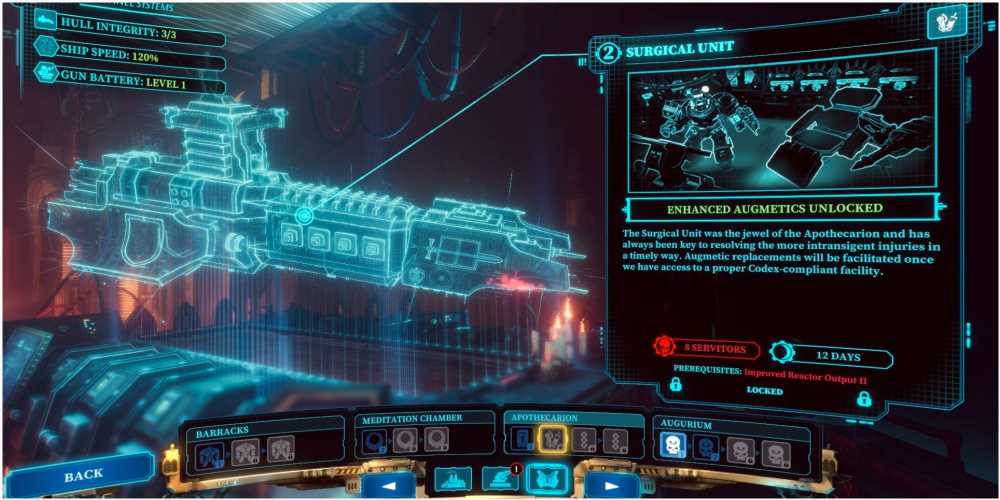 There are many ways to customize your Knights in Warhammer 40,000: Chaos Gate – Daemonhunters. This could be purely cosmetic, or gameplay defining. These are mostly self-explanatory, but one method of customization is locked behind a potentially missable series of unlocks and resources – augmentation.

You might think that Augmentation is something that just happens at random, or is a mechanic that is purely flavor text. After all, in the early game where you are most likely to get an Augmentation, they don’t offer any combat benefits or detriments. Sequestered away in the Mechanicum, however, is the true path of Augmentation.

How To Unlock The Surgical Unit 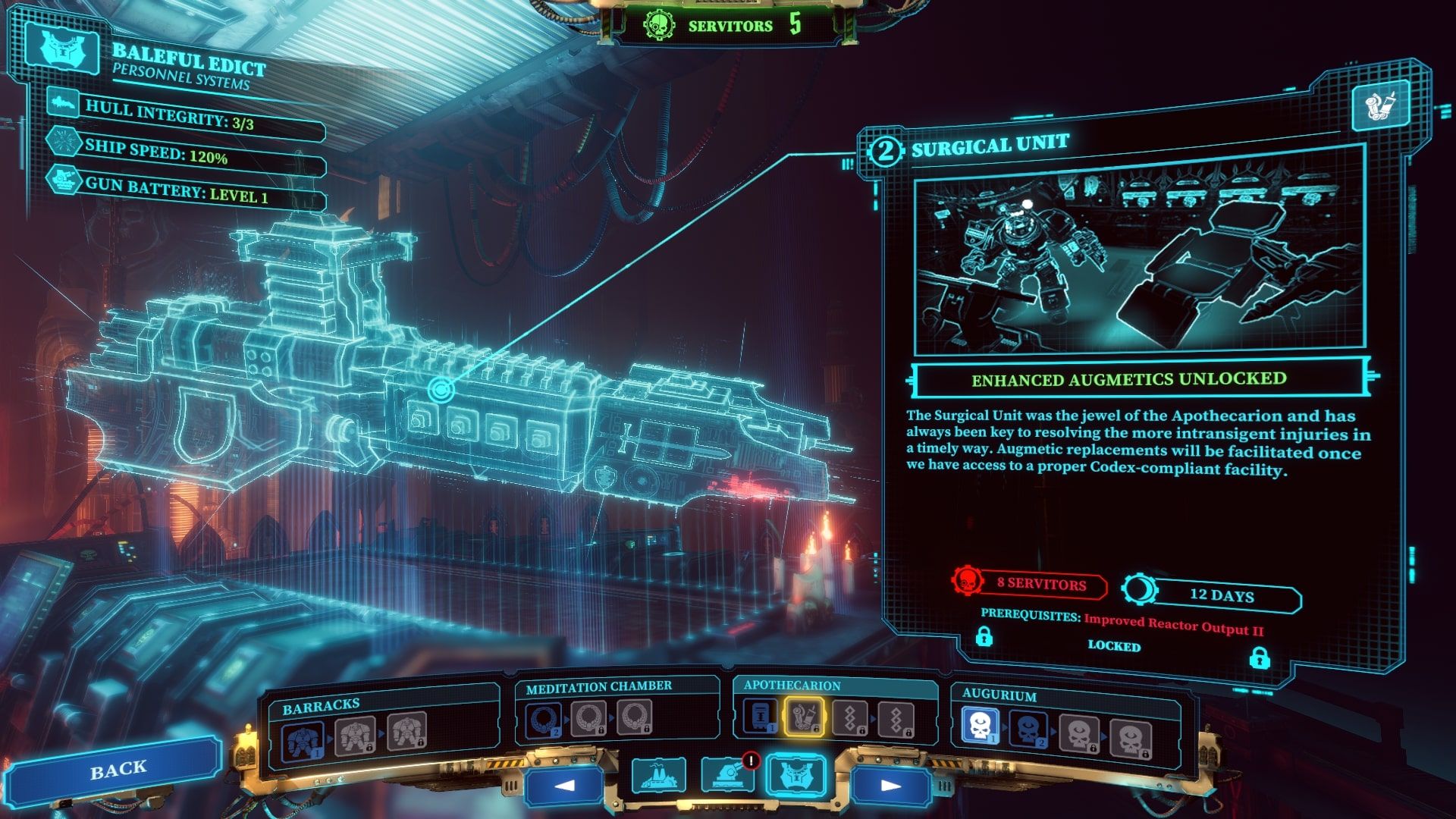 The Surgical Unit is the facility you need to fully unlock Augmentation. This tech can be rushed early if you want, but it is locked behind a couple of upgrades and will slow your progress in other areas.

Firstly, you will need to go to the Mechanicum and unlock Improved Reactor Output 2 under the Support Systems menu. Once this has been unlocked, you can go to Personel Systems and start the construction of the Surgical Unit. It will cost eight Servitors, and take 12 days.

How To Augment You Knights 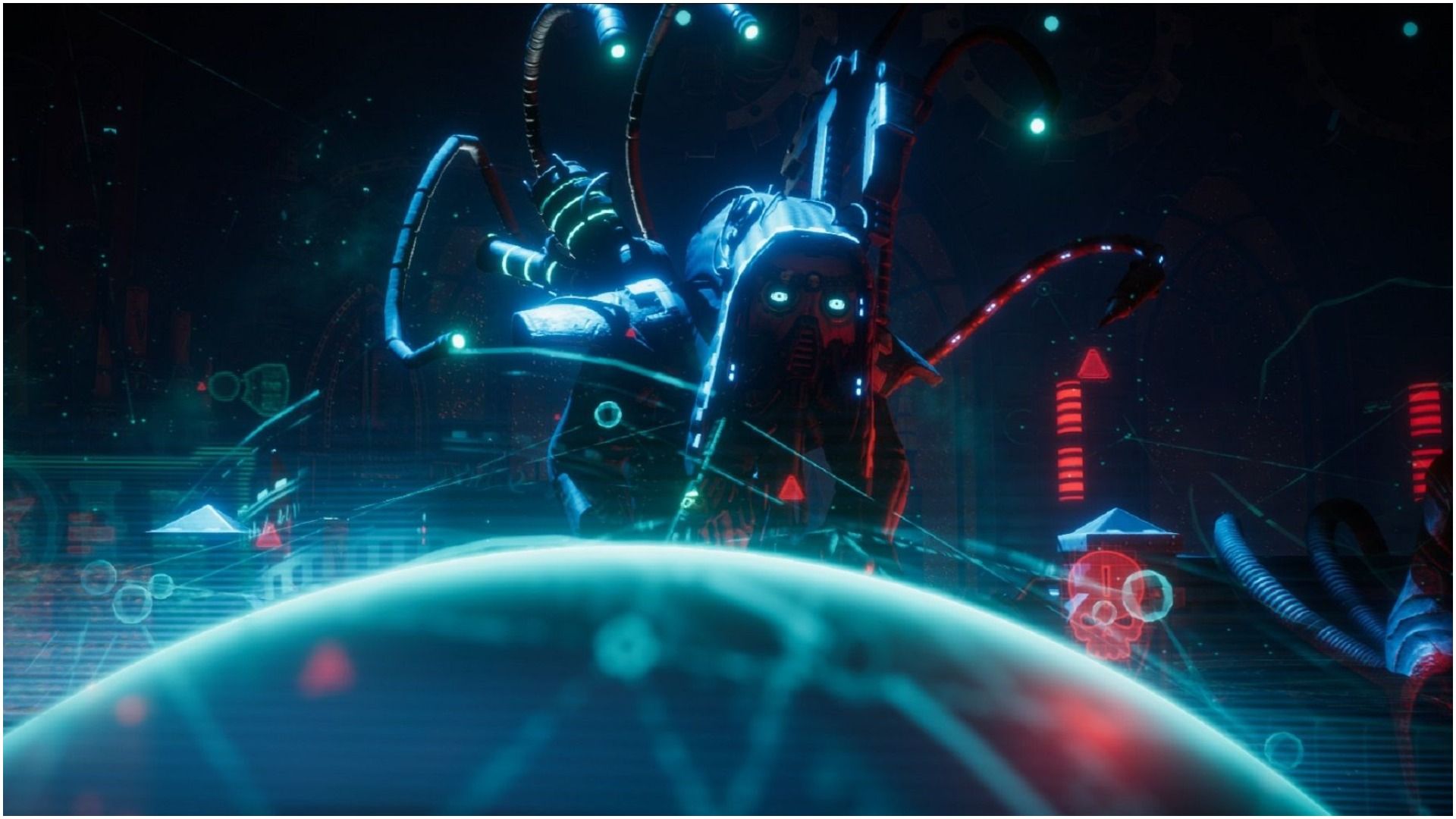 Once you have the Surgical Unit, Augmentation is unlocked, it’s just not accessible through a menu. Augmentation requires a Critically Wounded Knight. Basically, go into a combat mission and reduce their HP to 0.

Once you complete a mission, providing they didn’t die, they will be unavailable for a prolonged period. Once this timer has completed, you will be informed that your Knight has recovered and has been given an Augmentation. 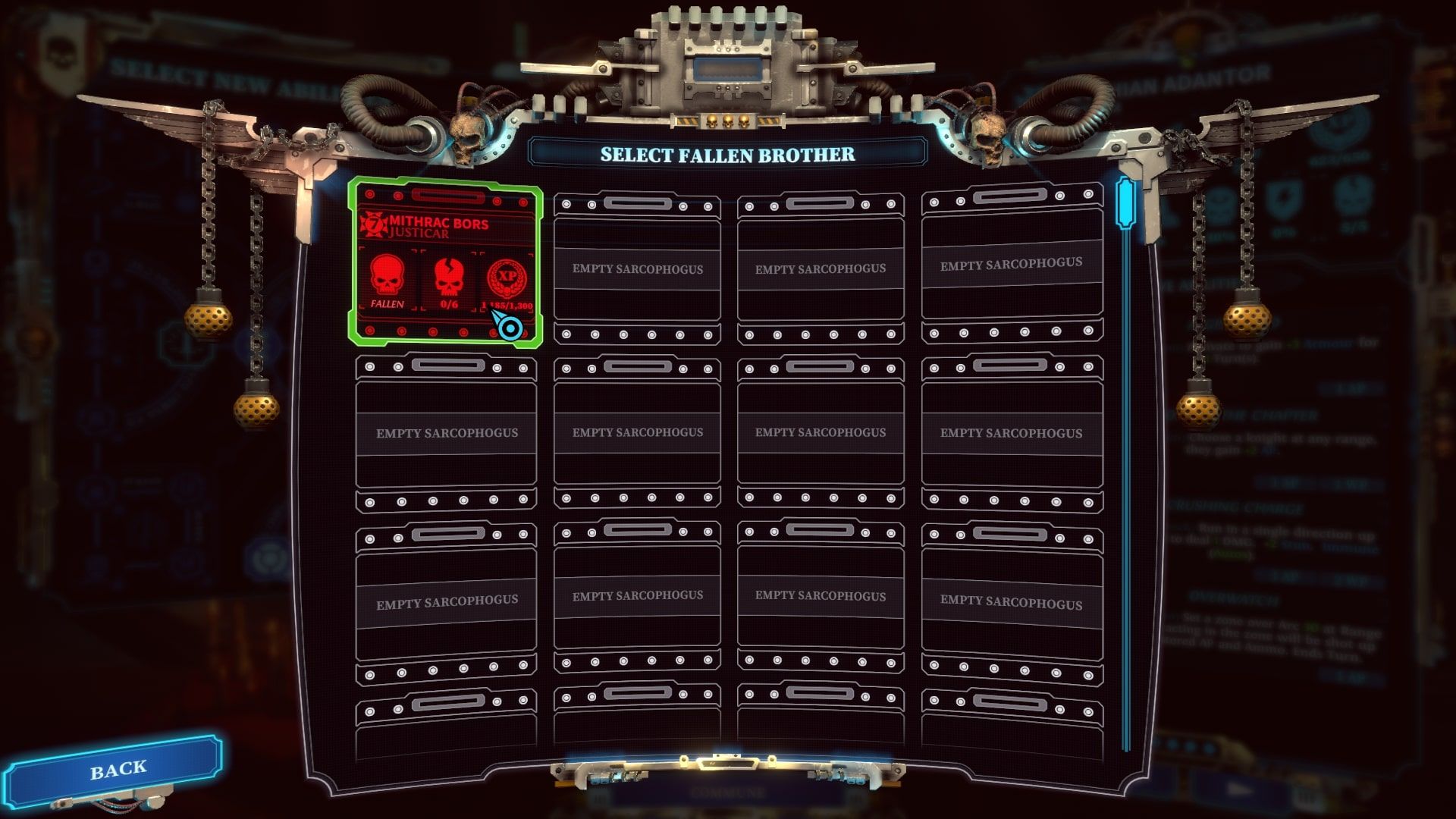 Augmentation is a very slow process, and it can be a fatal endeavor if you push your Knights too far. Even the strongest of Knights can only take so many Critical Wounds, and once they have run out of Resilience, they will die.

Not only that, there can be complications during recovery. There is a chance that a Critically Wounded Knight will straight up die before they ever get Augmented. This risk is not conveyed to the player, but it can happen nonetheless.

Augmentation can be a powerful tool to use when it crops up, but like with Respeccing, it is not something you can easily access due to the rarity and risks involved in obtaining the required “resources”.