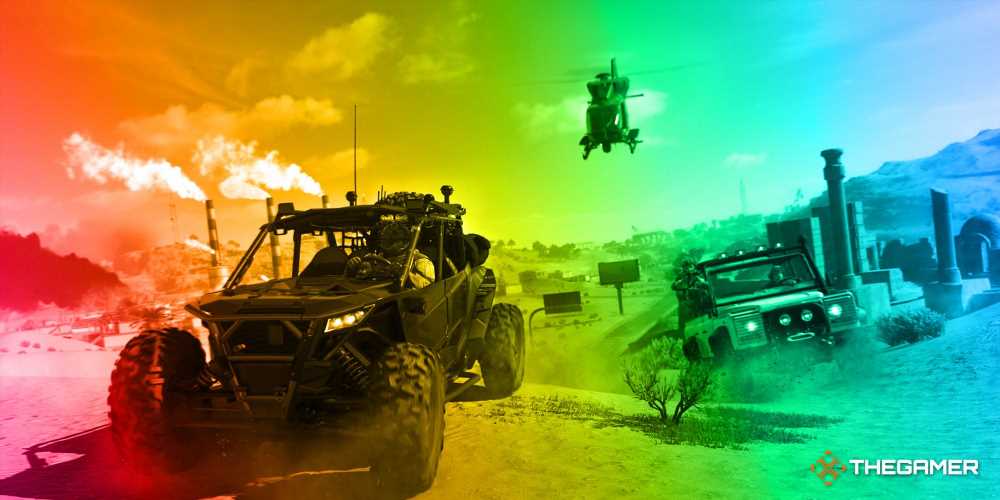 The number of players logging hours in Warzone 2 means some wild stuff can happen on a pretty regular basis. Someone stumbling on an area of the match glitching so hard that it looked more like Mario Kart's Rainbow Road than the somewhat bland Al Mazrah is a new one on us, though.

Warzone player jamcowl stumbled upon the glitch and shared their findings on Reddit. As confused as most of the people watching the video would have been, the player sounds a little panicked as both the landscape around them and the player they're controlling start to glow a variety of different colors. Not to mention the glaring lights flashing on the screen that would have made an encounter with an enemy pretty tricky.

Accurately labeling the brightly colored area of the map a “psychedelic death hole”, jamcowl hops in a helicopter and quickly leaves the rainbow colors behind. The lights continue to flash as they ascend into the sky, thankfully not following them around for the rest of their match. As for the reason for this glitch, it sounds like the odds of others stumbling upon their own Rainbow Road are pretty slim.

A number of theories have been thrown out in the replies, but the most likely one points to a problem with jamcowl's GPU rather than the game itself. The player has since admitted their GPU is a pre-owned one, and issues like the one above while playing a game like Warzone 2 on PC might well be a sign that it isn't long for this world.

While flashing rainbow lights probably won't be something that troubles you in Warzone anytime soon, unless your GPU is in need of replacing too, there are some other problems to be on the lookout for. Helicopters exploding for no reason, for example, not to mention the discovery that spam-reporting players can result in them getting shadow banned, even if they haven't done anything wrong.