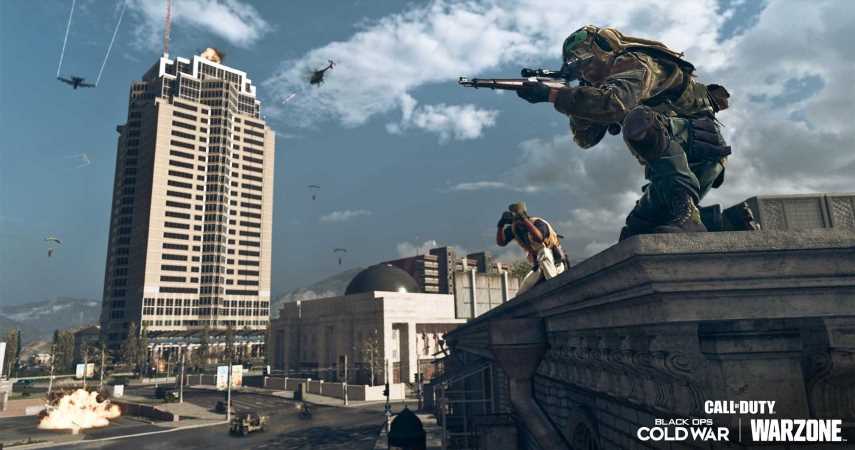 Rambo and John McClane finally arrive in Call of Duty this week as the franchise celebrates ’80s action heroes.

After voice clips and screenshots of the iconic characters were leaked, Call of Duty players have been eagerly awaiting the arrivals of John Rambo and John McClane. That day has finally arrived as the trailer for CoD’s ’80s Action Heroes event dropped this week. Rambo, McClane, and a host of other nostalgia-fueled action movie elements will arrive in-game today or tomorrow, depending on your timezone.

Perhaps the most exciting part of the trailer, which you can check out below, is the reveal of Nakatomi Plaza. The iconic building, which is the setting for the very first Die Hard, will be a new point of interest added to Verdansk, presumably for the duration of the event. Speaking of which, CoD’s ’80s Action Heroes event starts at 9 pm PT on May 19, 2021, and will run until the same time on June 18, 2021.

The event will be live in Warzone, Black Ops Cold War, and even spill over onto Call of Duty Mobile. During the event, players will be able to buy Rambo and Die Hard bundles, each of which include themed operators, finishing moves, calling cards, emblems, and other items. Other new POIs include survival camps and a CIA outpost.

The event brings with it a new LTM called Power Grab. The map capacity will be reduced from 150 players to just 100 for Power Grab, but that doesn’t mean the action will suffer. The circle closes in faster and there’s no Gulag. The only way to get a second chance is to rely on a teammate reviving you. That can be done via a Buy Station, or by collecting their dog tags.

When it was first revealed that Verdansk would be getting a 1980s makeover for season three, players wondered how exactly that would be implemented. Turns out not just by turning back the clock and changing Warzone’s appearance, but also by adding some iconic characters and settings from that moment in time. Jump into CoD as Rambo later today, and ascend Nakatomi Plaza as John McClane while you can.