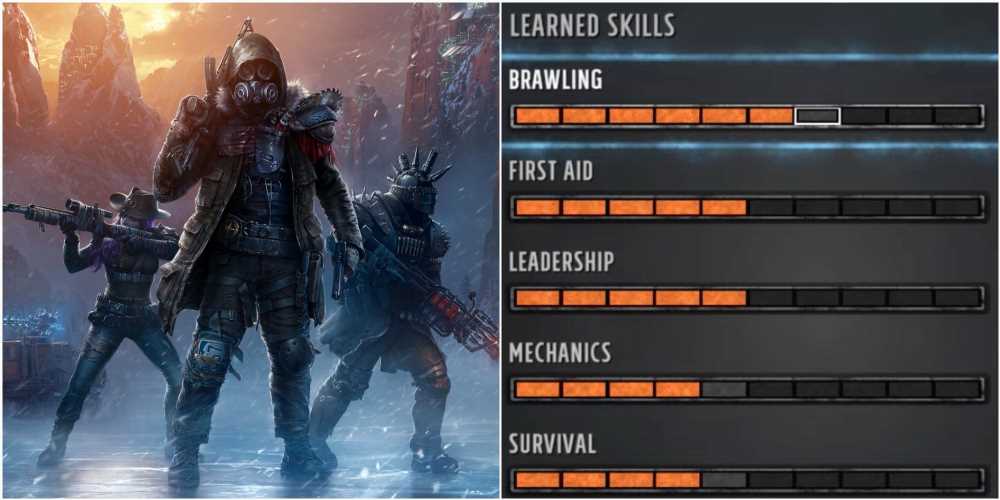 It's hard out there after the apocalypse. You're surrounded by a bunch of thugs and, sometimes, all you've got to fend them off with are your two bare hands. If only you could put your fists in something to give you that extra boost you need to defeat these dangerous foes.

Luckily for you, Wasteland 3 comes with a long line of weapons suited for hand-to-hand combat. But these Knuckles, Fists, and Gauntlets aren't all created equal. From foam fingers to chainsaw gloves, you're bound to find something that suits your bash-'em-smash-'em needs. Here's how each of these brutal melee weapons rates.

While you're technically able to use many of these weapons below the required Brawling level, you'll incur penalties in Hit Chance, Critical Chance, Critical Damage, and Strike Rate if you do.

16 Heartstopper: Not Worth Crafting 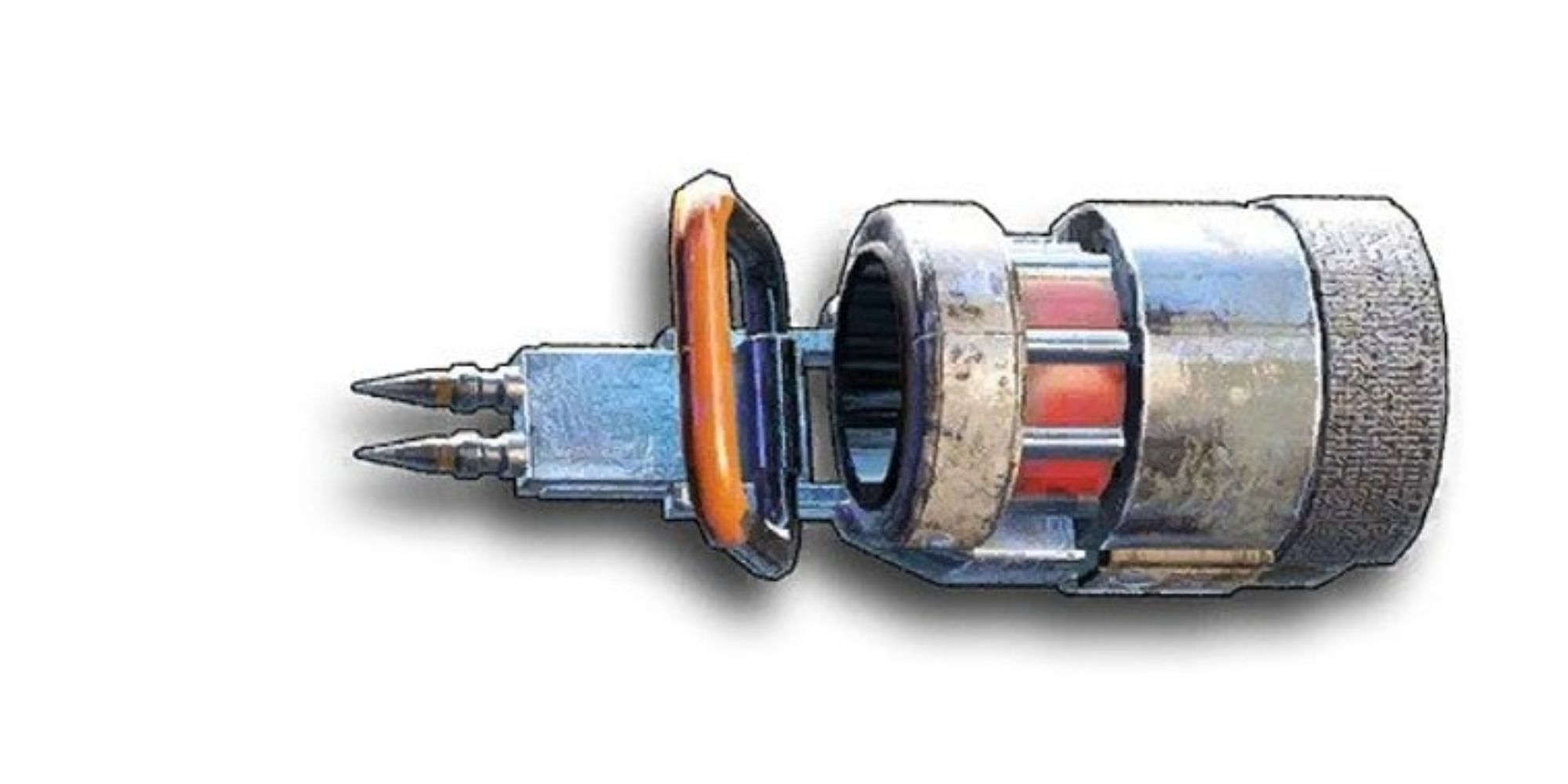 To make the Heartstopper, you'll need a Power Gauntlet, an incendiary capsule, 200 scrap, and a Weapon Modding 10 skill. You also need to be at Brawling 10 to avoid any penalties.For all of that, the Heartstopper is appallingly weak, dishing out just 20-30 Damage. Its upside, however, is its 99 Penetration. The Heartstopper attaches explosive charges to your enemy to shatter their armor. While that sounds good, this isn't immediate; the charge detonates after a few turns.

In short, the Heartstopper takes too long to do what it's supposed to do, and it requires a Power Gauntlet to use. With a weapon that is already so powerful, going through the trouble to make the Heartstopper is pointless. Newer players should watch out, lest they waste valuable resources on this ill-advised upgrade. You can discover how to craft Heartstopper by searching a duffel bag in Little Hell, located in the same room as Rook. 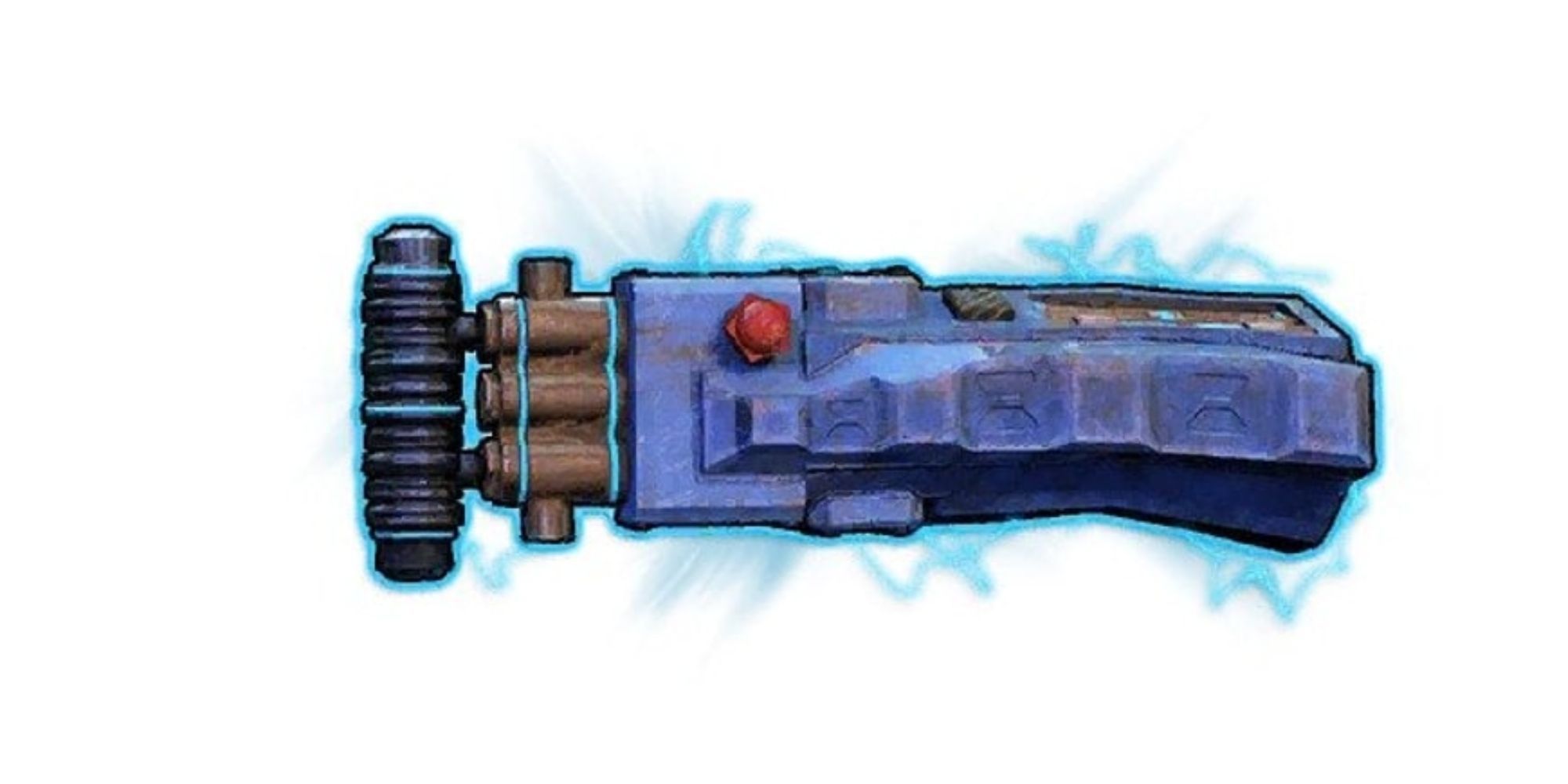 The Disruption Gauntlet is primarily used for missions in the Battle of Steeltown DLC. It can be used at Brawling 4 and dishes out just 3-4 Damage. For mission-specific reasons, this weapon encumbers opponents with Disruption, which weakens and Stuns rather than kills.

14 Brass Knuckles: For The Most Basic Brawling 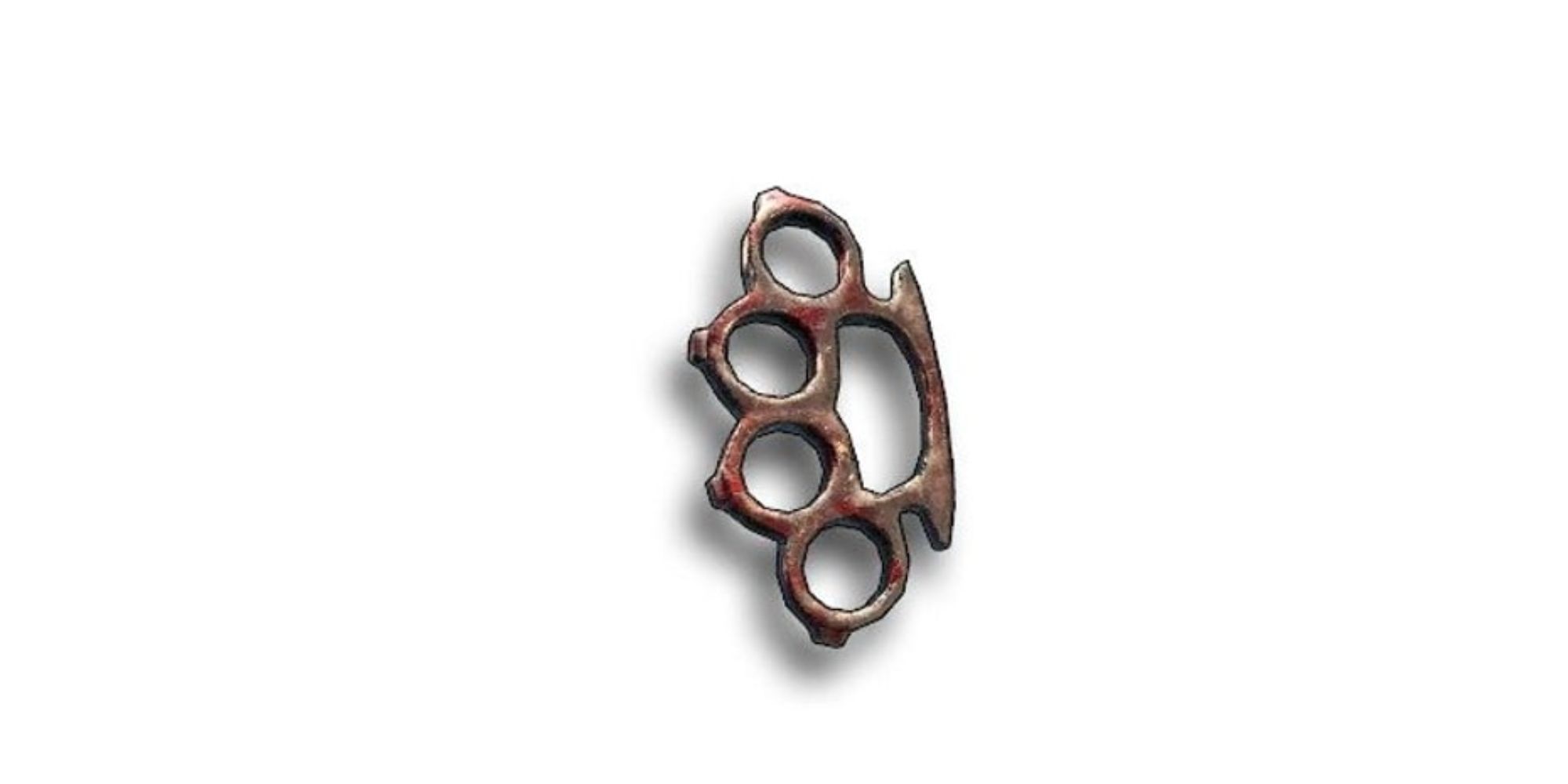 Unfortunately, Brass Knuckles won't get you very far in post-Apocalyptic Colorado. It's a basic Brawling 1 weapon, but it has a high 90 percent Hit Chance and costs two AP to use. Its main drawback is that it deals a paltry 6-9 Damage, which is among the lowest for Brawling in the whole game.

Brass Knuckles also doesn't offer any special perks. At least it serves the purpose of being better than a pair of bare fists, right? Brass Knuckles is the Brawler's starting weapon, so you get it right from the beginning of the game. 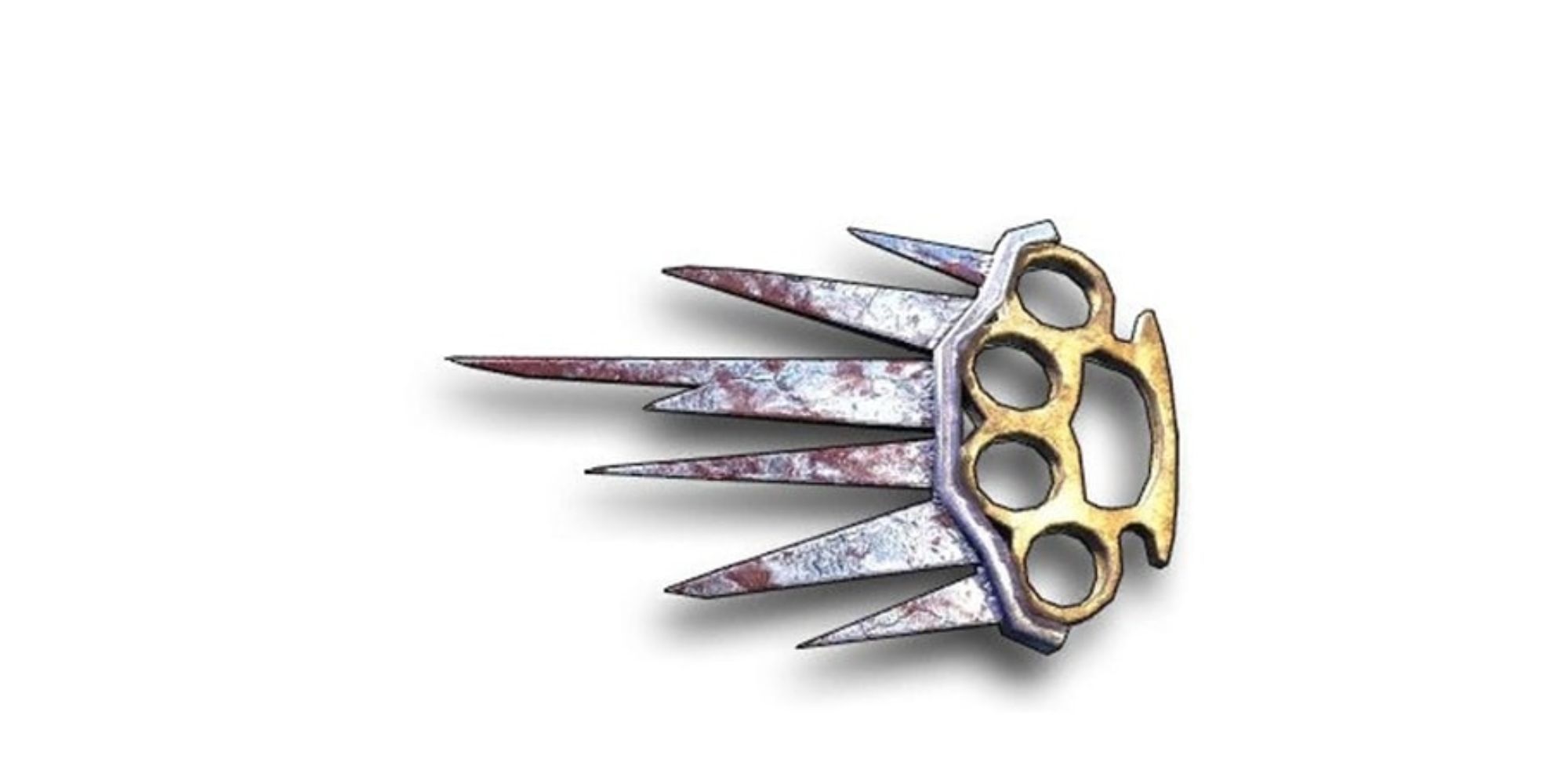 Glass Knucks is likely to be the very first weapon you upgrade to. You need to be at Brawling 2 to use it properly, and you'll be enjoying slightly higher damage than with Brass Knuckles.

What makes Glass Knucks a definite improvement over its brass cousin is that it grants a bonus to your speed and applies a one-in-four chance of making your enemy Diseased. That being said, Glass Knucks remains little more than a standard starter item. Glass Knucks can be found near the Kodyak's ambush site.

12 Foam Finger: A Rather Pitiful Perk 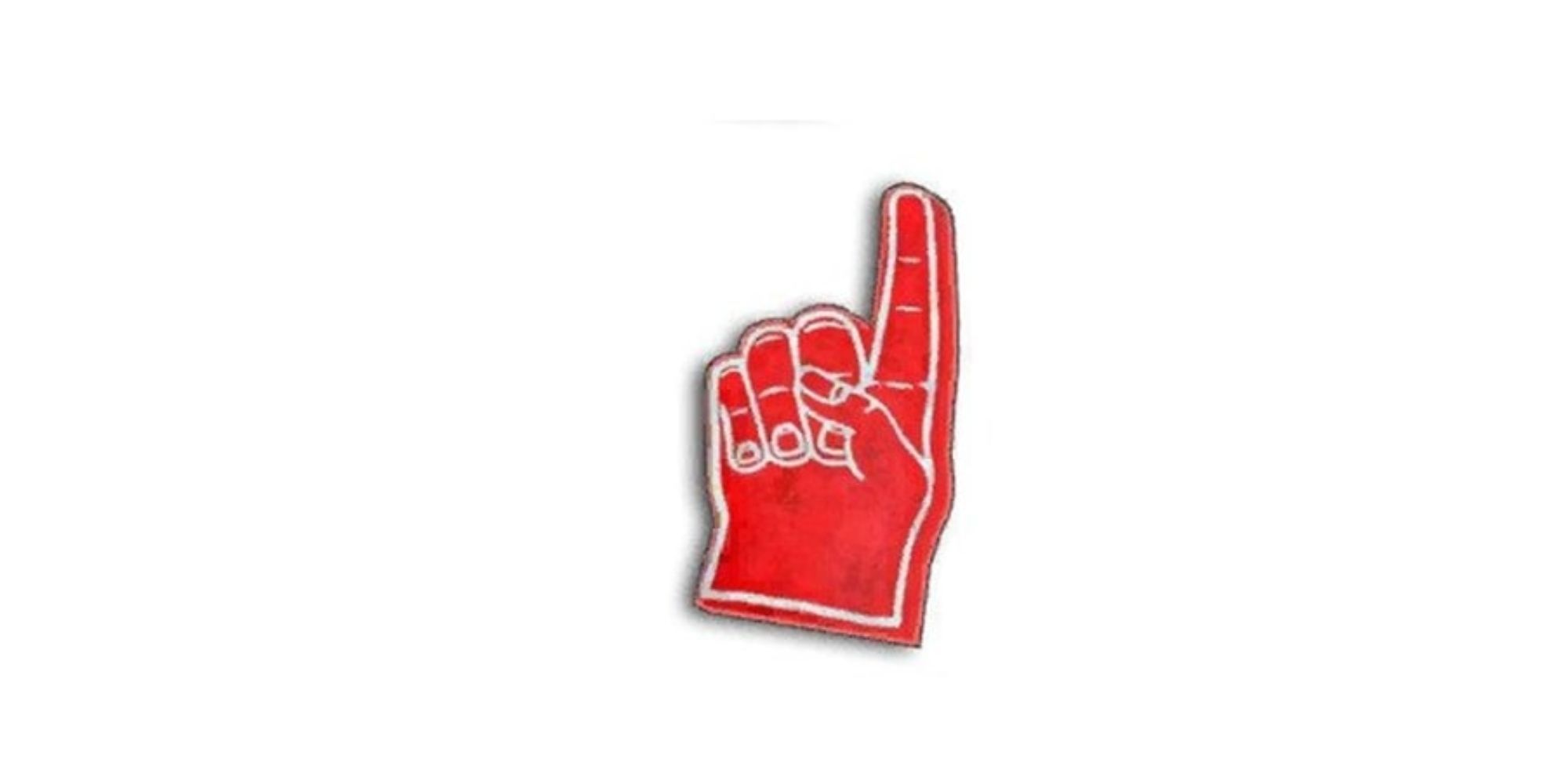 Who needs brass and glass when you've got foam at your disposal? A gimmicky but fun craftable weapon, the Foam Finger, incredibly, deals Damage in the 8-11 range – higher than both the Brass Knuckles and Glass Knucks. It even has better Penetration than the Glass Knucks and, for three AP, you can Inspire your allies. This grants your allies two additional AP and increases their Hit and Critical Chance by 10 percent for one turn.

That being said though, the point of brawling is to pummel bad guys; not to cheer on your pals. Find the method for crafting the Foam Finger from a corpse in the Warrens. 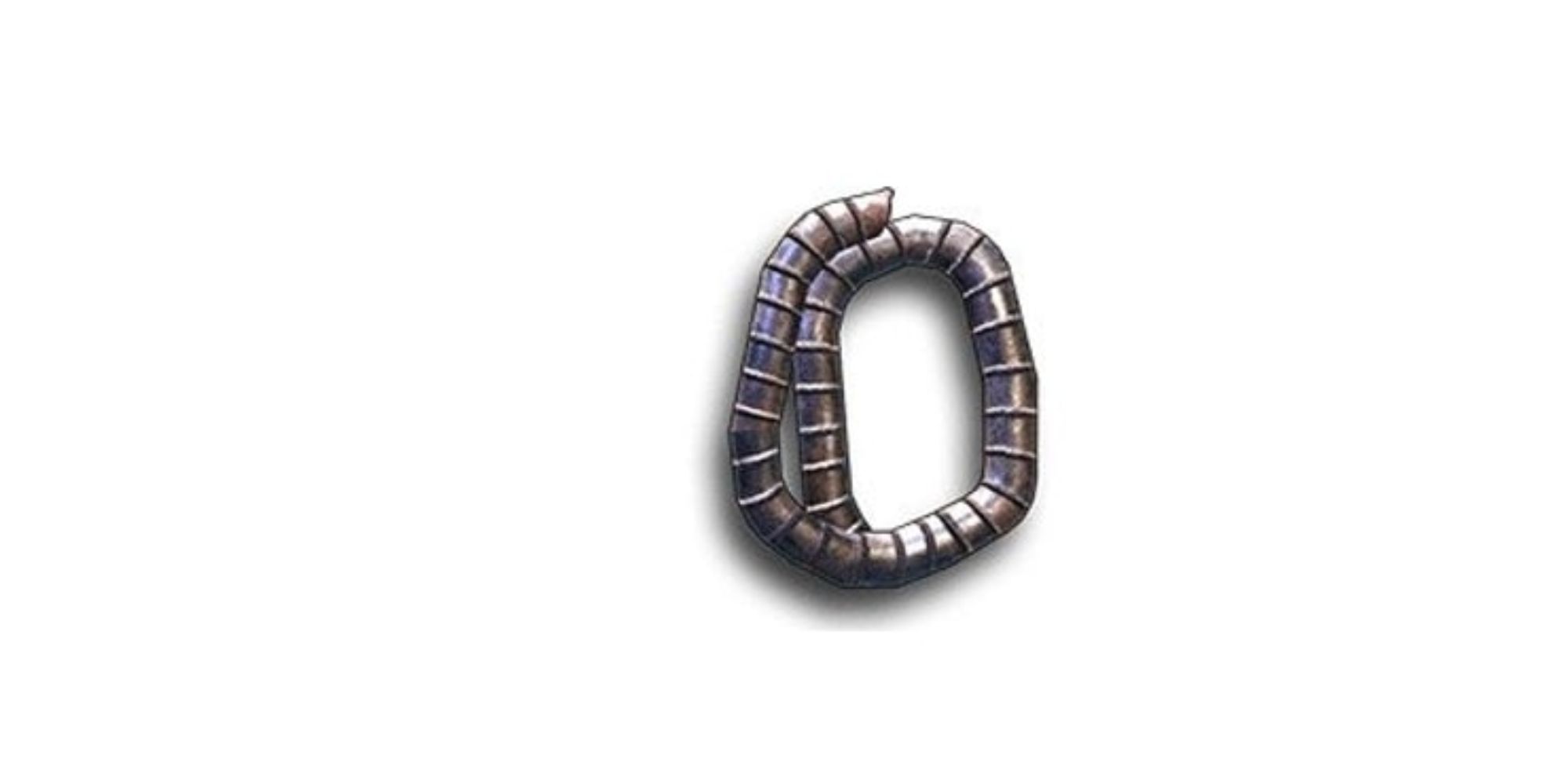 The best knuckles in the game. Like the Glass Knucks, you only need to be at Brawling 2 to use it, but with 9-13 Damage, it hits harder. It also has the best Penetration of the knuckles. Best of all, Rebar Knuckles features the Sucker Punch perk, which is a little added bonus attack that has a 40 percent Hit Chance and deals half its normal damage to an enemy. Not bad for an early-build item.

Rebar Knuckles is sold by Taiwan Jones in Downtown Colorado Springs and by Inspector Delgado at the Peterson Air Force Base.

10 Jawbreakers: Not Quite Stunning Enough 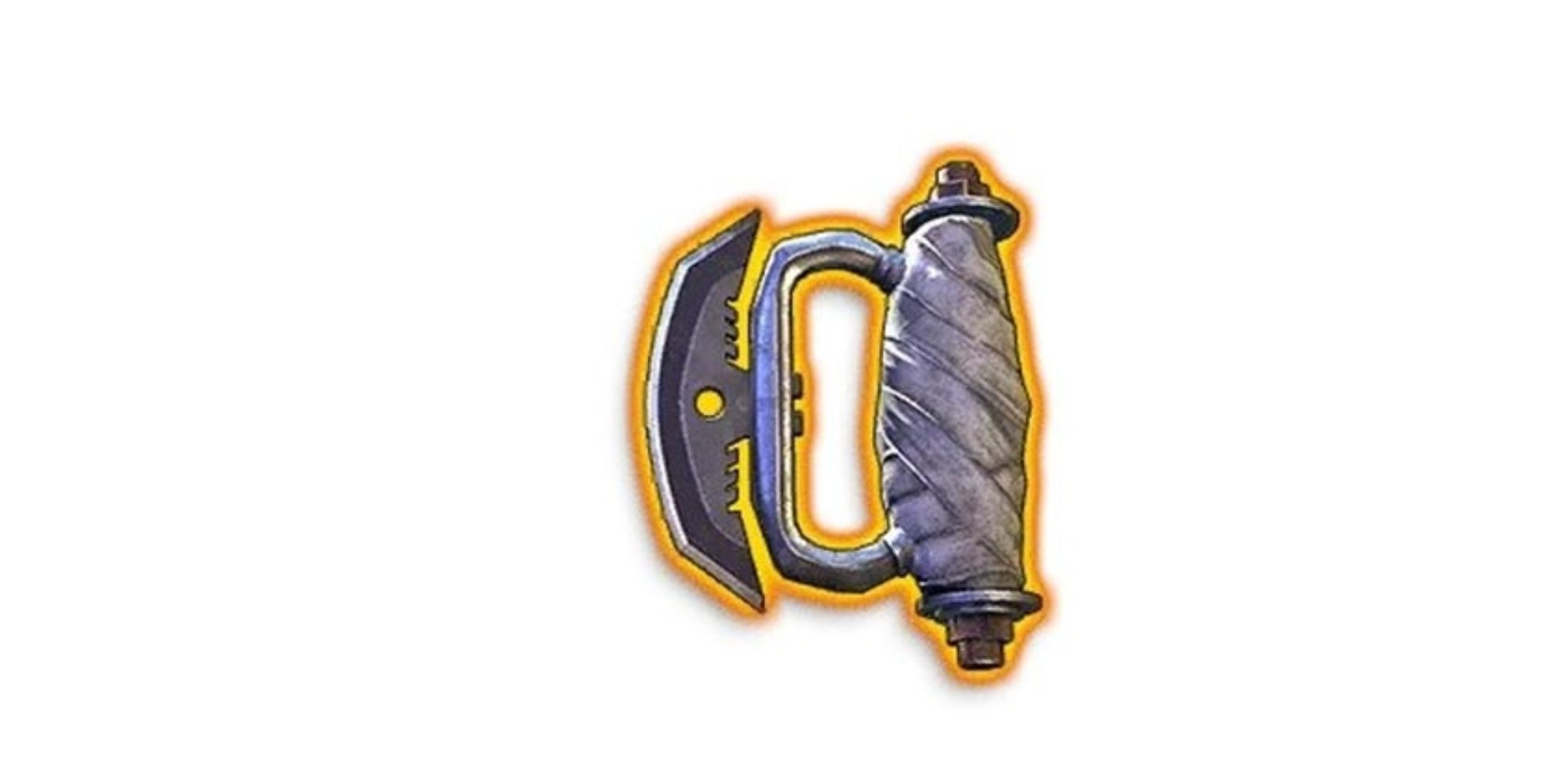 Jawbreakers is a hard-hitting and gruesome weapon. Brawling 3 is required to use it to its fullest potential, and, delivering 11-16 Damage, it's quite the upgrade from Brawler 2 weapons like the Glass Knucks and Rebar Knuckles. Unfortunately, the only perk to speak of is just a 15 percent chance to Stun your enemy. It's a pity that figure isn't higher.

If you side with Faran Brygo in Big Trouble in Little Vegas, you can buy Jawbreakers from Joey Bagodonuts at Peterson Air Force Base.

9 Thundercracker: It Had Cracking Potential 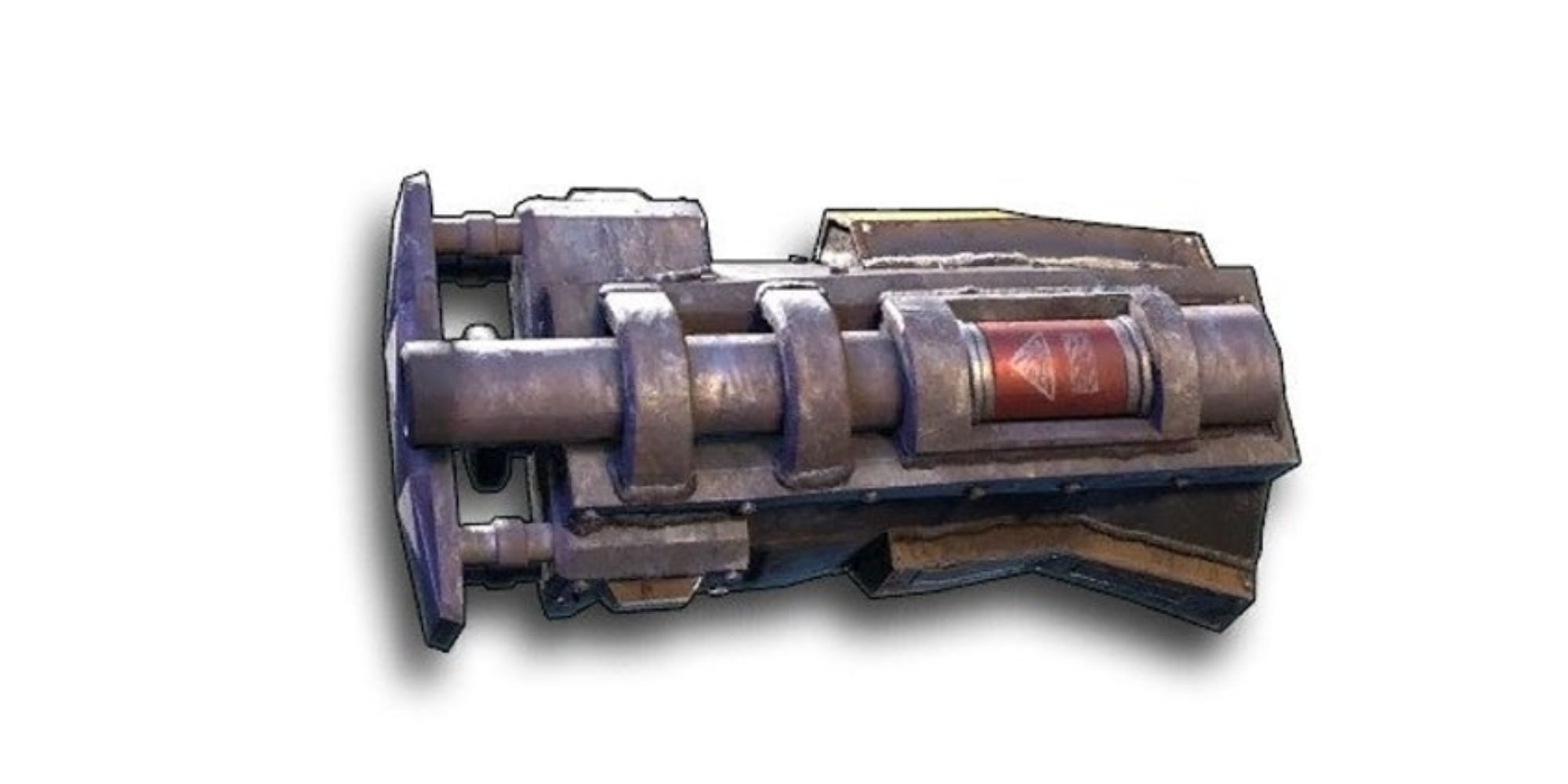 Thundercracker is a gimmicky weapon that probably isn't as powerful as it should be, but it's pretty cool nonetheless. In short, it's a gauntlet with a shotgun attached to it. The problem is that for most of Wasteland 3, shotguns aren't great, and this is still primarily a brawling weapon rather than a shotgun.

There are definitely better ways to enjoy guns in Wasteland 3. At Brawling 7, Thundercracker is a fine but middling weapon. You can buy Thundercracker after you take over the Club Hooligan Weapons Shop.

8 The Grizzly: Another Early-Game Powerhouse 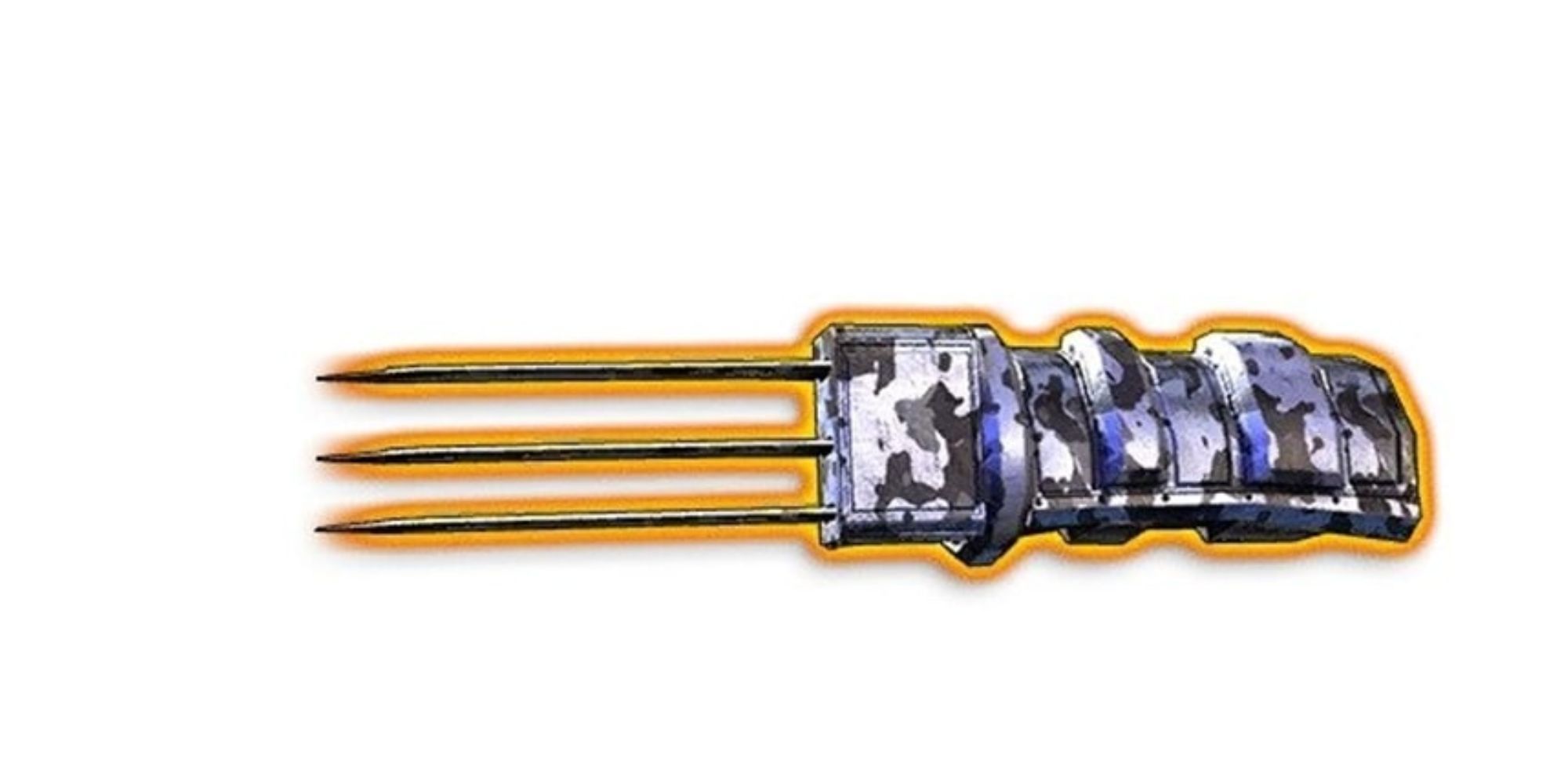 As far as power goes, This weapon is your best friend in the early game. The Grizzly is capable of 9-13 Damage, and you only need a Brawling 1 skill requirement to make full use of it. It also gives your enemy a decent 25 percent Bleeding Chance. While not as powerful as Jawbreakers, the Grizzly is boosted by its ability to be used from the very start of a Brawler build.

Talk to Snappin' Jimmy Bob in Downtown Colorado Springs to buy The Grizzly. 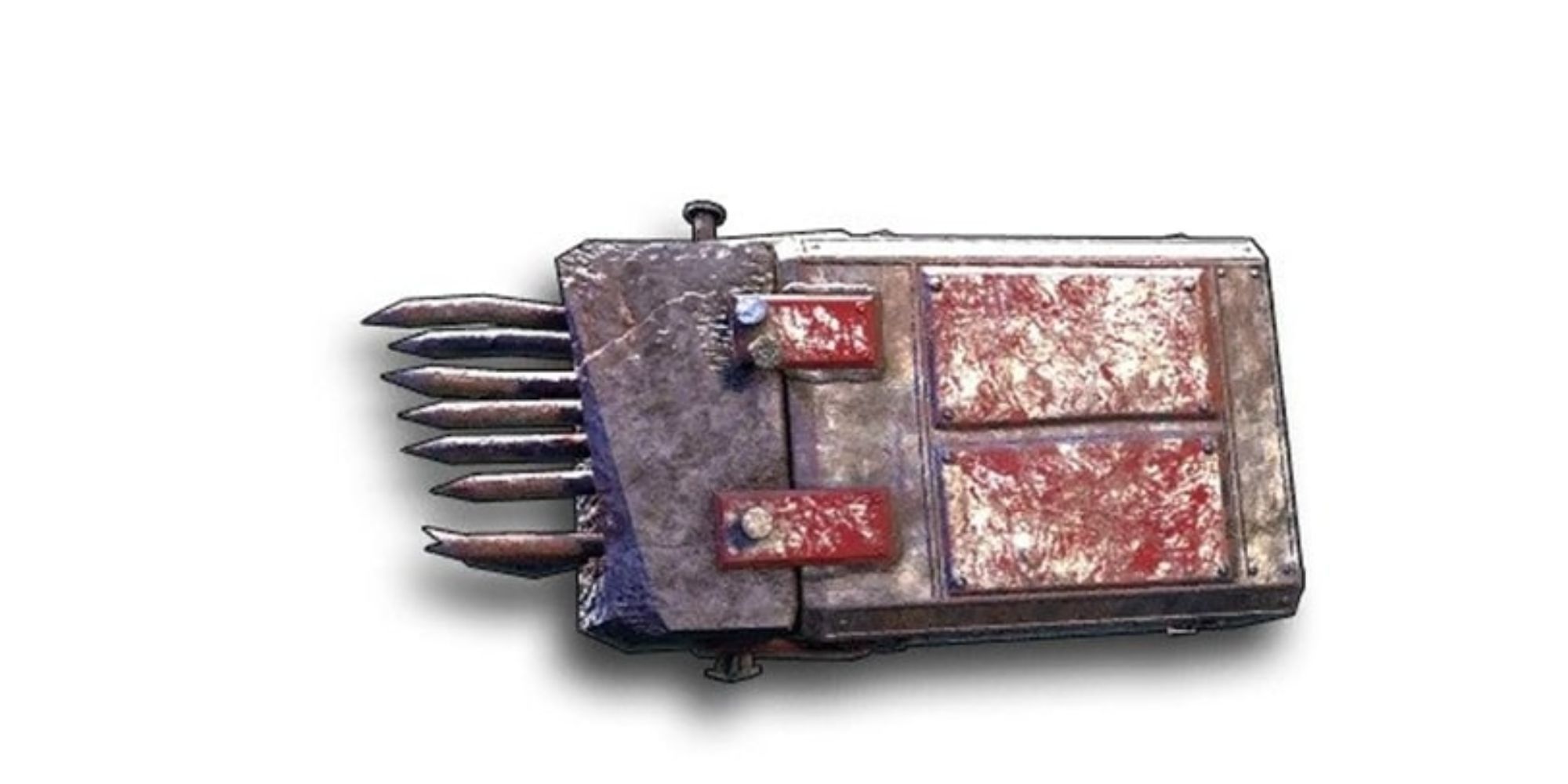 You need to be at Brawling 4 to make full use of the Nailbox, and with 14-20 Damage, it's a nice jump up from a lower-ranked weapon. You might find it to be an instant upgrade if you haven't yet modded the Jawbreakers. With a Penetration level of 5 and costing just two AP, the Nailbox also features the Heavy Attack ability, which has a 70 percent chance to be a critical hit. Unfortunately, Heavy Attack only has a 40 percent Hit Chance.

You can find the Nailbox in Downtown Colorado Springs (sold by Taiwan Jones), the Bizarre (The Sanctified Piscitelli), Denver Ruins (Sister Nancy Forge), and Peterson Air Force Base​​​​​​ (Inspector Delgado).

6 Sawblade Cestus: Lots Of Power With A Heavy AP Cost 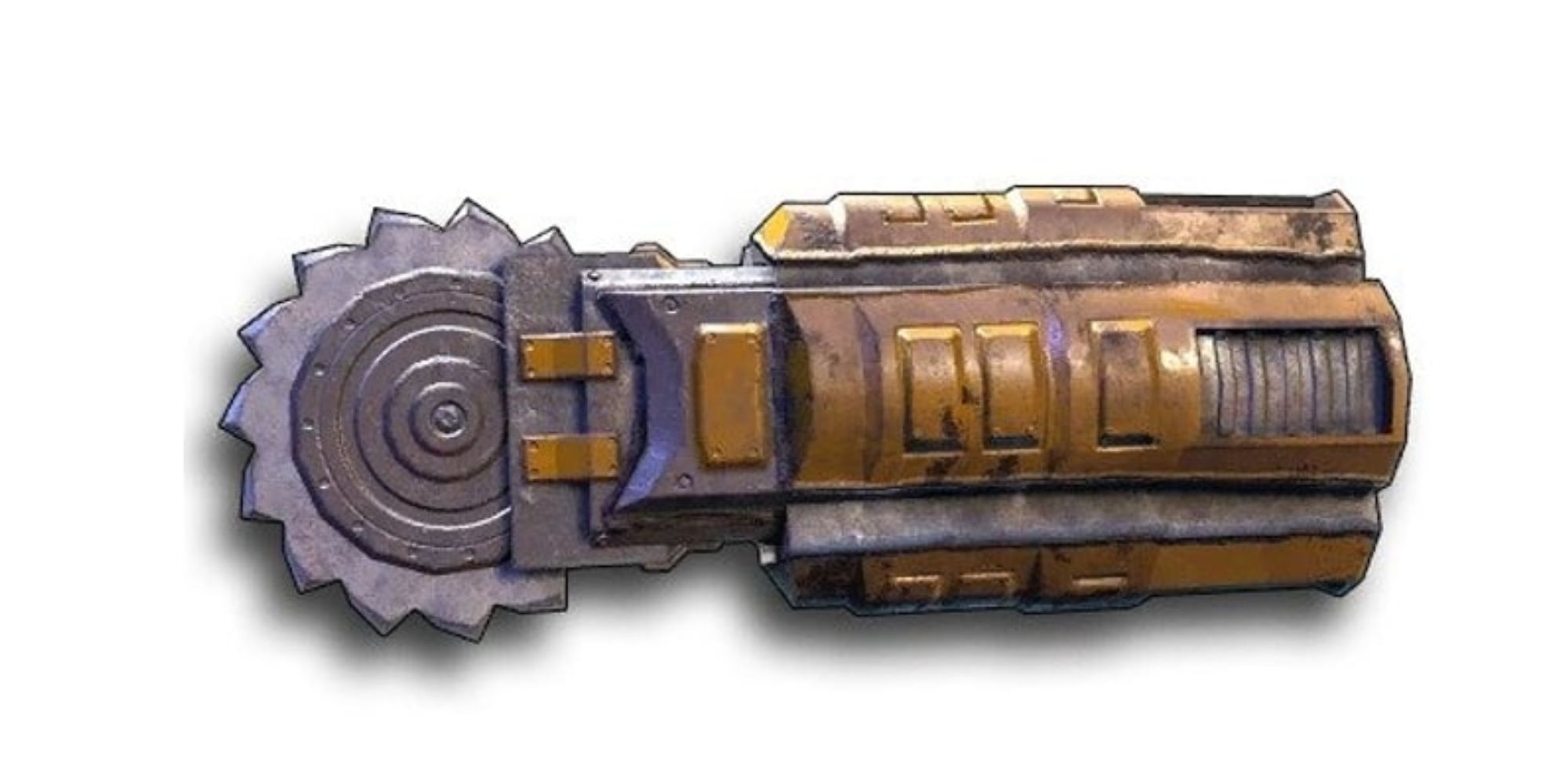 Purchase the Sawblade Cestus from Sister Nancy Forge in the Denver Ruins or from The Sanctified Piscitelli in the Bizarre. 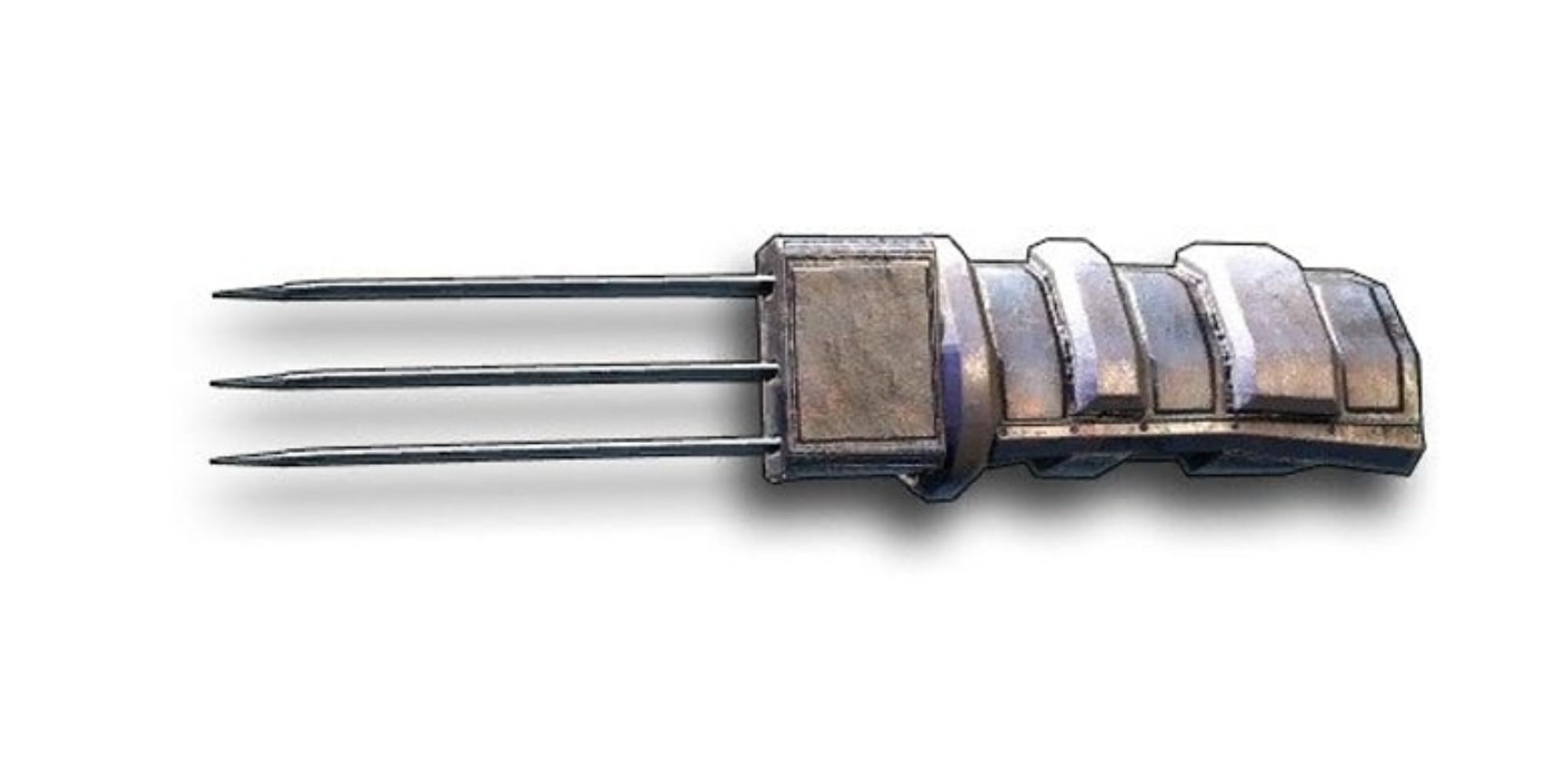 The Clawed Gauntlet deals slightly less Damage than the Sawblade Cestus, even though you need to be at Brawling 6 to take full advantage of its powers. In exchange, its Penetration is higher (10 to Sawblade Cestus' 7), it requires only two AP to use, and it has wonderful abilities. The Clawed Gauntlet has a 20 percent chance to apply your enemy with Damaged Armor and allows you to use Heavy Attack.

Buy the Clawed Gauntlet from Cheebus if you come across him or Opie in Aspen. You'll need Lockpicking 7 to reach Opie. 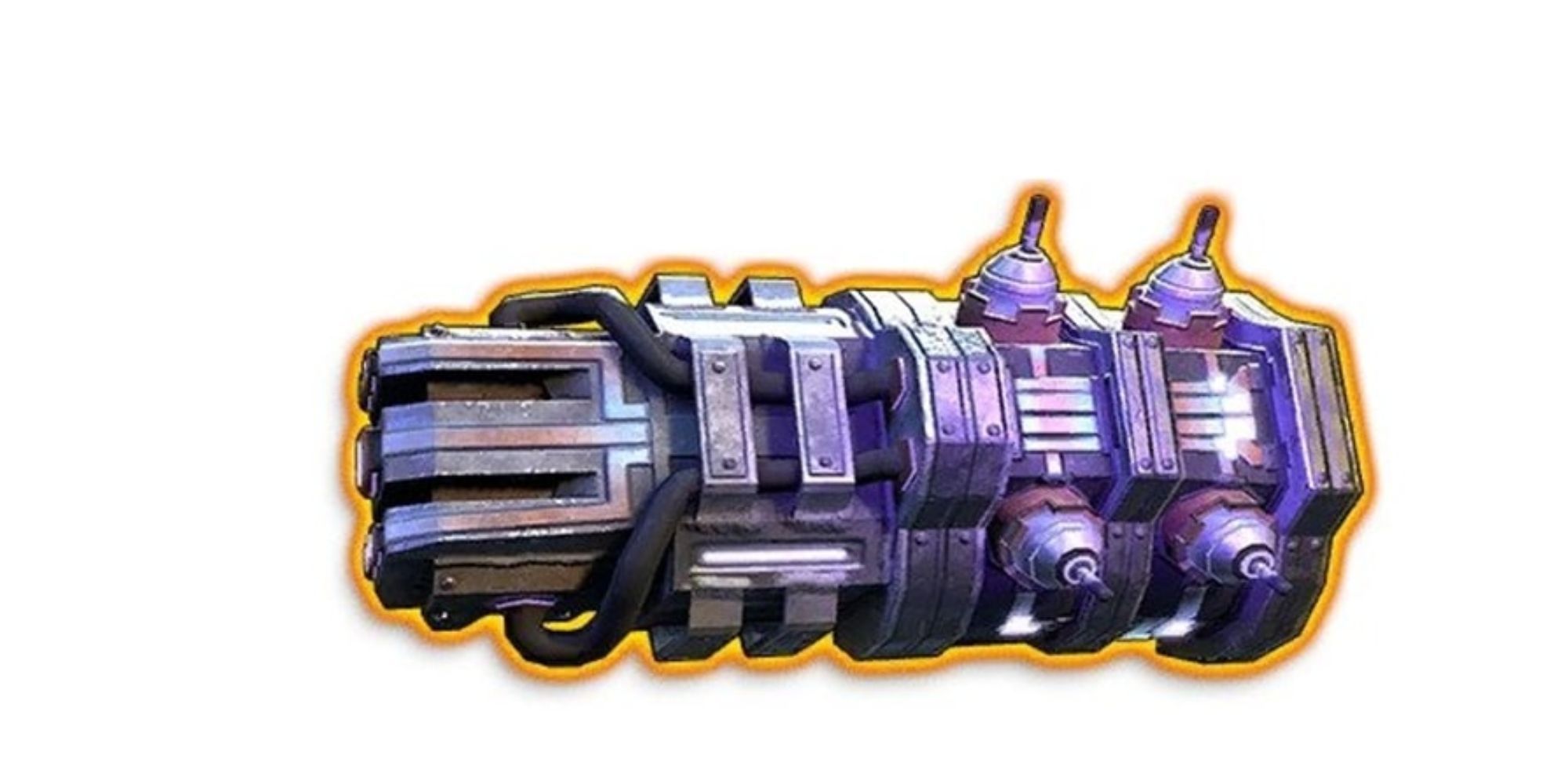 Dishing out 33-49 Damage with a 90 percent Hit Chance, the Plasma Fist (not really an energy weapon despite the name, sadly) also comes with 99 Penetration and costs two AP to use. For what it's worth, its Critical Multiplier is slightly lower than most weapons. The real highlight of the Plasma Fist comes in its perks. It has a 10 percent chance to Shock opponents, which reduces their Constitution every turn and cuts their AP by two.

The Plasma Fist also deals 30 percent extra Damage to mechanical targets. However, Damage is reduced by 30 percent on organic ones. It appears in the Ranger HQ armory in the late game. Otherwise, you can buy it from The Mechanic at the Yuma County Speedway.

The Pneumatic Gauntlet appears in the Battle of Steeltown DLC. It has the potential to be the ultimate instrument of destruction for any self-respecting brawler. It can be used at Brawling 6 and provides an astonishing 142-208 Damage and a 90 percent Hit Chance. That damage is 30 percent better against mechanical enemies and 30 percent worse against organic ones, though. You can upgrade this already-mighty weapon to the Elite Pneumatic Gauntlet for even more destruction. The catch is that both versions of the glove cost a frightening five AP to use.

The most straightforward way to acquire the Pneumatic Gauntlet is to buy it from Wink Tillman in the Steeltown admin level after you complete the Factory Fracas quest. Otherwise, it may drop from containers in Markham and Hayes's rooms or, with high Perception or Lockpicking, you can find it by the Steeltown gates in the scrapyard or from a safe.

2 Flesh Fist: Great Damage, But Hurts The User Too 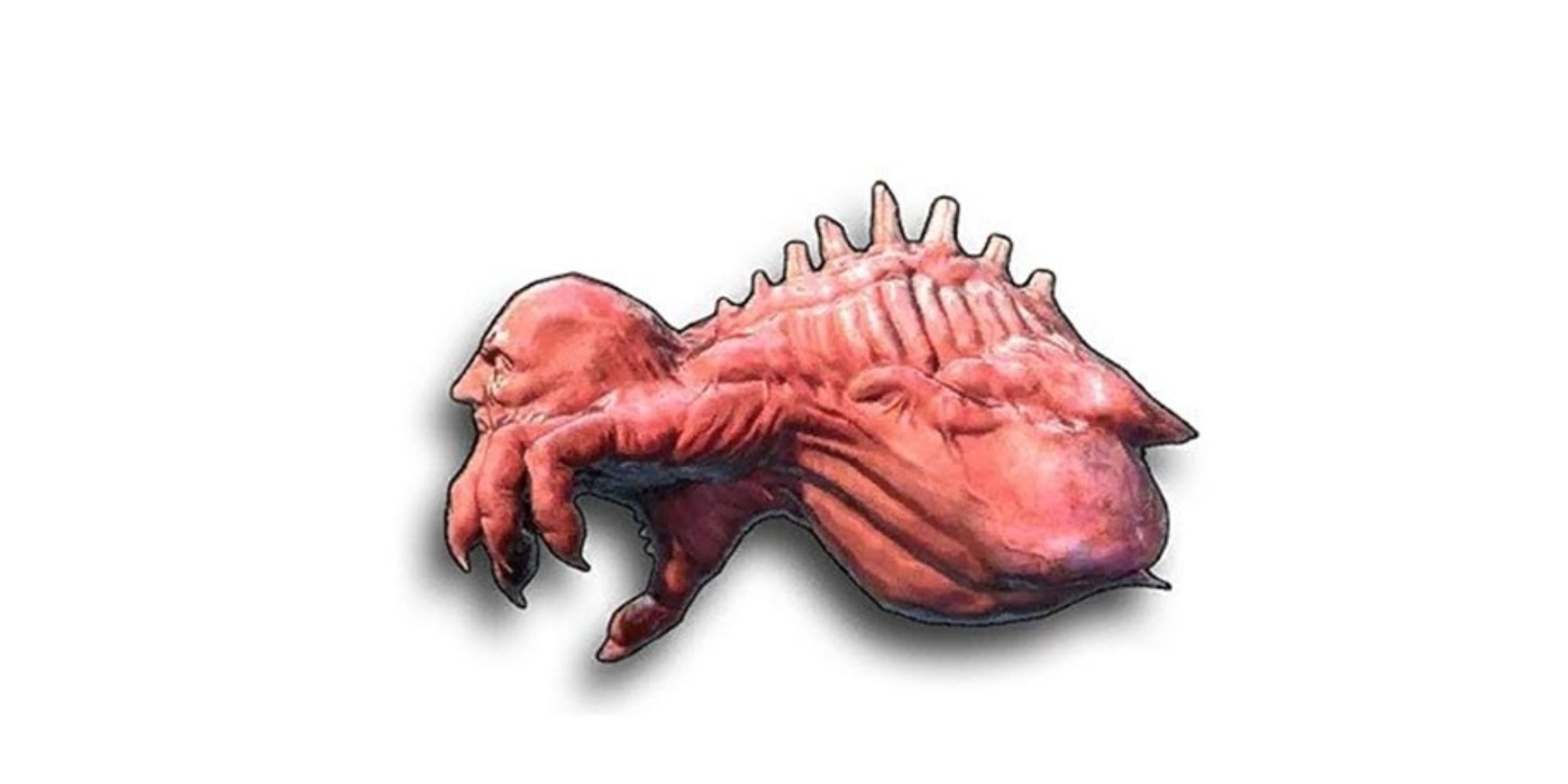 Flesh Fist appears in the Cult of the Holy Detonation DLC. It's capable of dealing out an impressive 45-65 Damage, and comes with the Reckless Attack ability that hits every nearby target – including yourself – for an additional 25 percent Damage. A 90 percent Hit Chance is nothing to sneeze at, but it has just a 1.1 Critical Multiplier. It can be upgraded to the Infused Flesh Fist for even stronger self-destructive behavior.

The Flesh Fist can be found in the Power Storage Facility in Cheyenne. Go to the Animal Research Lab and unlock a door there if you are at Lockpick 9. 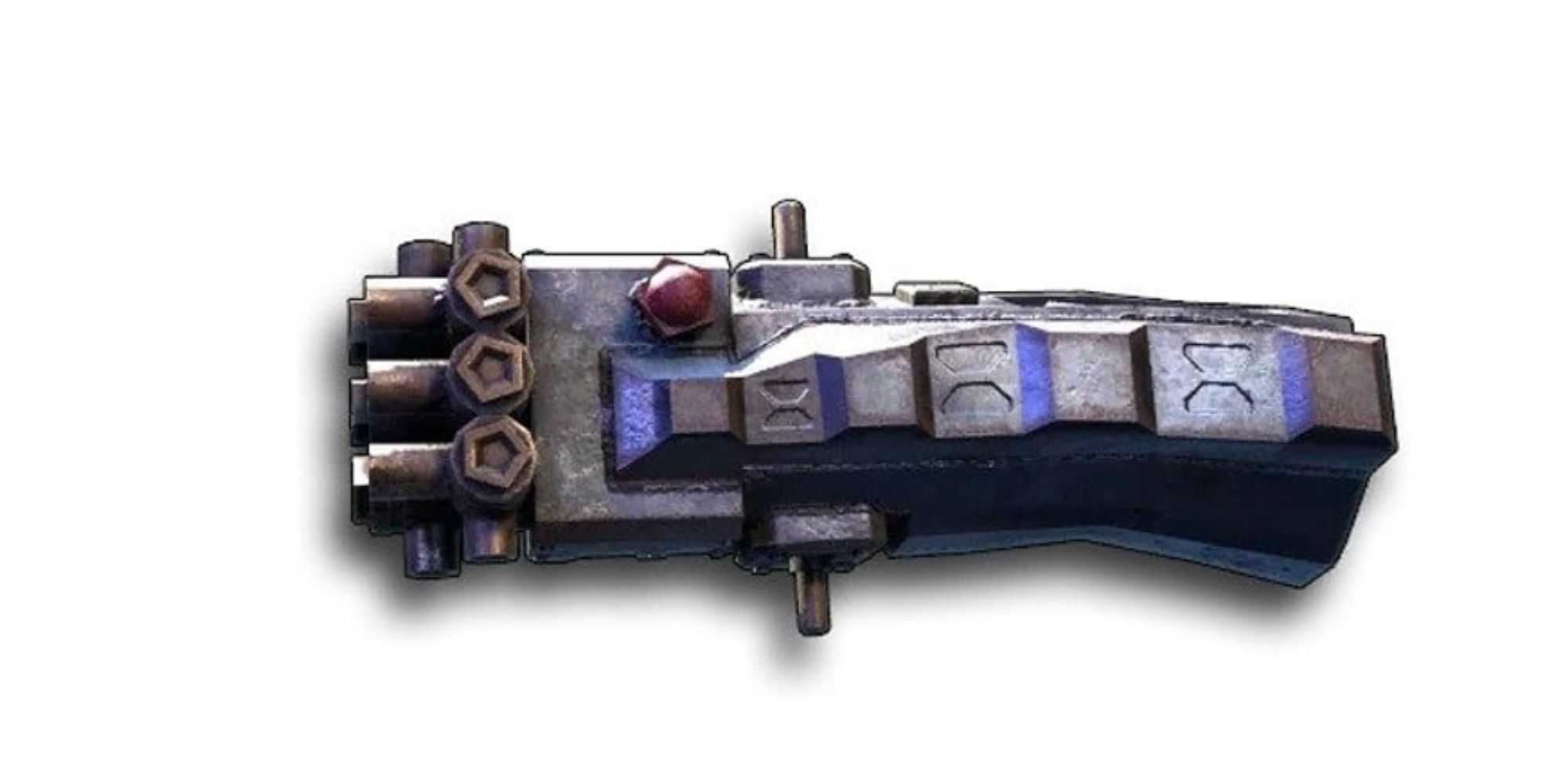 An inevitable and predictable placing, due to its Heavy Attack ability and use from Brawling 7. With 43-63 Damage, the Power Gauntlet packs a wallop. It also comes with 12 Penetration, a 1.2 Critical Multiplier, and costs just two AP to use.

The Power Gauntlet can be found in a myriad of ways. A well-known way to get it early in the game is to side with La Perla in Slaver's Bounty. Otherwise, you can try these methods: