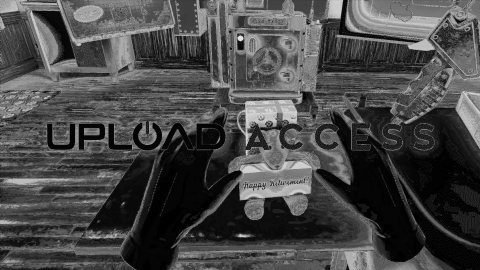 I Expected You To Die 2 is a few weeks away from launch, and we’ve got a first look at a new level right here on Upload Access.

Project Director, Charlie Amis, is on-hand to walk us through Operation: Party Crasher in the below clip. There’s over five minutes of gameplay taken from the new level, which is set in a wine cellar at an exclusive party in which the player is undercover as a butler.

In the clip, Amis focuses on the different kinds of results you can expect from playing around with the game’s puzzles. Party host John Juniper (played by Will Wheaton) asks you to send up wine and two glasses. Before he does that, though, Amis experiments with sending up different kinds of glasses, bottles and, uh, shoes.

“I’m sure you’ve all played VR games where you’ve tried something that you thought was clever but it’s not exactly what the developers had in mind so maybe nothing happens,” Amis explains.

He later adds: “In I Expect You To Die we try to support as many of those strange interactions and things that you’ve thought of as possible.”

I Expect You To Die 2 is launching on Oculus Quest, PSVR and PC VR on August 24. Stay tuned to Upload Access because we’ve got plenty more from the game, including a look at concept art, a live studio Q&A with the developers and a retrospective on every VR game Schell’s put out so far.