One year for my brother’s birthday, I logged into Runescape right after school, scouring for ingredients to bake him a virtual cake. We met up in-game that night so I could give it to him, and he loved it. I was thankful that we could enjoy the game and his birthday together, since we lived in different homes. I only got to see him every other weekend, but one of the meaningful ways we bonded was through Runescape and its seasonal events. I look back on these days fondly, because today, we no longer play together, let alone talk.

In college, I came out to my friends and family. Most people accepted me when I told them I was gay. My brother didn’t. He hasn’t spoken to me since. Sometimes it’s painful to remember our adventures online, knowing they may never happen again, but I’ve learned to cope with his decision. Still, I wonder how his perception might have been different if Runescape had recognized Pride the same way it recognized Christmas, Easter, and Halloween with festive, in-game events.

I don’t log into Runescape anymore; today, I celebrate my favorite holidays in Overwatch. I pour a haunting amount of time into its annual Halloween Terror event, earning spooky skins and sprays and participating in the co-op mode Junkenstein’s Revenge. For Christmas, I show off as Mei in snowball-fight arenas and explore a bevy of maps that get delightful, candy-cane-colored facelifts. There’s even an event for the Chinese New Year, where capture the flag maps boast colorful firework displays and certain characters get beautiful, ornamental outfits. In-game seasonal events are one of my favorite ways to celebrate the holidays. 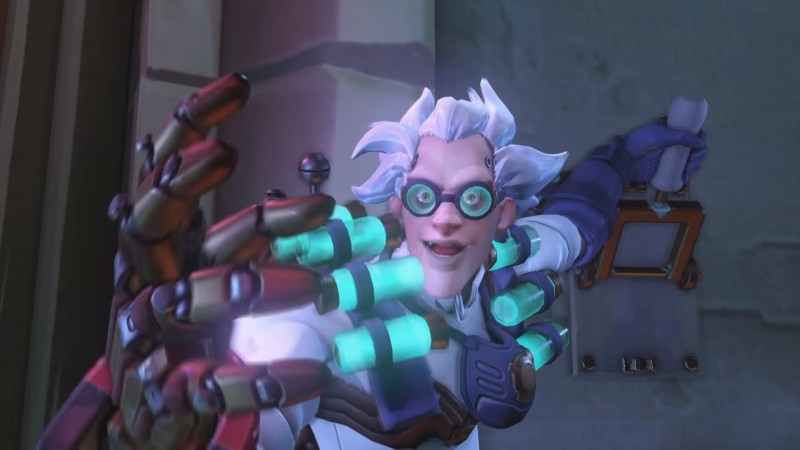 Seasonal events brought my brother and I together when we were younger, but once I reached high school, our Runescape binge sessions ended. All that kept us coming back once or twice a year were the holidays. We’d drop whatever games we were playing to dress up as skeletons and trick-or-treat around Port Sarim. His parents, my mother and step-father, prohibited my brother from celebrating Halloween because of their religious practice, which wildly contrasted the home I grew up in. It frustrated me that I couldn’t experience that with my brother, but celebrating with him in Runescape was a worthy consolation.

Runescape’s seasonal events had such a big impact on us, and I often wonder: what would Pride have been like if we had experienced it together virtually? Pride is a celebration of the LGBT+ community that occurs on the anniversary of 1969’s Stonewall Riots in New York. The riots famously propelled the agenda for queer people to obtain equal rights, and today we remember the event with Pride parades, typically in June or July, all around the world. There weren’t any Pride events in the small town my family raised me in nor the rural community where I went to college, but seeing myself – a gay man – represented in the news every year during Pride season always made me feel more visible and validated. 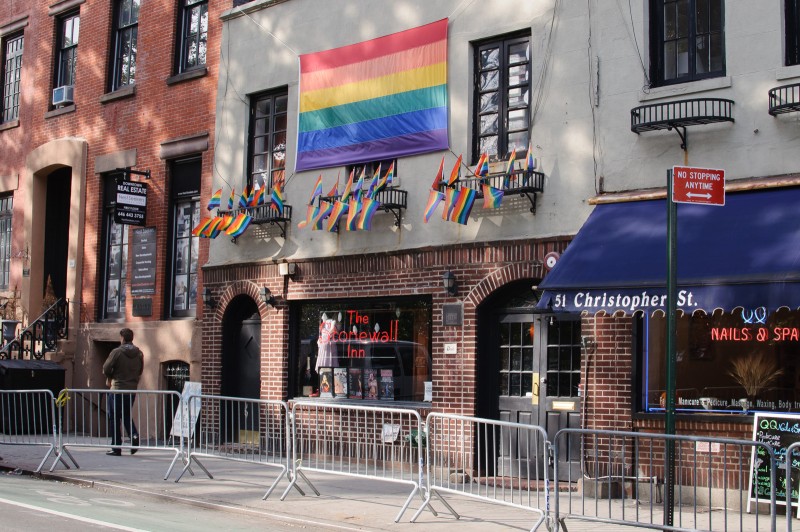 Pride isn’t just for people like me, though. Millions of people attend both local and national pride observations, like the crowd of 3.5 million attendees at 2017’s WorldPride in Madrid or the 2.1 million people who attended New York City’s 2016 parade. These events draw such huge crowds because Pride isn’t just for queer people – it’s for everyone. It’s about celebrating one’s identity just as much as it’s about embracing one’s sexual orientation.

It’s curious, then, that despite its wide appeal and its invitation to all people, developers don’t consider Pride when planning their in-game seasonal content. It’s a holiday that can be represented in just about any type of game, after all. Games with skins, like Overwatch, could offer popsicle-colored cosmetic items to represent the gaudy, colorful costumes that Pride paraders adorn in the streets. Imagine Overwatch’s payload maps festooned in rainbow colors the way the team redecorates King’s Row during the annual Winter Wonderland event. Replacing the banner in its capture the flag mode with a rainbow streamer would be an easy way for Blizzard to celebrate the holiday, too. 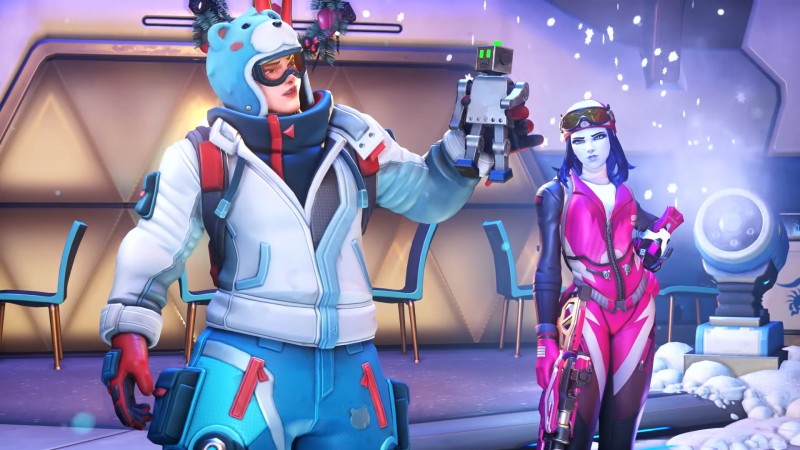 It’s easy to use Overwatch as an example here – the diverse roster of playable characters is a major feature that attracts the game’s millions of players, including two leading gay heroes Tracer and Solider: 76. But a developer doesn’t need a Blizzard-sized wallet to observe the holiday. Sea of Thieves developer Rare recognized Pride last year with the simple addition of a rainbow flag that players could fly from their ships’ mastheads. Its inclusion was just as meaningful as any full-fledged in-game celebration or game mode would be in Overwatch. Flags already existed in Sea of Thieves, too, so to add the item probably required short work from a single artist. And yet, the impact it had was huge:

10-yr old came racing up from the basement: “I’m playing a game called ‘Sea of Thieves.’ You know what? You can make your ship flag be the Pride flag! That’s so cool!” *tears off to the basement again*#ProudDad

hey @SeaOfThieves ? Thank you for putting the pride flag in your game. Truly means a lot to me. pic.twitter.com/0jFyzSeC0q

My pirate trolls and I had a particularly successful evening on @SeaOfThieves last night, culminating in us finally docking at base, our Pride flag resplendent in the sea breeze. ?️‍? pic.twitter.com/TE9bqQwO5D

Picture just about any game, and you could probably fit Pride within its scope. Epic could easily create new voguing or death drop dance emotes for Fortnite. Niantic could plan special community days in Pokémon GO for major Pride observances that offer shiny Pokémon. (The legendary rainbow Pokémon Ho-Oh would be a suitable prize for participants.) These features are small asks: they don’t require developers to invest in entirely new mechanics or systems, only to utilize the tools they already have. 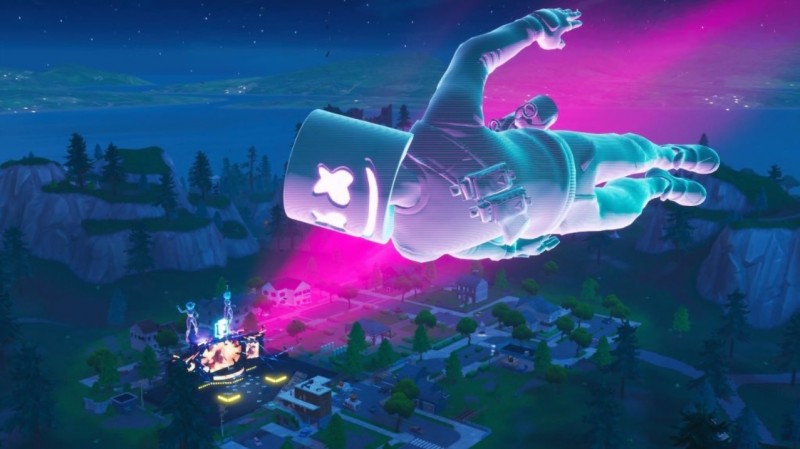 While these ideas may sound simple, their inclusion’s importance can’t be overstated. Representation in games, movies, or any medium has an incredible impact on how we understand and engage with diverse people in the real world. Within the LGBT+ community specifically, the lack of leading gay characters in entertainment keeps our community shrouded in stereotypes and generalizations, to great and terrible effect: gay youth are five times as likely to have attempted suicide than their heterosexual counterparts, and LGBT+ people are roughly twice as likely to develop depression and anxiety.

I can see why including a holiday steeped in social issues might seem risky to a developer: The dark side of the internet is sure to call it “pandering,” and rude players will certainly find a way to react in toxic fashion to any sort of in-game observance. Toxicity toward minorities is something that would have to be closely moderated and controlled; it could even take away from the positivity of the event if handled poorly. I hope that developers don’t dismiss the idea of recognizing Pride in lieu of toxicity, though. It’s visibility, after all, that changes public perception of disenfranchised groups for the better.

I’ve celebrated every major holiday in my favorite games, but not Pride. There’s a good case for developers to observe the event within the scope of their games, considering Pride is a widespread celebration in the real world, and that it’s a holiday that invites anyone to participate. I know it would have real social impact, too, with how mainstream video games have become. How would society’s treatment of LGBT+ people change if we used games as a medium to engage with that community? It wasn’t easy growing up gay in a small town. If I, or maybe even my brother, had seen Pride in Runescape back in middle school, it would have made a world of difference.

We’re slowly seeing more LGBT representation in games. Respawn recently revealed that some of its Apex Legends heroes identify as LGBT+. Similarly, Naughty Dog made a big statement during its gameplay reveal for The Last of Us Part II at E3 2018, which shows Ellie in a romantic relationship with another female character.