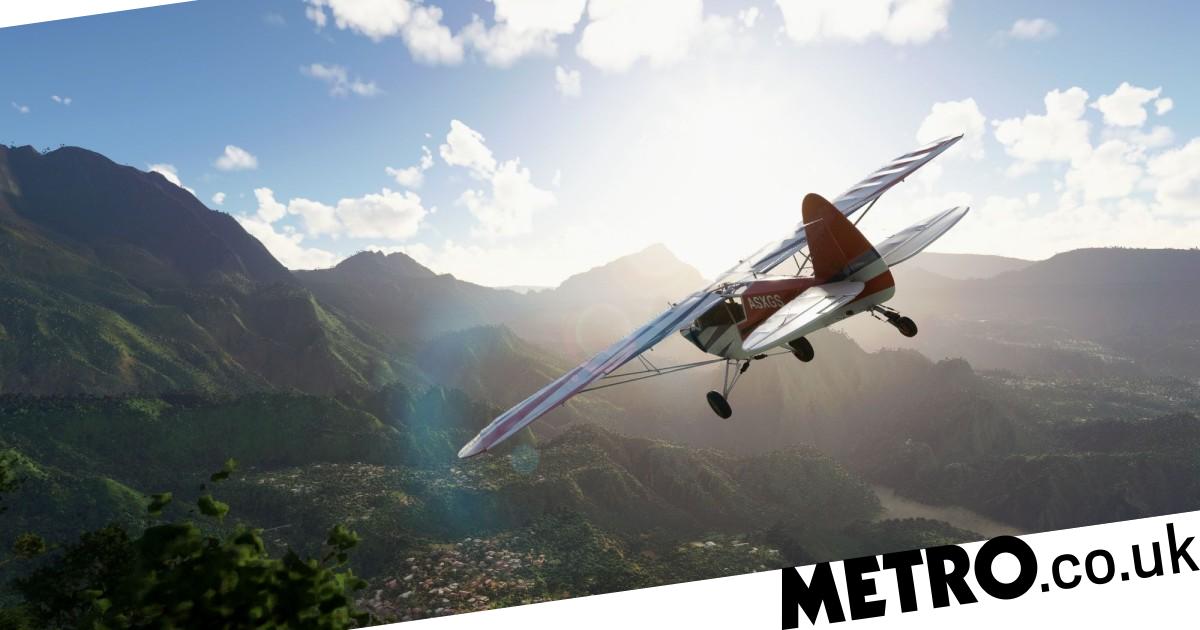 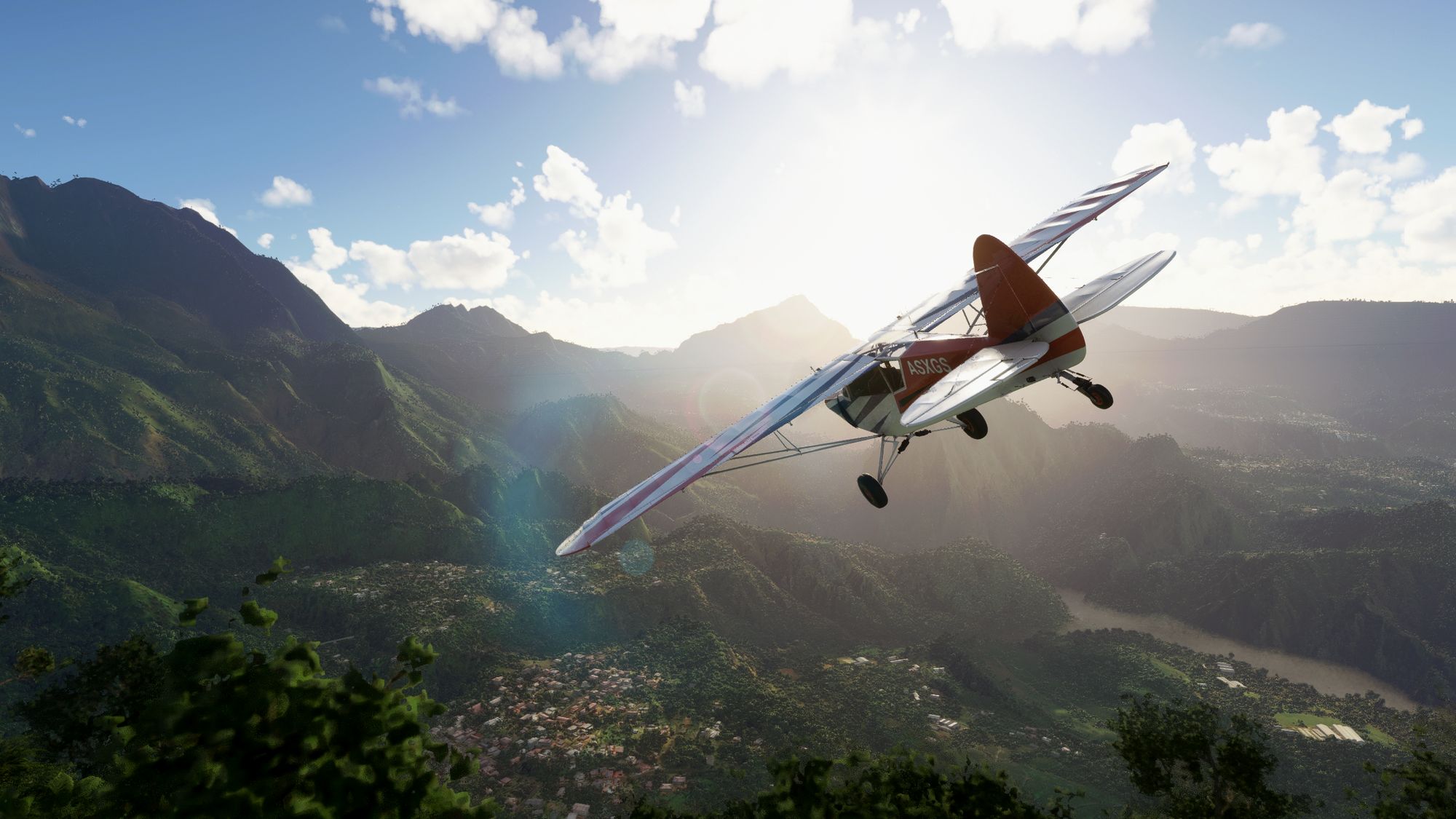 Readers celebrate the end of the year with their fondest video game memories, from discovering favourite new games to finally getting a PS5.

Since this is the last Hot Topic of the year, we wanted to hear about your most positive experiences in gaming from the last 12 months. Considering how many great games there’s been, and the fact that the new generation of consoles is still only slowly taking hold, there’s been plenty to discuss.

We’ll be back in the new year with more news, reviews, and Inboxes so until then merry Christmas and a happy new year from everyone at GameCentral!

Everything was awesome
I guess my best 2021 gaming memory has to be the whole of 2021! I don’t think I’ve played so many games since I was a kid. With Game Pass I’ve gone through Planet Coaster, Control, A Plague Tale: Innocence, Microsoft Flight Simulator, Psychonauts 2, Titanfall 2, 12 Minutes, Batman: Arkham Knight, Drake Hollow, then finishing off with Forza Horizon 5 and Halo Infinite.

That’s just the list of what I really enjoyed, there was far more I had a go at and decided wasn’t for me. There’s also been some Switch games on top of that too. To set some context I’d normally buy one to three games in a year!

What I really like about that list though is the older games I initially passed on as they weren’t really my kind of game. So to try new things with little risk has been a big win.
Tim

Giving at Christmas
First, I must explain I have suffered from chronic agoraphobia from the age of four and I am now 49, so lockdowns have been fairly easy on me. But I have two fond memories from lockdown. One, getting a mint mk 1 PlayStation 3 with backwards capability and reliving the PlayStation 1 and 2 eras again (big smile).

Second, plucking up the courage to see an old friend I’ve known for 20 years and not seen in three. After lockdown I dropped a spare PlayStation 4 off at her house, so that she may have a gaming Christmas.
Anon

Sticking with it
I haven’t played a lot of new games this year but I’ve finally beaten certain games that I’ve had in my collection for ages.

Since having Devil May Cry 1 on PlayStation 2 I’ve only ever been able to complete it on easy but this year, with a lot of effort and swearing, I’ve gone back to it and finally managed to complete it on all difficulties on the HD collection, earning myself a platinum Trophy for my struggles!

I’ve also, after years of trying and failing, finally managed to defeat Shredder at the end of 2003’s Teenage Mutant Ninja Turtles on the Game Boy Advance!

Gaming has once again been wonderful escapism for me this year, as has reading the GameCentral pages every day!

Merry Christmas to GC and all its readers, and stay safe!
LastYearsModel

Reignited passion
My favourite memory of the year relating to gaming is picking up Wasteland 3. I had struggled with 2 and if I’m honest, due to life priorities and work, it had been many months since I had last got seriously into a game, but for the first time in what felt like years the game sucked me fully in.

I really enjoyed the story, the choices, and as much as I hated it at the time the complexity and having to think tactically (and save scum) to get through it.

I guess it’s more of a prolonged memory but being over 30 and having not enjoyed a game in ages I was starting to think, is this it? Have I finally fallen out of love with video games? Only to realise that no, that passion is still there that makes you desperate to just explore a little bit further, do a few extra side quests, buy a bit of new equipment and before you know it you’ve spent an entire evening locked in.

That said I’ve now completed it so looking for suggestions on what to play next!
Michael, Crawley
PS: Merry Christmas and thanks for all the hard work you guys do.

A curious year
So it’s been a funny old year for gaming hasn’t it?

I haven’t played anything released this year, largely because I am tight and will wait until games become either free or heavily discounted!

But here’s my high points.

1) I played Control. And boy what a game! I absolutely loved it! The game mechanics, the slightly creepy setting, the story and characters. Jesse was a great main character, and every surrounding character was interesting. The graphics were a joy, with ray-tracing on PC being used just perfectly (I shot at my own reflection a few times). 9/10 from me.

2) I played A Plague Tale: Innocence. Straight away I was hooked. Again, the story pulled me in, Mediaeval France was wonderfully realised. OK, the mechanics weren’t complex, but the characterisation of Amicia and Hugo was great! I just wanted to keep them safe. The final boss battle was a bit of a Larry Let-Down, not in keeping with the rest of the game, but nothing is perfect, eh? A solid 8/10 from me.

3) I got a new job, so decided to treat myself to a spanking new monitor. I play a lot of online racing games, so peripheral vision is important. As a result, I decided on a 49″ 1440×5120 super ultrawide monitor (if you haven’t seen one, it’s the same as 2×27″ monitors rather than a 49″ TV). I thought I would only use it in its widest setting for racing games. I was wrong. Having a game fill your vision in this way is amazing!

Now in theory my RTX2060 is not the card for this monitor, as the pixels are nearly at 4K levels. Somehow though, it manages okay. Usually between 45-60fps depending on the game. So far I’ve played Assetto Corsa Competizione, Forza Horizon 4, Watch Dogs 2 (San Francisco looking amazing), and Star Wars Squadrons. The amount of black in Star Wars helps I think, because that game flies on maximum settings and HDR! Highly recommended… 10/10.

So, that’s my highlights. Have a happy Christmas all!
The Dude Abides

Giant robots heal all wounds
For me it’s been playing Mechwarrior 5 in co-op with my friends. I’ve had a bit of a bad last quarter of the year, but being able to hop on and play through the campaign as well as all the extra DLC they’ve brought out has really helped to keep me sane.

It’s not the best game in the world, and the AI is decidedly odd at the best of times, but it’s worth it for the chance to chew the fat with friends whilst blasting away in an Atlas.
The Ape

Escape room
My favourite gaming moment of the year isn’t so much a moment as a collection of moments, in a game that has been lamented for its bloat and plodding pace: Red Dead Redemption 2. I can see why people haven’t clicked with it – it takes a while to get going, and the map is so big that it takes even more than a while to get anywhere. But I’ve also absolutely loved existing in that world.

At a time when my own outdoor adventures have been curtailed (due to the weather, not the pandemic) there have been countless moments where I’ve marvelled at the scenery and how complex the game is. I’ve also really enjoyed the story, and while ideally a few hours could’ve been shaved off I’m not sure where and how that could’ve been done without compromising the story. If the game was called ‘Journey’ instead it wouldn’t be out of place.

Now, it’s taken me an age to finish as my gaming time has been severely curtailed during the pandemic. My games room and office are one and the same, and my wife has really struggled with the social isolation during lockdown periods. As a result, disappearing upstairs for a few hours to play games has had to take a backseat (my TV consumption has risen to compensate).

With a PlayStation 5 and Xbox Series X coming for Christmas I’m hoping that’ll ease off, otherwise I’ll just be staring wistfully at their reflections in my PC monitor while on Teams calls…
Magnumstache