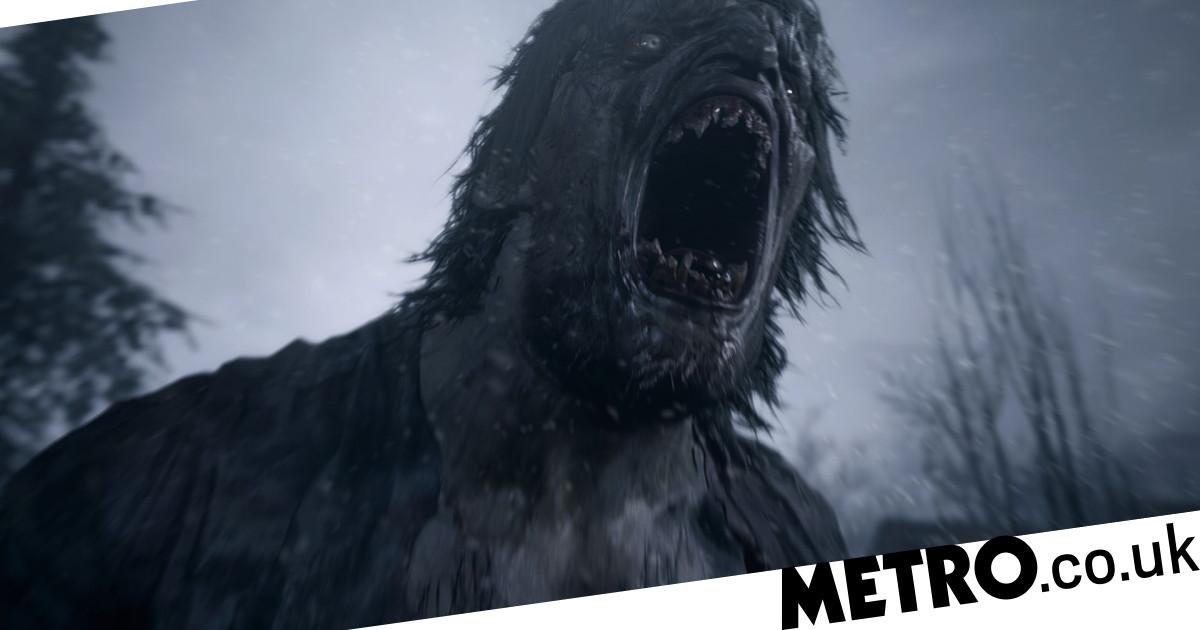 GameCentral readers discuss their most wanted games for the new year, from Halo Infinite to Elden Ring.

As the first Hot Topic of the new year, the choice of subject matter for this weekend’s Inbox was pretty obvious, even though so many release dates are still unknown and those that are will probably prove unreliable.

Everyone had something they were looking forward to though, even if many admitted they knew next to nothing about the game until more information is announced.

Village gossip
Resident Evil Village is what I’m most looking forward to this year, based purely on the fact that I love the series and Capcom has been on a roll lately (okay, Resident Evil 3 wasn’t so great but they never really hyped that one up).

I’ve purposefully avoided trying to learn anything new about it from all the leaks and I’m pleased to see that most people seem to have done the same, with not much spreading of information. I’m all for the odd leak if it’s from a clever bit of discovery but hacking Capcom and trying to blackmail them? That’s going way too far and I hope the people responsible are caught and punished.

But that means I don’t really know anything about the game at the moment, except it seems to be somewhat influenced by Resident Evil 4 and Chris Redfield might be a bad guy now. And there’s maybe witches and werewolves in it? I’m not sure if that last bit is true but I can’t wait to find out!
Grackle

Fly me to the moon
I really hope we get to see Bayonetta 3 this year. It’s ages since we’ve heard anything about it and I really would’ve thought we’d hear something about it by now as Platinum never usually take this long about their games. Hopefully the long wait for the best though and means that it’s not only good but as stacked full of content as the other games.

I agree with GC that the first two games are the best arcade style action games of the last generation and I’m hoping and expecting this will fit in right alongside them. The only problem is there’s so little to really improve on the games, although I’m hoping they can eject basically all of the supporting cast except Jeanne and maybe Rodin as they’re all awful.

Enzo is especially awful and so is Loki and his terrible Cockney accent, or whatever it was supposed to be. Platinum really are not good storytellers and I’d much rather see them focus on more crazy boss battles and enemies.
Pinky

Bogshorts Legacy
I’ve been looking forwards to a Harry Potter role-playing game for years and that looks like what Hogwarts Legacy is going to be. But thanks to J. K. Rowling throwing a wobbly Warner Bros. haven’t said a word about it since it was first announced. If it’s due out this year then I don’t see how they can go much longer without a proper reveal but maybe it’s been delayed or something. Maybe they’re renaming it to Barry Crocker and trying to avoid any bad publicity that way?

I doubt it but they surely can’t cancel it because the graphics looked great… and very expensive. At first I was worried it might be some kind of money-grabbing MMO but it doesn’t seem to be. I can’t say I’m that keen on the historical setting but other than that it seems to be exactly what I imagined all those years ago.

I just hope we get to see a preview in the next few weeks and get a release date at the same time, I’d imagine sometime this Christmas.
Campbell

The only one
Am I going to be the only one to say Halo Infinite? I know the game became a laughing stock last year but I do feel people had a bit of a dog pile on it, given how easy a target Microsoft made it. Obviously it shouldn’t have been shown in the state it was (and probably shouldn’t be on Xbox One) but I still have faith that it will be a good game.

What can I say? I’ve always been a Halo fan and although Bungie were obviously the masters I’ve had a lot of fun with Halo 4 and 5 over the years. I like the idea of a more open world approach to the level design too, which would be totally in keeping with what Bungie were trying to do with the first game.

I have to admit though that I’ve little faith the game really will come out this year. I should think there’s at least a 50/50 chance of it being delayed again, at which point they may decide to just release the multiplayer at Christmas and add the rest later. We’ll just have to wait and see I guess.
Comley

Starfield 2077
The problem with 2021 is that not only do we not know when most of the games are going to be out but even if they did have release dates they probably wouldn’t hit them anyway. For what it’s worth though the game I’m most interested in at the moment is Starfield, which probably only has a small chance of coming out this year.

I used to be essentially a Bethesda fanboy but their long string of disappointments in recent years has made me very cynical about their abilities lately. For me Starfield is the litmus test to see if they really are as good as we all thought back in the days of Skyrim and Fallout 3.

They’ve got no excuses for Starfield. It’s a new IP on new consoles, with no connection to anything else (as far as we know). So if this is released full of bugs, bad graphics, and boring characters there’s absolutely nothing to blame but Bethesda themselves.

I would have hoped that the reception for Cyberpunk 2077 will have taught them that the way they used to do things is no longer acceptable, but I guess we’ll see. If Starfield does get released in a similar state to Cyberpunk then Microsoft may end up regretting spending all that money…
Tim Rogers

Medium beans
To be honest I’m really looking forward to The Medium. Pretty small beans in the larger scale of things but it is the first Xbox Series X exclusive and really the first chance to see what the console can do.

It’s crazy that that’s the situation we’re in, I admit, but I still want to see the game and as a fan of survival horror, especially Silent Hill, it seems right up my street. My only problem is I’ve not been that impressed by anything Bloober Team has done up till now.
Gordo

Game of the generation
It’s got to be Elden Ring for me, a game about which I know almost nothing and yet I would give my right arm to play as soon as possible. FromSoftware has built up such a reputation now that I’d instantly trust them with anything. Not enough to pre-order maybe – I’ve learnt my lesson from Cyberpunk 2077 – but at this point From are up there with Nintendo and Naughty Dog for me, as companies that it’s almost impossible to imagine not coming up with the goods.

The rumours suggest the game’s a sort of next gen take on the Soulsborne formula, which sound great to me and with the writer of Game of Thrones helping with the story it sounds too good to be true without even knowing anything really about it.

I’ll also be very interested to see if it keeps the same difficulty as the other games and yet still manages to become a major hit. If it does that will be an important moment for games I think. Games have been getting more challenging since From’s rise to stardom (I was very impressed that Star Wars Jedi: Fallen Order was actually pretty hard, as well as stealing other ideas from Dark Souls). If it hits the mark in terms of quality then Elden Ring could end up as the first must-have game of the next gen.
Goober

The small print
New Inbox updates appear every weekday morning, with special Hot Topic Inboxes at the weekend. Readers’ letters are used on merit and may be edited for length.