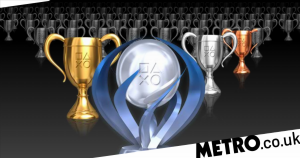 A reader explains how he became invested enough in PS5 Trophies to Platinum two very different games during lockdown.

When it comes to video game Trophy hunting I have a great deal of sympathy for those who ask, ‘What on earth is the point?’ Here we are – we gamers – working our way through virtual worlds while those with real lives shake their heads in pity, wondering what could possibly motivate us to waste our time in such a fashion.

We’d be mad to even hint to these folks about the very idea of Trophy hunting; about not only working our way through these virtual worlds (for no tangible gain) but grinding our way towards any number of virtual accolades that mean pretty much nothing at all. And we can, of course, count among our own number some very accomplished gamers of long-standing who dismiss Trophies as pointless.

So why? Surely there must be a good reason, or we would be insane… Or are we just insane?

I don’t count myself as a Trophy hunter in any true sense. Frankly, I’m not good enough at video games. I love them – have loved them for more than 40 years – but I don’t have the chops to cut it as a platinum-plated gamer god. I also don’t have the time or the patience. Sometimes, however, the stars align and a game comes along that lures me into the hunting grind, and recently I completed two such titled with very contrasting quests.

I’ve been a profitable poker player for a few years. Having studied and worked at the game more than your average amateur I made a decent second income from playing live cash games. The pandemic put paid to that, and when I (gratefully, so gratefully) took delivery of my PlayStation 5, Poker Club launched and I dived in.

The selling point of Poker Club is its presentation. The goal for the developers was to make a video game that feels like playing live poker and, on that level, this title is the best in that regard. Playing against online humans is the usual for not-for-money poker: the competition is not good, but thankfully the game is set up in such a way that it rewards not acting nuts, so frustration for decent players is kept to a minimum.

The other part of the challenge is unlocking how the computer plays. Once you’ve got a grip of these two facets the game becomes a Trophy hunt. A very long Trophy hunt. The platinum Trophy took me about 300 hours. Would this have happened in a world without COVID? Probably not. But the interesting thing is that I kept at it. The Trophies were structured in such a way as to feel achievable, given time, and played to my ego perfectly. ‘I’m a good poker player’, I was to repeat a thousand times, ‘this should be easy for me’.

The other title that I almost certainly would not have played had it not been for the blessing that is the PlayStation 5 was Cyberpunk 2077. Were there bugs? Certainly. Did they affect my enjoyment of the game? Not really. Thanks to being one of the lucky ones playing on next gen hardware, I remained more-or-less immersed in Night City until after that final Trophy pinged.

This was a grind too, but of a very different nature. In poker, luck always plays its part and the frustrations towards the end of my playtime centred around the bad beats. In contrast, my Cyberpunk 2077 character became a massively overpowered machine-man, doling out punishment with abandon. The grind in the endgame was the grind of hunting down the necessary quests, of scouring the map, and not the grind of getting gud. It was, to be frank, my kind of grind.

I platinumed these games around the same time, playing through the two entirely different experiences in tandem, and once I’d completed them I did take a step back to ask myself, ‘What was the point of that?’ The answer, I think, is that the Trophy structure in each game gave me an excuse to stay in each world longer – much longer – than I ordinarily would. Without Trophies the main campaign of each would have seen me move on to something new, but that shiny meta-goal of hearing the ping of perfection kept me going. And going.