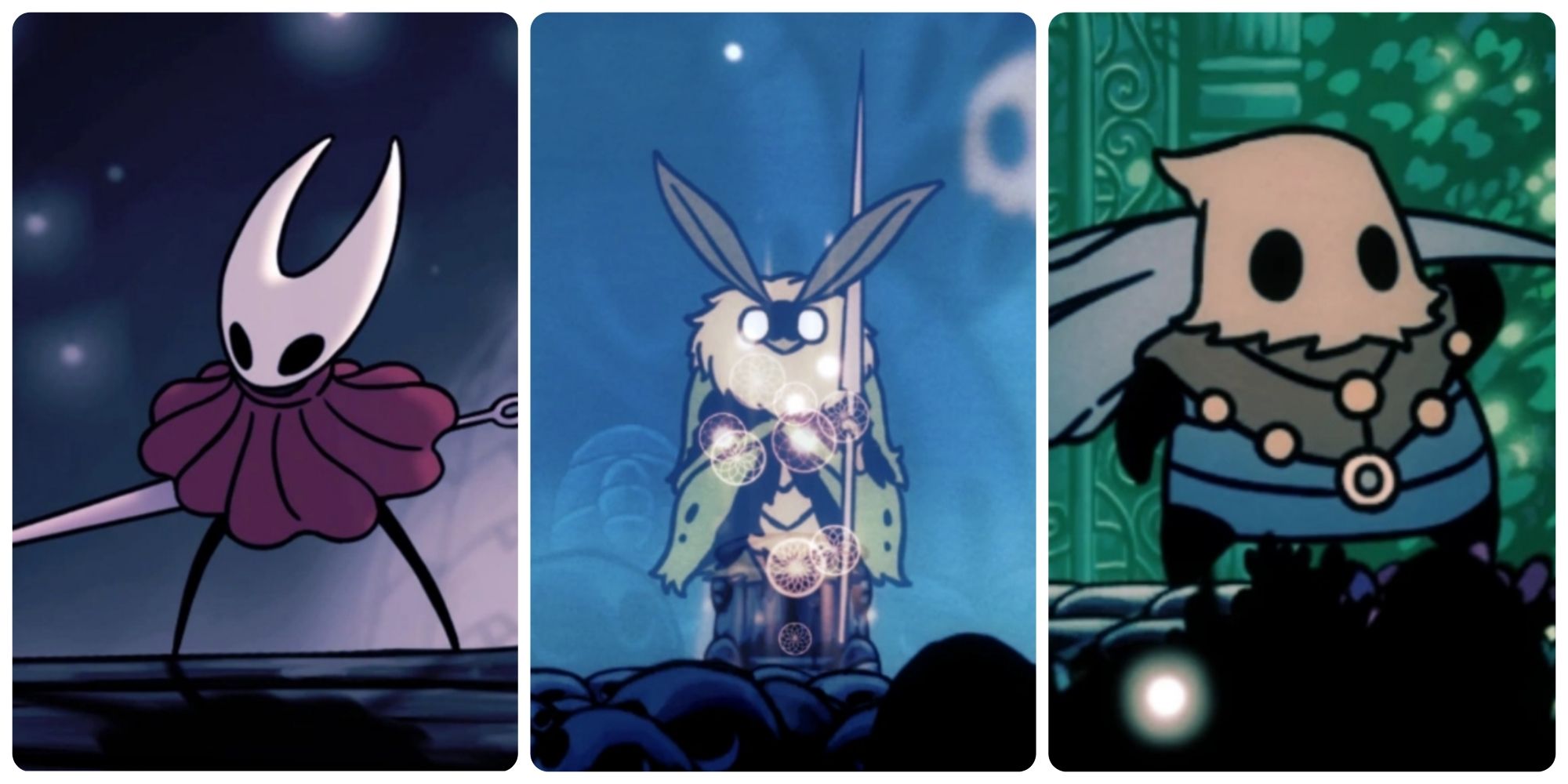 Hollow Knight is a multiplatform 2D sidescrolling action-adventure game. More than that, it’s an exercise in patience, self-confidence, and perseverance. The hub city of Dirtmouth and the remains of a once-thriving kingdom, Hallownest, are host to a myriad of unique characters with their own deep personalities and quirks.

In theory, there would be at least one NPC to match every single horoscope if you wanted to know which Hollow Knight character you were based on your zodiac. Has anyone ever compiled such a list? They have now. Whichever star sign you were born under, you’re sure to find a Hollow Knight NPC to match up with you. 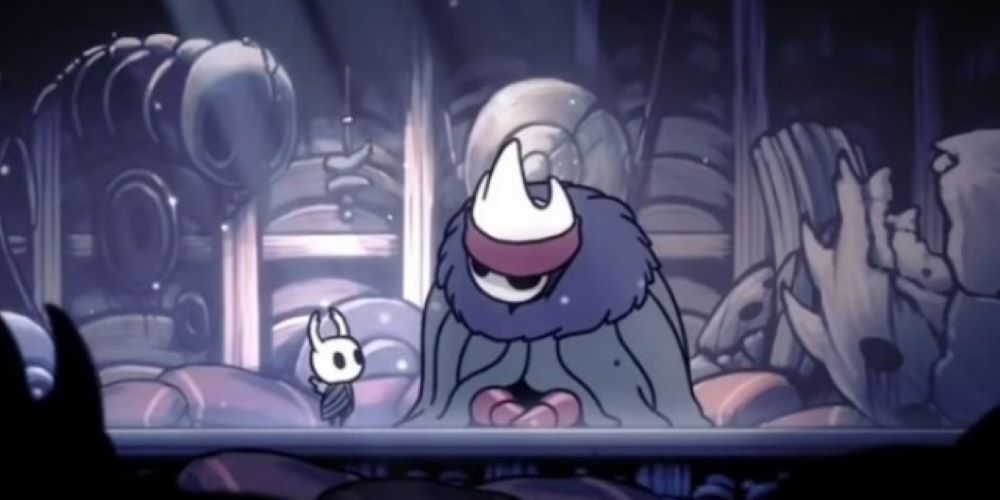 Aries are ambitious, courageous, and self-assured. Nailmaster Mato is the perfect fit for Aries, as he embodies every single trait that Aries are known for. Mato may not be the best fighter or the fastest swordsman, but he’s driven and confident in his skill and knows his limits.

Family is everything to Aries, and the nailmaster is no different, staying close to his brothers over time. Mato is respectful of other warriors and perfectly exemplifies the spirit of the ram. 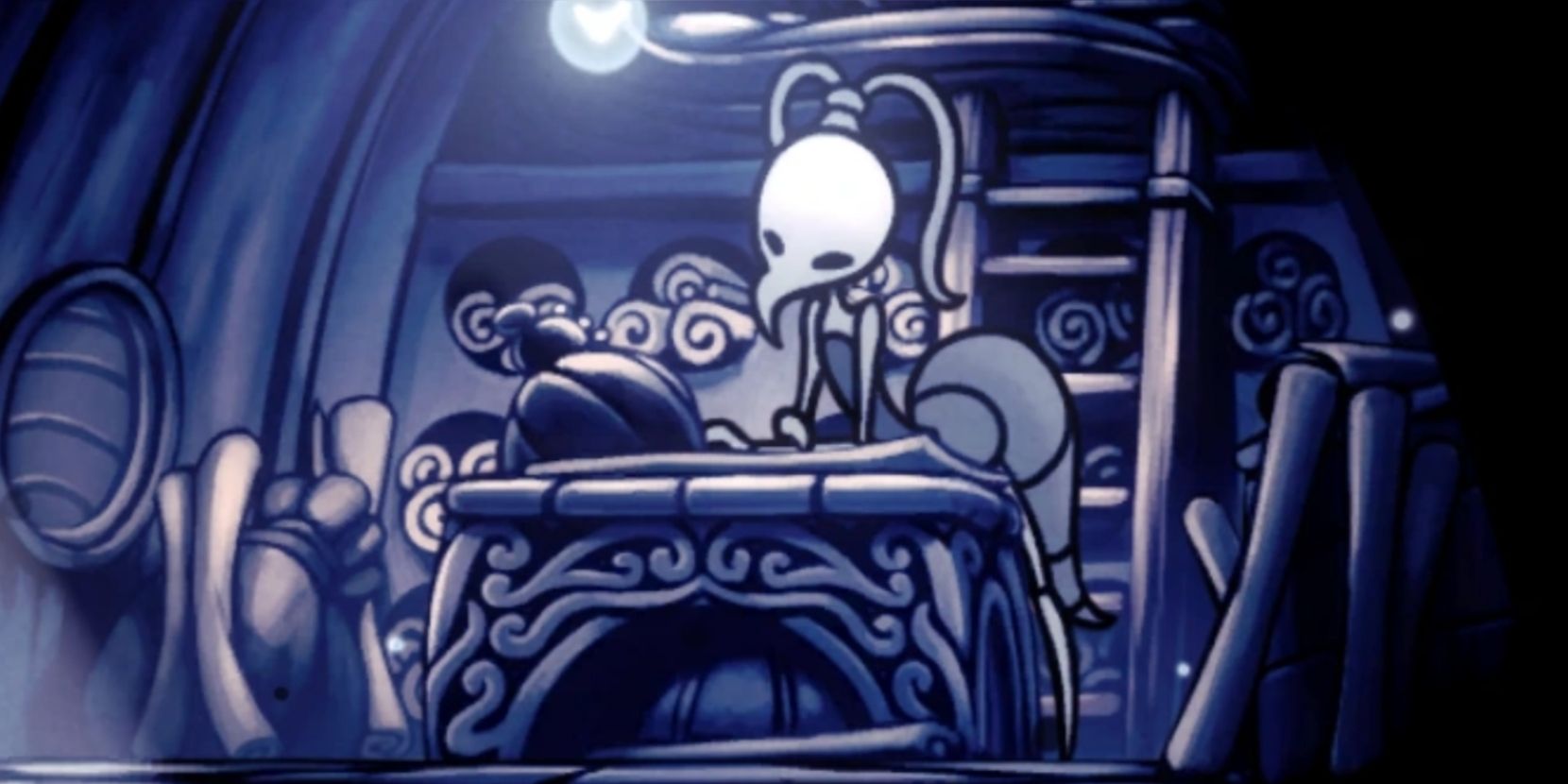 Represented by the bull, the Taurus is a resilient and independent type. Though their talents shine through their hard work, rest and relaxation come easily to the Taurus and they may find themselves just as easily bored and wanting something new. Iselda, with her strong Taurus vibes, can be found inside her shop in Dirtmouth, selling maps made by her husband, Cornifer.

Despite her lanky looks, Iselda was a fighter and adventurer back in her younger days and has since moved to a quieter, more relaxed life. 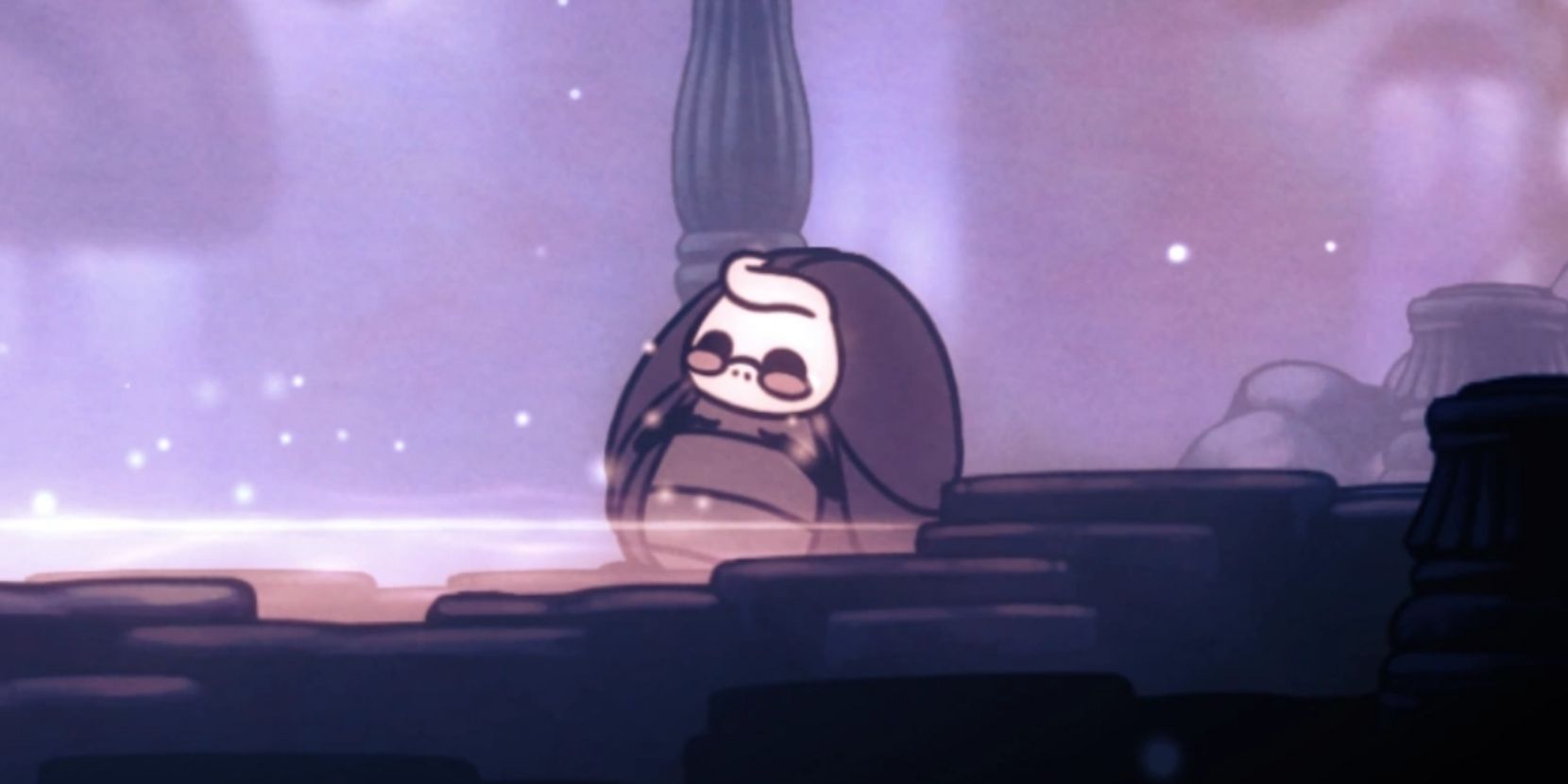 Gemini are sociable and friendly, managing their friendship groups to put themselves at the center. However, Gemini can be notoriously impulsive and unreliable, meaning Millibelle the banker puts herself squarely in this category. She takes the personality traits to an extreme with panicking and bugging out with your money if you deposit too much Geo.

However, she’s still undeniably smooth and charismatic. Millibelle makes fast friends with everyone who approaches her. It almost makes you want to bank with her again. Almost. 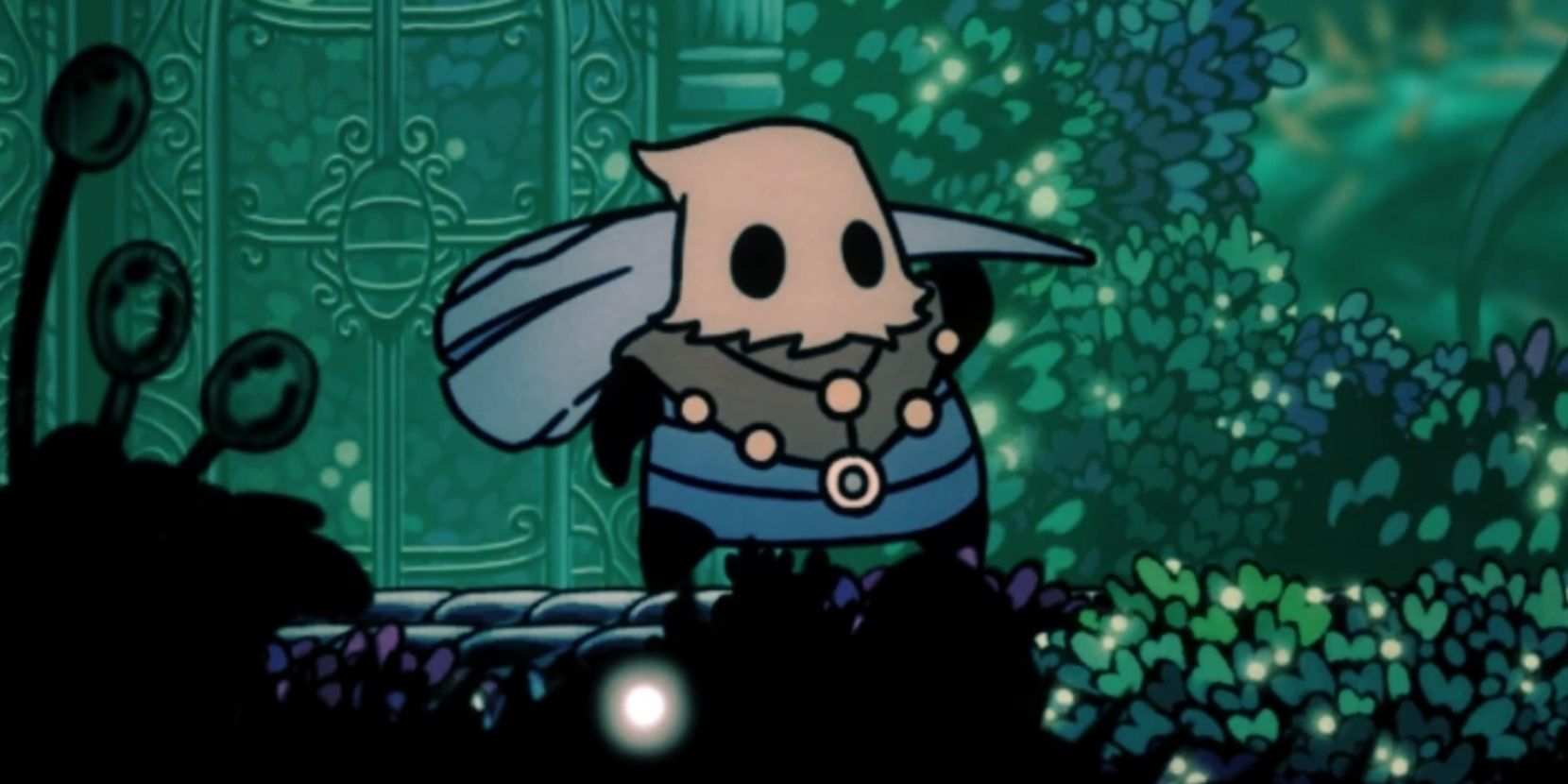 One of the most emotional and vulnerable signs, Cancer is one that fits someone like Cloth, the wanderer trying to prove her bravery, perfectly. Like others under the sign of the crab, Cloth is kind and helpful to those around her. Her weaknesses lie in her nerves and anxiety, in true Cancer fashion.

Despite her desire for an epic battle, she’d much rather hide underground and nap most of the time. Cloth may be terrified of battle and scary monsters, but she’s fully equipped and doing her best. 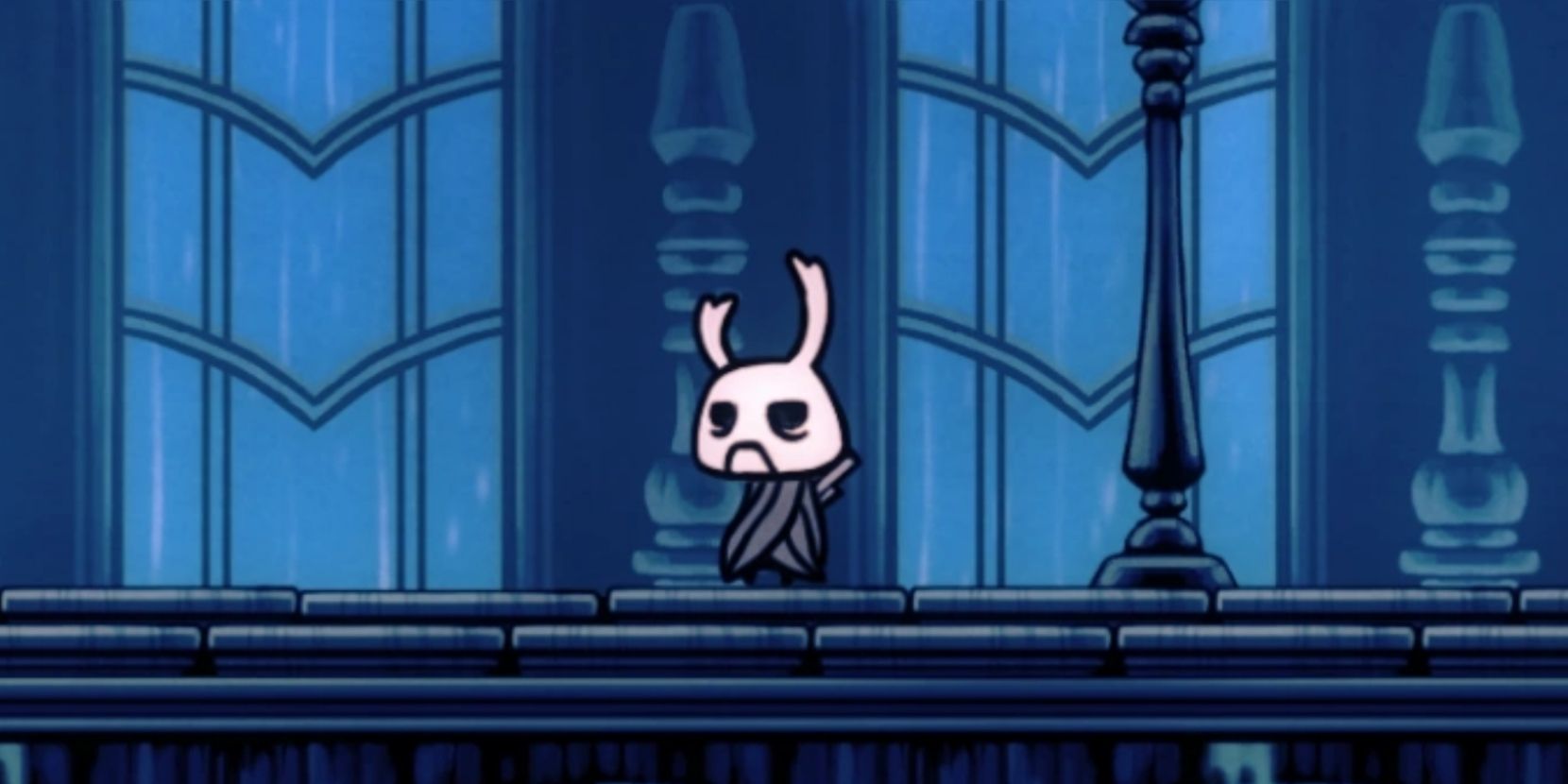 Leos are adventurous, brave, and confident, Sometimes, Leos can be a little too confident for their own good, in fact, but whenever they fall, they always manage to stick the landing and look good doing it. Zote The Mighty is one of these types of people, rising to whatever occasions suit him and make him look like the grand hero of the adventure.

Names have power, according to Zote, which is why he is the mighty knight and his nail is named Life Ender. Unfortunately, his nail does no damage, but at least he’s got spunk. 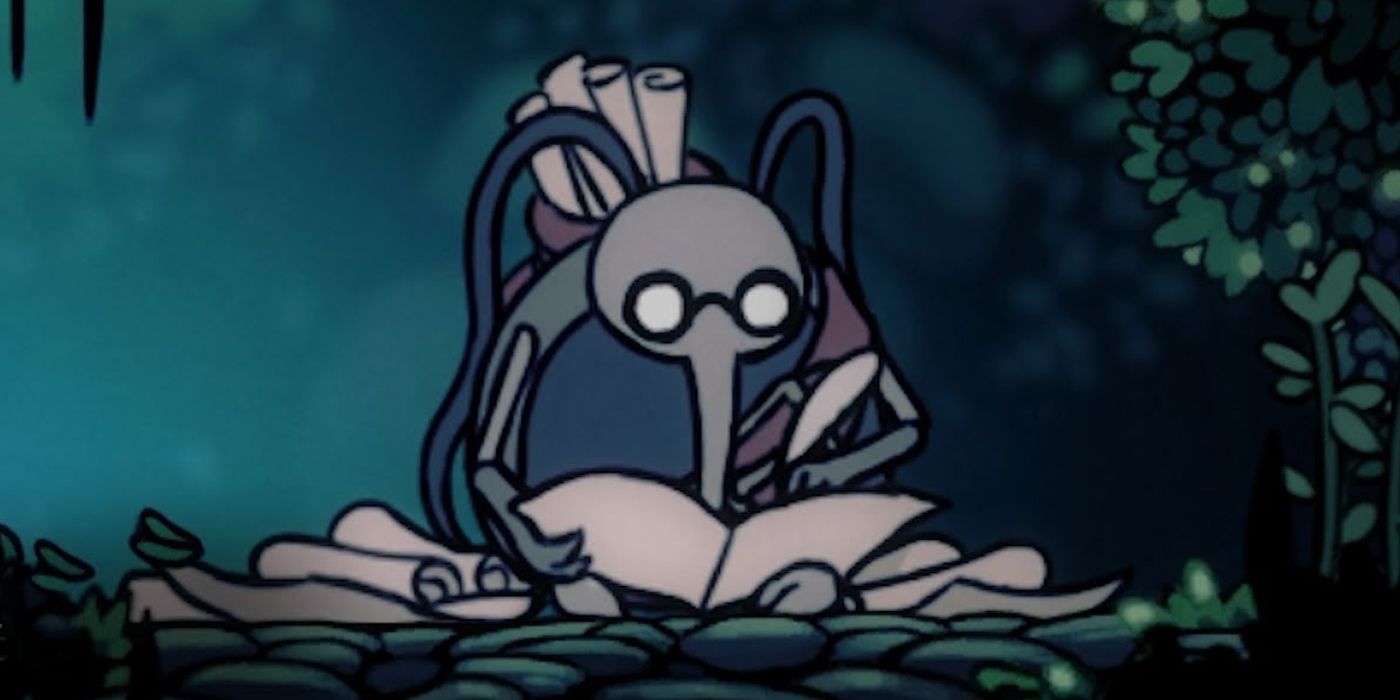 With their quick-thinking and sharp wit, those born under the Virgo sign can overcome problems with elaborate and complicated solutions. Cornifer’s personality lines up with Virgo perfectly. Cornifer is the husband of Iselda and a mapmaker. He uses his skills and cunning to venture deep into the ruins of Hallownest and create maps of the area that he brings back to Dirtmouth to sell.

Ever since birth, Cornifer’s thirst for knowledge has only grown, leading him across distant plants in the pursuit of intelligence until his journey brought him to his life with Iselda. 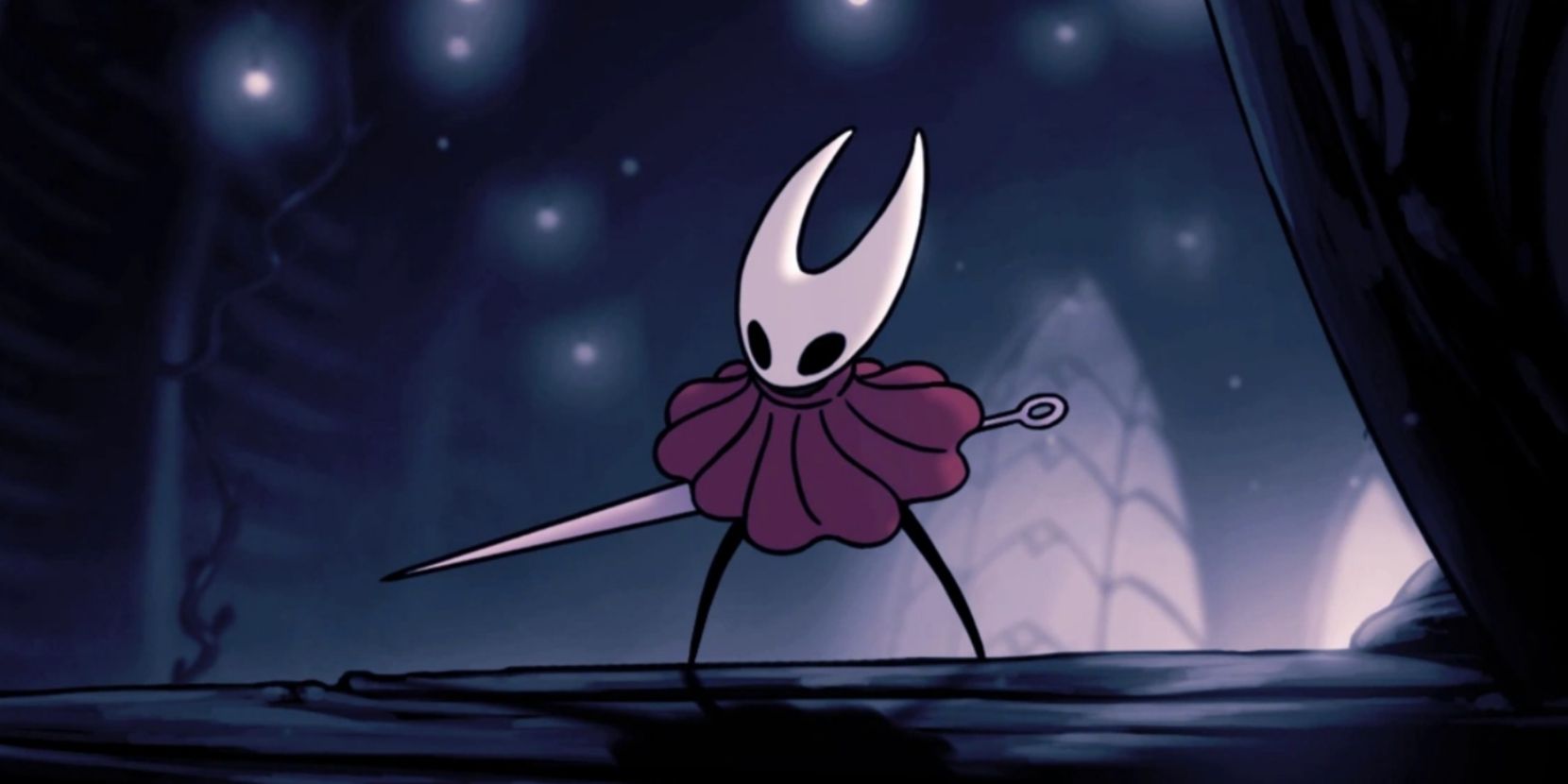 Libras, represented by the scales of justice, are all about keeping the peace. Maintaining balance and justice are things a Libra does best, and they’re confident enough to get things done on their own. If you’re a Libra, chances are you identify with Hornet as a character.

Silksong protagonist Hornet is the protector and guardian of Hallownest, and justice is her birthright. She’s incredibly powerful and independent, willing to sacrifice everything for the good of her long-forgotten kingdom and its people. 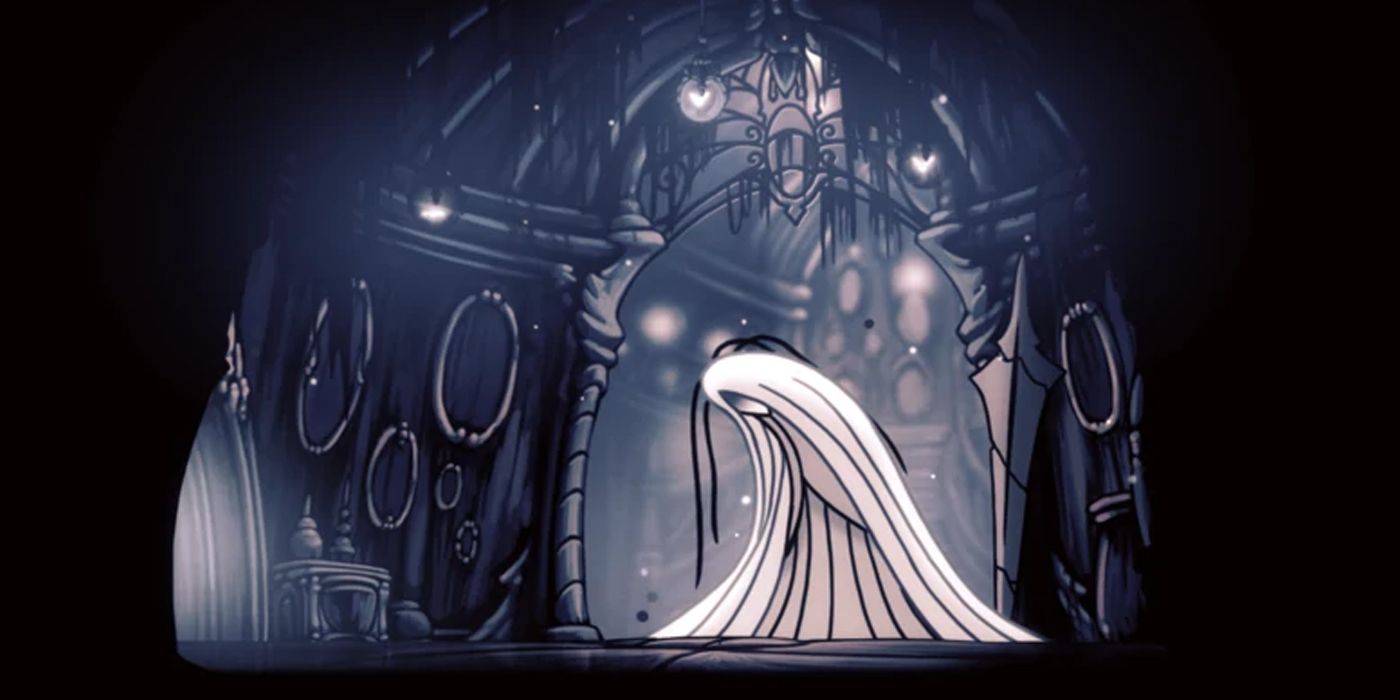 One of the most intense of the water signs, Scorpios are wise beyond belief and intensely emotional. When a Scorpio is in a mood, the whole room feels it. The Grey Mourner is on an emotional quest of her own, as she is met on a quest to deliver a flower to her late lover.

Even though the object of her affection is long-gone, she feels her love just as strongly as any other Scorpio would. Her willingness to go the extra mile just to show care and respect for someone she loved for so long sets her up as the perfect Scorpio. 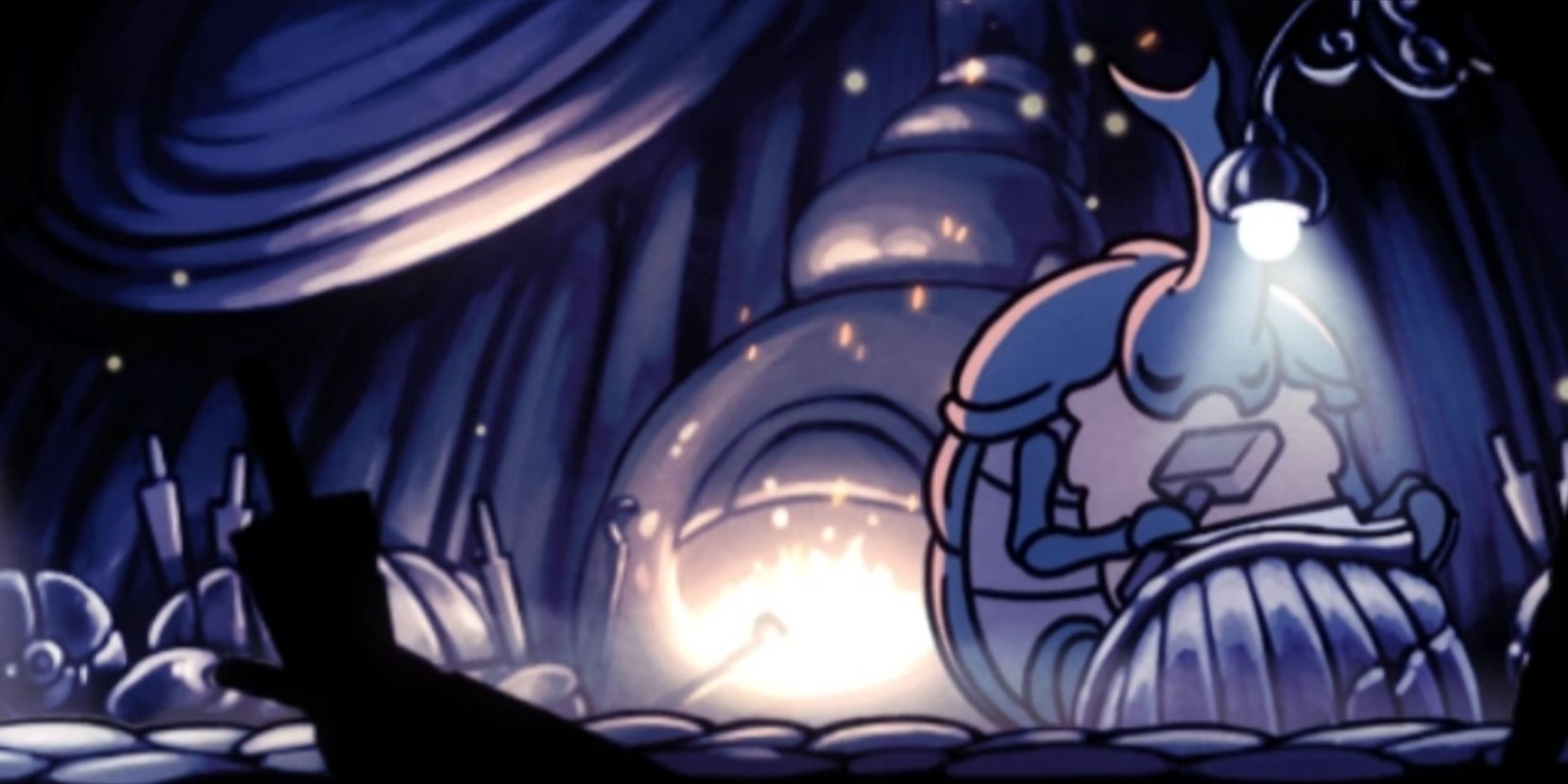 Represented by a centaur archer, Sagittarius are loyal and brilliant tacticians. Crafting, building, and developing are among this sign’s hobbies, and they’re jovial even in times of stress. The Nailsmith, Hollow Knight’s resident Sagittarius, has devoted nearly his entire life to honing his craft.

He certainly falls under the workaholic category of those born under the archer, and his work is precise and meticulous. It’s safe to say Nailsmith has a lot to show for all his hard work, and so do most other Sags. 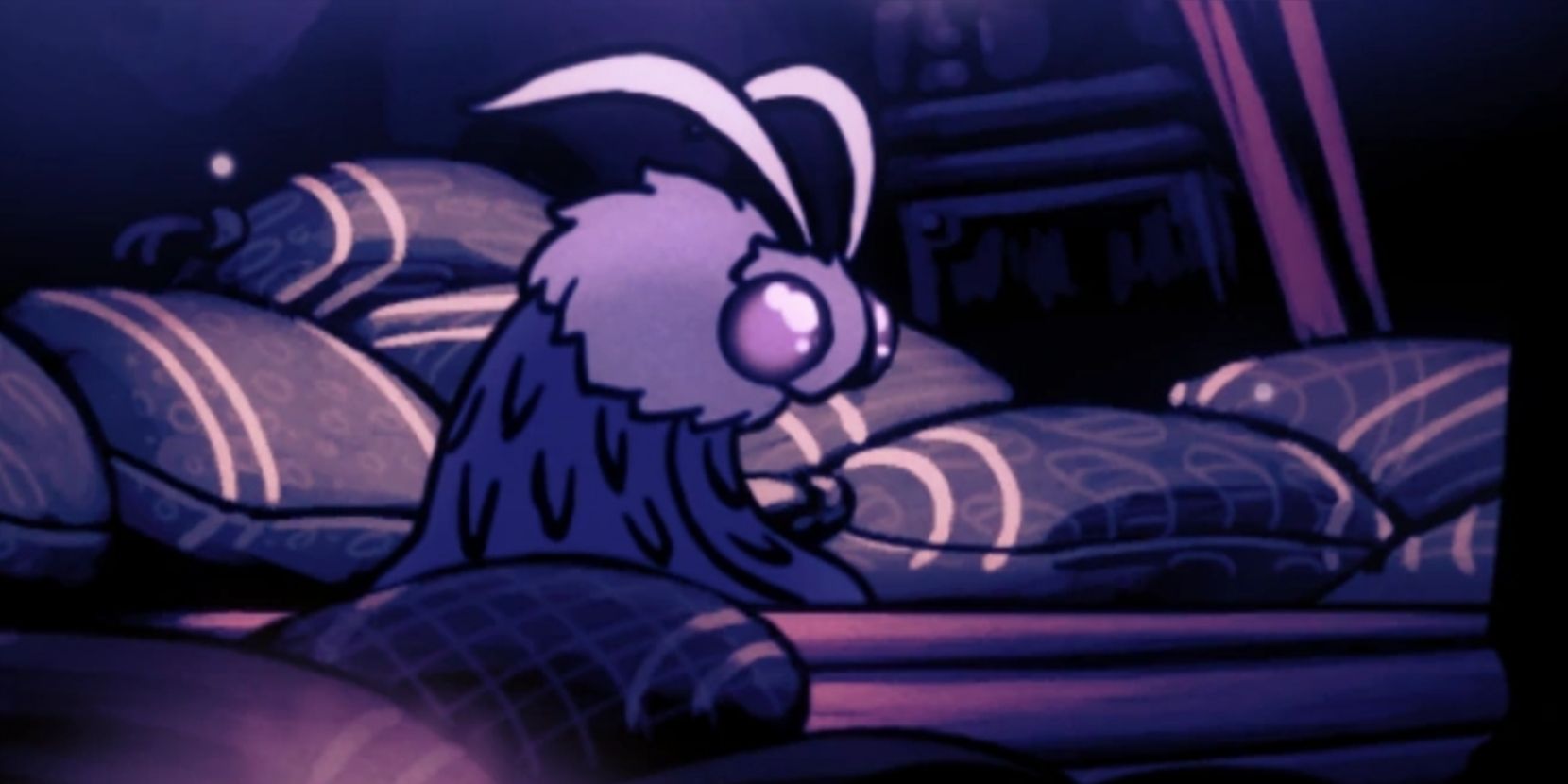 The tenth Zodiac sign, Capricorn, is accurately represented by the goat. Capricorns are driven and hard workers, often throwing themselves straight into the fray and staying there until the job is done. The Seer, filled with regret over a forgotten creator, spends her days tending the graves of the resting grounds.

After all, somebody’s got to do it, and that’s just the type of job that falls to a Capricorn. Though a dedicated worker, The Seer provides guidance and wisdom the likes of which only the mind of a Capricorn can dream up. 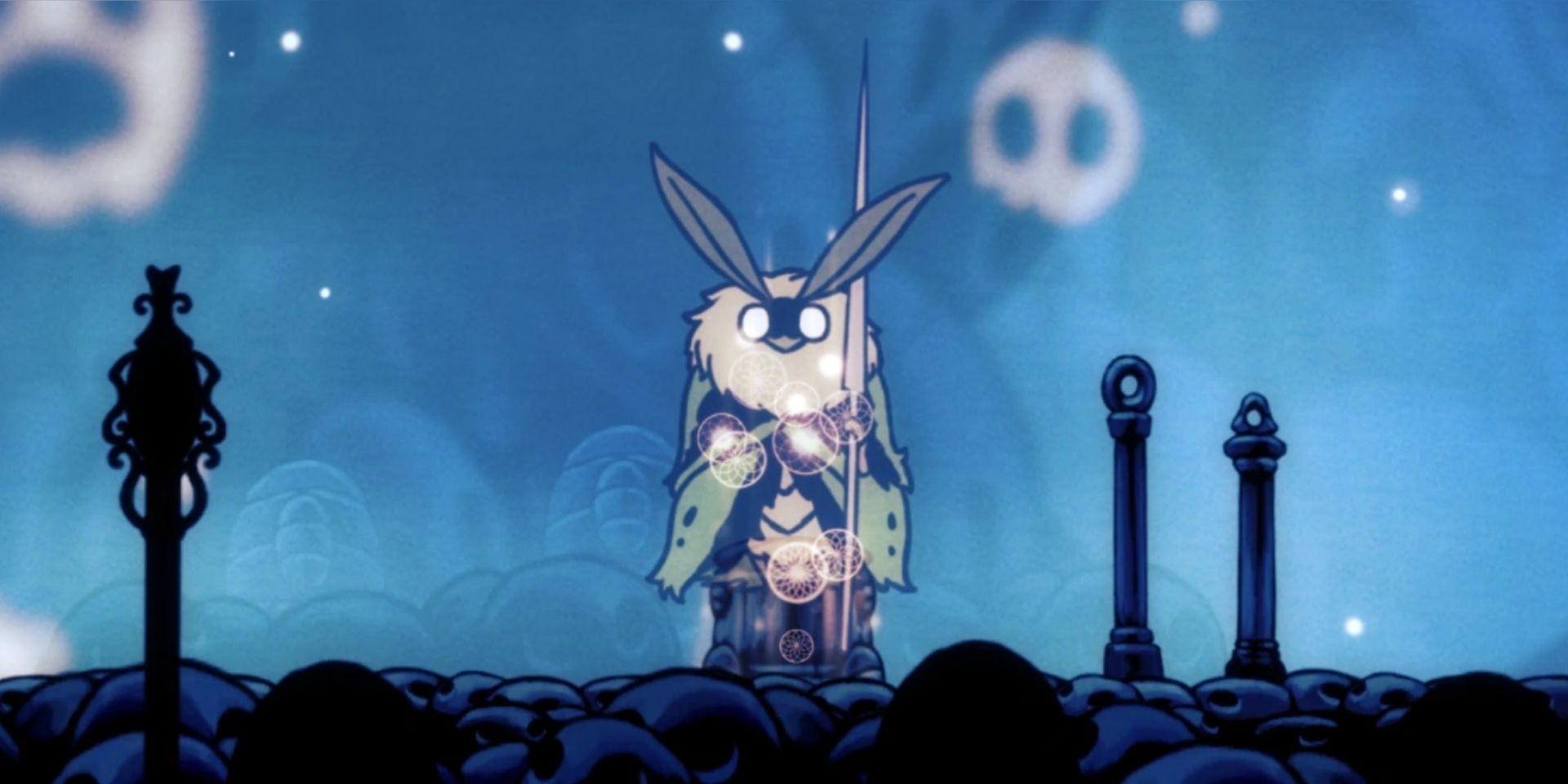 The Water-Bearer is a bit of a misnomer; Aquarius is the last of the Water signs in the zodiac. The fighting spirit and hard resolve of an Aquarius can be best represented by the moth spirit Thistlewind. Despite the pacifism of their species, Thistlewind carries a large lance and excels at fighting and exploring.

Just like how Aquarius knows when it’s time to quit while they’re ahead, Thistlewind has decided to retire their underground adventuring career. They’ve recognized that the ruins of Hallownest are far too dangerous for just one bug to handle alone. 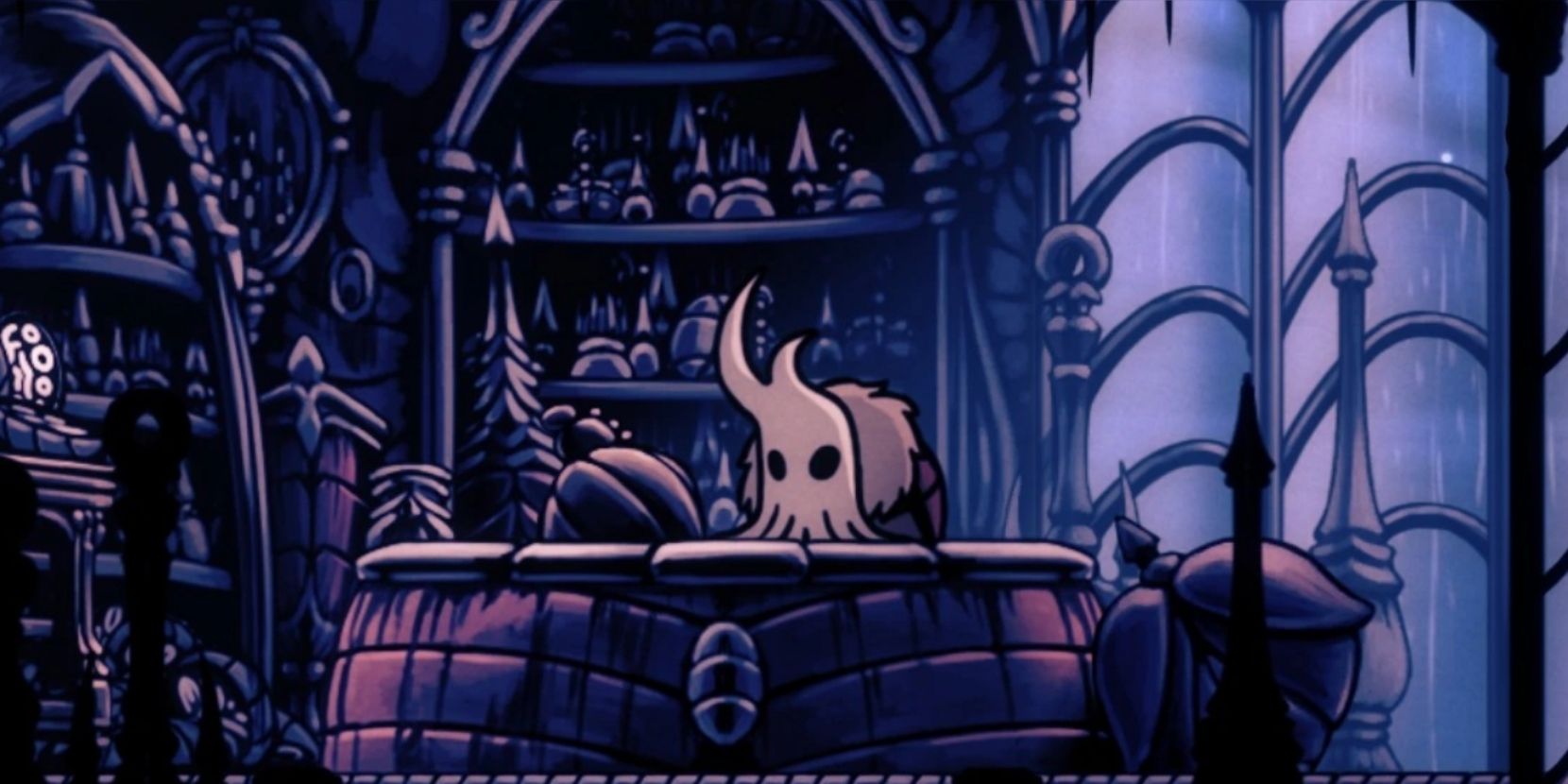 Pisces may be the final sign of the zodiac, but it’s not to be taken lightly. Once a Pisces finds something that they love, they’re going to pour every ounce of energy they have into it. Pisces are often collection enthusiasts, expanding their hoard and displaying it proudly.

Relic Seeker Lemm, wise beyond his years, is the insectoid impersonation of this water sign. Lemm’s main interest is antiques, and he’ll go into extreme detail to find and appraise them. Like a true Pisces, Lemm takes even his hobbies very seriously.