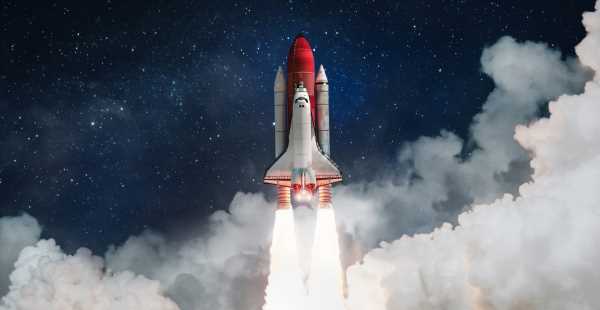 Presented by Google for Games

Catch up on the other articles from Google for Games in this series covering a wide range of topics that help developers take their games to the next level. Find them all here.

A strong launch captures early user interest, which drives installs and boosts revenue right out of the gate. From there, the stage is set for a robust player base and continued engagement throughout a game’s life cycle – an important key to the longevity of your game. But how do you prepare for a successful launch?

“You only get one chance to make an impact when you launch a game, so you have to make that first impression count,” says Katie Funk, Global Product Lead for game ads at Google. “The launch period has unique challenges to address, which is why you need a strong launch strategy, which in turn, will have enormous benefits for the long-term success of your game.”

And while every game has its own particular considerations, Google has identified some best practices that can make all the difference in a crowded mobile games market.

One of the key challenges during the launch period is determining when your game is actually ready, Funk says. In the pre-launch phase, developers should focus on optimizing their game builds and performance to ensure that players have a great first experience.

“Oftentimes games are launched a bit early because developers want to rush to get it out the door, to get people playing the game that they’re so excited about,” she says. “It’s critical to make sure that you’re testing ahead of time so that the game is in an ideal state before moving on to a global launch.”

This is the time to be measuring key metrics as your users test core game functionality and performance, and this information will later inform your marketing strategy.

Firebase App Distribution makes it easy for you to distribute pre-release versions of your games to trusted testers and receive valuable feedback before a wider release. Open testing on Google Play lets you gather feedback from real players privately, with no impact on your game’s rating.

Firebase Crashlytics gives you insight into stability issues and bugs that are degrading the app experience so that you can resolve them and ensure that players have a great, stable first experience. Pre-launch reports also offer data on your game’s stability, performance, and more. Plus, the Google Analytics for Firebase SDK provides the first-party data necessary for insight into player behavior, audience segmentation, and engagement.

Capturing early interest from users will also help encourage a healthy audience at launch. Organic pre-registration and App campaigns for pre-registration are a great way to generate excitement for the game, and drum up an influx of installs at launch.

Learn more best practices to help with your initial release.

The shift from pre-launch to launch is an incredibly critical stage in the process. First, your game’s store listing is an important tool to drive app discovery. Developers can attract users by tailoring their store listing to the audience and market. In a global launch, localization is key – and Google Play offers translation services for app strings and store listings to maximize your reach.

You can also increase discoverability by optimizing the graphic assets, screenshots, and video you use to represent your game. Store listing experiments enable you to convert more visits to installs by testing those elements with an actual Google Play audience.

Using the Google Analytics for Firebase SDK in conjunction with App campaigns allows you to capture first-party data pre- and post-launch to enhance your performance marketing efforts. In the pre-launch stage, Google Analytics conversions allow you to understand player behavior and set ROI goals based on purchases. With that data in your tool kit, you can seamlessly transition to return on ad spend (ROAS) bidding after the initial launch phase. This is especially helpful after launch when you’re focused on acquiring even more users for your game based on specific ROAS targets.

Smart bidding in Google App campaigns analyzes and intelligently predicts the value of a potential conversion – whether a player is likely to install, stick around, and spend – every time a user searches. It dynamically adjusts bids for these searches to maximize the return on them. To boost organic UA efforts, install campaigns with max conversions bidding will target a broad audience, for fast reach at a low cost.

“Maintaining momentum after launch is an art and a science, and serves as a challenge for almost every game developer,” Funk says. “But there are great strategies to maximize user engagement and revenue from your game for the long term.”

Understanding player lifetime value (LTV) is central to prolonging user engagement and retention, as well as running your marketing campaigns cost effectively and at scale. Use historical player LTV to create a ratio between early user spending and long-term value. That ratio can then be used to predict the LTV of new players earlier. Predictive audiences in Google Analytics offer insight into which segments of users are likely to churn or purchase, so you can optimize your monetization and LTV strategy.

It’s also important to maximize the power of your creative to boost performance. Invest in high-quality creative, because it’s how you capture user attention. Refresh assets often, and swap out the creative that isn’t getting the traffic you need. Also make sure you’re localizing your game for different audiences, to reach as wide a global audience as possible.

Setting up a holistic monetization strategy that incorporates both ad revenue through AdMob and in-app purchases can help maximize a game’s revenue potential over the long term. According to the Google for Games 2022 Mobile Insights Report, 75% of mobile players believe that in-game ads have a positive or neutral effect on their gameplay experience, making them a powerful way to grow topline revenue.

Lastly, Firebase Remote Config can be used to personalize your game experience, optimize your ad strategy, and even test different monetization strategies to increase revenue.

Ensure that you’re following these best practices throughout the launch lifecycle to increase the chance of reaching valuable new players for your game.

Google for Games has the tools and solutions that help drive improved results and return on investment. Learn more about the three key pillars to drive success for your game launch, from releasing with confidence, to acquiring users at scale, and maximizing the lifetime value of your game. You can also take this short launch quiz to help you optimize your game’s success.

<hr /><em>Sponsored articles are content produced by a company that is either paying for the post or has a business relationship with VentureBeat, and they’re always clearly marked. Content produced by our editorial team is never influenced by advertisers or sponsors in any way. For more information, contact <ahref=”mailto:[email protected]“>[email protected]</a>.</em>