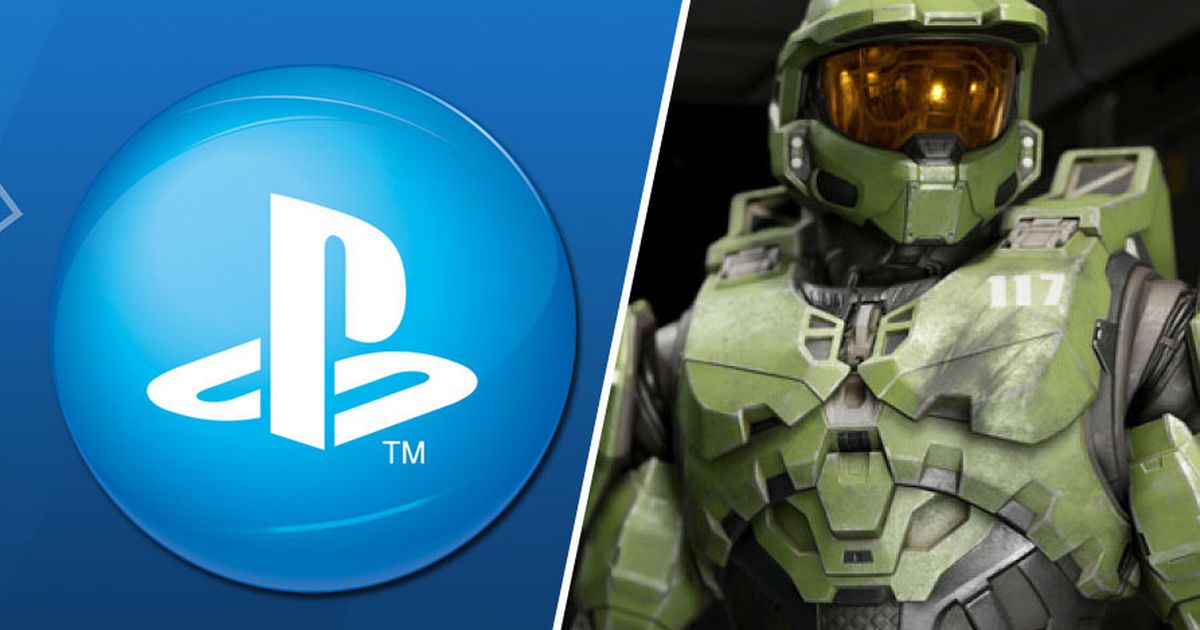 Xbox has had a rough generation, with very few exclusives to look forward to for fans of Microsoft's console. Is there a chance that Halo could make the move to another system when Halo Infinite launches this year?

The legendary shooter franchise has been absent since 2015's divisive Halo: Guardians, with early reports suggesting Infinite could be a soft-reboot of sorts for the franchise. Built on an entirely new engine, the Slipspace engine, the initial reveal trailer revealed a stunning new ringworld, while E3 2019's brief in-game trailer reintroduced us to the legendary Spartan, Master Chief.

In fact, if you take away Halo 5: Guardians, the only games from the franchise in this console generation have been Master Chief Collection (which launched in a pitiful state), and the subsequent games that have been added to it – Halo 3: ODST and Halo: Reach.

The short answer is "maybe" – but the longer answer is much more interesting, and could make for a fascinating next generation of consoles.

Phil Spencer, head of Xbox, has long touted the benefits of cross-play, and has stated that Microsoft thinks of Xbox as a platform, not a console – potentially paving the way for Xbox first-party games jumping to rival systems – like the PlayStation 4 or 5.

In an interview with Kotaku last year, Spencer was pressed on the possibility of games like Halo coming to PlayStation or even Switch consoles.

"The games themselves are critically important to players and people playing. But ensuring that you have a connected ecosystem with the players, where people’s save game and their state and their friends list and their entitlements move seamlessly from every ecosystem—from every device—that they want to play on is critical," he told Stephen Totilo.

"There aren’t other systems where we can go do that today."

Xbox Live has come to Switch, helping allow players to play with their friends in games like Minecraft – itself a Microsoft-owned property (albeit one that was previously found on other platforms before it was purchased). There's a chance that any Xbox game moving platforms would require Xbox Live (that "connected ecosystem" referenced above), and Sony is unlikely to let that happen.

Interestingly, just a few days prior to that interview, former-IGN and Kinda Funny personality Colin Moriarty, a man with plenty of sources within PlayStation, revealed that Sony and Microsoft had previously discussed the possibility of Master Chief Collection making its way to PS4.

What is Halo Infinite?

The Master Chief returns in Halo Infinite – the next chapter of the legendary franchise beginning holiday 2020!

Developed by 343 Industries for the entire Xbox family of devices, including Project Scarlett and Windows PCs, Halo Infinite continues the Halo 5: Guardians storyline and takes the franchise in ambitious and unexpected directions, powered by the all-new Slipspace Engine

Making the admission on his Sacred Symbols Podcast with co-host Chris Ray Gunn, Moriarty stated "I have it on good authority that Master Chief Collection was being talked about on PS4 years ago. Like, I have that on great authority."

There's also the chance that Xbox Game Pass could move to other platforms, bringing Xbox first-party titles with it. Microsoft's gaming subscription service gets Xbox Game Studios titles at launch, something the company is keen to preserve going into a new console generation – and Phil Spencer has previously said “We want to bring Game Pass to any device that somebody wants to play on” in an interview with GeekWire.

Given the company's recent friendship with Nintendo, we'd imagine they'd be more likely to put Xbox Game Pass on the Switch – but the console's lack of power might make it a harder transition for many games.

As it stands, Halo Infinite is due to launch alongside the Xbox Series X towards the end of this year. While much is still unknown about Xbox Series X, the console itself was unveiled at The Game Awards last month – putting an end to the Project Scarlett codename that the company had been using for the unannounced box.