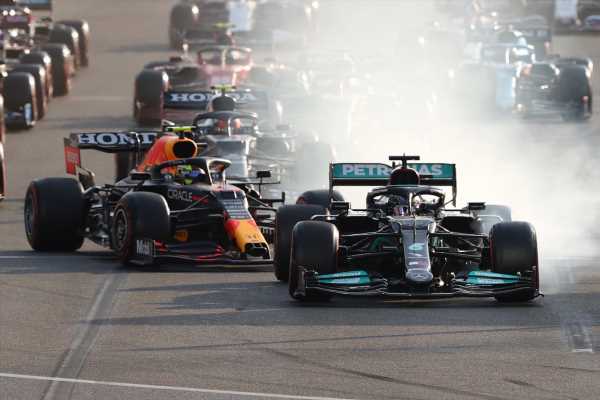 “The thing that really attracted me to Formula 1 is that it’s always been about data and technology,” says Graeme Hackland, Williams Group IT director and chief information officer of Williams Racing.

Since joining the motorsport racing team in 2014, Hackland has been putting that theory into practice. He is pursuing what he refers to as a data-led digital transformation agenda that helps the organization’s designers and engineers create a potential competitive advantage for the team’s drivers on race day.

Hackland explains to VentureBeat how Williams F1 is looking to exploit data to make further advances up the grid and how emerging technologies, such as artificial intelligence (AI) and quantum computing, might help in that process.

This interview has been edited for clarity.

VentureBeat: What’s the aim of your data-led transformation process?

Graeme Hackland: Ten years ago, we might have been putting four major package upgrades on the car a year. We’re now able to do that much more quickly, and we don’t have to wait for big packages of changes. Our digital transformation has been focused on shortening that life cycle. That’s about getting something from a designer’s brain onto the car as quickly as possible. Test it on a Friday; if it’s good, it stays. If it’s not, we refine it, and just keep doing that through the season. And that process has gone really well.

VentureBeat: What kind of data technology are you using to support that process?

Hackland: Some of it is what you would in some industries consider standard data warehousing and business intelligence tools. Some of that is written in-house. At the moment, I don’t have a piece of middleware that lies across the whole layer. But that’s where we want to head to, so that absolutely everything is feeding into that.

VentureBeat: What would that piece of middleware look like?

Hackland: We originally thought of three main domains: design, manufacturing, and race engineering. And you would have these three bubbles that would all talk to each other. But what we’ve realized is trying to create data lakes just hasn’t worked. It hasn’t given us the actual intelligence that we wanted, so we often refer to data puddles. It’s much better to have many of these puddles that are well-structured and the data is well understood. And then, through a middleware layer, we can get to the graphical user interfaces.

On the middleware layer

VentureBeat: What does that layer of information mean for the Williams  F1 team’s engineers?

Hackland: We’re covering everything, from what they look at through to the data structure. And the data structure has been one of our biggest challenges. We relied heavily on Microsoft Excel, and pulling data from all these other sources into Excel was very manual — it took too long. So that’s the piece of work that we’ve been doing. We’ve not made it public who we’re working with in that area. Talking publicly about some of the stuff we’re doing around data and computation, we’re just not ready yet.

VentureBeat: How do you work out the build vs. buy question?

Hackland: When I got to Williams, we were largely buy-only. We built an in-house capability across three groups: manufacturing, aerodynamics, and race engineering. So they have embedded development groups, and I think that’s really important. We considered whether we were going to create a centralized development function. But actually, we feel having them in those three groups is really important. And then as you build those groups, the pendulum swings from buy-only because you’ve got the capability in-house. The default now is that we will always develop our own if we can. Where there’s a genuine competitive advantage, we’d develop it ourselves.

VentureBeat: Where might you choose to buy data technologies?

Hackland: Some of the tools that we use trackside are off-the-shelf. It’s not all in-house-written, because it doesn’t make sense to write your own in some areas. But if you don’t write your own applications, you’re also accepting that these applications are used by multiple teams. If it’s a race-engineering application, it’s probably used across Formula 1 and maybe in other formulas as well. So then you can’t customize it and you can’t get competitive advantage out of it because everyone else has access to it too. So sometimes we’ll use those as maybe a front end and then we’ll be doing other things in the background. When you start to combine that data with other information, that’s when there’s a real competitive advantage, and that’s where we’ve put our internal resources.

On AI and quantum computing applications

VentureBeat: What about AI?  Is that a technology you’re investigating?

Hackland: None of the teams are talking about AI except in passing; they’re just mentioning that AI is being used. None of us want to talk about it yet, and where we’re applying it. But what we’ve said publicly is that there are some really interesting challenges that AI can logically be applied to and you get benefits straightaway. So pit stops, the rulebook — there are roles that AI can play.

VentureBeat: Can you give me a sense of how AI might be applied in F1?

Hackland: Initially, to augment humans — to give engineers more accurate data to work with, or to shortcut their decision-making process so that they can make the right decision more frequently. I felt, even five years ago, that it would be possible that AI could make a pit stop decision without any human intervention. So that is possible, but I don’t believe any of the teams will be doing it this year, and we won’t. The engineers are not ready, and the humans are not ready to be replaced by AI. So that might take a little bit of time to show them that we can. I think there’s still that reluctance to completely hand over the decision-making process, and I can understand that.

VentureBeat: What about other areas of emerging technology?

Hackland: From my perspective, quantum computing is a really exciting opportunity to take computation to a whole new level. And if we can get in there early before the other teams, I think we’ll have a real advantage. There are interesting things happening with some [racing] organizations around that. Once again, we’re not talking about it publicly, but quantum is completely awesome. I think quantum will take a while. I don’t want to be sitting here saying that in the next two years that we’re going to be developing, designing, and running the car and doing the race analytics on a quantum computer. But a hybrid computer that has quantum elements to it? Absolutely, and within a couple of years. I’m really excited about what we’re doing already.