Lumikai unveiled its early-stage venture capital fund this week with a focus on India’s fast-growing gaming and interactive markets. That’s a first in terms of its focus on Indian game startups, but it is also unique as it has a female general partner in Salone Sehgal, a former London Ventures Partners investor.

Sehgal is a New Delhi native who grew up playing games but knew very few other female gamers. That helped her prepare for this week’s announcement, but so did 15 years of working with startups and venture investments, she said in an interview with GamesBeat. Part of her motivation is to see strong female characters embedded in Indian culture in a video game. To make that happen in today’s game business, Sehgal realized that she would have to do something about it.

“I never used to find anybody who looked like me in a game world,” she said. “Years later I founded a game company. I always believed that if I wanted to see an Indian female protagonist in a game, I’d probably have to build it myself. And still years later, I discovered that I probably also had to finance it myself.”

She added, “Even when I look at myself, I don’t self identify as a gamer. Even though I’ve built a game company, and I am an investor. I see that word as [representing] a 13-year-old boy sitting in his basement playing. There is this disconnect between what the word represents and who I am and my own passion and interests. To be an investor in this space, you have to have a passion for it. You need to understand the language that game developers speak and that is what sets us apart as a fund.”

The venture fund is one of dozens formed in recent years to support the mainstream growth of gaming, and the backing comes from unannounced global investors including gaming and technology companies from Japan, Finland, the U.S., and South Korea.

The first part of the fund has closed but the company isn’t yet saying how much money it has raised so far, Lumikai general partner Justin Shriram Keeling said in an interview with GamesBeat. Lumikai also isn’t talking about which limited partners are supporting it. My best guess is that it is targeting a total fund amount of $20 million to $40 million. But that’s just a guess. I heard from one gaming source that they would be skeptical about Lumikai until they disclosed the amount, the investors, and their initial investments.

“Lumikai is the first 100% gaming and interactive focused VC fund in India,” Keeling said. “And we think it’s fairly unique that we’re launching in the midst of a pandemic. It’s been fun, but it has been challenging to put this together over the course of a year. But with respect to the market, the timing has been great.”

Sehgal has worked at LVP, Morgan Stanley, Barclays, and game startups. Keeling has worked at Comcast-G4, Fox Interactive Media, Disney UTV Games. They have a combined 40 years of experience in startups and games.

“My current role was a culmination of the last 15 years of being an investment banker, entrepreneur, and a VC investor,” Sehgal said. “I have been very fortunate to see businesses from different vantage points, whether it was starting up a company from scratch to seeing companies from seed to VC funding, to seeing companies at the growth stage. It’s been a very interesting ride.”

Based in New Delhi, the duo said that it will be able to fund about 20 early-stage investments with investment sizes ranging from $200,000 to $2 million. Working in stealth, Sehgal said she and Shriram Keeling have met with more than 140 founders during the first half of 2020.

Traditionally, global financiers haven’t focused on games, as it was considered a hit-driven business. India specifically was seen as a small market and game creators were constantly underfinanced.

But that’s been changing with a new generation of mobile gamers and game startups. The fund plans to announce its first wave of investments in the third quarter. 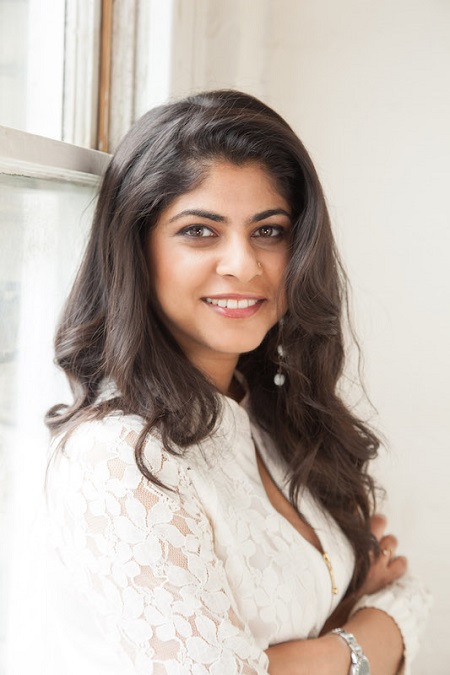 Above: Salone Sehgal of Lumikai is the first general partner at a game venture fund.

“It’s a tough mantle to carry,” she said. “It’s great, and it’s a bit sad that we don’t have more women at this level. It’s a reflection of the current gaming industry that is [male dominated].”

There are other prominent female investors, including Ernestine Fu of Alsop Louie and Dana Settle at Greycroft. But their funds are not exclusively focused on games.

“In the last one or two years we’ve definitely seen a rise in women being backed, but as you know less than 2% of entrepreneurs with financing are female and that’s even worse in the games and media industry,” Sehgal said. “And to some extent, I think it has to do with the fact that there isn’t enough representation on the other side of the table, on the investor side of the table.”

She added, “It’s about what you can appreciate and what you can understand. And when there isn’t somebody on the other side of the table who looks like you, there’s this immediate disconnect, and then the barriers to investment become that much higher.”

She noted that Google’s research showed that 65% of women are gamers or casual gamers, but less than 20% to 30% of games are built for them.

“We have just started to scratch the surface of what entertainment for women or feminine style entertainment looks like,” she said. “And that’s something that is a personal passion. A key part of our thesis is to finance games which are appealing to nontraditional audiences, whether it’s women who don’t identify themselves as gamers.”

So far, Sehgal has met a few female CEOs among the game startups in India. She said Lumikai hopes to use its platform to amplify the voices of female entrepreneurs.

Regarding the protests and diversity issues raised in the game industry in the West, Sehgal said, “I feel some optimism. I know there have been voices that have been subjugated or not allowed to be heard. We are moving towards a hopefully more equal playing field. But I still think it’s a long haul. But at least there’s this discourse and recognition that there is a problem.” 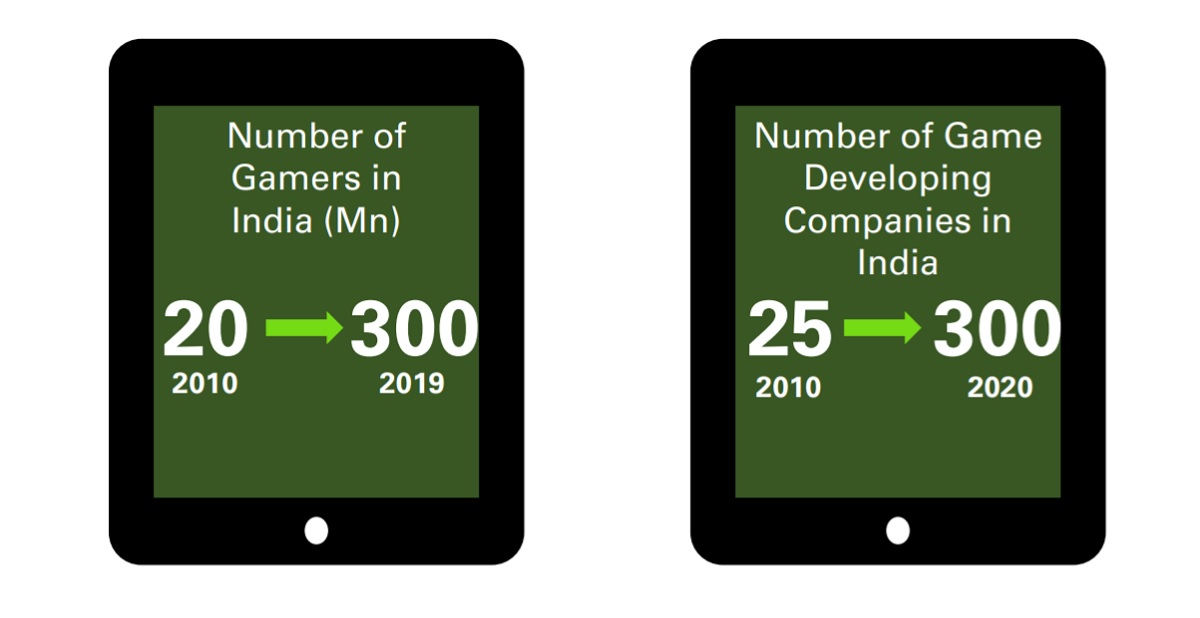 Above: India is growing its gamers and game companies.

India has had some pioneering game companies like Dhruva Interactive, an art-focused company that Rajesh Rao started in 1997. He sold that company to Sweden’s Starbreeze in 2016 for $8.5 million in cash and stock. Starbreeze then sold it to Rockstar Games in 2019. Other game companies include Nazara Technologies, Reliance Games, Dream11, and Nukebox Studios.

“There are definitely some early signs of local domestic Indian companies, especially ones catering to local markets that have really broken out in terms of both valuation and revenue,” Sehgal said.

India has an estimated 365 million gamers among 450 million smartphone users. It has a frictionless mobile payment system. India is now the second-largest global mobile game market with 5 billion installs in 2019, overtaking the U.S. in downloads.

“The market has transformed so rapidly that now we’re seeing these new founders who are digital natives coming on and setting up these games companies,” Sehgal said. “We expect a lot more to come over the years.”

The dollars generated in the market are much smaller, but they’re growing fast. Market researcher Newzoo estimated that India will generate $868 million in revenue in 2020 and continue to grow at a 22% compound annual growth rate.

The average time spent in games grew 25% in the last year, driven by the cheapest 4G data rates in the world. And roughly 67% of India’s millennials are gamers. The hottest genres are puzzle, action, and adventure. Roughly 90% of the market is mobile games. Real-money gambling and esports are also hot.

Ten years ago, India had only about 25 game companies, Newzoo said. Now the country has over 300. But those studios have been starved for money. Perhaps $300 million to $400 million has been invested in Indian game companies in the last few years, and most of that came in the last 24 months, Sehgal said.

India has a lot of domestic and foreign game companies competing for fans. One international game, PUBG Mobile, was recently banned by the Indian government because it was made by China’s Tencent. That’s because the border clash between India and China is generating political fallout.

Lumikai (which combines the Latin word for “light” and the Japanese and Sanskrit words for “tribe”) has lots of competition. They range from the $50 million Transcend Fund based in San Francisco to the recently announced VGames in Israel and the established London Venture Partners.

“For the longest time, it was just LVP investing in games before games investing became fashionable,” Sehgal said. “And then suddenly, over the last two, three years, you’ve seen many funds mushroom up. I think that’s great because games investing is different from consumer internet investing. Games require specialist funds.” 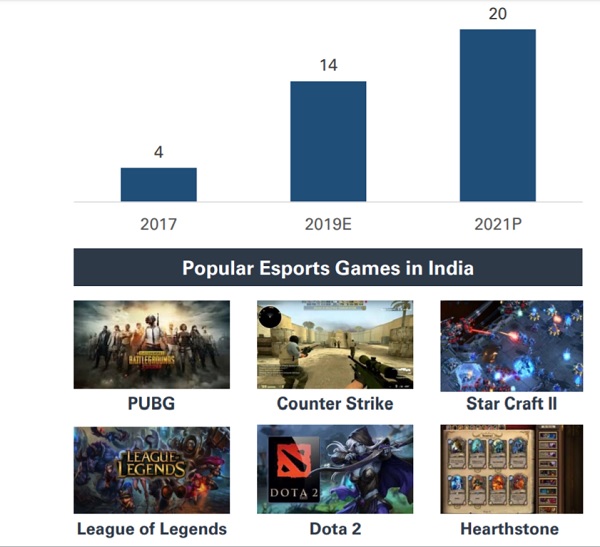 Above: Esports is growing in India.

Lumikai hopes its focus on India will make it stand out, as well as the fact that it has a woman as a general partner. About 30% of India’s smartphone users are female, and they have very little gaming content targeted at them, Sehgal said.

“We are keeping our eye on gaming experiences for that particular audience,” Sehgal said.

The founders have been looking at companies that are making hypercasual games, or mobile titles that take less than a minute to play and are ad-supported. And while esports is hot, it’s harder to find an angle for venture investment, Sehgal said.

“In India, there are hundreds of millions of users, which are now being introduced to social chat, video, voice gaming, and all these mechanics simultaneously,” Sehgal said. “We call them digital convergence natives. They are much more open to inherently social multiplayer gaming experiences. We also have a second set of founders who are more experienced product managers coming from big companies or those that are in adjacent markets.”

Game streamers have become popular in India, particularly during the pandemic, as a new form of entertainment. So Lumikai will keep an eye on opportunities related to streaming.

“What people often don’t really take into account is that India has this tremendously deep bench of both artistic and engineering talent, which can be drawn upon by game studios,” Sehgal said. “We also believe that Indian heritage has been underplayed to the international audience, as Indian storytelling is coming of age. There’s a massive opportunity to build gaming experiences that can become transmedia.”

The firm will look at investments across the whole country, but it will focus at the outset at tech hubs in New Delhi, Bangalore, and Mumbai.