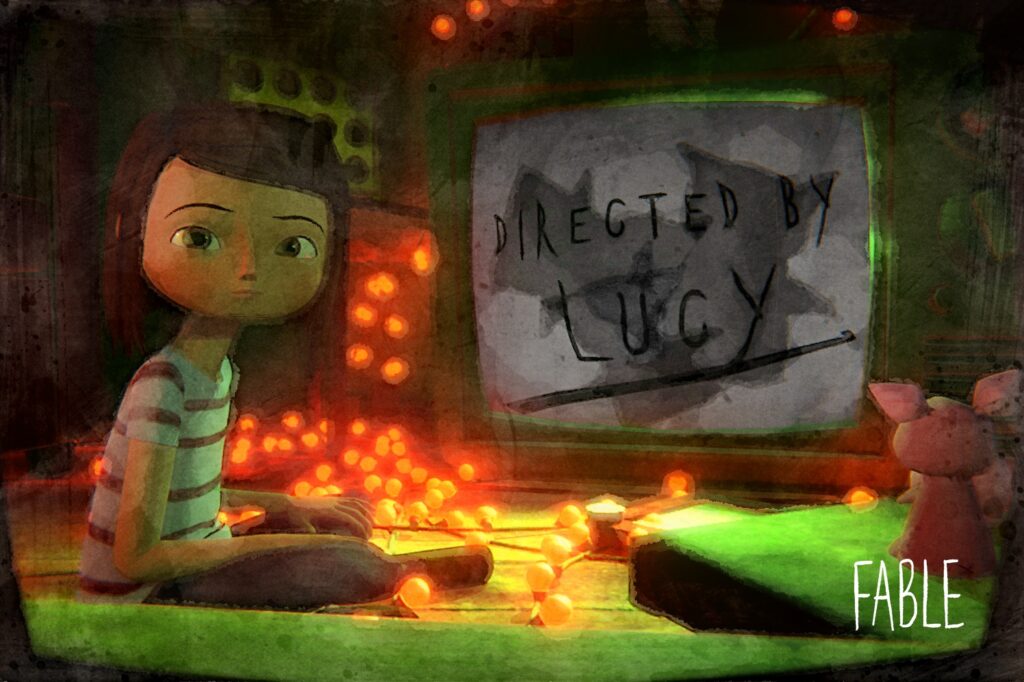 Neil Gaiman & Dave McKean’s Wolves in the Walls and its star character Lucy might have been brought into virtual reality (VR) by Fable Studio but the team has far greater plans for its Virtual Being. This was showcased during the Sundance Film Festival this past week with Lucy attending the event to get feedback for her very own short film.

The very first Virtual Being to attend the festival, Lucy held meet and greets with other Sundance artists to discuss ideas for her film Dracula (working title) with the Fable team then taking those to create the very first screening which took place on Tuesday 2nd.

“As an aspiring artist and a work of art, she relates to festival-goers on multiple levels,” said Halley Lamberson, Producer, Lucy, in a statement. “The meta creative process for our team, trying to capture the behind the scenes of creation, the layers of creativity between character, team and movie…Nostalgic style yet simultaneously a paradoxical mix of old tech and new tech.”

The purpose was to further push Fable’s AI vision for virtual beings, where they can become more than just pre-programmed characters. The idea is to create interactive characters, whether that’s for VR or any other media, which can learn and remember their interactions with you for a far more engaging experience. This was put to the test by Lucy responding to the audience via video chat.

In the video below you can view the short film and see how Lucy responded to questions about the film, being at the festival and more. It provides a tantalising glimpse at the future of AI storytelling.

Lucy’s first film may not be ready for the bigscreen just yet so in the meantime there’s always Wolves in the Walls for Oculus Quest and Rift. As Fable Studio continues its work in AI, VRFocus will keep you updated.