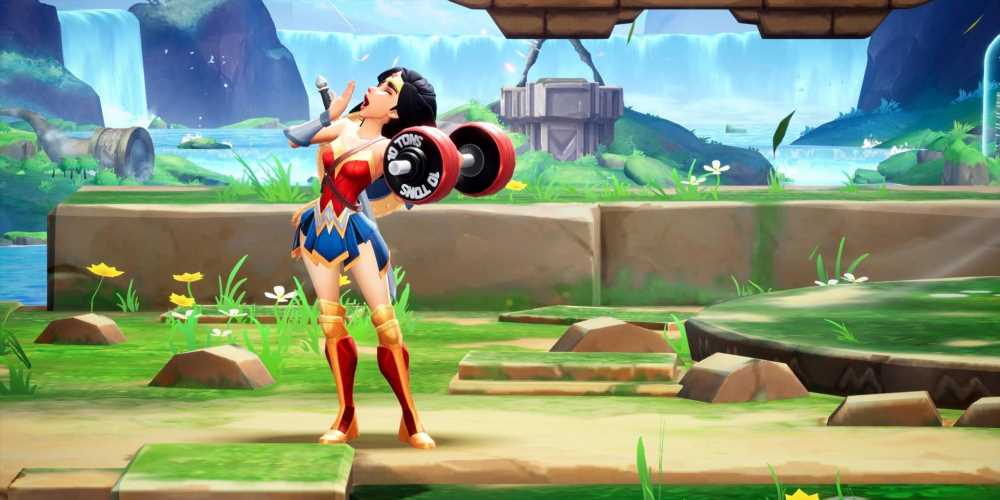 After a short delay, MultiVersus's very first season kicked off on Monday. The biggest update to the fighting game so far has ushered in a lot of changes, but also brought a few bugs along with it. Players have quickly noticed one of those bugs causes Wonder Woman to take damage when she attacks, but a fix for the problem is already in the works.

The issue occurs when Wonder Woman performs an attack which results in her opponent hitting the wall or the floor right after (thanks, VGC). The DC hero takes as much as ten damage every time it happens. That means in most cases, Wonder Woman is worse off after performing the move than her opponent, so not ideal.

If you have taken a brief break from grinding MultiVersus's new 50-tier battle pass to read this and think you've found an excuse for your poor performance this morning, hold your horses. As revealed by the game's director Tony Huynh, a quick fix has already been applied to online play. That means Wonder Woman shouldn't be hurting herself when playing against others from here on in, but the bug will likely persist when honing your craft in The Lab or battling against AI.

Huynh has also reassured players affected by the Wonder Woman issue and any other bugs that have surfaced since the launch of season one that a patch is on the way “very soon”. Other problems to have reared their head thus far include an issue with Arya's up special, and another with the Batarang's cooldown. All things that will hopefully be left firmly in the past when the next patch is applied, likely before the end of the week.

A tough blow for Wonder Woman mains who were eagerly awaiting the new season as they were promised a buff for their favorite character. That has indeed been applied, but when coupled with the bug above, it kind of takes the shine off it. As for who will be joining the MultiVersus gang this season, Morty arrives next week, Rick will presumably be next, and Black Adam and Stripe from Gremlins will join the fight in the near future.