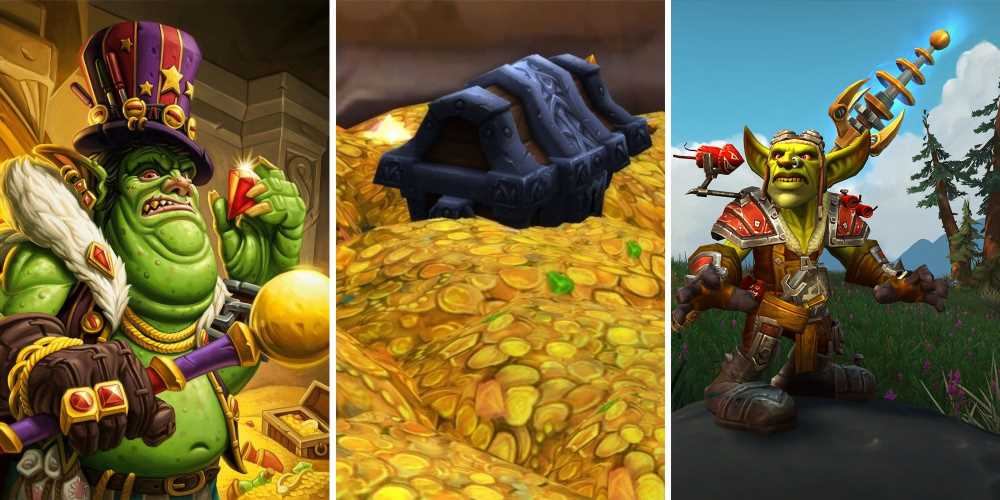 Like many other MMORPGs, World of Warcraft has a dynamic and sprawling economy. The auction house plays an integral role in the end-game content, as consumables and items are in high demand by raiders and Mythic+ players. While some players' engagement with the economy is limited to buying what they need and selling what they don't, others choose to play the economy game to make tons of gold.

Entering the economy of World of Warcraft can be risky, and if you don't have reliable capital, you might lose your hard-earned gold. On the other hand, in-game gold can bring many benefits, from buying high-level items and skipping the grind, to purchasing game time with your gold instead of spending real money. Whether you want to gain these benefits without engaging with the economy too deeply, or you want to gather some wealth before the new expansion launch, there are reliable ways to make some extra gold while you play the game. 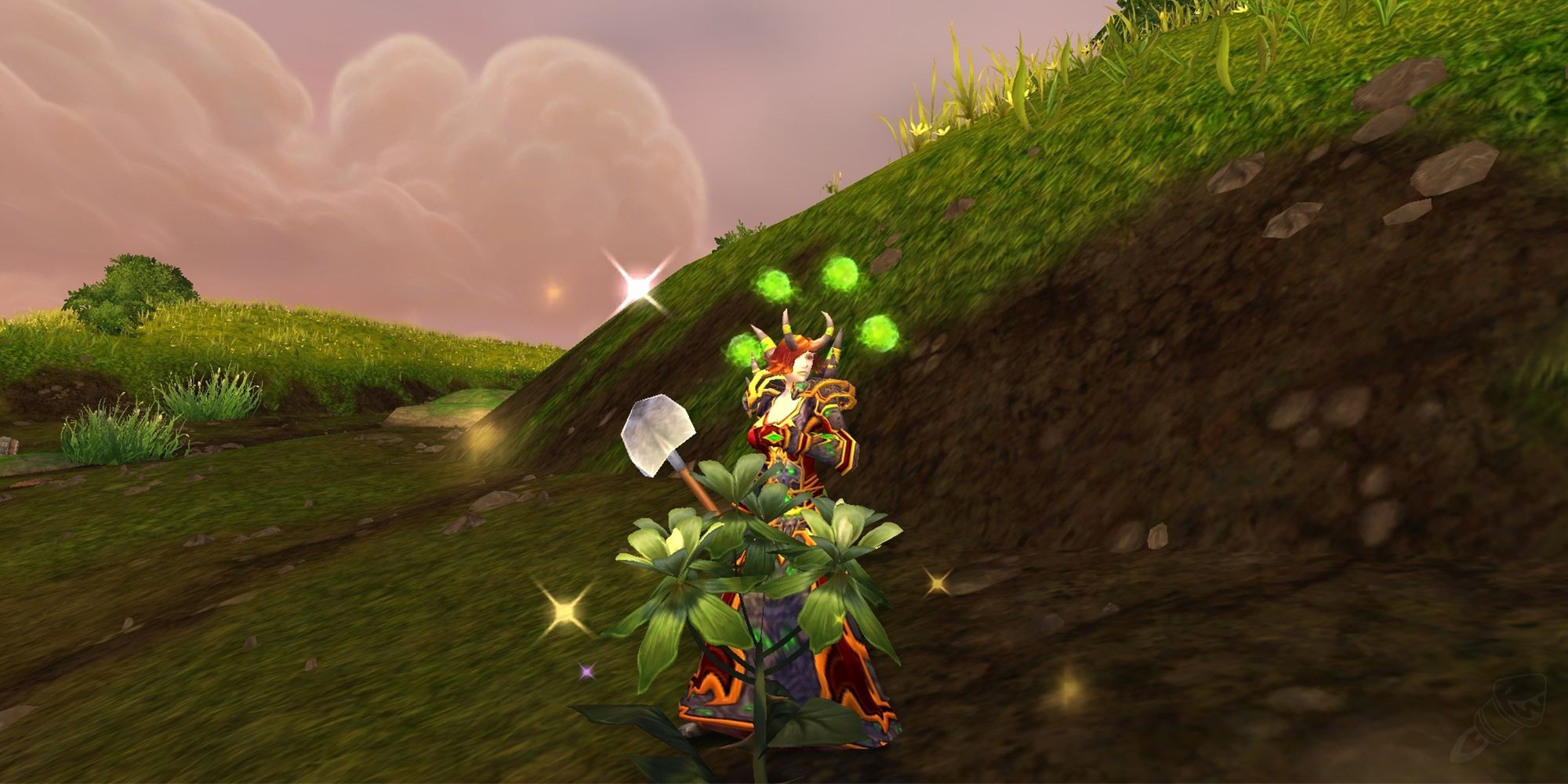 Skinning, mining, and herbalism are the main gathering professions in WoW, and they provide the essential resources for all other crafting professions. These crafting materials are always in high demand, and if you don't plan on using crafting yourself, you can earn a considerable amount of gold by having these professions while levelling and doing world content in the game.

You can increase your profit margin even further by doing some research on the auction house. By examining the prices at different times of day and different days of the week, you can recognize the pattern and sell your goods at times when they are at their highest price. 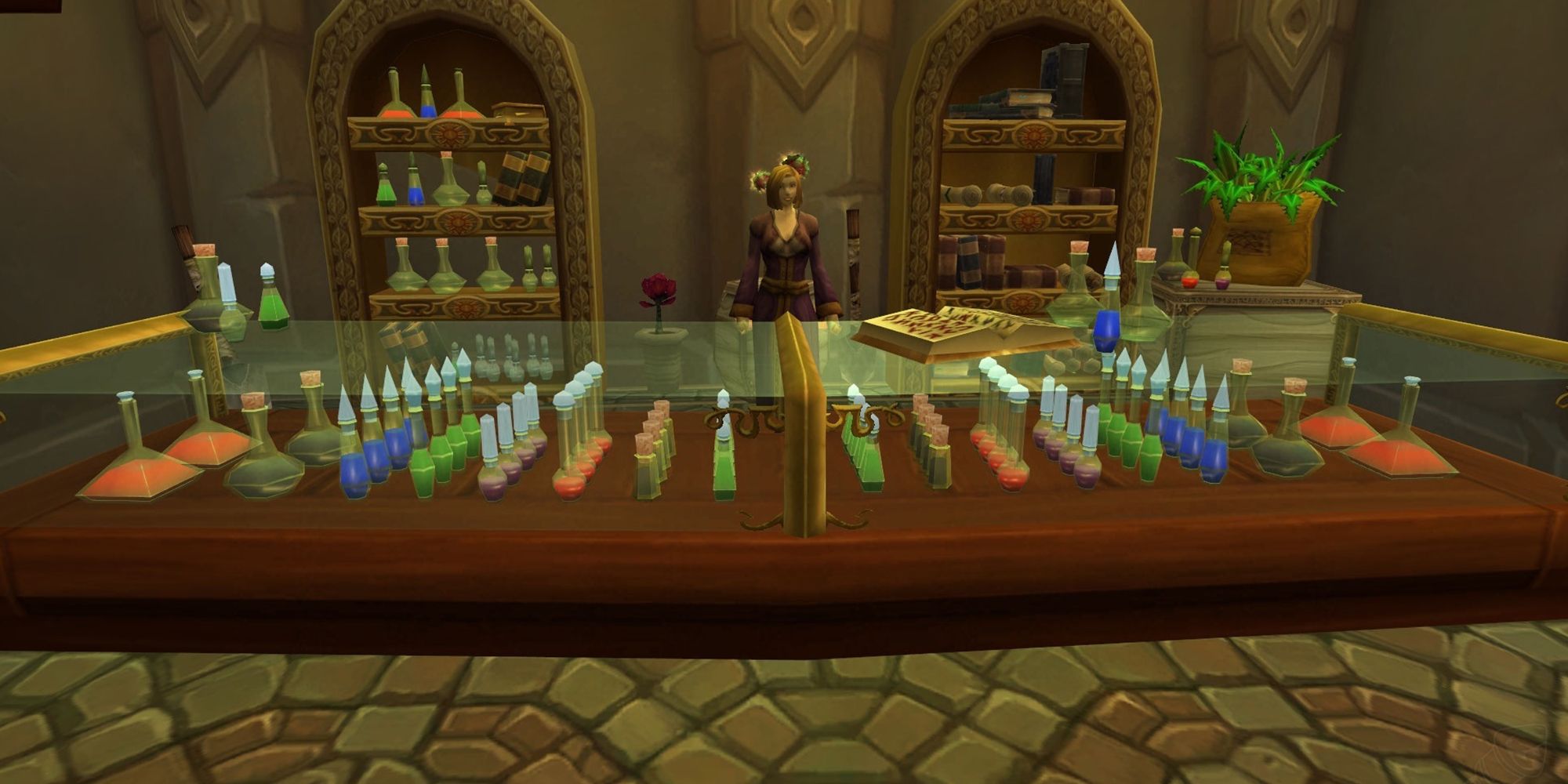 There are three crafting professions that provide essential end-game consumables for players; Alchemy, Enchanting, and Jewelcrafting. Players use these items constantly in dungeons. PvP, and raids, and some guilds and groups even make it mandatory for their players to show up to the raid prepared and with consumables.

Thus, they are always in high demand at the auction house. Just like crafting materials, consumables have different prices during the week, and the most optimal time to sell these items is when most guilds will do raids on your server. This is usually during the weekends and late in the afternoons, but raid times might vary based on your server. 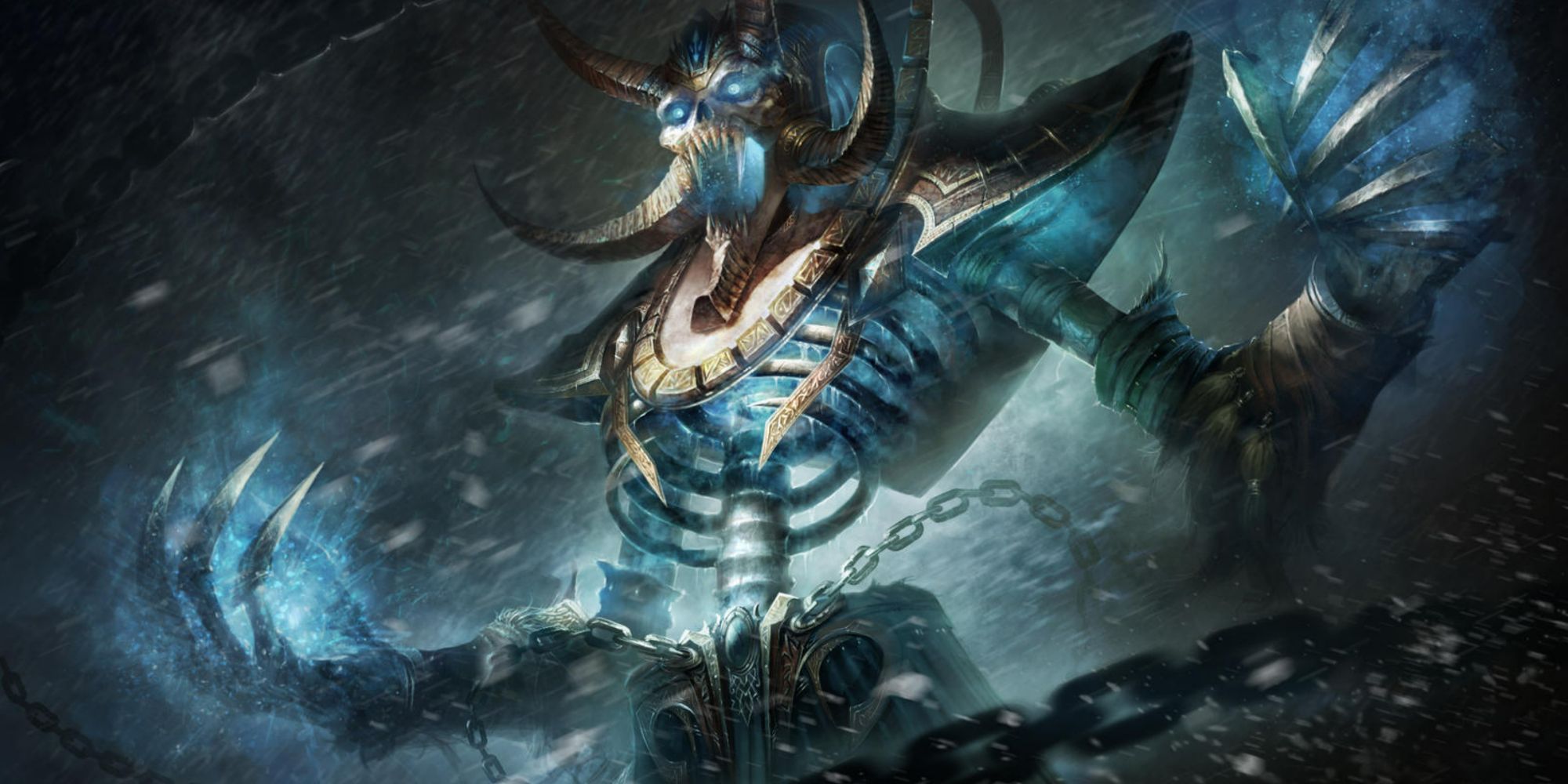 There are two types of equipment in WoW, "bind on pick up" or BoP, and "bind on equip" or BoE. BoP items will become untradeable once you get them as a reward for killing a boss in a dungeon or raid, but you can trade BoE items with other players, or even sell them on the auction house. If these BoE items are dropped from a heroic or mythic raid's minions, they will have a high item level and can be sold for tens or even hundreds of thousands of gold. 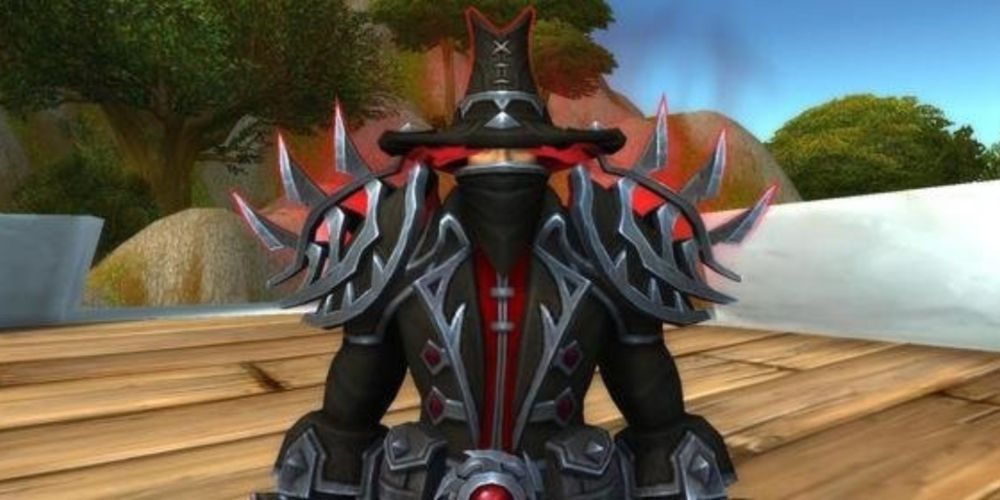 WoW has tens of dungeons and raids with each expansion, and there are tons of cosmetic items that you can collect from old content that few players participate in. Since these are low-level instances, you can easily and quickly finish them on your own with a max-level character, and hopefully, find rare items to sell at the auction house.

Transmog items have a niche market with low demand, but the supply is low enough that some of these items can be sold for a considerable amount of gold. This is one of the slowest ways of making gold, but having a good selection of rare transmog items to sell over the course of weeks or months, can still make you a good amount of gold in the long run. 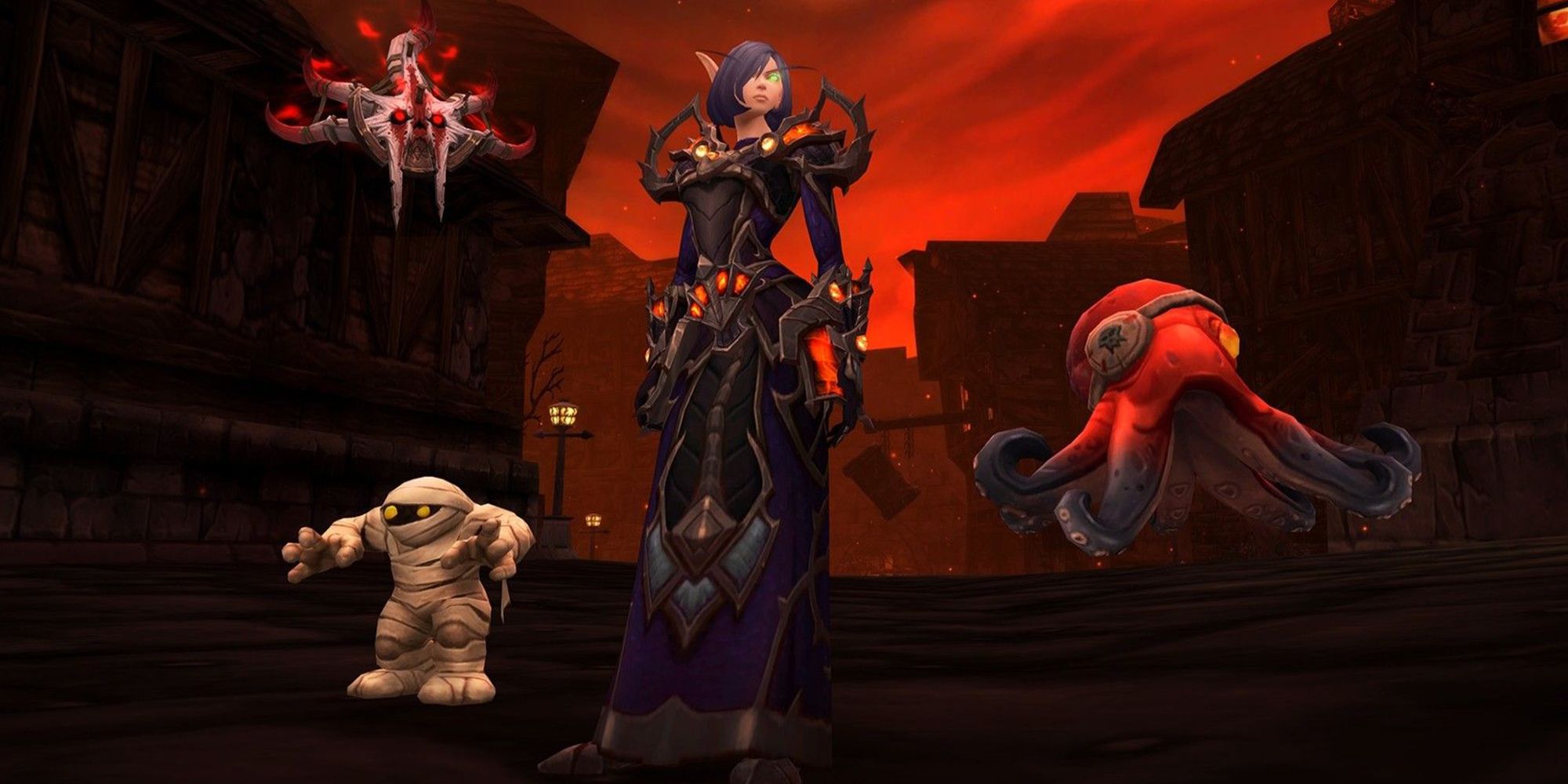 Another niche market in World of Warcraft is for rare battle pets. Pet battles are a mini-game in WoW with a minor player base, but certain pets can still be sold for a lot of gold. One of the ways to collect these pets is by doing older expansions' instances, so you might find a few if you are farming for transmog as well.

There are also crafting professions that let you make unique pets and sell them at the auction house. You can look up the best battle pet rosters and see which pets are utilized the most by players. By farming these pets in particular you can ensure a good price and fast sell rate for your efforts. 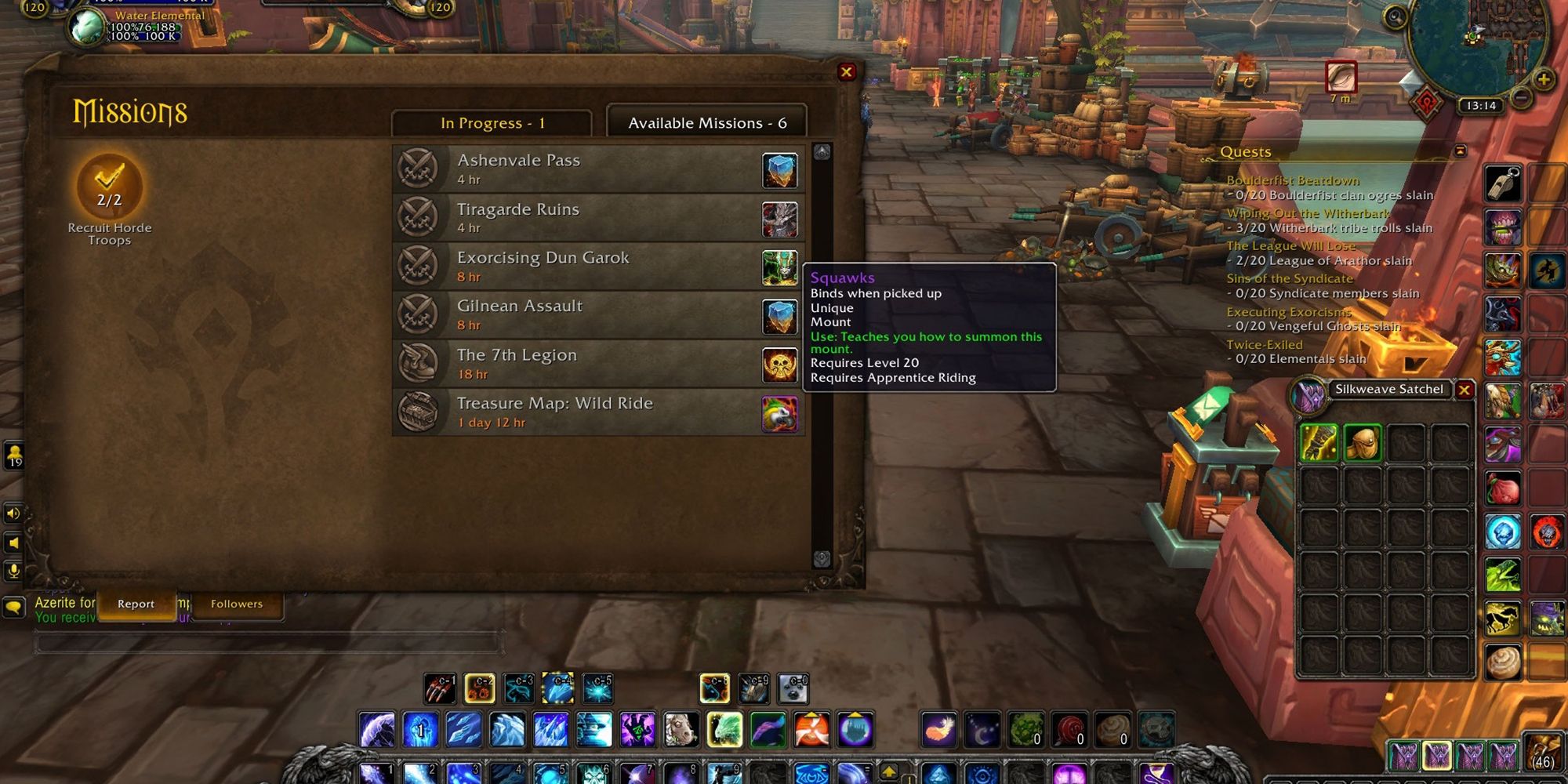 Mission tables have been in every expansion since the Warlords of Draenor, and they can provide a considerable amount of passive gold and crafting materials for multiple characters. All you need to do is progress through the quest lines of these expansions on multiple characters until you set up the mission tables. You can log in daily and send out missions and collect your rewards in a matter of minutes, and have a considerable amount of passive income.

While the raw gold income is reduced when an expansion ends, the mission tables still stay relevant since the smaller amounts of gold will add up on multiple characters and even the crafting materials can be sold on the auction house to players who want to level up old-world crafting professions. The setup for this method requires some time and patience, but once it's up and running, it's well worth the effort. 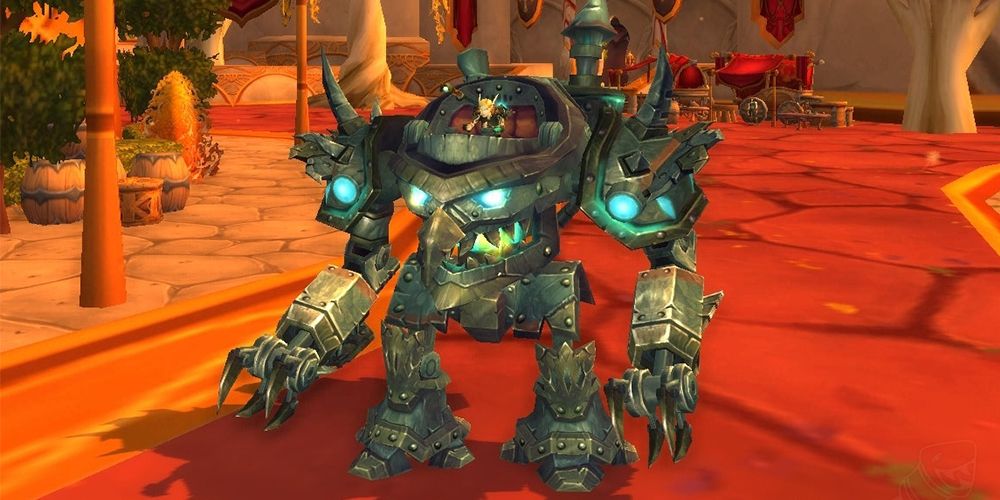 There are unique utility mounts in WoW such as the Sandstone Drake which lets you carry another player on your back or the Sky Golem which lets you gather mines and herbs without dismounting. Both of these mounts, and many others, are crafted by certain professions such as alchemy, engineering, or jewelcrafting.