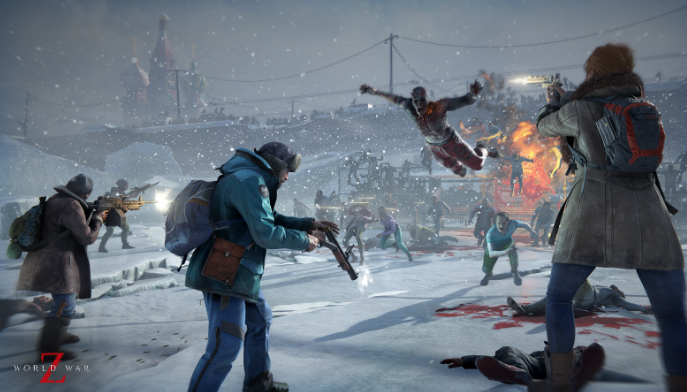 “Compared to games like The Last of Us, Telltale’s Walking Dead, and even Left 4 Dead, World War Z feels much more compelling and long-lasting”

There is, of course, other options if your friends are not the type to be drawn into a third-person shooter with zombies. Multiplayer modes, aptly named PvPvZ, such as Swarm Deathmatch and King of the Hill.

I was lucky enough to have played King of the Hill. Dear reader, it was so intense I felt as though I was going to pass out 10 seconds into the match. Prepping with my team, we headed to the point only to come across the other team, who had managed to throw molotov after molotov into my face and killing me instantly.

By the time I’d got back to the checkpoint we had to capture? Other players were the least of my worries.

World War Z’s zombies are attracted to noise. The more noise you create? The more zombies will appear. It turns out that in my fairly short absence, more than enough noise had been created for hordes and hordes of zombies to come rushing through. They vaulted over fences, climbed through cracks in the walls and were not afraid to bite whoever was closest.

After ten-to-fifteen minutes of complete messes of limbs, several cries of ‘holy shit’ and a whole lot of shooting zombies, we’d managed to fight our way to victory. But it was far from easy. 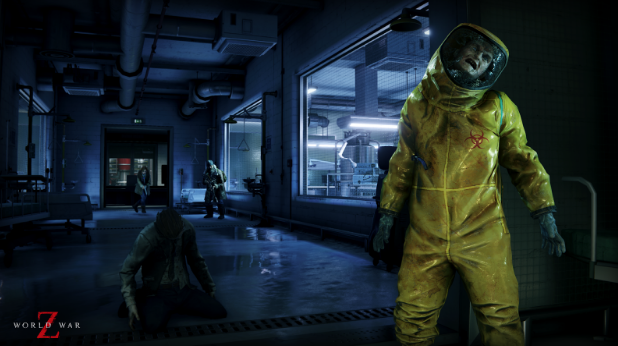 The added element of zombies attacking while trying to survive against real-life players is both exhilarating and terrifying.

But more than that: it’s rewarding when you manage to conquer both. As you continue to play, you earn XP and with it, you get access to your heavy weapon. Mine ended up being a shotgun that after a few hits, gored the enemy players and zombies into complete mush. I don’t know about you guys, but I love goring people to death. In, uh, video games.

Leaving World War Z behind, I feel pretty optimistic that this won’t be just ‘another zombie game’ that should be compared to Days Gone or Overkill’s cancelled Walking Dead game. A sentiment that Karch agrees with.

“[World War Z] is more of a social experience than Days Gone,” Karch told me. “The only real similarity between Days Gone and World War Z is that there are zombies – and they aren’t even calling them zombies, but freakers!”

I couldn’t agree more. If anything, running, gunning and having fun with a group of people didn’t feel anything like a typical zombie game of this modern era. Compared to games like The Last of Us, Telltale’s Walking Dead, and even Left 4 Dead, World War Z feels much more compelling and long-lasting.