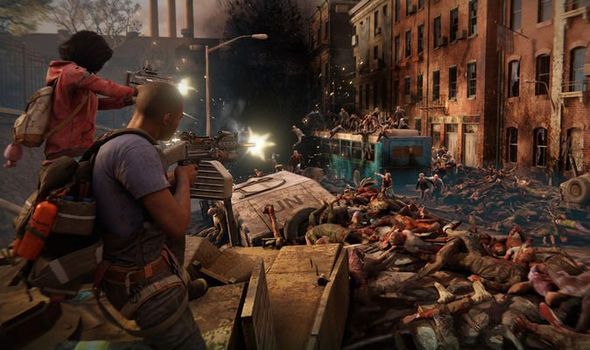 World War Z has been one of the surprise packages of 2019.

After recently making its debut on PS4, Xbox One and PC, World War Z stormed to the top of the UK video game charts.

There’s even a wealth of player-vs-player-vs-zombie multiplayer modes that are surprisingly entertaining.

However, despite its popularity, the launch of World War Z hasn’t been without its problems.

World War Z developer Saber recently addressed the problems on Twitter, telling fans that a major update was in the works.

“Survivors! Thank you for all of your great feedback, the team is hard at work on fixing known issues,” reads a Saber tweet. “We also hear you on additional content & private lobby requests. Please continue to let us know on the forums so that we can help you out.”

In a post on the game’s forums, community manager Jellyfoosh said that a patch was on the way, before listing some early patch notes for the next update.

“This is a list of known issues that we are working on sorting out right now,” the post reads.

“We will update this as they get fixed. This is not an exhaustive list, but these are our priority. Thank you so much for your patience. A patch is on the way!”

According to the early patch notes, fans can expect fixes for game crashes that remove progress, as well as problems with weapon XP not registering.

Fans have also complained about not receiving Trophies on PS4, while Xbox users haven’t always been able to progress the ‘Key to the City’ mission.

You can check out the early patch notes below.

• Some players experience a game crash on launch.

• Some people are unable to see their friends on the friends list / Unable to invite friends to the game.

• Some players lose their progress after a game crash.

– If this is happening to you, please send us your corrupted save in a new thread here on the forums, this will help us out a lot. To be safe, back up a copy of everything in your save folder in a different location. Your saves are located here: AppDataLocalSaberWWZclientstorage

– Appdata is a hidden folder located in your User folder.

• The game always freezes when using “<” symbol in chat.

• There are some keybinding issues.

• Some players experience a game crash that sometimes removes progress.

• Progress is lost after a PSN name change. Please don’t do this until it has been fixed.

• Game sometimes disconnects at the end of some missions.

• Some trophies are not being acquired for certain players.

• Some players can’t progress the “Key to the City” mission after the “Protect Search Team” objective.

• Some players are unable to receive weapon XP.

• Some players can’t get all the weapons from Pre-order Lobo Pack.