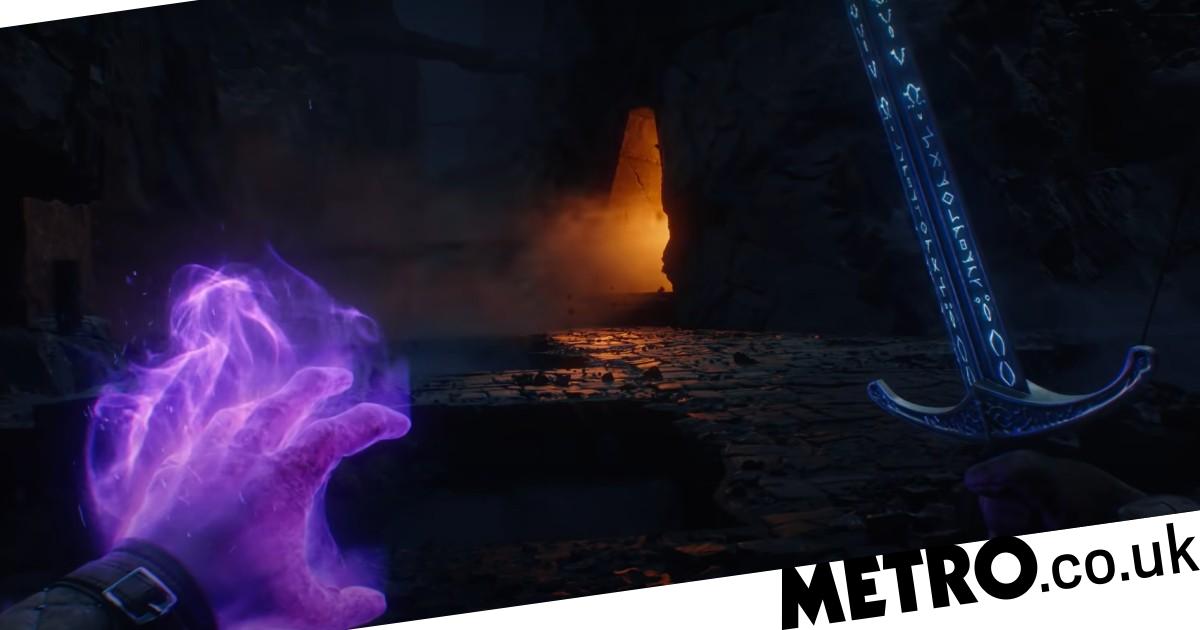 Obsidian’s new game Avowed is set in the same universe as Pillars Of Eternity, claims a new report, but it may not be shown in public till E3.

It’s hard to imagine that Fallout: New Vegas developer Obsidian Entertainment were all that pleased when they found out that, a few years after buying them, Microsoft then went on to buy Bethesda.

After all, the first game Obsidian unveiled after being bought by Microsoft was a first person action role-player that looked very much like Bethesda’s Skyrim. That made sense when Bethesda were still third party but now it all seems a bit awkward.

Apart from a brief teaser trailer nothing has ever been seen or said about exactly what Avowed is, but a new report confirms that it is to Skyrim as The Outer Worlds is to Fallout.

It may seem odd to have two well-respected developers making such similar exclusives for the same console, but it’s not without precedence when you consider Rare’s output on the N64. And in the case of Obsidian and Bethesda it’s going to be a long time till we see The Elder Scrolls 6 or Fallout 5.

As to how Avowed will differ from Skyrim, according to Windows Central the game is set in the same universe as Pillars Of Eternity but with two-handed, first person combat similar to The Elder Scrolls.

Windows Central has apparently seen pre-alpha gameplay footage that shows you’ll be able to dual wield weapons and mix and match melee and magic attacks, with combat described as more ‘loadout-based’ than Skyrim.

Apparently there’ll be multiple classes, magical weapon enchantments, and many of the same enemies from Pillars Of Eternity, such as the reptilian Xaurips.

However, Obsidian are apparently aiming for a more colourful game than the rather dreary Skyrim, with destructible scenery and ‘luminescent caves’.

Obsidian is already working on The Outer Worlds 2 and Avowed is believed to use an enhanced version of the original’s game engine. However, it’s not yet clear if Avowed will feature a true open world or a hub system like The Outer Worlds.

Windows Central suggests that new footage will almost certainly be shown at E3 in June, with an outside chance it’ll turn up at The Game Awards in December.