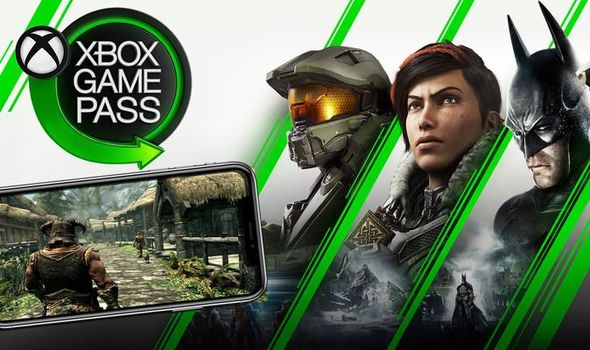 Xbox Game Pass Ultimate gives subscribers access to to over 150 Xbox One games on demand, as well as online multiplayer, monthly Games with Gold releases and exclusive member discounts.

In a huge update to the service earlier this month, Xbox Game Pass Ultimate members can also stream Xbox games through the cloud.

Unfortunately, however, the cloud streaming aspect of Xbox Game Pass Ultimate is only available on Android devices.

If you have an iOS smartphone or tablet, then you’re missing out on a huge part of what makes Xbox Game Pass Ultimate so appealing.

It’s even more appealing now that Microsoft has purchased Bethesda, and partnered with Electronic Arts to bring EA Access games to its subscription service.

If you’re an iPhone or iPad owners looking to stream Xbox games on your smart device, then Microsoft has shared an important update.

According to Microsoft executive Phil Spencer, the company hasn’t given up hope of securing iOS compatibility for Project xCloud.

“We’re committed to bringing Game Pass to all mobile phones out there, including Apple phones,” he told CNBC. “We’ll continue the conversations and I’m sure we’ll be able to get to some resolution.”

Spencer added that the issue with Apple isn’t financial, it’s due to cloud streaming platforms not being able to appear on iOS.

As it stands, if you’re an Xbox Game Pass Ultimate subscriber looking to take advantage of the Cloud Gaming service, then you’ll need an Android phone or tablet with version 6.0 or greater, as well as Bluetooth version 4.0+.

If you have a compatible device, you must then download and install the Xbox Game Pass app, and ensure you have an Ultimate subscription.

“As Xbox Game Pass Ultimate members, you can discover the freedom and flexibility the cloud brings to your gaming experience,” reads a Microsoft post.

“One of the key benefits of cloud gaming is that it gives you more choices in how to play. Because your Xbox profile resides in the cloud, you can easily continue your Wasteland 3 play through that you began on your living-room Xbox console on your Android phone or tablet.

“It’s perfect for those times when you want to get in a gaming session while away from home or when your shared TV or console is occupied.

“With the cloud, a game like Sea of Thieves can transform into a great couch co-op experience with multiple people playing across console, PC, and mobile devices in the same room.”

As for the games line-up, Microsoft’s Cloud Gaming service is fit to burst with must-have games, including Forza Horizon 4, The Outer Wilds, The Witcher 3, Slay the Spire, Wasteland 3 and lots more.