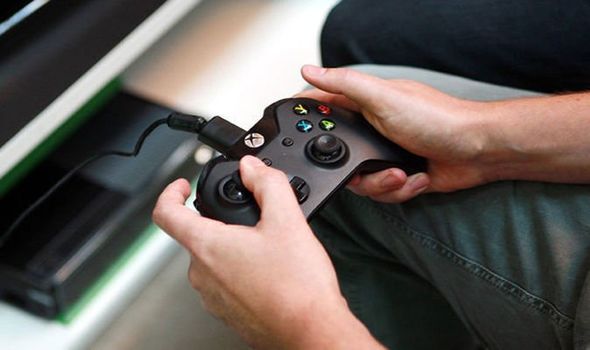 Xbox One gamers have a new choice of free games to play this weekend, starting with the newly released Games with Gold titles.

But Gears 4 and Forza Motorsport 6 and aren’t your only choices if you have an up-to-date Xbox Live Gold subscription.

There is also the latest Free Play Days promotion, which includes a timed-trial, and a recently launched demo from Konami.

The good news is that these new titles won’t cost anything extra to download and play, with some available to buy at a discount.

FighterZ is a timed trial of the full game which is available to download and play for free until Monday, August 5.

Microsoft announced its inclusion via a new blog post, along with news regarding the discount available on the Xbox One Store.

Dragon Ball fans can buy FighterZ with 75% this weekend, making it a great bundle for those who like what they play.

It should also be noted that unlike other Play Day games on Xbox One, FighterZ cannot be found on the Xbox Game Pass.

Xbox One fans will need to find an extra 7GB of space to download FighterZ on Xbox One, and that’s without any additional DLC packs.

The Microsoft Store description reveals: “DRAGON BALL FighterZ is born from what makes the DRAGON BALL series so loved and famous: endless spectacular fights with its all-powerful fighters.

Adding: “With a free switching battle mechanic that adds another element of strategy to the gameplay, Dragon Ball FighterZ boasts a level of complexity that delivers a unique fighting experience, elevating it amongst its peers.

“By mastering everything from dynamic aerial combat capabilities to adrenaline-inducing combos, players can stand out amongst the best in this action-packed thriller.

“However, epic combat isn’t the only thing Dragon Ball FighterZ offers, fans of the series can also enjoy famous scenes from the anime reproduced in 60 fps and 1080p resolution, with higher resolution supported on Xbox One X.”

And if Dragon Ball isn’t your thing then you also download the new PES 2020 demo on Xbox One.

This is another free download, although online play will require an Xbox Live Gold membership.

The new PES demo is easy to find room for, being around 5GB to download on consoles.

It comes with a number of different teams to play as, including Manchester United, Barcelona, Arsenal, Juventus and Bayern Munich.

When it comes to game modes you can try out, limited versions of Exhibition, Co-op, Online Quick Match, and Online Co-op are available on Xbox One.