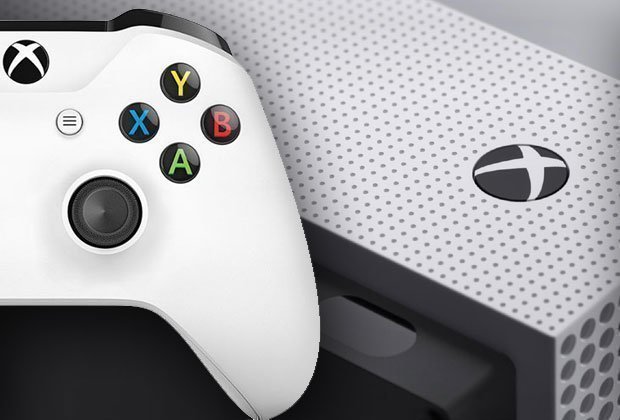 A little while back, we reported on a diskless, digital-only Xbox One that was due to be released sometime before E3.

It’s been a short while since these rumours first circulated, but now we’re seeing more information on the hardware. Thanks to German Windows site WinFuture.de, we saw our first look at what this “All Digital” console may look like.

As you may have gathered from the name, the machine will go without an optical drive, and will reportedly shop with a 1TB HDD preinstalled with Minecraft, Sea of Thieves, and Forza Horizon 3.

Though all those games are attached to the Xbox Games Pass service, there’s no mention of the subscription model listed anywhere on the box. Hmm.

Perhaps that’s because the announcement of the new console will come alongside the rumoured merge of Xbox Live Gold and Xbox Games Pass into Xbox Game Pass Ultimate? That’s all conjecture at this point, though.

Also, Microsoft has traditionally been able to sell consoles based on the idea that you can get games cheaper elsewhere – you may spend £300 on a console, but after launch you can pick games up cheaply second-hand. Locking you into the Microsoft Store on an all-digital platform takes this budget savvy option away from you.

Also, bear in mind that any games on Xbox Games Pass aren’t guaranteed to belong to the service forever: just this month we saw 10 games move away from it.

Expect the console to be announced at Inside Xbox later today.

According to previous rumours, the machine will launch on May 7th, as Windows Central has obtained documents that suggest this is when the console will start to ship.

“Initially revealed by Brad Sams at Thurrott.com, “Maverick” is the codename of an upcoming Xbox One S model that has no disc drive,” explained Window’s Central in a report early this morning, alongside leaked box art images that the site has recreated.

“Instead, this console will be entirely digital. Recently, we revealed that it will have a mid-April debut, likely at Inside Xbox, with an early-mid May launch window. Additional documents we received indicate that this launch date could be May 7, 2019, with all existing Xbox markets targeted in a global simultaneous release.”

As console fans will notice, the machine doesn’t look all that dissimilar to the existing Xbox One S model.

It’s not clear exactly how much cheaper this new Xbox model could end up costing (current rumours price it at about $260), but the removal of a disc drive is fairly significant.

If this is true, it adds authenticity to the other rumours this disc-less console was attached to above – and shows Microsoft’s commitment to its xCloud project in the future.

Kareem Choudhry, Corporate Vice President and in charge of the Cloud Gaming project has said he believed the time was right for a streaming service.

Which makes sense, with Amazon, Apple and Google all looking to develop their own rival services.

‘We believe now is the time for a game streaming service, people now expect streaming entertainment.’

These comments sure seem to also back up rumours that Microsoft is working on a project that will allow users to access games on Nintendo’s hybrid Switch console, too.

And whilst this seemed like something that sounded ludicrous to begin with, it appears to be growing ever more likely as time goes by.

Looking beyond this though, it’s also believed that Microsoft could be working on plenty more new consoles on top of ‘Maverick’.

The main source of the leak comes from the highly prominent Windows and Microsoft Authority, Brad Sams at Thurrott, who was also speaking more widely about Microsoft’s other consoles in development:

“The name Xbox Scarlett has been floating around since this summer and it represents, at a broad level, the next generation of consoles. As of right now, there are two being planned, Anaconda (which others have noted as well) and Lockhart, which is an ‘arcade’ version of Anaconda.”