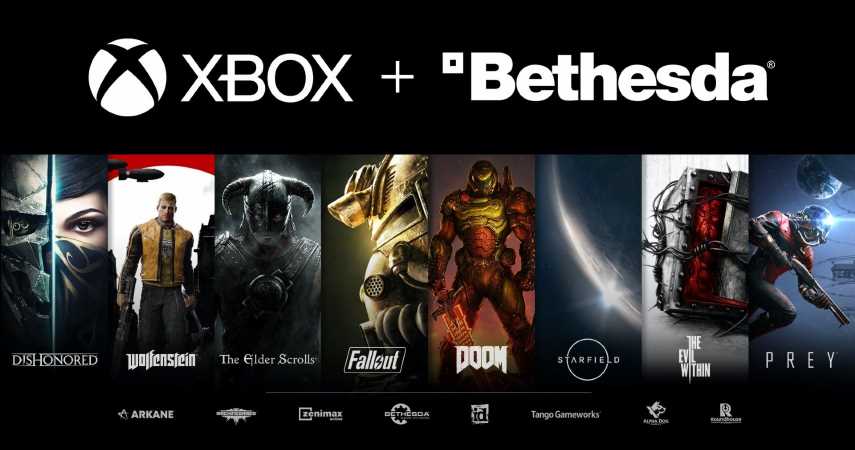 Back in September,  Xbox acquired Bethesda through the purchase of its parent company ZeniMax Media. After the initial news broke, there was radio silence from Xbox about any plans or what this could mean for Bethesda’s games. However, according to new rumors, Microsoft does have a new event planned to explain what this means for Xbox and Bethesda.

GamesBeat’s Jeff Grubbs mentioned such an event might exist during the last GamesBeats Decides Podcast. According to Grubbs’ understanding, Microsoft will hold an event for the Bethesda acquisition to discuss the deal’s immediate impact. He also noted that he doesn’t expect the event to be on a scale as large as Nintendo Direct’s recent broadcast, so you may not see tons of new titles or surprise hardware. Instead, he believes the event will focus more on the business side of gaming and Xbox. While no specific date of when this event will occur was mentioned, Grubbs believes that mid-March is the timeframe to watch out for.

Since it has been several months since the announcement of Bethesda’s merge into Xbox, it does beg the question of “why now?” Well, Grubbs says that the reason no presentation or event has been done is because the acquisition hasn’t been completed. While the announcement of intention has been made, the deal will not officially close for a few more weeks. This could be why Microsoft has remained silent on the acquisition and is waiting to get all of the legal work out of the way before letting fans know what to expect.

Also, adding more fuel to this rumored event, a post on Reddit noted that Skullzi, a game news investigator, posted a tweet concerning a Bethesda marketing video being made. While they cannot confirm the news, they have heard talk of a big Bethesda marketing video coming soon, noting Starfield will likely be a part of that. A later tweet also suggested that the event would happen in the coming months, a similar timeline to what Grubbs said.

This possible event could go a long way to shedding some light on the questions created by the acquisition. Specifically, how the acquisition will affect exclusive titles and Bethesda titles on other platforms.

Anthem Next cancelled as BioWare stops all major work on game