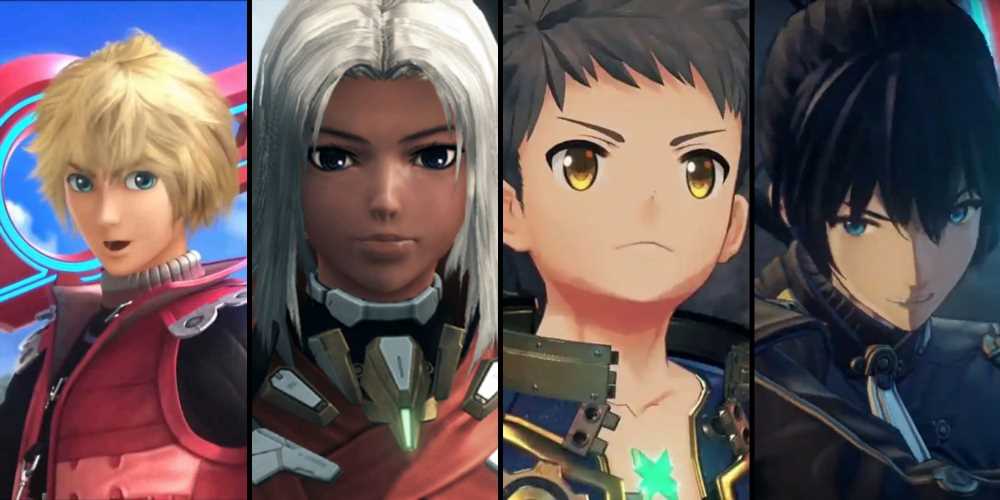 Xenoblade Chronicles is one of Nintendo's most popular series of video games. Whether it be its brilliant world-building or the many twists and turns of its stories, there's no denying that these games are truly exceptional and worth your time, praise that is only accentuated by its massive cast of characters.

The series hosts several distinct characters, each with their own personality traits, developments, and interactions. However, as you adventure through these immersive JRPGs, you may find yourself looking past some great characters that are well-deserved of your praise. With that said, here are some characters from Xenoblade Chronicles that you should certainly pay more attention to. 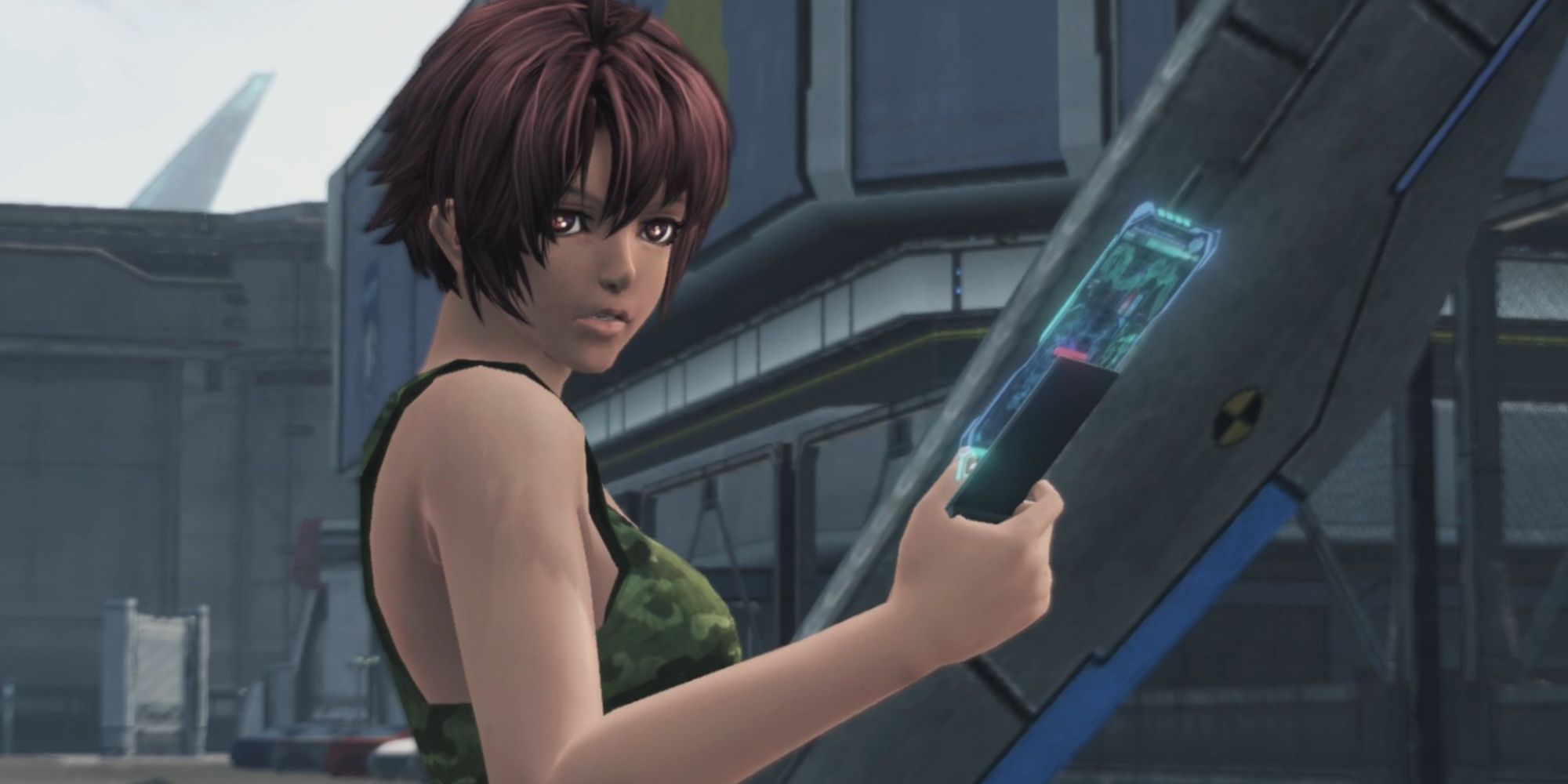 Energetic, upbeat, and thoroughly obsessed with Skells – there's a lot to like about Alexa, one of the DLC characters you briefly meet in Xenoblade Chronicles X. You first encounter her when she asks you to essentially be a guinea pig for her to test a Skell in the affinity mission Weaponised.

Gameplay-wise, she is nothing to scoff at either. She is one of the best Javelin users in the game, with a unique Skell and good damage. The thing is, she's from Xenoblade Chronicles X, an underrated game on the Wii U that only the most devoted Xenoblade fans have played. This limited her appeal by quite a bit, turning her into one of the most overlooked characters within the series. 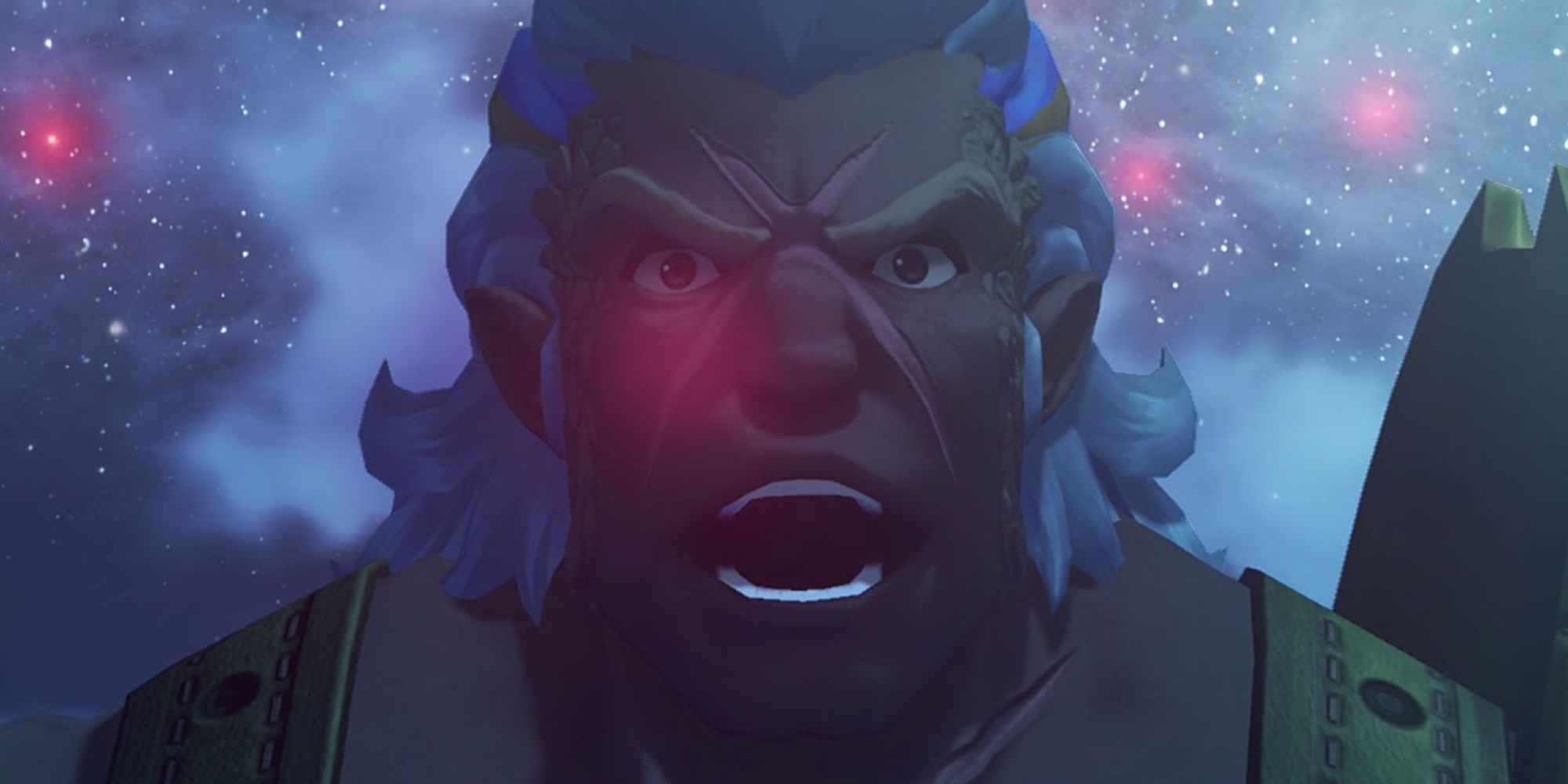 Aquila Paronet Sol Esteriole, or Vandham, from Xenoblade Chronicles 2 is a character that we barely get to know and appreciate. During his time with Rex, he comes across as somewhat of a mentor figure to our protagonist, with a backstory and personality traits that could've been interesting down the road, if actually given the chance to develop.

He joins our party as a level 20 character in Chapter Three, but his presence is short-lived. If he was given a little more time, he could've stood right alongside some other great side characters in this game. It's shame, however, that we never got to see more of him. 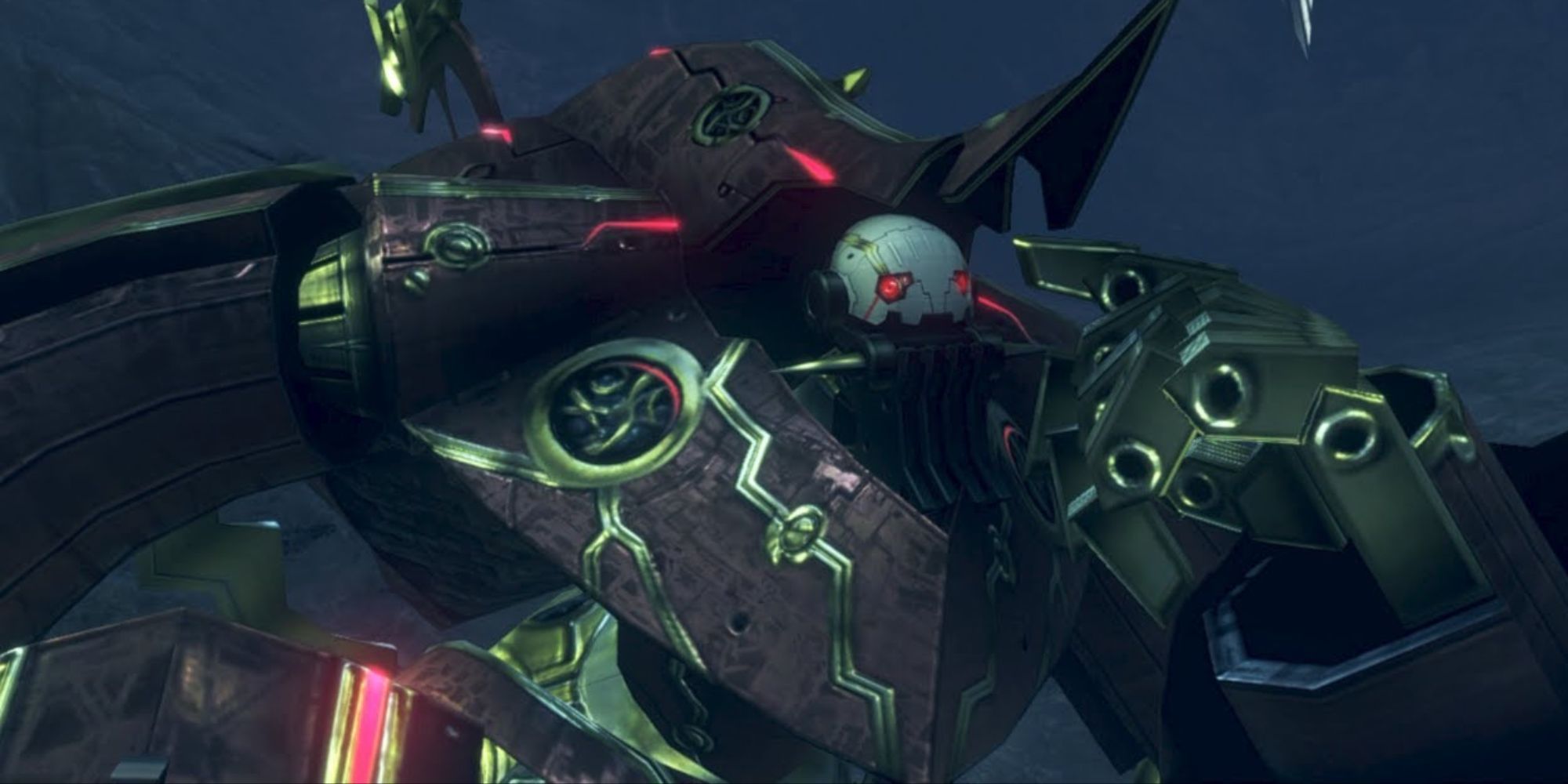 It's no surprise that, as the story of Xenoblade Chronicles progress, Xord begins to lose his status as an absolutely threatening foe for Shulk and his party. Part of this happens due to us finding out that he is nothing more than a mass-produced model of the Faced Mechon.

However, his contributions to the story shouldn't be thrown into the sidelines. He not only foreshadowed what the true power of Monado was like but also put into perspective just how strong Metal Face was. Plus, you also get an extra tidbit when completing Désirée's quest line, wherein it is heavily implied that she is Xord's daughter, or at least the Homs that was used to create our enemy, further shrouding the character in a veil of mystery.

7 Riki: Look Past The Humour 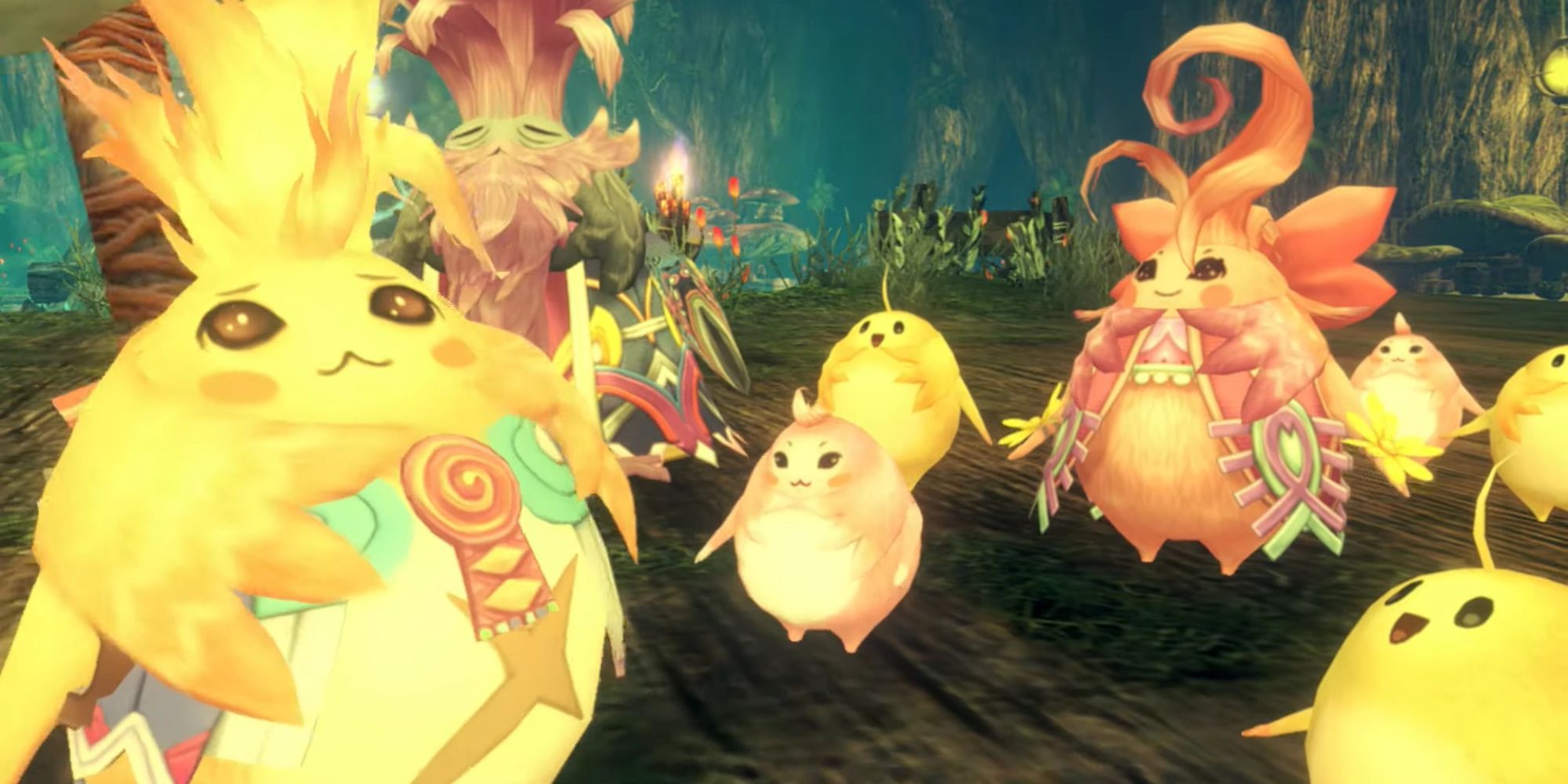 During your playthrough of Xenoblade Chronicles, it is incredibly easy to brush Riki off as nothing more than a gag character who is horribly in debt. But look past the comic relief along with the absence of a proper story arc, and you'll find a character that does a great job of bringing the other character's strengths to the forefront.

He's a reliable guy that packs a lot of punch and can do a bit of everything. As an all-rounder, he can inflict debuffs, heal the party, is quite tanky, and can dish out massive amounts of damage. He may not be the most developed character out of the bunch, but his ability to bring the best out of others along with meaningful contributions in battle nets him a lot more appreciation.

6 Lao: Not Talked About Enough 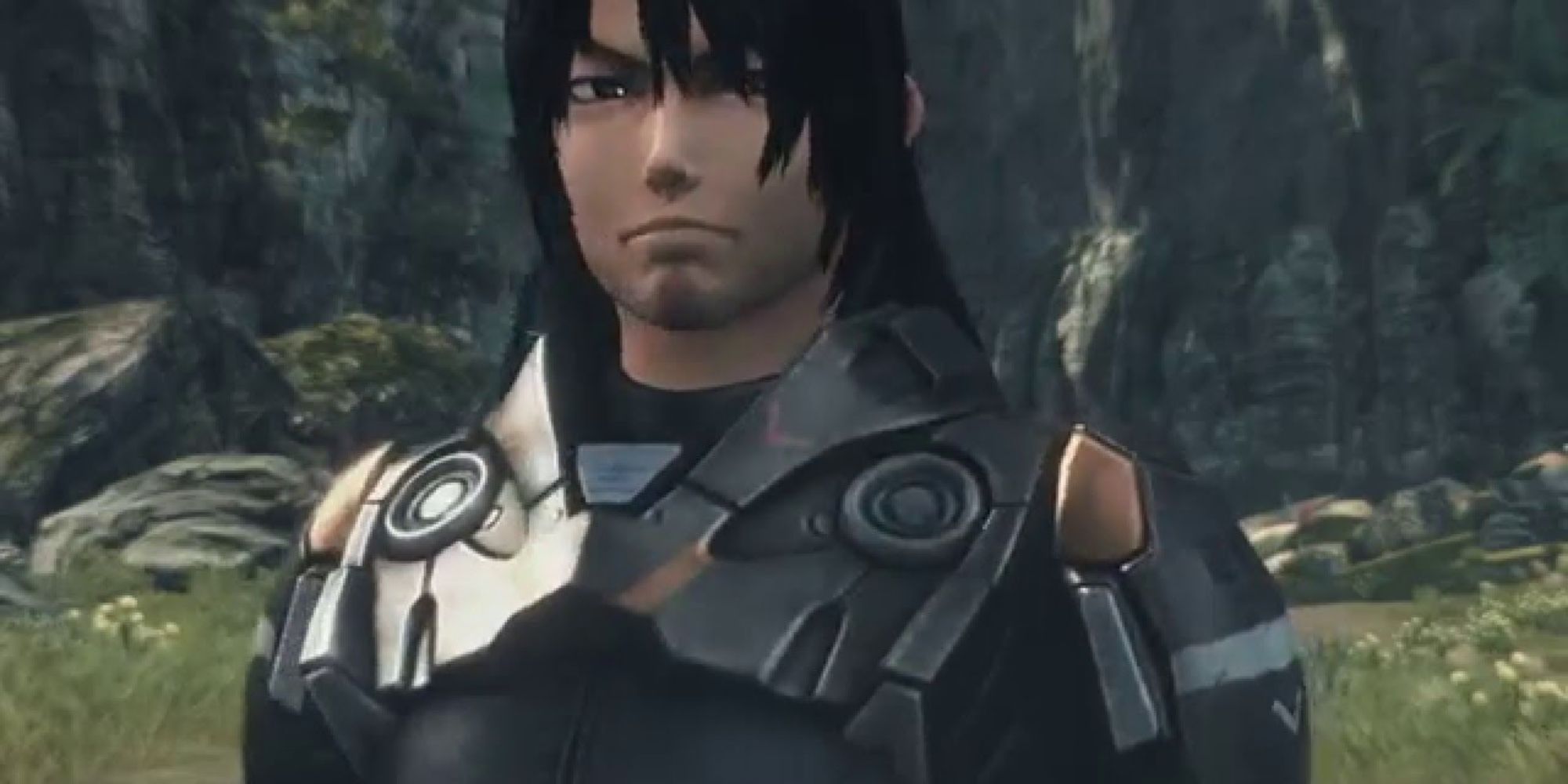 Yet another character from Xenoblade Chronicles X who, due to the low popularity of the game and its console, couldn't get all the appreciation that he deserved. Lao is a compelling character who finds it difficult to move past the loss of family and continues to question whether or not he is truly a human, which also forms the basis of his betrayal.

You can recruit Lao pretty early on in the game, and he can be a pretty powerful ally that deals shock to the enemies. Even so, much of what makes Lao a great character gets overshadowed by Lin. While Lin is a great character too, Lao certainly needs more time in the spotlight.

This High Entia from Xenoblade Chronicles plays into his big brother archetype really well and is generally a great character. Kallian is a highly powerful Entia that more or less counters all of your expectations of him. Initially, you might think that he's an arrogant and weak guy, who'll betray you at a moment's notice. On the contrary, he is extremely loyal, supportive, and humble.

Not to mention, he sacrificed himself for the greater good not once, but twice, beating out Lorithia at her own game. Yet, despite all this, you'll find him being discussed and talked about far less than other characters of Xenoblade Chronicles–a true disservice to his character. 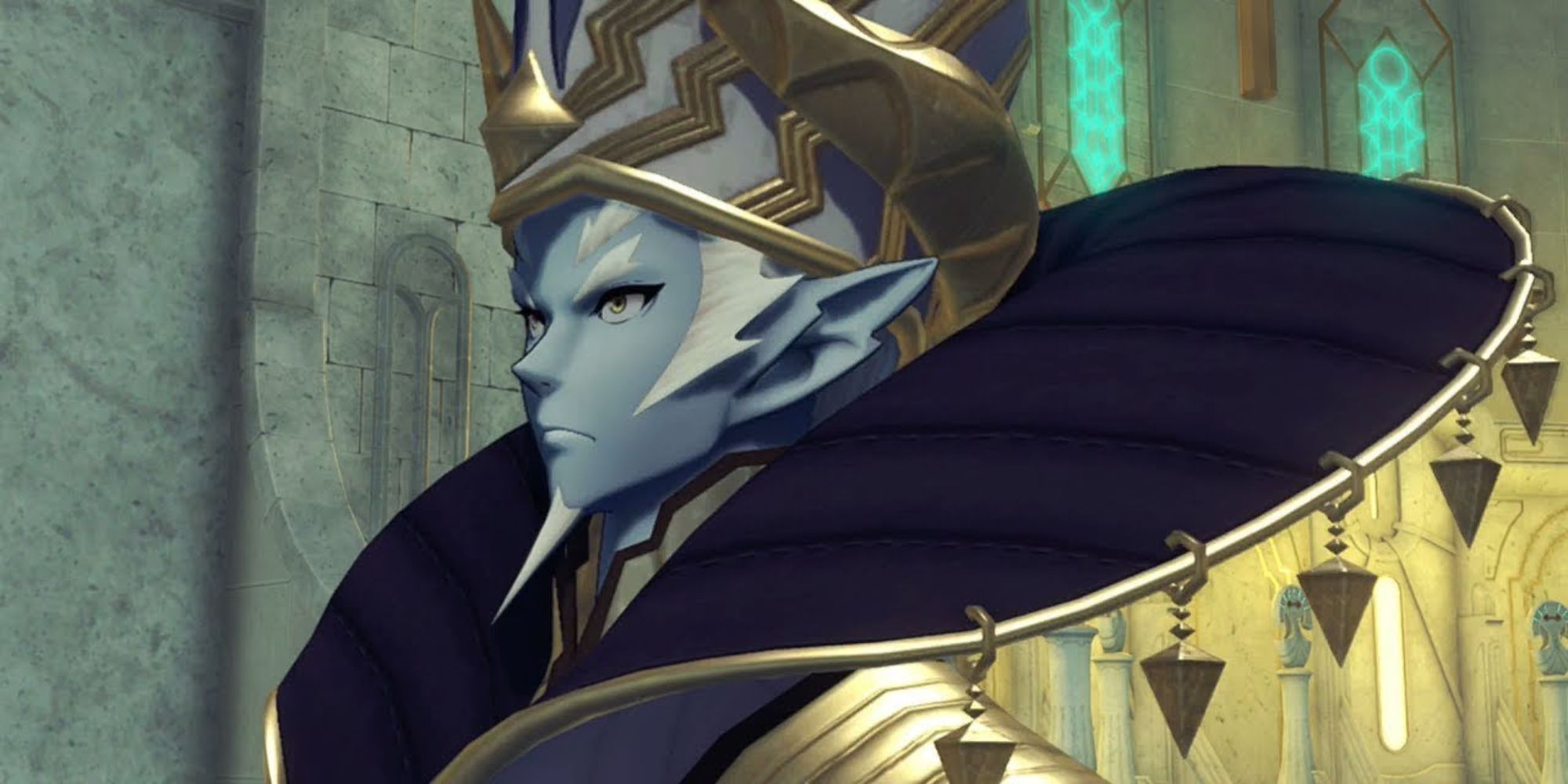 Amalthus is one of the most complex characters of Xenoblade Chronicles 2, a fact that is further accentuated when you take Torna into account. While he has committed many atrocities, it can become a little difficult to gauge how evil he truly is when you consider his connection with Malos. He's a character that has so many layers that it's best to just appreciate him for what he comes across as–an excellent character in the Xenoblade Chronicles series.

Even putting his character to the side, he's also a supreme boss, being the main antagonist alongside Jin and Malos. That said, though, he gets overshadowed by the other two quite often, which is a shame. 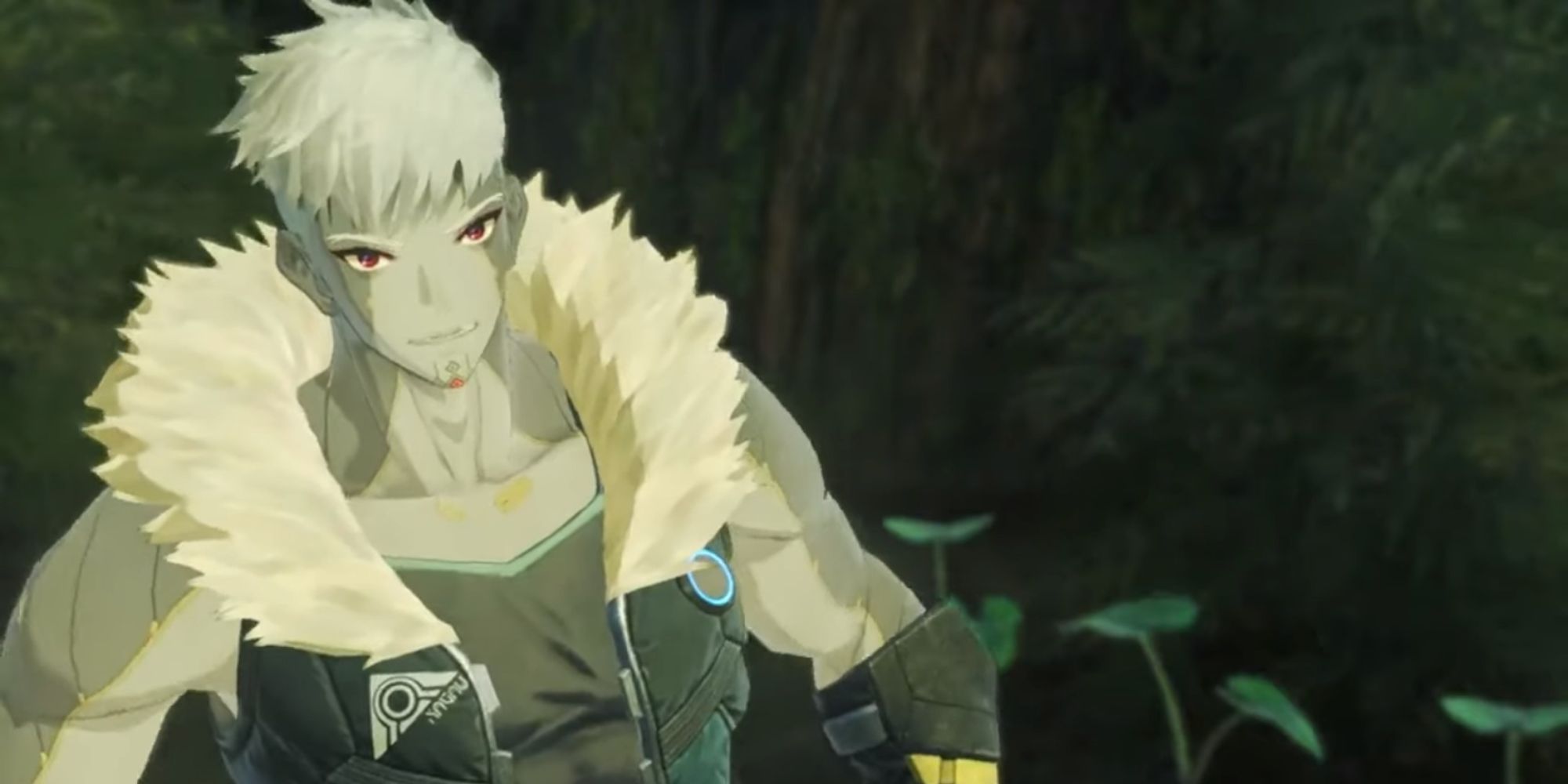 Xenoblade Chronicles 3 brings with it a ton of new characters for you to get to know and adore, alongside a couple of oddities. While all of them are nothing less than amazing in their own right, some do end up getting the short end of the stick. That brings us to Lanz.

Filling in the archetype of the one JRPG character that goes head-first into every situation they are in, there isn't a lot to going for him to make you care about him, at least initially. However, once you get to spend a little more time with him, you'll soon find that underneath his brash persona lies a real softie who's filled with nothing but compassion and love for those around him. Here's hoping that, with time, players warm up to Lanz a little more and appreciate him for the great character that he is.

2 Elma: The Least Talked About Protagonist 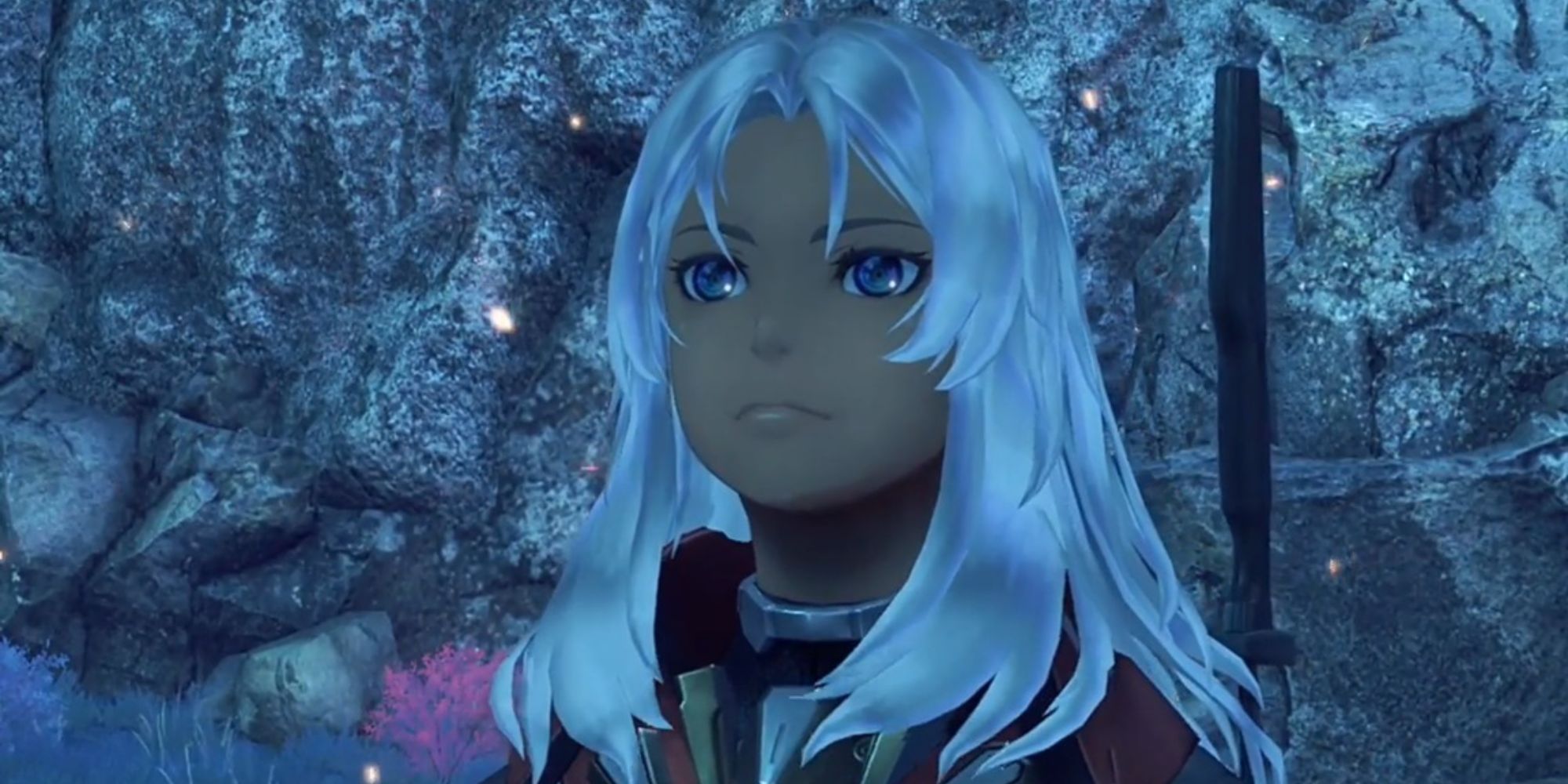 However, it is when you put the other main characters that she begins to lose steam as people tend to talk about Rex, Shulk, and even Noah a lot more now. Does that make her underrated? Yes indeed. With all these great characters from X, it certainly makes sense why people think this game deserves a Switch port.

1 Reyn: Read Between The Lines 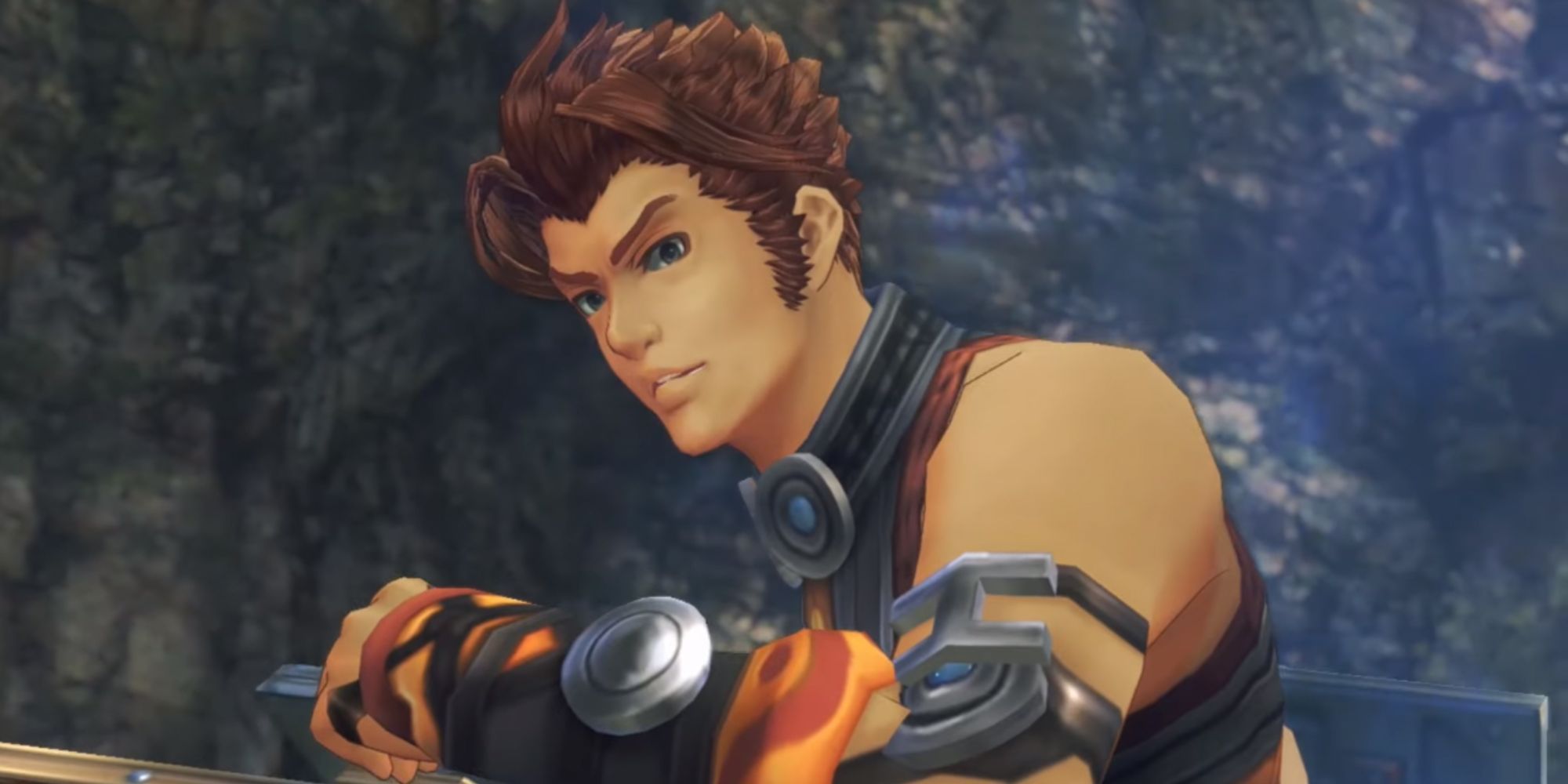 Putting Reyn on this list may be considered a controversial choice, considering his meme status within the community, but that's the thing–he is a lot more than just a goofy one-liner guy. When you think about it, Reyn is shown to be an emotionally intelligent person who can read the atmosphere of a room and take action pretty quickly.

Not to mention, he's super supportive, overcame his dread of becoming obsolete, holds the team together through communication, is aware of Shulk and Fiora's fondness for each other, and understands a lot more than is given credit for. He may not have the greatest character arcs, but he definitely deserves more praise within the Xenoblade Chronicles series.