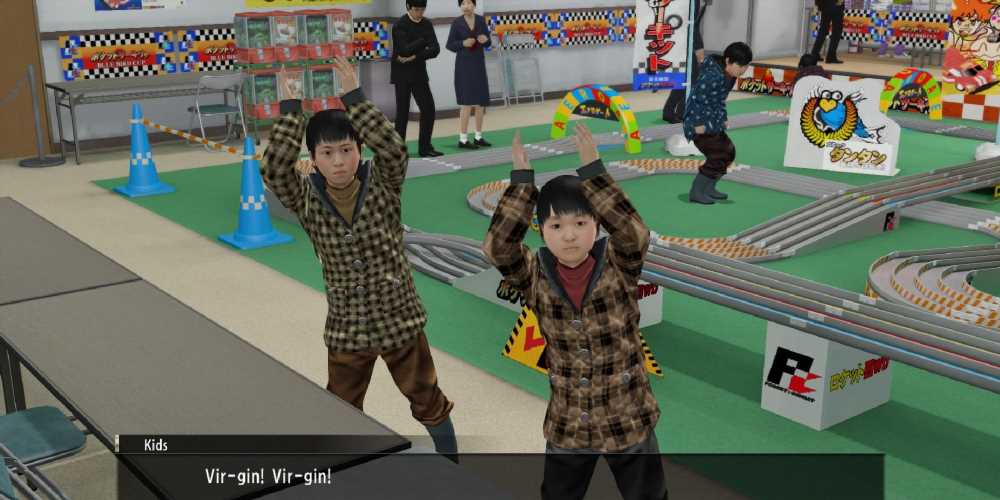 Yakuza is filled to the brim with profound storytelling and heartfelt character drama among sworn brothers, found families, and loved ones. Between the brawls, you'll be balling at the cutscenes, so you'd expect equally deep discussion, eh? Nah, today we're asking if Kiryu is a virgin.

Kiryu has his own foster family and doesn't often show an interest in romance outside of a brief moment in 2's ending – we don't see him going into hotels or finding partners as we can in Judgment, instead focusing on his kids and job first and foremost. He's fairly reserved, after all. But that's left fans scratching their head wondering if he's ever done the deed.

"I do suppose after Yumi's death that he can't open up to anyone as she was the love of his life," poster Uzumaki Goku wrote. "But it got me thinking. Does he just not have sex?"

"Kiryu has had sex the same amount of times he has ever killed anyone", Weiss replied. So never. Another added, "I thought the cabaret missions imply it" while someone chimed in with, "What does he do with all the women he goes to love hotels with?" But as UnluckyKate answered, "Karaoke of course". What else would he be up to?

But as we know, Kiryu doesn't care for these discussions – when some kids started yelling virgin at Fighter, he said, "Well, it happens at different times for everyone. It's not like it's a race or anything. I think you're fine just the way you are, Fighter. You have nothing to be ashamed of."