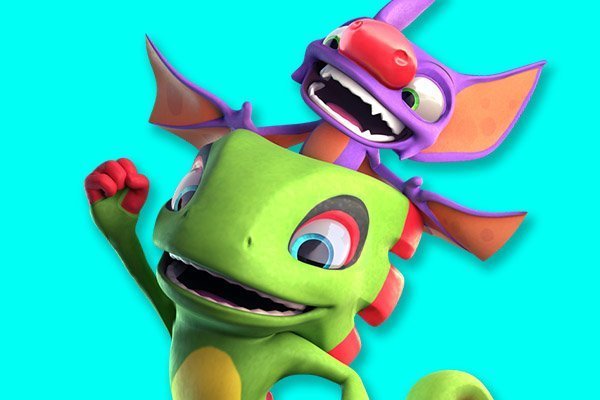 During our recent hands-on demo with Yooka-Laylee and the Impossible Lair, there was more than one thing that left us a bit shocked.

Firstly, this sequel from the Staffordshire based Playtonic Games has completely done away with that 3D platforming focus of the original. Successfully crowdfunded in 2015 and raising more than £2 million within the short space of a few days, the franchise was birthed from gamers’ nostalgie for hits like Spyro, Crash, and (more relevantly) Banjo-Kazooie.

However, Yooka-Laylee and the Impossible Lair now has sharper, more linear “2.5D” levels. There are 20 in total, woven together using a clever overworld which in itself is crammed with plenty of secret tidbits to discover.

If you’d like, you can sack that all off and dive right into the titular Impossible Lair. Main antagonist Capital B is back and more menacing than ever, his nail-biting gauntlet designed to be the sequel’s final climactic stage.

Much like going toe-to-toe with Ganondorf in The Legend of Zelda: Breath of the Wild, this can be done straight away but isn’t what you’d call the… recommended approach. In theory, according to the team at Playtonic, you can finish Yooka-Laylee and the Impossible Lair in just 20 minutes.

There’s a catch, of course. The Impossible Lair is deliberately punishing and during our special hands on demo with the game, we couldn’t even clear that first stretch.

It’s not quite as impossible as you may be led to believe, though. Playtonic has devised a crafty way of making sure that as you play through the game, you’ll steadily gain more of an advantage, ready for that grand finale.

Scattered throughout the sequel’s 2.5D levels are members of Queen Phoebee’s Beettalion Guard. Whenever you go up against the Impossible Lair, each guard you’ve unlocked will join you in that final battle, effectively adding one extra hit to the player’s invisible life bar.

Yooka-Laylee and the Impossible Lair will be launching on PlayStation 4, Xbox One, Nintendo Switch, and PC in 2019. Expect a more concrete release date in the coming weeks.

Magic: The Gathering – The 8 Best Dominaria United Cards For Pioneer

Someone Just Recreated The Cosmos In Minecraft