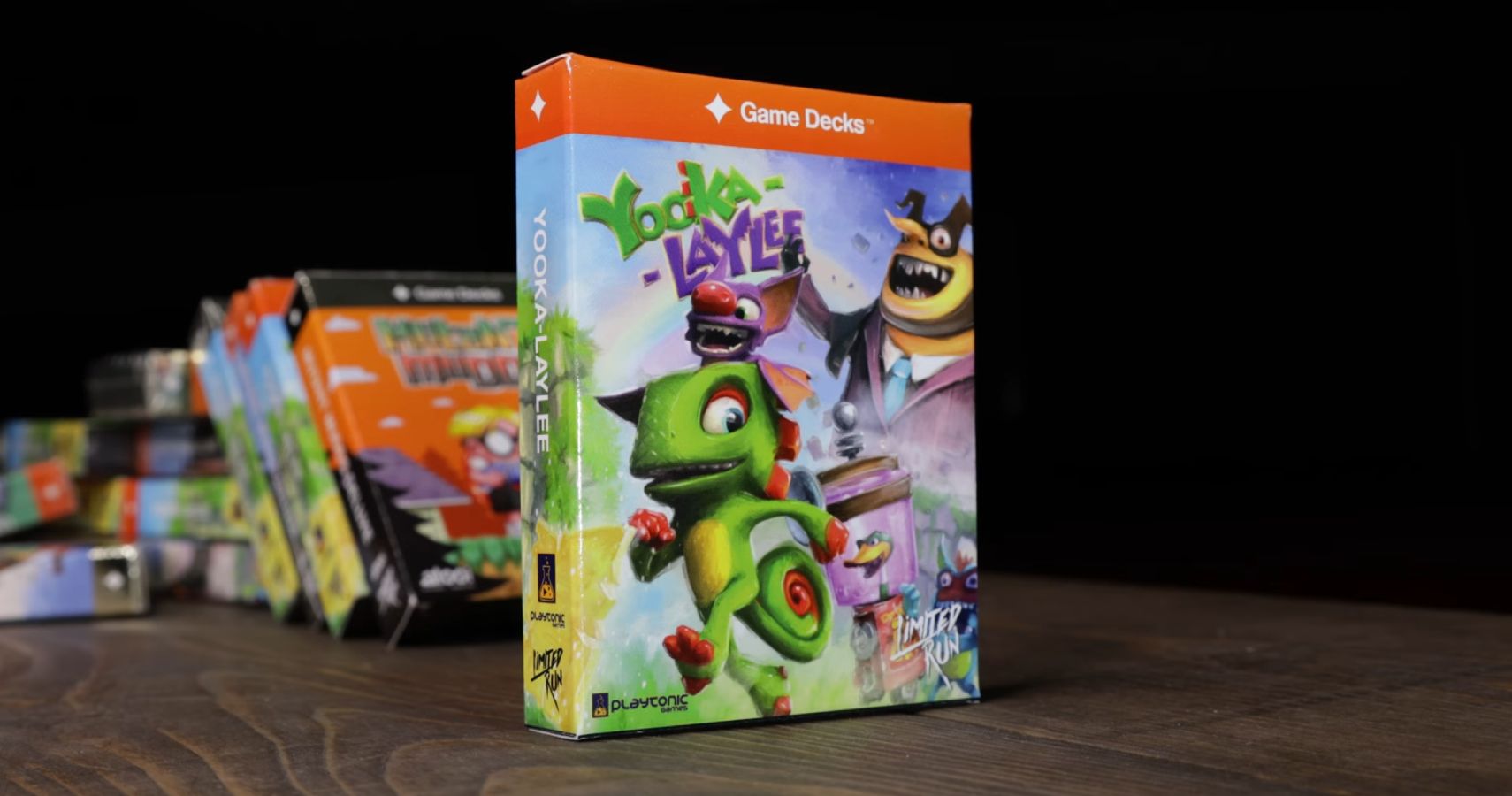 Game Decks has announced a brand new Yooka-Laylee tabletop board game that’s being released in partnership with Limited Run.

While Yooka-Laylee might not be the most obvious platformer to turn into a tabletop board game, Game Decks aims to do so with an interesting card-based system. You and up to three players will be able to build your own board in the attempt to pick up as many collectibles as you can to earn points. You’ll also be able to collect quills to earn powers ups, giving yourself an advantage over other players.

For those of you out there who really love your Yooka-Laylee, you may also be interested to know that the special edition also includes some bonus cards as well as a new soundtrack. The game doesn’t have a release date yet, but pre-orders will open at the end of the month on June 29, exclusively through the Limited Runs website. However, it is unknown whether there will be limited quantities of the game available, so make sure you get your pre-order in early if you want the best chance of getting a copy.

In terms of Yooka-Laylee video games, developer Playtonic made news recently by teasing the reveal of something new that is coming soon. What this mystery project could be is still unknown as the developer hasn’t said a word since February, but Playtonic has said in the past that it would like to branch out and do something different with the Yooka-Laylee franchise. This could come in the form of a spin-off, racer, or even a Splatoon-esque shooter.

It’s fairly unsurprising that Playtonic wants to experiment in different genres since the success of Yooka-Laylee and the Impossible Lair. Yooka Laylee originally launched as a Banjo-Kazooie-inspired platformer but ventured into Donkey Kong Country territory after the original’s tepid reception. Thankfully, the sequel was a lot more popular and it’s possible that Playtonic could shift genres once again.

Whatever the case may be, this tabletop board game has once again shown that the duo will show up in the least expected of places. Let’s hope whatever Playtonic has in store is just as wacky and unexpected.