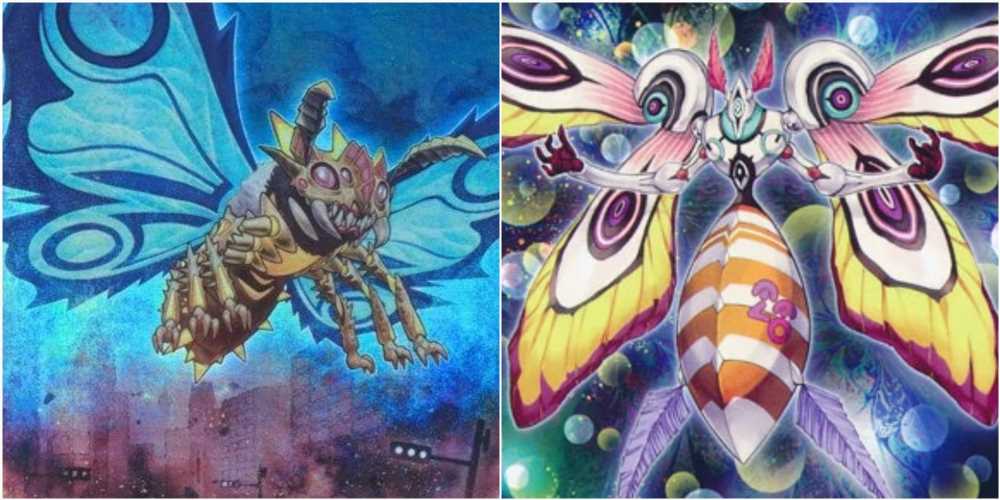 Insect-type monsters have been around since the Yu-Gi-Oh! card game was first released and introduced players to some powerful creepy-crawlies. But the days of seeing cards like Ultimate Great Moth and Insect Queen have long since passed, and now there are a handful of archetypes that primarily feature Insect-type monsters as well as plenty of standalone Insect-types that would be a great fit in any deck infested with these critters.

In Master Duel, a handful of the best Insects are currently banned, but there are still plenty of useful Insect-type monsters that can be used in Ranked and Event duels. 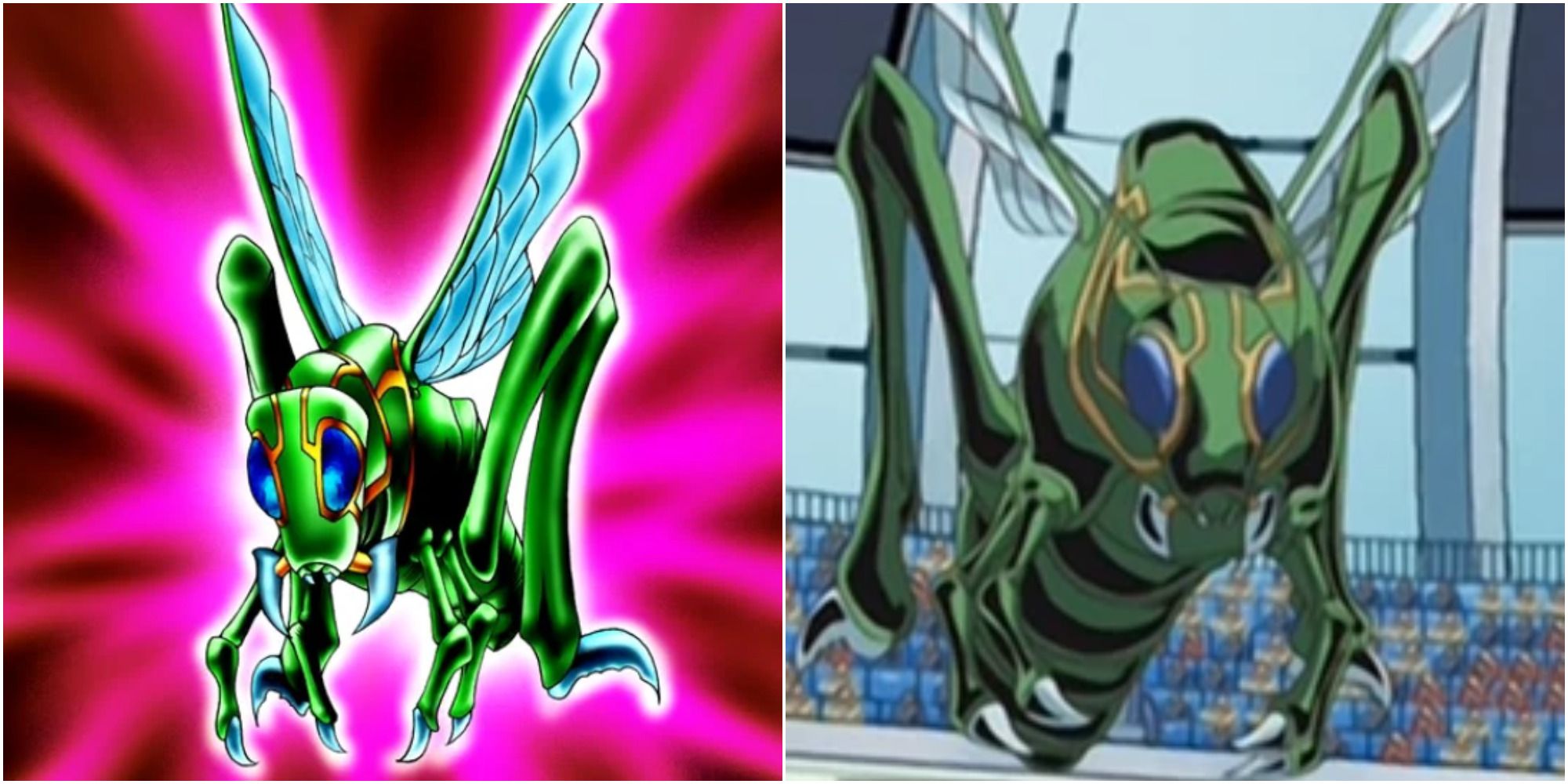 Pinch Hopper is a level four Effect Monster that has been seen in several Yu-Gi-Oh! anime series ever since the Battle City arc of the original Duel Monsters series and still has a useful effect.

When Pinch Hopper is sent from the field to the Graveyard, the player who controlled it can Special Summon one Insect-type monster from their hand. While this effect has no level limit, it can't always be activated, as using Pinch Hopper as Synchro Material or as the cost for the effect of another card will cause the effect timing to be missed, meaning it won't work. 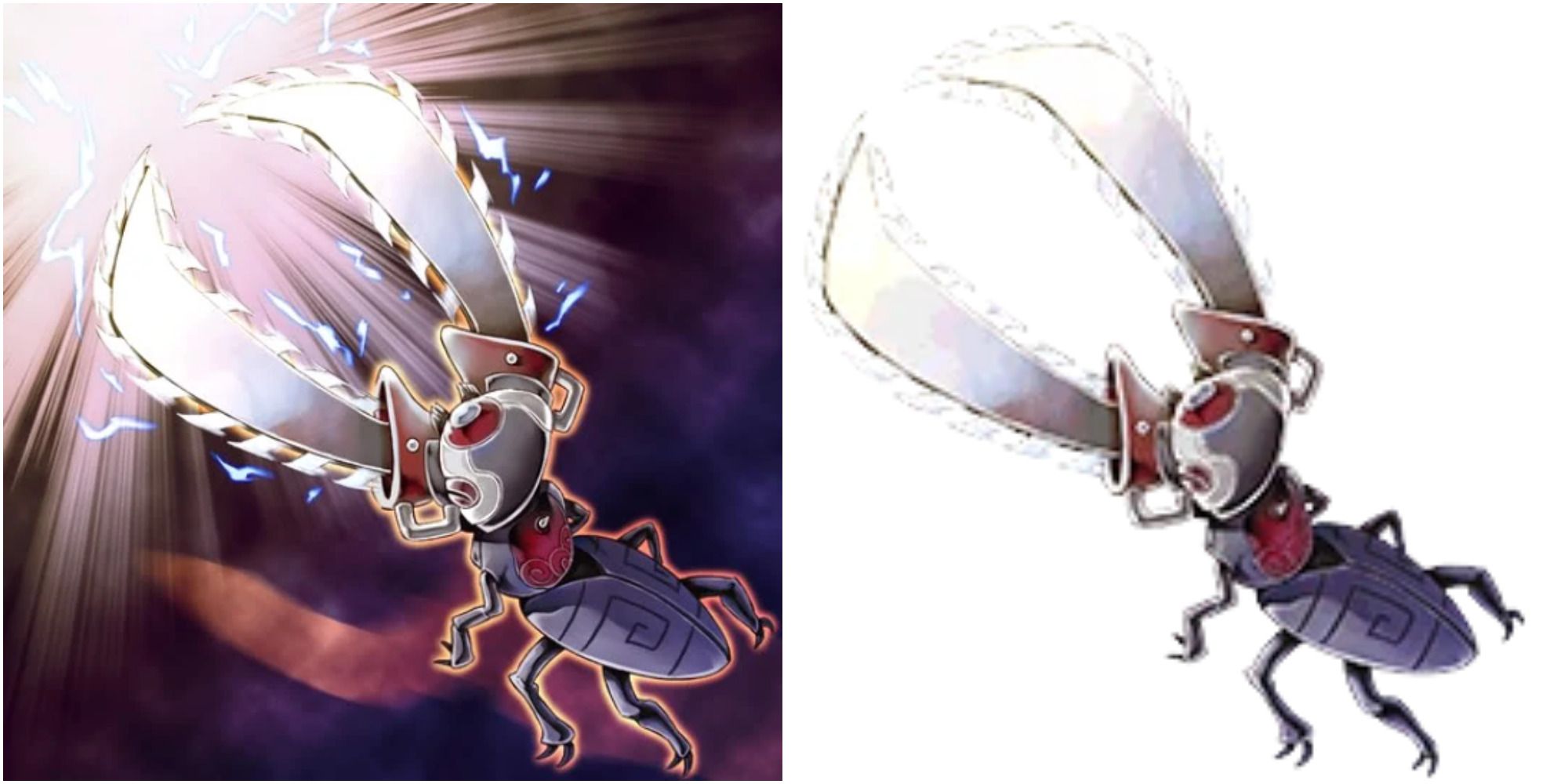 Chainsaw Insect is a level four effect monster with a whopping 2400 attack points, which is a high amount for a monster that doesn't require any tributes. Chainsaw Insect does have a drawback, though, as its effect lets the opponent draw one card at the end of the damage step every time it battles a monster.

Of course, this effect can be easily negated, and the person who played Chainsaw Insect may not even be using it to attack. On the other hand, forcing the opponent to draw a card could also be beneficial if the player's strategy is getting their opponent to deck out. 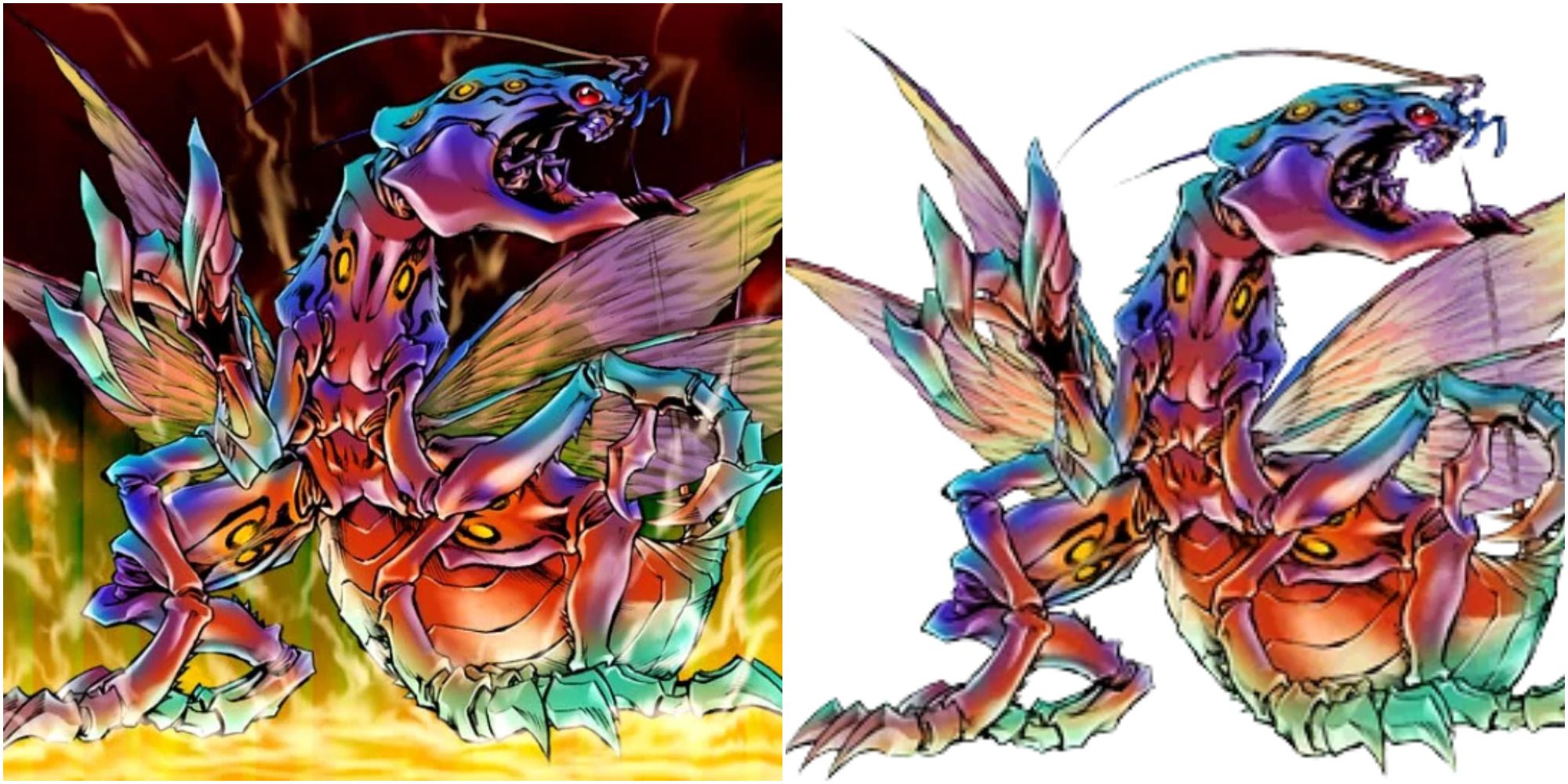 Brain Crusher is a level seven effect monster, and while two tributes are required to Normal Summon it, there are plenty of ways to get around that cost.

During the End Phase, after Brain Crusher has destroyed one of the opponent's monsters by battle and sent it to the Graveyard, the one in control of Brain Crusher can Special Summon the destroyed monster to their side of the field. Brain Crusher may be lacking in terms of attack power compared to many other level seven monsters, but can be a devastating force when its effect is combined with the effects of other cards. 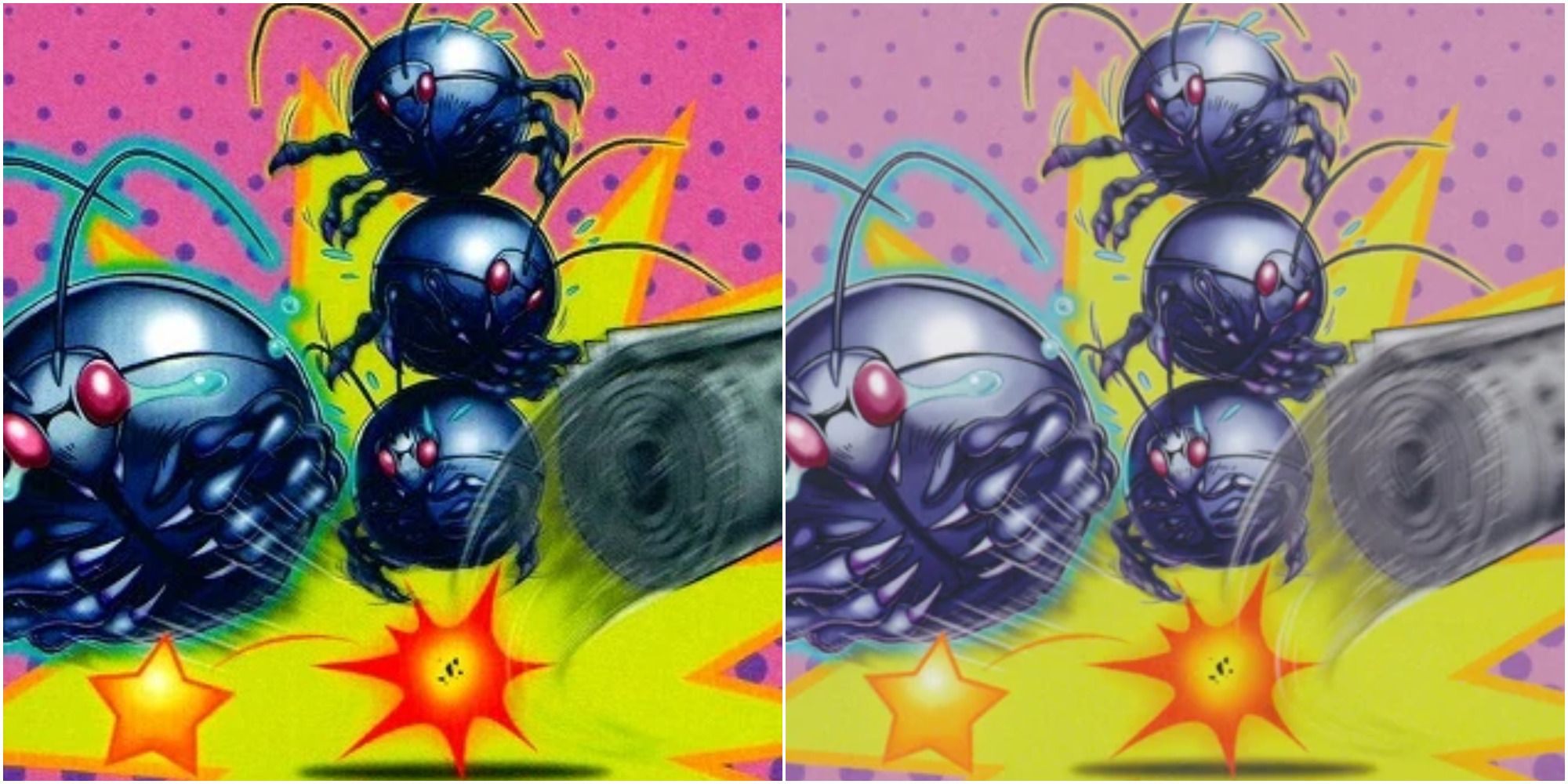 Then, one of the opponent's monsters with attack points equal to or higher than the Special Summoned monster's attack points can be destroyed. Since Gokipole's effect activates no matter how it was sent to the Graveyard, there are various ways to activate it. 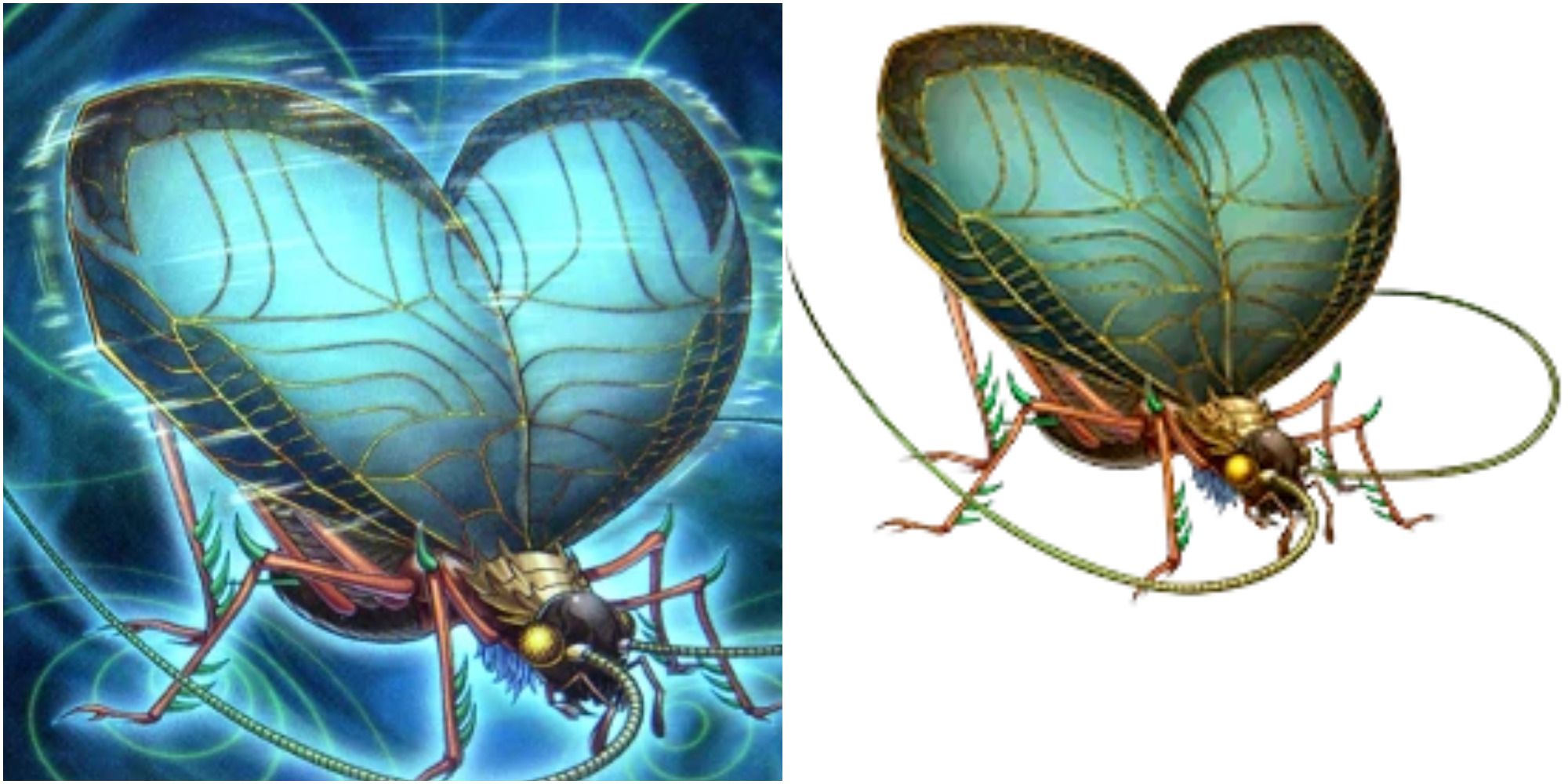 Resonance Insect's first effect is its best, as it can either be sent from the field to the Graveyard by the opponent, or the player can tribute it and destroy it with another card to activate its effect. 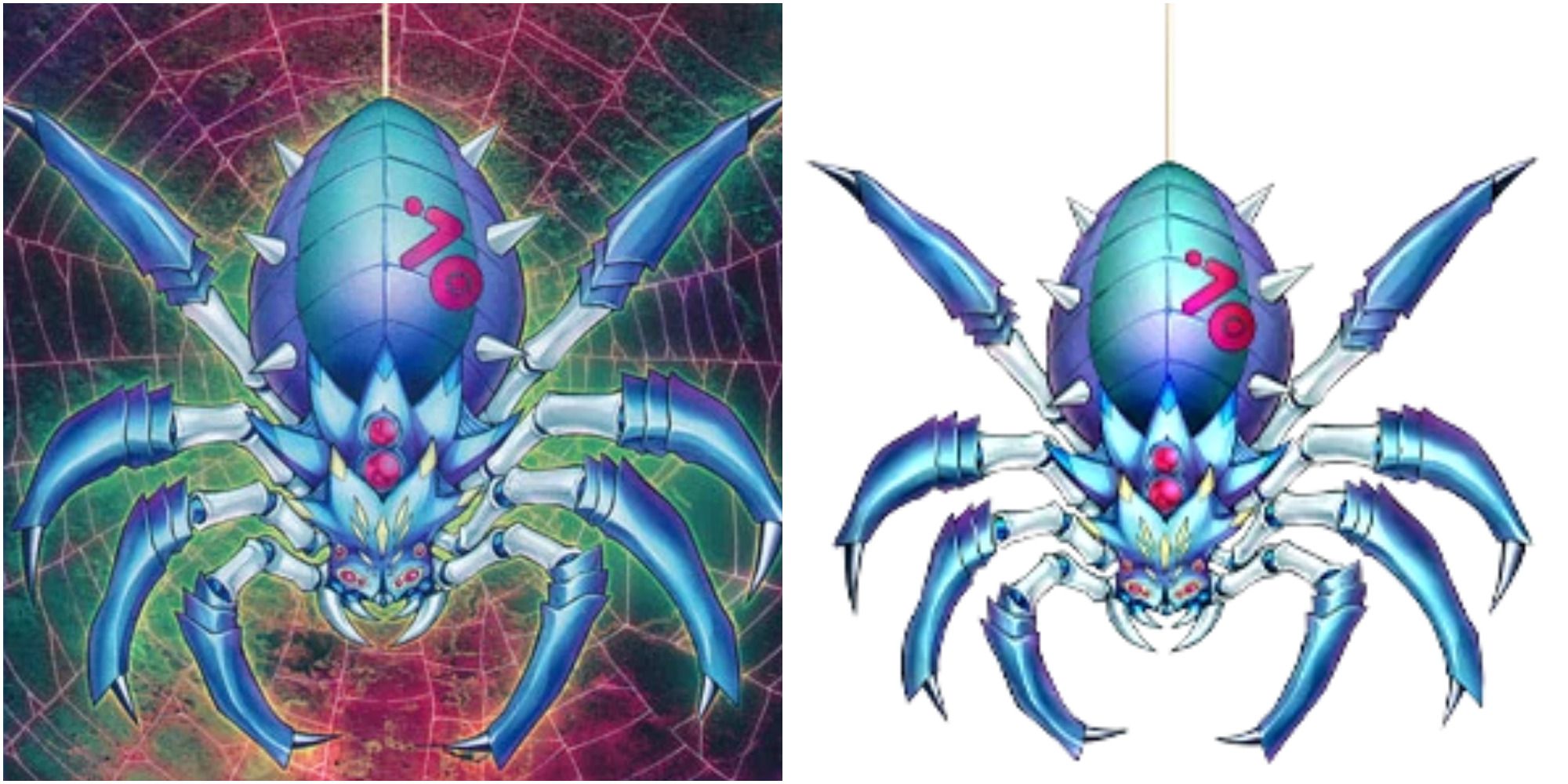 Malevolent Sin is a rank four Xyz monster and only requires two level four monsters as Xyz materials, meaning it's easy to get out on the field. By detaching one of Malevolent Sin's Xyz materials, the player in control of it can banish one monster their opponent controls until the opponent's next Standby Phase.

Malevolent Sin also gets a 300 attack point boost and goes up three ranks after it has destroyed a monster by battle. With 2400 attack points to start, Malevolent Sin can temporarily banish a strong monster and save the player for a turn, which can be all they need to turn the duel around. 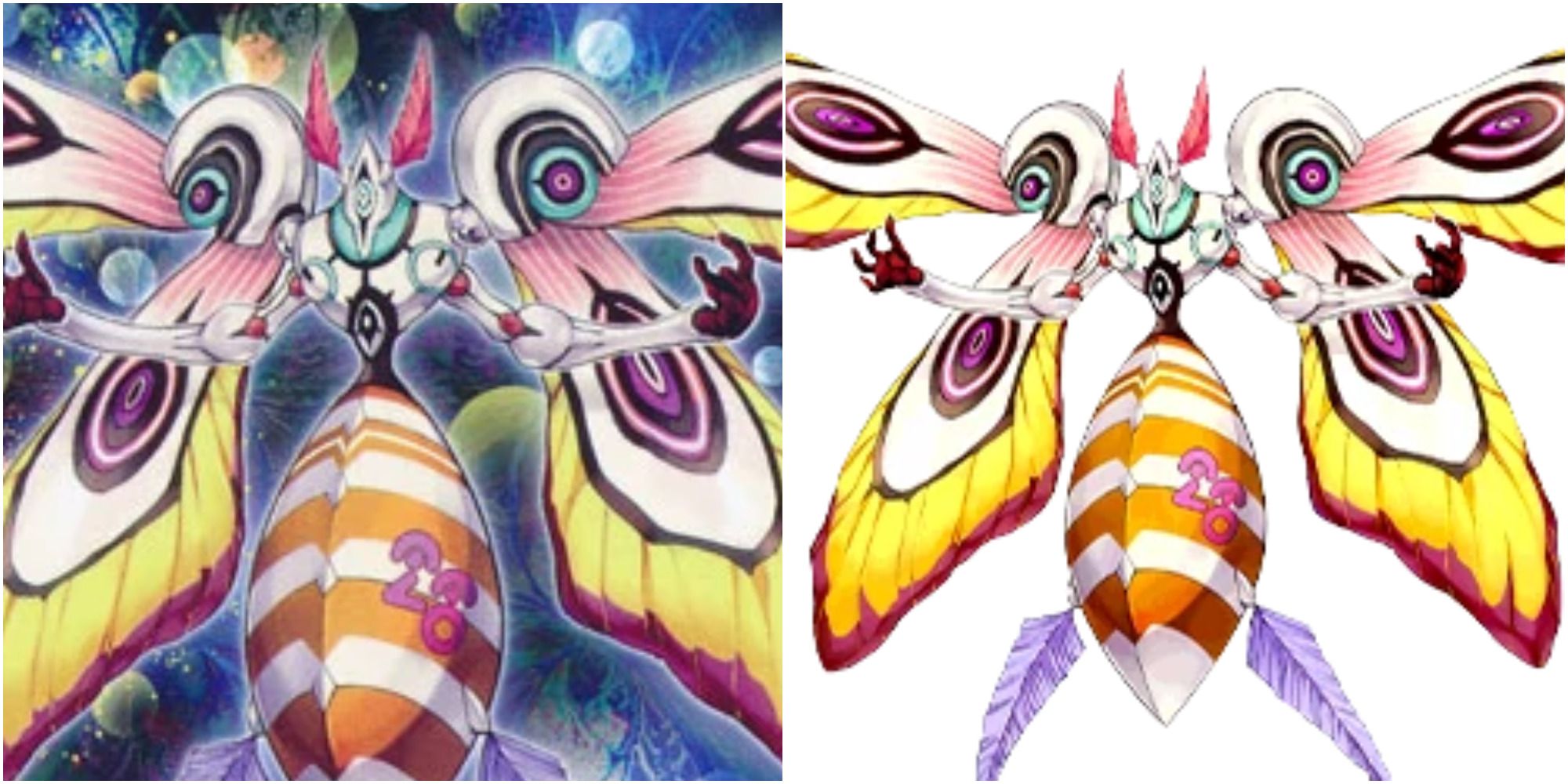 Number 28: Titanic Moth is a Rank Seven Xyz Monster that requires two level seven monsters as Xyz Material. Titanic Moth can attack the opponent's life points directly if no other monsters are on the player's side of the file, but the battle damage is halved if this effect is used.

After inflicting any amount of battle damage, one of Titanic Moth's materials can be detached to inflict 500 points life point damage for every card in the opponent's hand, which helps make up for the drawback of its first effect by taking out a large chunk of their life points. 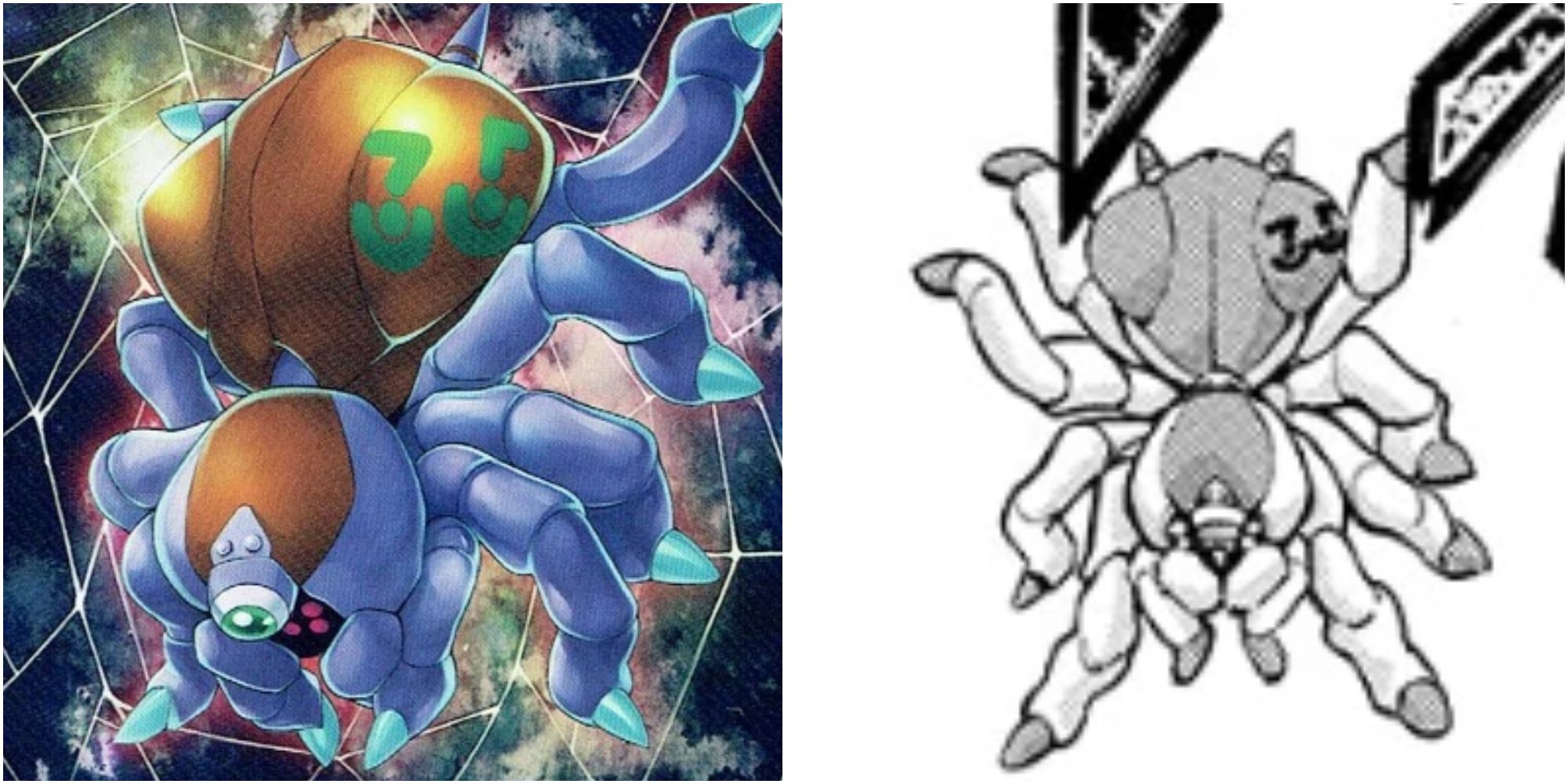 Ravenous Tarantula is a Rank Ten Xyz Monster that requires two level ten monsters as Xyz Material. Once Ravenous Tarantula has been summoned, all monsters on the player's side of the field gain attack and defense points equal to the difference between the two player's life points.

Additionally, as long as Ravenous Tarantula has Xyz material, it inflicts 600 points of life point damage every time the opponent Special Summons a monster. Once per turn, by detaching one of its Xyz materials, it can destroy all the opponent's face-up monsters with attack points less or equal to its own. With these three effects, Ravenous Tarantula can be a powerful monster whether the player is winning or losing. 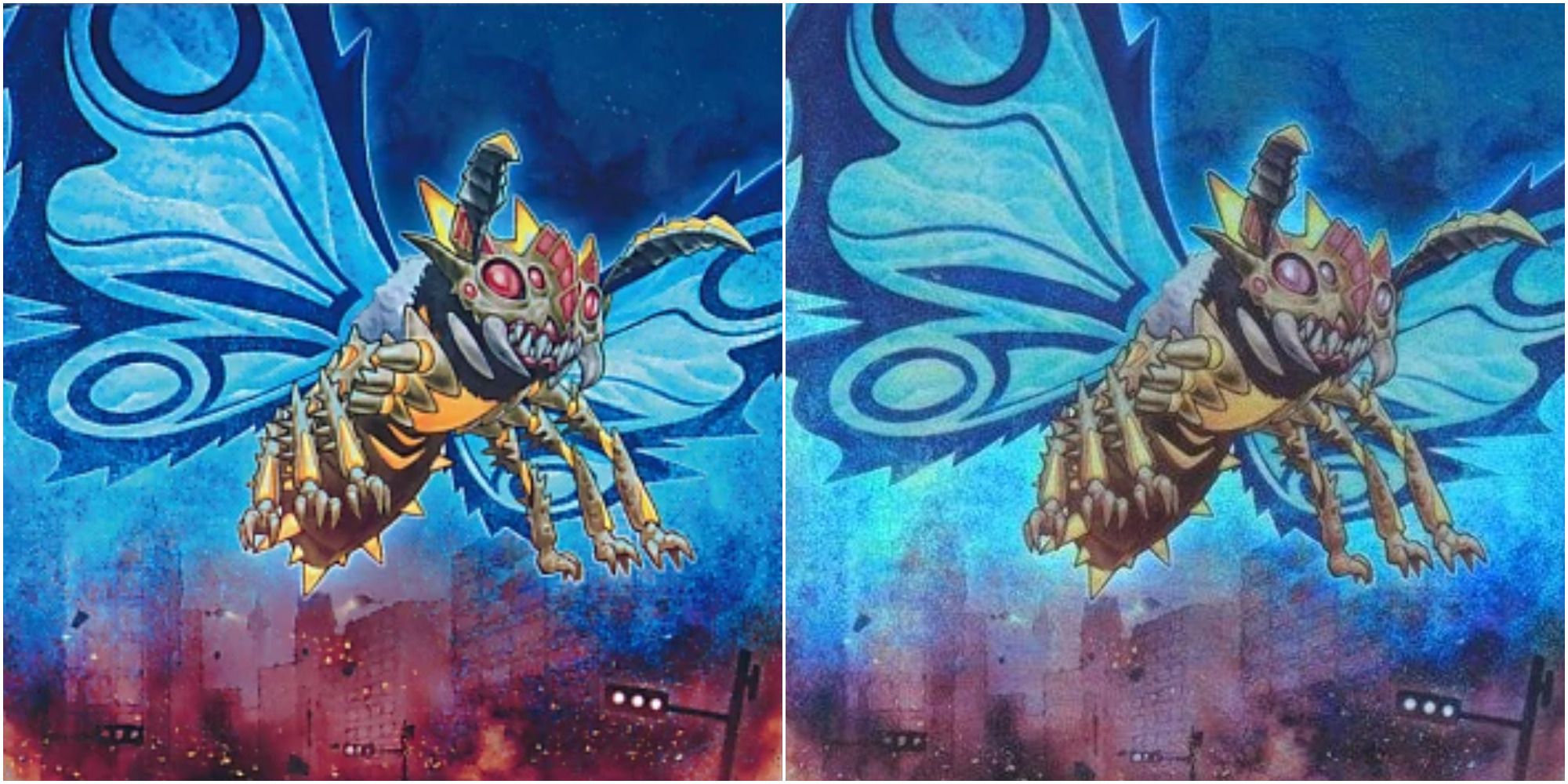 Additionally, Gadarla has a quick effect where the player can remove three Kaiju Counters to halve all other monsters' attack and defense points on the field, which can really hamper an opponent's strategy. 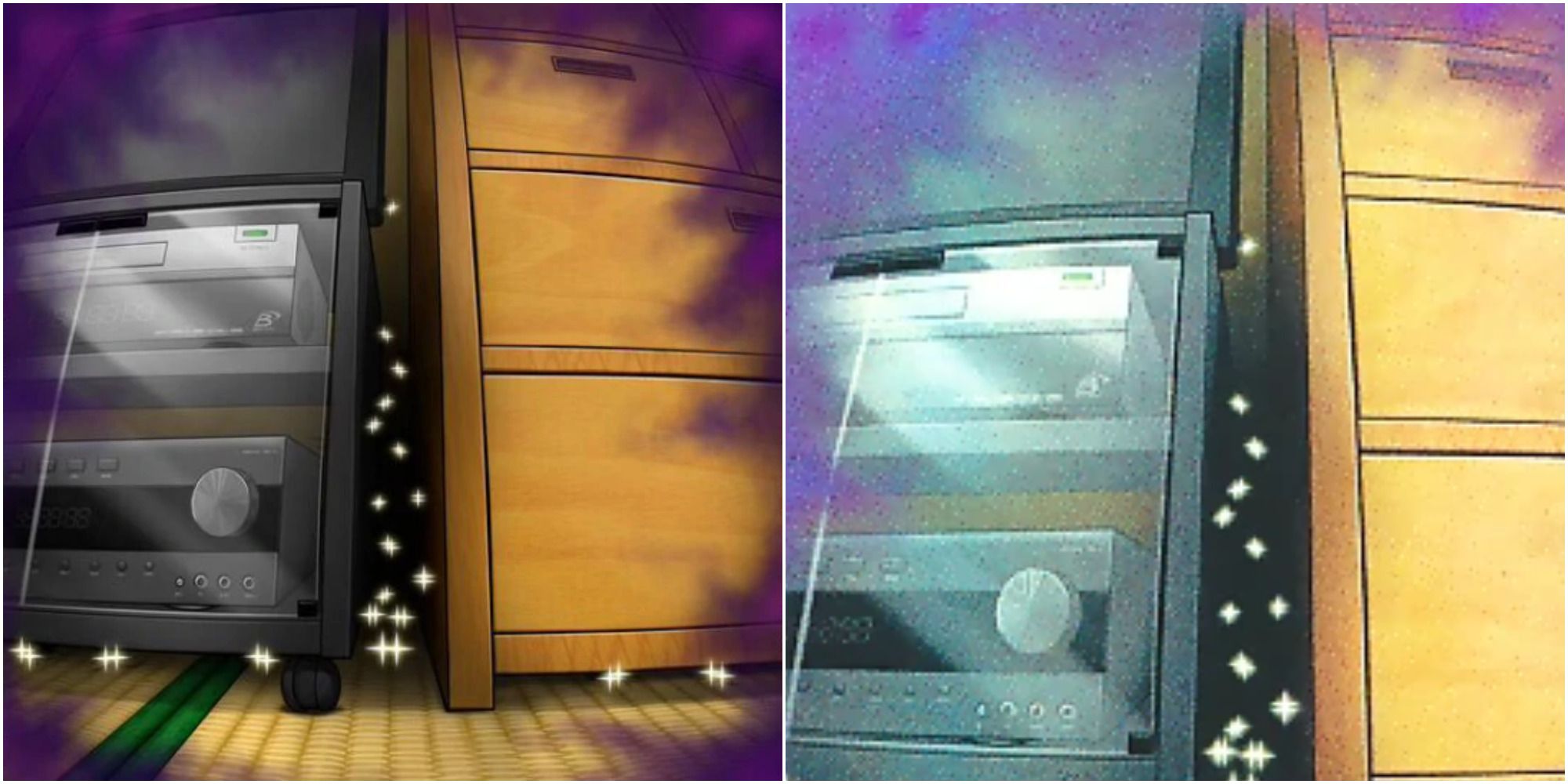 Maxx "C" is an infamous level two Effect Monster of the "C" archetype and one of the most splashable Insect-type monsters in the game. Maxx "C" can be sent from a player's hand to the Graveyard to allow them to draw one card every time their opponent Special Summons a monster. This effect can also be activated on either player's turn, making this group of cockroaches one of the most annoying monsters in Master Duel.

Since so many modern decks rely on Special Summoning, Maxx "C" can be useful against a large variety of decks and has no drawbacks for the player.