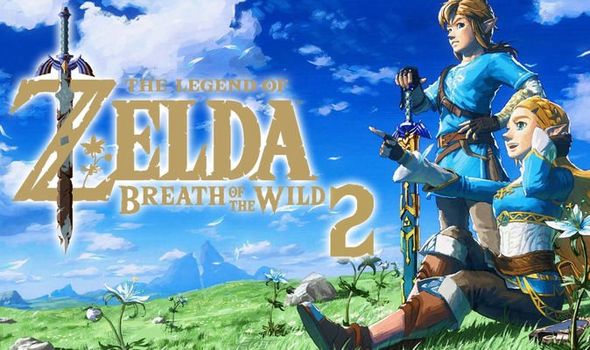 Zelda Breath of the Wild 2 is one of the most highly anticipated Nintendo Switch games on the horizon.

Announced at the end of the E3 Nintendo Direct in a surprise reveal, all Zelda fans have to go on right now is a short Breath of the Wild 2 trailer.

The teaser shows Link and Zelda exploring a Hyrule that looks much worse for wear, hinting Breath of the Wild 2 could have a darker tone than BoTW.

Only time will tell if Breath of the Wild 2 ends up becoming the Majora’s Mask to the original’s Ocarina of Time.

But in the meantime as fans wait for their next glimpse of Breath of the Wild 2 footage more details have emerged about the next Zelda game.

As revealed in a post by SegmentNext, Breath of the Wild 2 developers have given fans an insight into their vision for the upcoming Switch game.

As part of a page on the Nintendo Jobs website, the devs explained one way Breath of the Wild 2 will surpass the original.

They said that the new Zelda game will offer “new gaming experiences that exceed those of the previous game”.

As outlined in a post online, the Nintendo devs said: “For now we can not comment much about the game, but our goal is to offer new gaming experiences that exceed those of the previous game, so we will need the skills of many people to create this new game.

“That’s the reason we are looking for new terrain designers at Nintendo.”

What these new gaming experiences are remain to be seen, but a previous job listing suggested dungeons could be making a comeback in BoTW 2.

The devs also said: “If you have a strong passion for creating interesting things, a heart of hospitality for users, and people who have such things, of course, I am happy that the Zelda team is the best team for those people.

“So, even if you haven’t mastered software such as Maya, you can say that if you are just motivated, you can’t lose to anyone.

“It’s okay. And I hope you can enjoy the clash of various personalities at the development site.

“If you are interested in this interview, please apply. Let’s make a sequel to ‘BotW’ together with fun!”

The devs also revealed that Breath of the Wild 2 began life as different DLC ideas, before the team realised they had enough for a whole new game.

They said: “Initially we were thinking only of DLC ideas, but we had too many and we simply said: ‘This is a lot, we better make a new game and start from scratch’.”

A release date for Breath of the Wild 2 has not been revealed yet, with all fans knowing that it is in development right now.