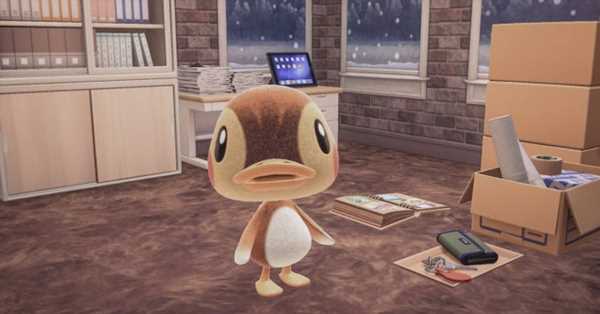 I never wanted to see the naked, tentacled body of Animal Crossing: New Horizons’ cute pink octopus Marina, but now I have no choice.

Thanks to the thorough work of Animal Crossing: New Horizons players, fans have discovered a new glitch that shows their animal villagers completely naked — without any clothes at all. So now you can see all your faves, as they would appear au natural, in the wild.

From the documented instances of it, it appears the glitch occurs in the Happy Home Paradise DLC, specifically in the café, which is one of the facilities you can unlock and design on Lottie’s vacation islands. Here we can see Coco and Daisy flaunting their stuff as they serve some tables.

Here’s Marina who, I guess, is just long tentacles underneath it all. They say it’s what’s on the inside that counts, but I’d rather just dress her up in cute sweaters.

Animal Crossing creator Acnh.Sulky showed the bug with Molly, and thankfully, she just looks like a normal duck. (Shocker, I know.)

Usually, Animal Crossing: New Horizons is a game where you try to dress your character in the coolest clothes. From cute, stylish outfits to creepy Halloween costumes, the game seemingly has it all when it comes to fashion.

Polygon reached out to a representative of Nintendo for comment, and whether a fix is in the works, and will update this article as we hear back.