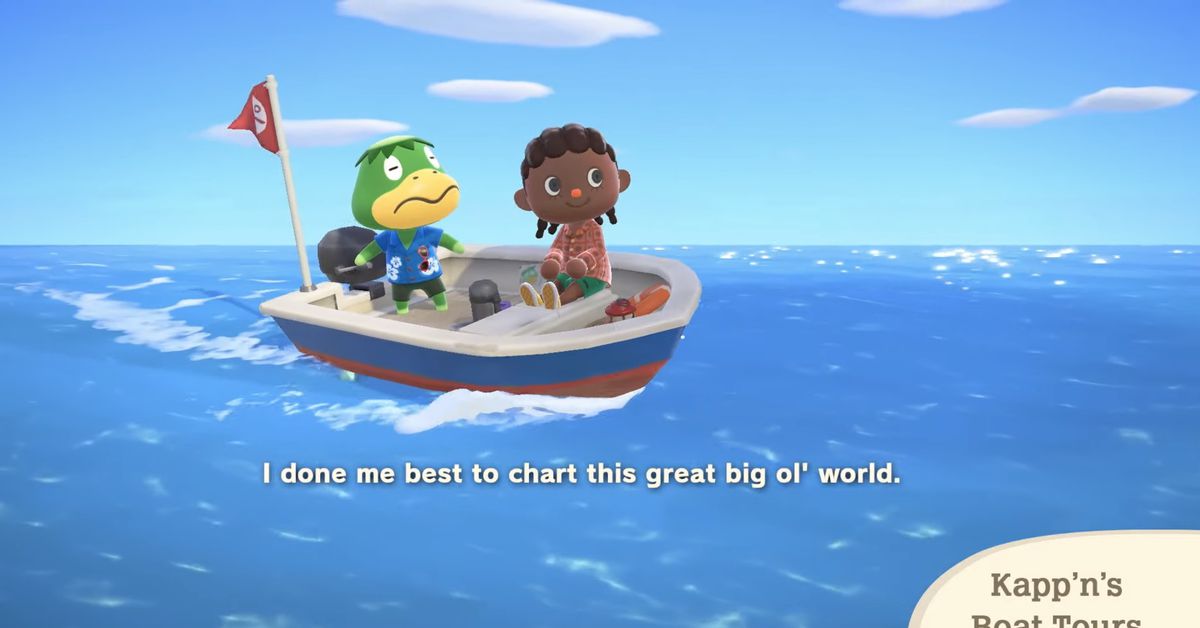 New friends will be joining the cast of Animal Crossing: New Horizons in November, Nintendo announced during the special Nintendo Direct on Friday.

Kapp’n and his beautiful songs will be returning to the game. But that’s not all, the boatsman will take you to a hidden destination where it might be a different season. And he’s not the only one new to the game. Kapp’n will be joined by other characters, like Katrina the fortune teller and Harriet the poodle via an expansion coming to Harv’s island.

Friday’s news comes after a long time waiting. New Horizons hasn’t had a major update since March, when developers released more design slots and most customizable items. From then through the summer, fans hoped the game would get a new character, event, or least some new items, to no avail.

Animal Crossing: New Horizons was the hit game of 2020. This game follows the player’s Villager character, as they settle an abandoned island that is also inhabited by long-time favorite characters like Tom Nook and Isabelle.

The game depends on regular updates to keep fans engaged. Many of New Horizons’ updates so far have introduced characters from previous games through seasonal events. The alpacas Cyrus and Reese were added via June 2020’s wedding event; last November, we got to meet Franklin, the turkey and chef for a special Turkey Day event where players helped him cook. An early event in April 2020 also introduced us to Zipper, the horrifying bunny of Animal Crossing.