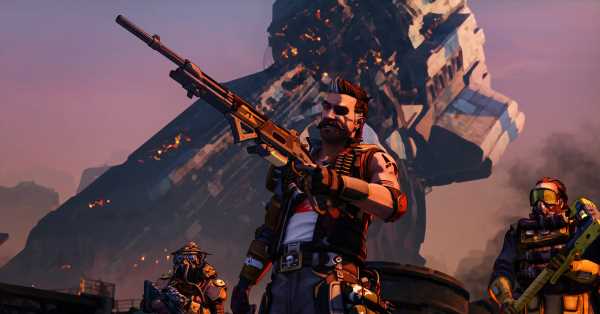 Apex Legends launched Tuesday on Nintendo Switch, and early reactions to the battle royale game from fans are … not good. They’re disappointed in the game’s performance, and they say cross-platform play against users on higher-performance systems leaves them at a huge disadvantage.

“I can excuse bad graphics, but on Switch, the game feels awful to play,” wrote one player, in the Switch subreddit on Wednesday afternoon.

“The game drops to like 10 frames when you’re in any gunfight,” says the Reddit thread starter. “Graphics look muddy in docked mode … I don’t even want to know how handheld looks.”

Apex Legends, which launched in 2019 on PlayStation 4, Windows PC, and Xbox One, runs at 720p resolution in the Switch’s docked mode, and 576p in handheld. The slower frame rates and weaker resolutions give Switch players less time to react in a fast-paced shooter, and less visual information than competitors on other systems can get just at a glance.

Reddit user Ann0ying posted a visibility comparison of a Switch running Apex Legends and the same frame on an Xbox One at 1080p. “Close up enemy model (is it even there?)” they wrote, over a pixelated smudge that doesn’t resemble anything important at a distance.

“Apex runs on a highly customized Source engine that was built to expand the loading distance for long distance views and such,” noted redditor JabroniSn0w.

“It does look nice at times,” shrugs YouTuber RGT 85, “But it definitely does look blurry. … The frame rate targets 30 frames per second, but it definitely drops at times, and that kind of disappoints me a bit. … If you play first-person shooters on other platforms, it’s definitely jarring.”

Switch users are recommending that players turn off the cross-play option (in the game’s settings menu), and join Switch-only lobbies, to stand a better chance in Kings Canyon. Playing against people on platforms where visibility isn’t an issue, the thinking goes, might not be as balanced as matching up against folks who are in the same boat as Switch players. For some reason, probably because it gets players into a match faster, cross-platform play is on by default for Switch. But opting for Switch-only lobbies reportedly means much longer wait times to get a game started, given the new launch’s much smaller installation base.

Panic Button, the port shop that brought Doom (2016) and Doom Eternal to the Switch, developed Apex Legends for the console, too. Lots of players still pointed to the job that studio did bringing a hardcore multiplayer shooter to Nintendo’s platform, and the post-launch support both titles have received, in hopes that Apex Legends will get better on Switch over time.

“They were still patching Doom a few years after, even though it didn’t need it and they didn’t have to,” said one Redditor. “Give it a few months. I was also expecting better, but I am not disappointed, if that makes sense.”

Apex Legends launched March 9 on Switch, giving players on that platform 30 free levels of the Battle Pass for Season 8, which is already in progress. Switch players also earn double XP during the first two weeks the game is available.