When Breath of the Wild was originally teased back in 2014, fans mistook Link’s slender hooded figure for a woman. Alas, it was a fake-out — Zelda was definitely in the game, but she wasn’t playable, nor was Link a woman. Here we are, years later, and once again a teaser trailer has got some people’s hopes up once again.

The speculation floating around right now is all about what the trailer shows and focuses on. Zelda has a shorter haircut now, which could be useful for adventuring. We see her traveling with Link as they dive deeper into god-knows-where. Zelda gets way more screen time than Link during the brief teaser. At one point, it even seems possible that Link is grabbed by whatever malevolent force is animating the corpse in the trailer, as noted by speedrunner Orcastraw. Zelda even seems like she’s alone at a couple of points. Could it be? Will we finally be able to play as Zelda?

I hate to get my hopes up here, just to be disappointed once again. But I can’t help it, because Breath of the Wild is explicitly about Zelda’s inability to be the hero. As you collect memories, you see that Zelda wishes she could save Hyrule on her own, without Link’s help. Zelda even seems to resent Link at times — as Urbosa says at one point, “That boy is a living reminder of her failures.” One memory has Zelda reprimanding Link for accompanying her while she visits a shrine. “It seems I’m the only one with a mind of my own,” she snaps.

It’s a heartbreaking tale, especially as you see Zelda spending time strategizing and getting ready for the big threat. And yet, destiny denies her. She’s not the Hero of Time. She can’t even use the tools she needs to enter the shrines, simply because of who she is, even though she spends hours praying to the Spring of Courage, eyes full of tears. 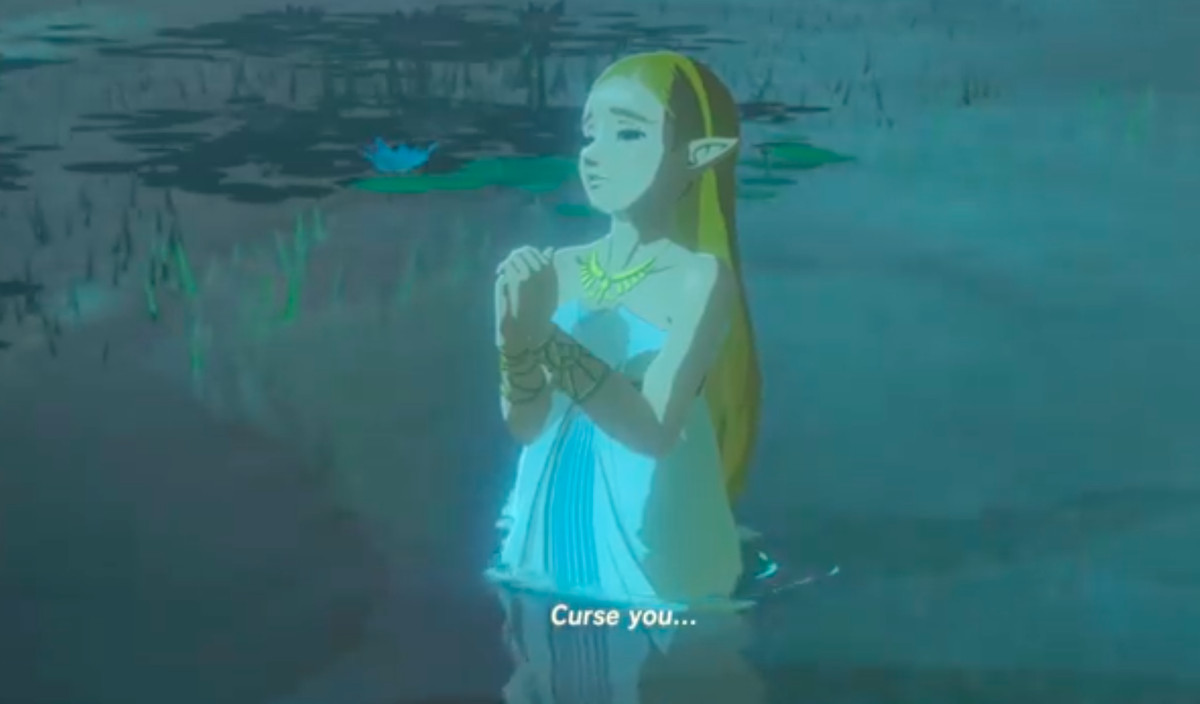 By the end of the story, Zelda does contribute hugely to the war effort — after all, she holds Ganon back for ages while Link messes around in the overworld. But, even so, I was left wishing she could contribute in the way she wanted to: Actively, in the trenches, no different than Link.

In the past, Breath of the Wild producer Eiji Aonuma has said that Link can’t be a woman, because that would upset the balance of the Tri-Force somehow. That’s fine. We have Zelda, who is ready, willing, and able to join in the fight. Nintendo just needs to let her do it.

Maybe that will be Breath of the Wild’s sequel? At the very least, it’s cool to think that Zelda might accompany Link on his adventures. It’s probably going to be a good while until we find out.