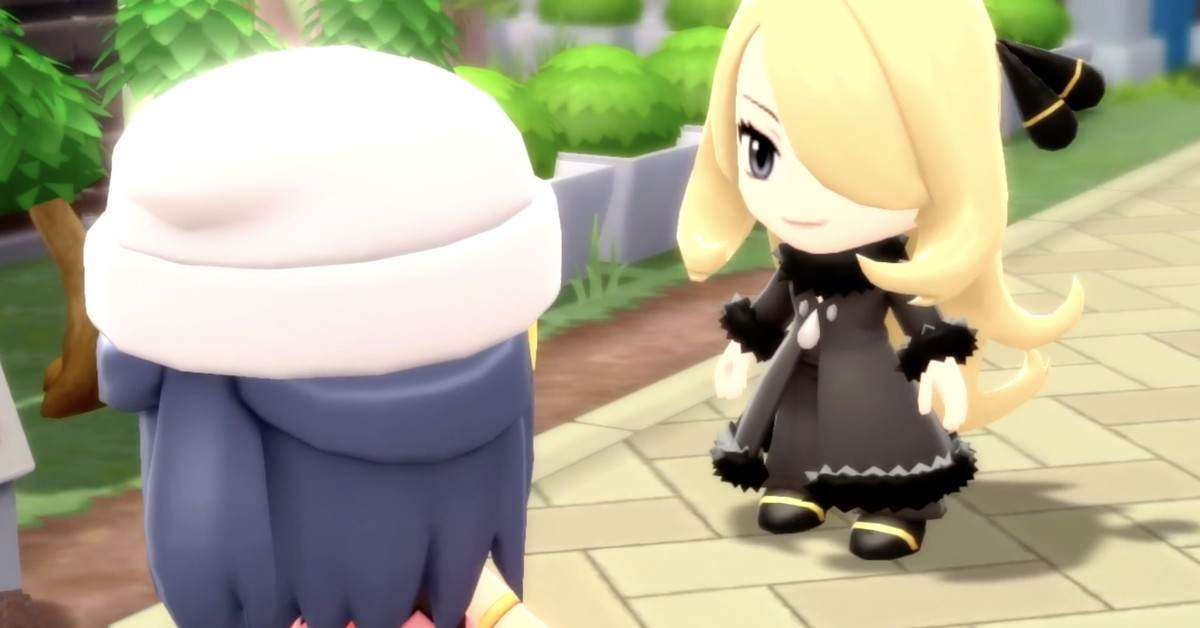 The Pokémon Company showed new footage from Pokémon Brilliant Diamond and Shining Pearl as part of Pokémon Presents on Wednesday. The trailer showed characters of the original world and fun minigames that would be making a return in the remakes. However, people were especially excited to see Cynthia herself make an appearance.

Cynthia is a Pokémon trainer and head of the Pokémon League (also known as the Elite Four) in Pokémon Diamond and Pearl. The Elite Four in any Pokémon game represent the final challenge for trainers and while developers design the fights to be beatable, some of the battles are harder than others.

Cynthia was known by fans to be notoriously difficult to beat. There are multiple variations on her battle, but all of them include her signature Pokémon, Garchomp. She and her Garchomp are so difficult to beat, they have been made into memes and become the butt of jokes on TikTok. TikToks will often play her battle theme with comments like, “I swear that Garchomp gave me nightmares.”

Fans both fear and revere Cynthia. So when the trailer showed her remade in the cute, adorable chibi art style of Pokémon Brilliant Diamond and Shining Pearl, her name, “Cynthia” started trending on Twitter, accompanied by excited screenshots of her brief cameo in the new trailer.

Although she’s adorable now, it’s entirely possible her Garchomp’s bite will be just as nasty though. So don’t let her cute exterior fool you.