Fire Emblem: Three Houses lets you spend quality time with your students: You can cook a meal, join them in choir, or give pupils personalized instruction. But screw all of that. I’ve been using most of my free time in the game to brew tea and speak of the finer things in life with my favorite Three Houses characters.

Three Houses introduces a new mechanic called Tea Time, where players can sit down and have a one-on-one conversation with a student, complete with beverage and snack accompaniments. You can pick the type of tea you’d like to make, which your pal will react to. Then you’re given three opportunities to strike up conversation. Each conversation has three options, ranging from serious to silly and mundane. If you pick good options, your relationship with that student improves, and your charisma stat increases. Also, the game gives you the option to get up close and personal with your students, in case you want to admire the new 3D art.

So far, most of my conversations have been shitty. I keep messing things up by picking topics that my peers aren’t interested in, and while I’ve managed a couple of nice tea times, I’m proving to be an awful host. 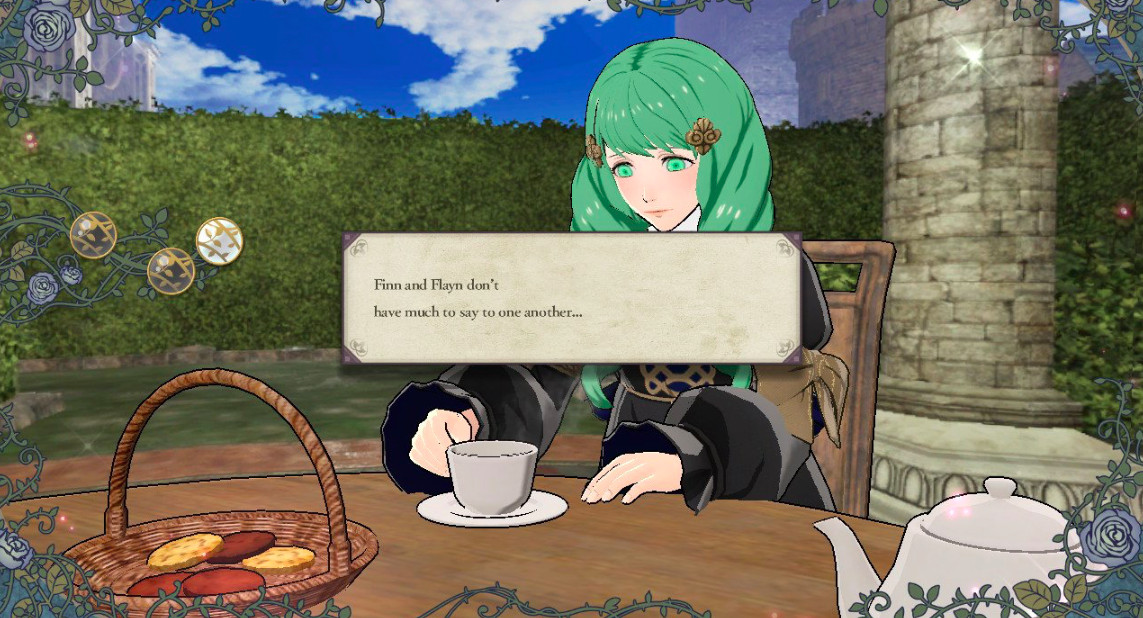 And yet, I’m obsessed with tea time. Something about the feature feels intimate, like I’m treating the person on the other end as an actual human, not just a video game character. It helps that I’m refusing to redo my conversations with folks: If I falter, it’s because I don’t know the character well enough. That’s on me for not paying attention to the in-game dialogue and reference screens. While I’m more prone to redoing a battle, where random elements can suddenly decimate a loved character, tea time is not to be fucked with. If I get a poor tea time, I feel like I don’t deserve to gain a character’s confidence yet. Wouldn’t I have read the character’s dialogue more closely, or spent more time getting to know them? If I didn’t, then that tells me the tea time verdict was warranted, and I’ll have to try harder next time. It also means that the times I do get a good tea time rating, it feels meaningful. 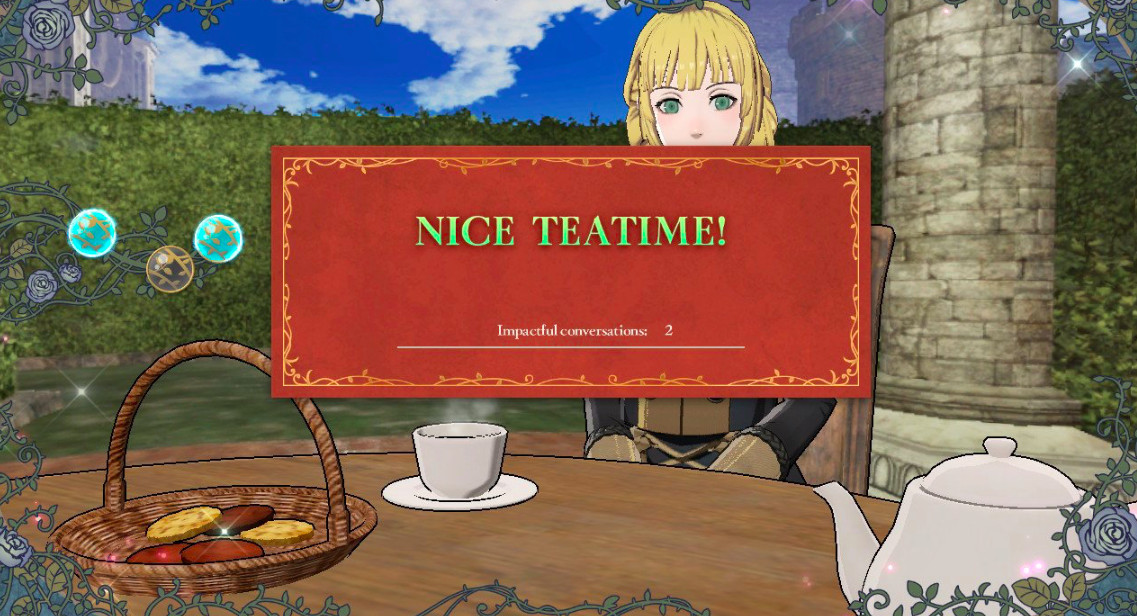 “They’re a fun test on how much you know the personality of the person you’re talking to tea,” says Polygon’s Russ Frushtick. “Are they militaristic or peaceful? Gregarious or shy? Succeeding means really having a good sense of the character.”

According to an informal poll I held on Twitter, 53 percent percent of my followers don’t redo tea time, while 23 percent of folks only restart it sometimes — usually when it involves a character someone is very invested in. Many fans I’ve spoken to say that, like me, they’re having trouble with tea time, and it’s leading to some hilarious posts on social media:

But when things go right, fans can’t help but melt. “My favorite bit is that when you do get everything right, you get to just observe them and move the camera around and like make them blush and that is Very Good,” says Polygon reporter Petrana Radulovic.

Still, some players can’t help but note how ridiculous a good tea time can look from the outside:

For Fire Emblem, the inclusion of tea time follows a wider series push to focus on the characters. Awakening let you marry characters off, while Fates allowed you to “rub” characters in their private quarters. Together, all these mechanics make it seem as if Nintendo wants to give players ways to deepen bonds with individual characters, but tea time doesn’t feel nearly as creepy as previous attempts. In the larger picture, Nintendo games have been making strides in giving fans more meaningful options — new Pokémon games, for instance, allow you to pet and feed your critters. While some hardcore devotees argue that these non-battle mechanics shift the focus to aspects of Nintendo games that shouldn’t “matter,” I’ve appreciated these attempts at intimacy far more than any combat enhancements.

It seems like many Fire Emblem fans feel the same way, judging by the positive posts on social media:

Curiously, Three Houses tracks who players are asking out to tea time, and while the leaderboards shift multiple times a day, popular characters include Lysithea, Edelgard, Dorothea, and Bernadetta.