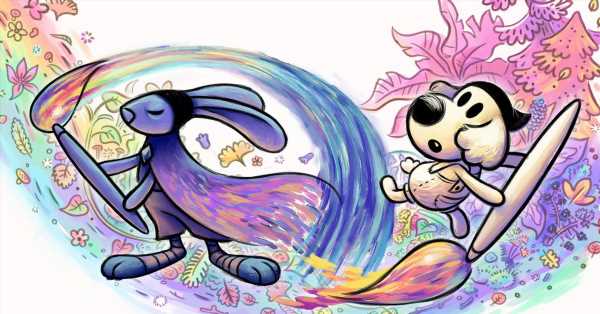 Nintendo’s latest Indie World stream is full of great news for fans of excellent games from independent developers. On Wednesday, Nintendo confirmed a long list of well-regarded releases and promising upcoming games for Nintendo Switch. That list includes games like Chicory: A Colorful Tale, Polygon’s No. 2 game of the year; Omori, Omocat’s colorful but dark indie role-playing game; and Sea of Stars, the next game from The Messenger developer Sabotage Studio.

Four of the games showcased during Wednesday’s Indie World stream are coming to the Nintendo Switch eShop today: Dungeon Munchies, Let’s Play! Oink Games, Chicory: A Colorful Tale, and Timelie. Switch owners can also get a playable preview of one of the games, Figment 2: Creed Valley, thanks to a newly release demo on the eShop.

Read on for a breakdown of every big announcement from Nintendo’s Indie World stream for December.

A prequel to side-scrolling action game The Messenger, Sea of Stars is an isometric role-playing game with a similarly retro vibe. It’s a classic 16-bit-style RPG with turn-based combat and features music by composer Yasunori Mitsuda (Chrono Trigger, Chrono Cross, and Xenoblade Chronicles 2). Sea of Stars is coming to Nintendo Switch holiday 2022. It’s also coming to PC next year.

Omocat’s emotional and spooky role-playing game Omori, which has drawn comparisons to EarthBound and Yume Nikki, was released on PC last year. It’s now coming to Nintendo Switch in spring 2022.

Team Chicory’s cute, colorful adventure of existential crisis, already available on PC and PlayStation platforms, makes its way to Nintendo Switch today. Starring a magic paintbrush-wielding pup, Chicory: A Colorful Tale is one of the year’s best, as noted in Polygon’s games of the year list:

It’s rare to play a game where the central verb, painting, is also the emotional crux around which its themes and world revolve. Chicory has other verbs — exploring, talking, solving puzzles — but mostly, it’s a game about painting the entire world however you like, with utter abandon.

Destined to be a heartbreaking adventure, Endling: Extinction is Forever casts players in the role of a mother fox, who must guide her three cubs to safety in a world ravaged by human-induced climate change. Endling promises stealth, survival, and perilous adventure when it comes to Switch in spring 2022.

Aliisha — The Oblivion of Twin Goddesses

Twin sisters Aisha and Lisha must work together by exchanging clues and operating devices in a journey deep into a temple in puzzle-adventure game Aliisha – The Oblivion of Twin Goddesses . Developer Underscore promises an emotional story with multiple endings when Aliisha launches on Nintendo Switch as a console exclusive in spring 2022.

Loco Motive is a murder-mystery point-and-click comedy adventure set on a train called the Reuss Express. Players must investigate the suspicious death of Lady Unterwald in an attempt to clear their name — because they’re the primary suspects! Published by Chucklefish, Loco Motive comes to Switch next summer.

This manga-inspired visual novel/rhythm game of love, music, and friendship set in Jakarta is coming to Nintendo Switch next summer. Developed by the creative director of Coffee Talk and What Comes After, Afterlove EP is part mixtape and part narrative adventure.