Over the weekend, at PAX East, Nintendo crowned the winners of the Splatoon 2 North America Inkling Open 2019 and the Super Smash Bros. Ultimate North America Open 2019, a pair of events that capped weeks of qualifying tournament events. Nintendo’s Smash tournament in particular deviates from community-organized events in that its rules allowed for in-game items and Smash Balls. Some serious Smash Bros. players blanch at such allowances, saying it goes against fair competition.

Nintendo’s decision to allow semi-random gameplay elements in its official Super Smash Bros. Ultimate tournaments is by design, not a refutation of widely used competitive tournament rules. Those decisions are a way to lure in a broader audience who may not compete in local tournaments and may favor online competition, according to Nintendo of America senior director of product marketing Bill Trinen.

“Certainly with Smash Bros., you’ve got a very clearly established competitive rule set that all of the pros are using,” Trinen said in a phone interview with Polygon. “But the game is designed in a way that there’s a lot of different ways to play. And with the number of people that play online, we know that people play with a lot of different rule sets, [with] items on and things like that.

“So one of the things we wanted to do with the North American Open was to really make this about trying to attract as many people who don’t normally play in tournaments.” 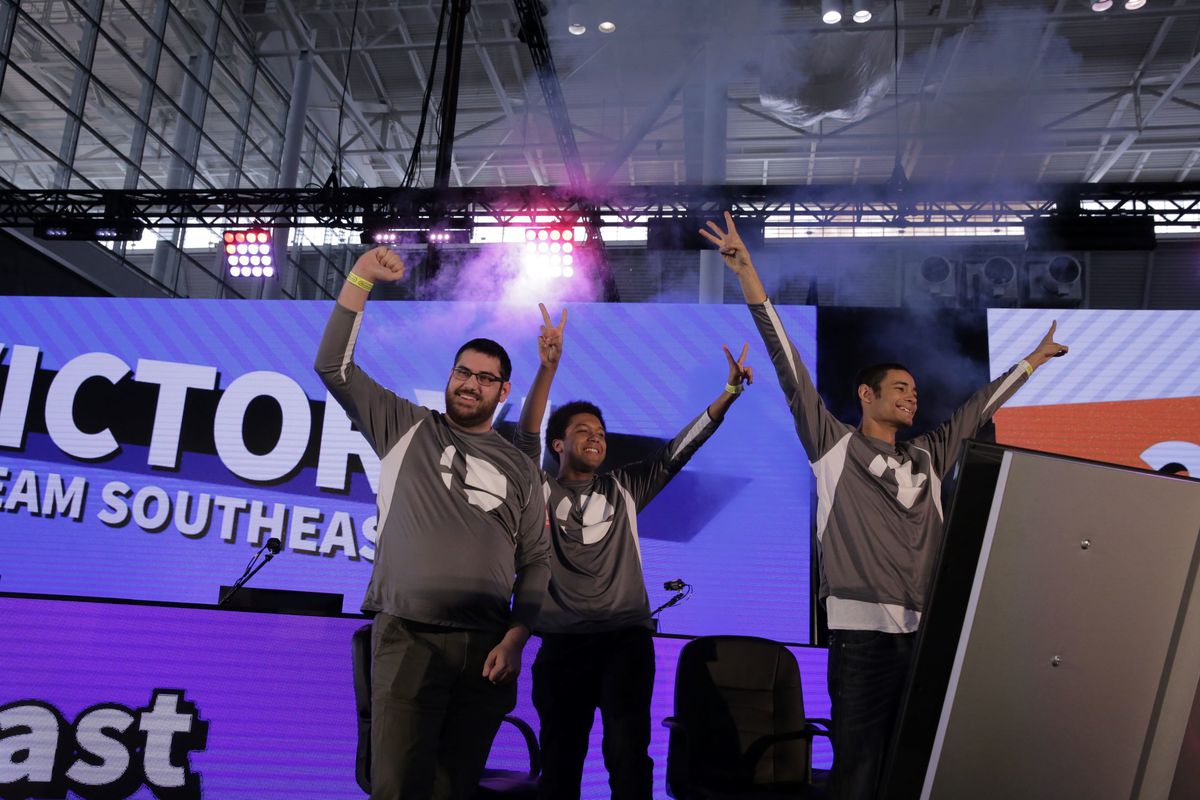 Trinen says Nintendo’s looser competitive rules make its Super Smash Bros. Ultimate competitions “a bit more approachable to a casual audience.” And as Nintendo’s competitive pool of players whittles down from thousands of people taking part in online tournaments to a smaller group fighting at on-site events, it tightens up its competitive ruleset. Nintendo hasn’t announced the ruleset for its E3 2019 Super Smash Bros. Ultimate World Championship 2019 3v3 finals, however.

“With over 10,000 people having been a part of the online tournament, we really think that that approach is drawing in new players,” Trinen said. “Some of them are people that play competitively but don’t really make it into those top tiers of at some of those larger tournaments. And so it’s both giving them an opportunity to shine. But you’re also seeing some people who are really just kind of new to the competitive scene as well.”

Nintendo also supports community-driven Smash Bros. tournaments, like Genesis, some of which have drawn in members of the Splatoon competitive scene who hold their own side events. Smash Bros. will be present at this year’s Evo tournament in August, where Ultimate will make its tournament debut (and Super Smash Bros. Melee won’t be featured for the first time in years).

“We’ve worked with Evo in the past through a partnership perspective and plan to do the same as well this year,” Trinen said. “Obviously with that being a little bit further out , we don’t have any detailed plans right now but we are going to look at what opportunities we have to work with them.

“For us, one of the main things that we want to try to do is broaden the audience as much as possible and also try to support where we can in terms of growing the number of people that are going to tournaments and growing the number of people that are watching tournaments. [We’ll] be focused a bit in those areas. But hopefully we’ll have some other opportunities to work together with Evo in a variety of different ways.”