If you play Pokémon for long enough, there’s a small chance that you might be hit with a mysterious affliction. “First time it happened to me during my play through of Diamond and Platinum, my young self thought that my Pokémon were in danger,” said Twitter user T’khari Fisher. “I panicked, placed the carrier in the PC so that it wouldn’t affect my party.” Before he was able to Google the virus, Fisher feared that perhaps his monsters had contracted some “some sort of equivalent to HIV,” he said.

Stories like Fisher’s abound in the Pokémon fandom, largely because older games barely explain the Pokerus mechanic. When you take your infected buddy to the Pokémon center, the healer tells you that “tiny life forms” have attached to your creature. Then, you get a call informing you that the virus will eventually wear off.

“I had no idea what it was and it scared me,” said Twitter user @samiisquared, who recalled their experience of the phenomenon when they were only nine years old.

When I encountered it as a child, I was surprised to find that the virus had suddenly spread to all the Pokémon in my party. Then, as quickly as the bug arrived, it was gone. The only evidence I had of its existence was a small black dot in the Pokémon’s summary screen. Something about the symbol felt menacing, because I didn’t understand fully understand what it meant. If it was harmless, why note it at all? What was the game not telling me?

This, of course, was before the days of GameFaqs and Google searches. You couldn’t blame a kid for fearing the worst, especially as schoolyard rumors blurred the line between reality and fiction. And, unlike myths such as “Mew is under the truck,” players genuinely had proof of the virus’ existence. People just couldn’t always explain what it was. It seemed to do something, but players weren’t sure what. 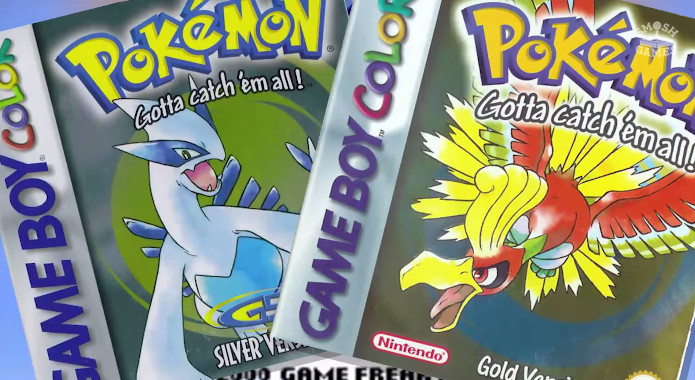 “I remember schoolyard rumors about the Pokerus emerging after Gold and Silver came out, and that it glitched the game,” said Twitter user @TravinoEXE. “I recall it ranging from Missingno-like glitches and crashes, to it making Pokémon that didn’t exist.”

Because it was a rare condition, some people didn’t even believe Pokerus truly existed.

The reality was much more mundane than young players could have imagined, of course. Pokerus doesn’t kill your buddies, or anything like that. Actually, the virus is a good thing: Any monster that has Pokerus will gain double the amount of Effort Points, which help determine a creature’s final stats. Savvy players like having Pokerus, because it makes raising buffed-up monsters easier. And because there’s only a one in 21,845 chance of getting the Pokerus from the wild, players tend to greet the virus with open arms. As Bulbapedia explains, you’re more likely to get a shiny monster in a special color variant than you are Pokerus — and you can play Pokémon games your whole life without ever encountering a shiny. This might explain why some fans try to keep Pokerus active in their games forever. Twitter user William Antonelli, for example, “did everything I could to keep the infected [Pokémon] in stasis in the PC to keep it” after encountering it for the first time.

Granted, the fact that Pokerus affected something that was seemingly invisible — Effort Values — was probably exactly what gave it such a mysterious aura in the first place. Most people who play Pokémon never learn how these underlying mechanics work, unless you’re playing competitively. So the idea that a rare virus was affecting something under the hood that was hard to explain in layman’s terms seemed dubious for some.

As the years went by, more Pokémon players became informed about the intricacies of Pokerus. It helped that, in later generations, the Pokémon center visit started telling players that the virus made creatures “grow exceptionally well.” Players also started regularly dispersing Pokerus-infested monsters through trades, as a gesture of goodwill toward others. In other words, Pokerus started becoming a known, ubiquitous quantity.

But even these advancements didn’t always make a difference. Part of the problem is that most players mash through the dialogue that kind of explains the condition at the healing center, because 99.99 percent of the time, the nurse there always says the same thing — so why stop and read what she says?

“I had actually first heard about it when reading my strategy guide for Pearl,” said Twitter user Nicholas Vu. “Some of my friends’ Pokémon caught it and thought it would corrupt their save. I tried to tell them it was actually a good thing but they didn’t believe me.”

You’d think that now, in 2019, this mystery could be put to rest — but every so often, you’ll find someone on social media asking that age old question, “What is Pokerus?” Thankfully, these newbies have nothing to worry about anymore.