Between today’s live Borderlands 3 gameplay reveal, an interview with creative director Paul Sage and info straight from Gearbox Software itself, we’ve learned a whole lot about this highly-anticipated looter shooter.

Some of these details come from our interview with Sage, who said Borderlands 3 includes loot and level scaling that can be turned off, and explained Borderlands 3’s fast travel systems to get around the biggest Borderlands game yet. Other details came from the Borderlands 3 gameplay reveal itself. 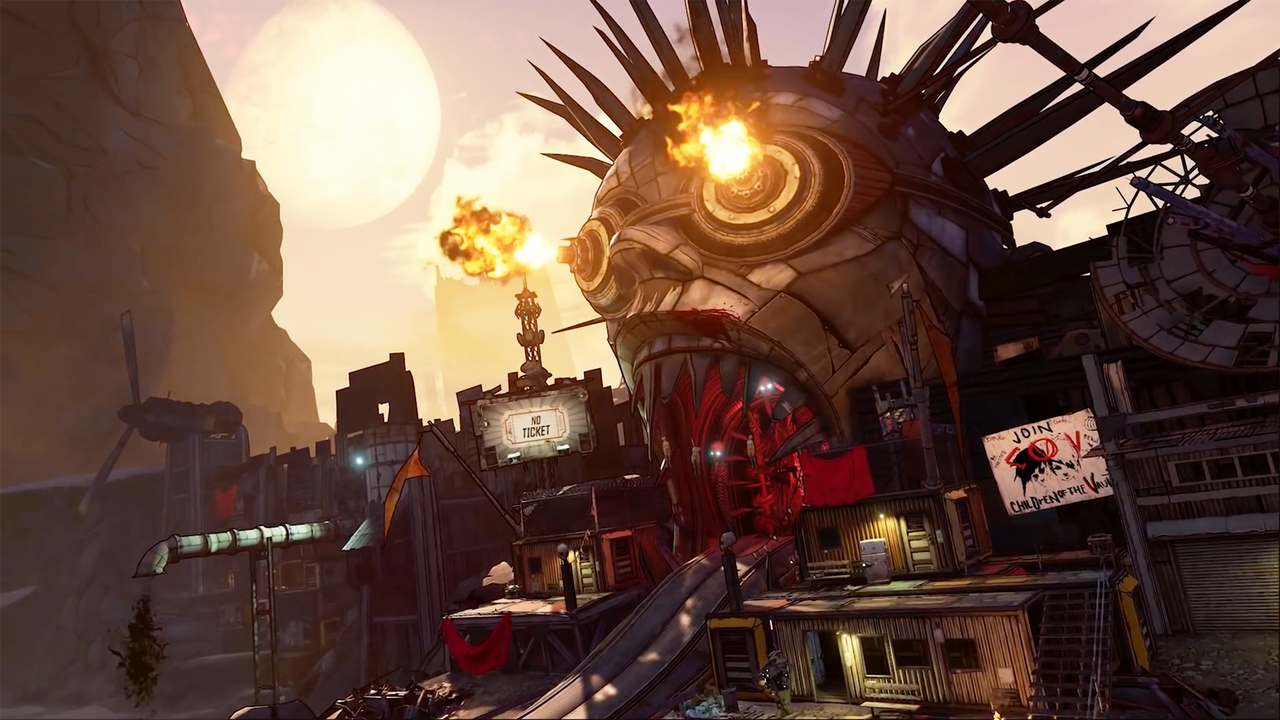 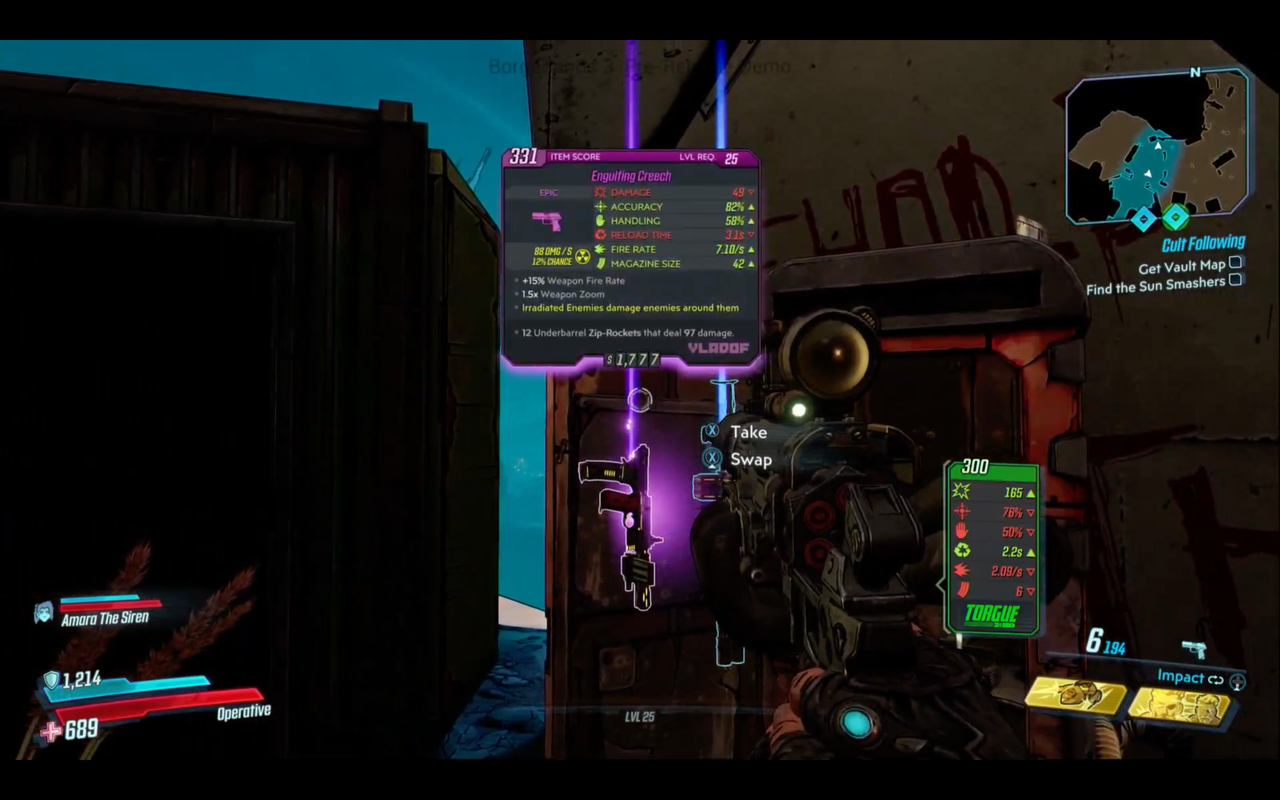 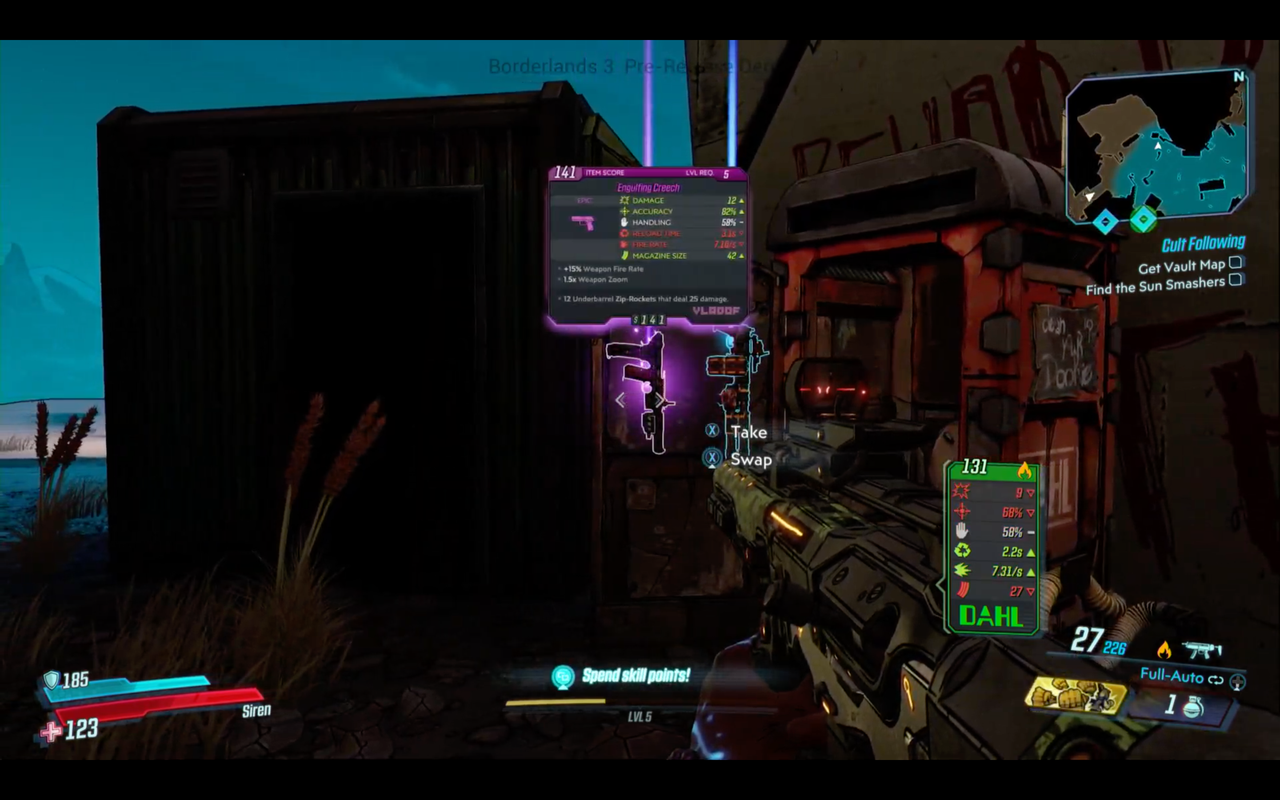 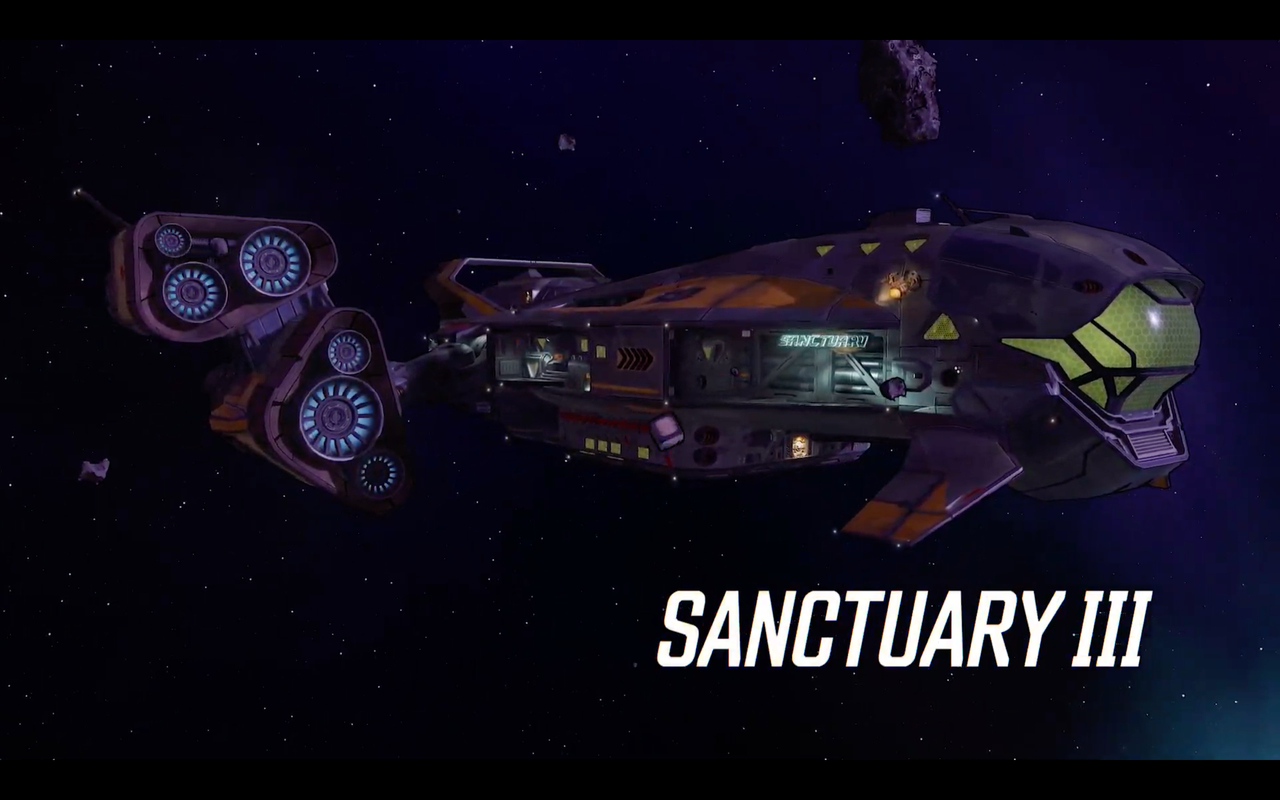 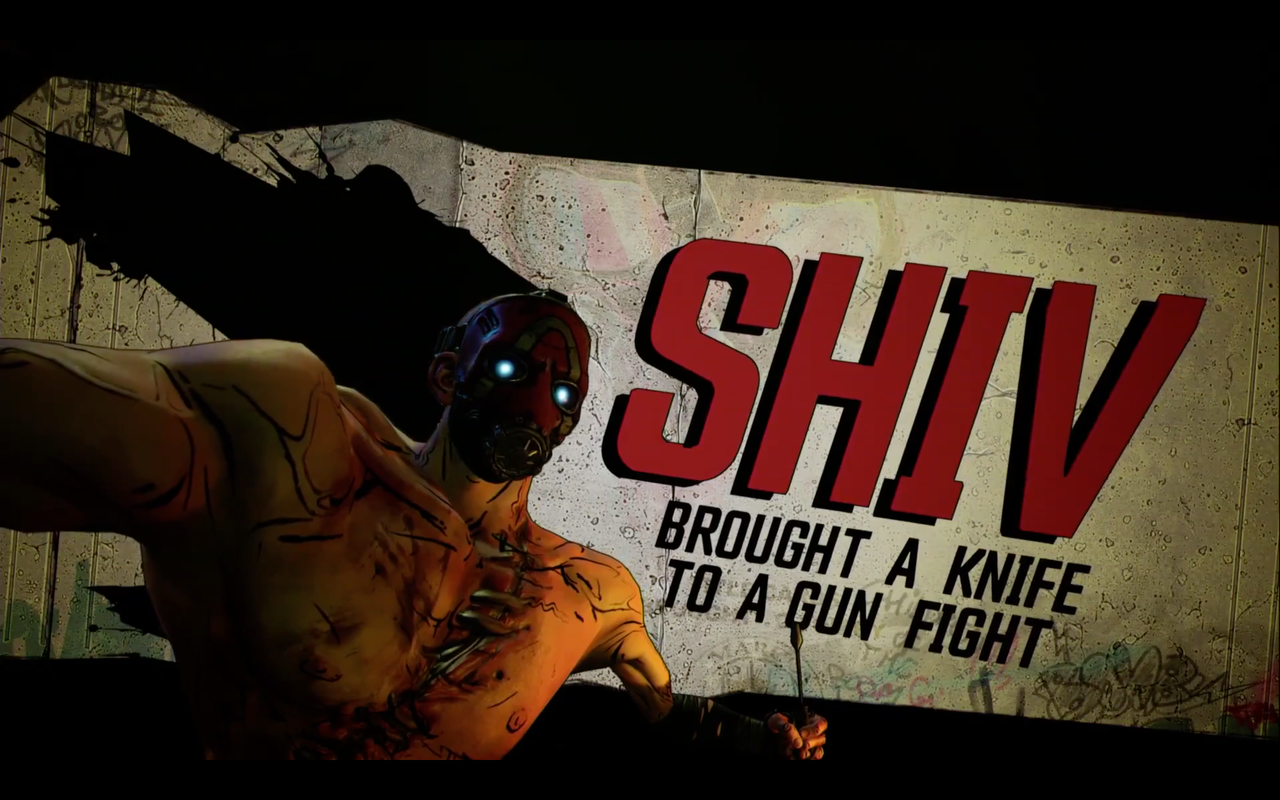 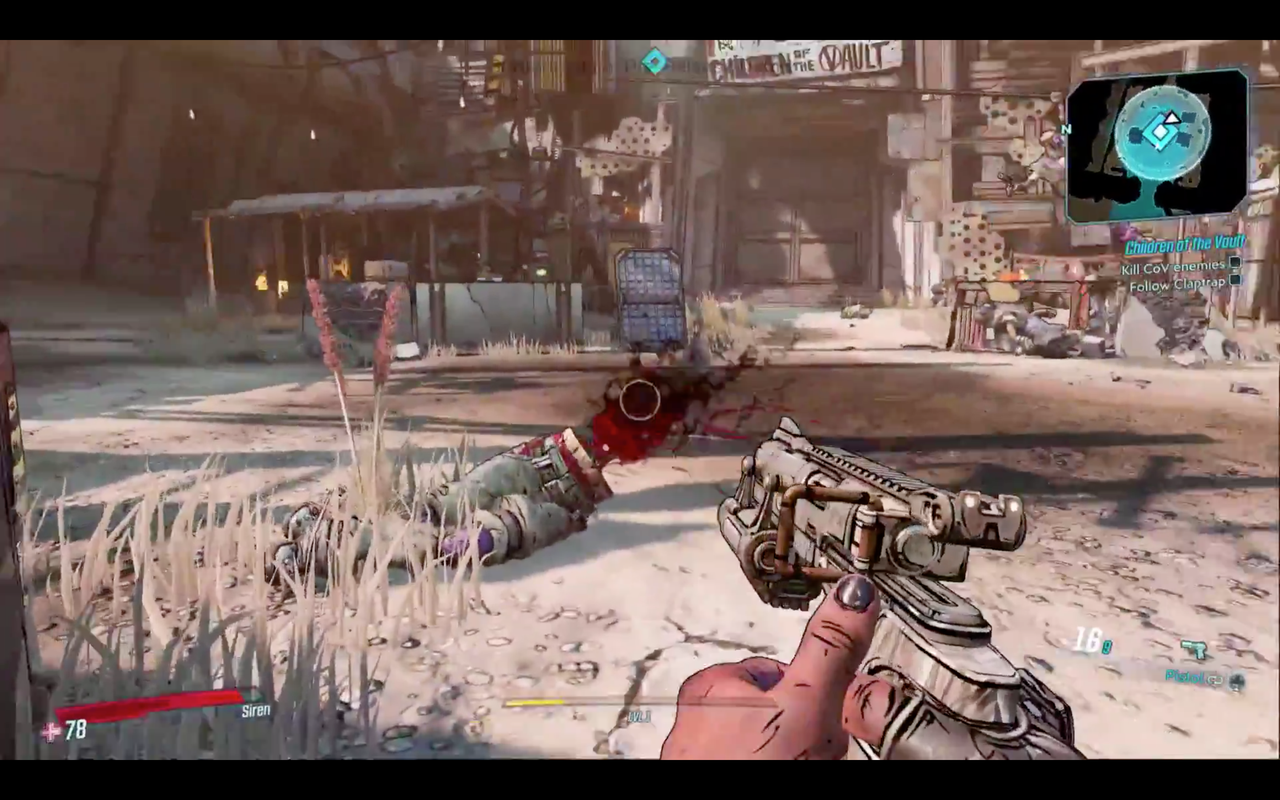 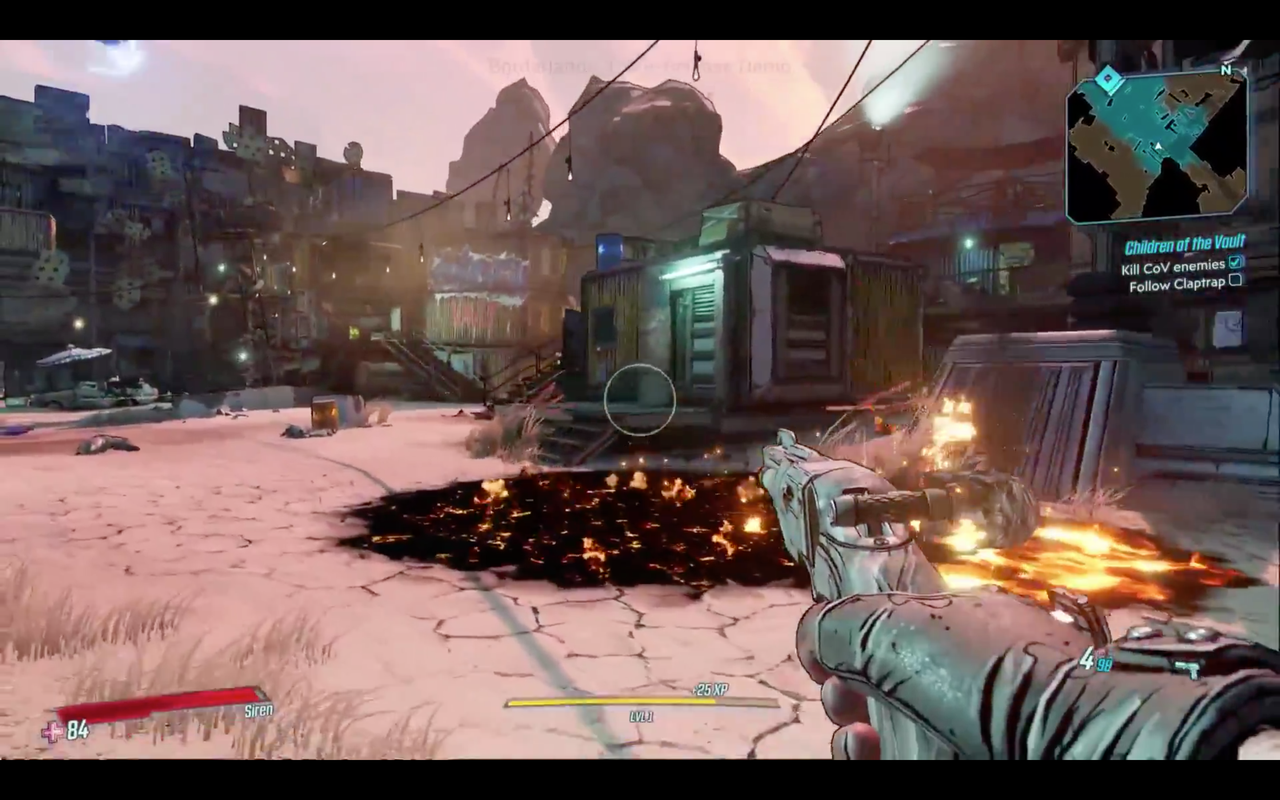 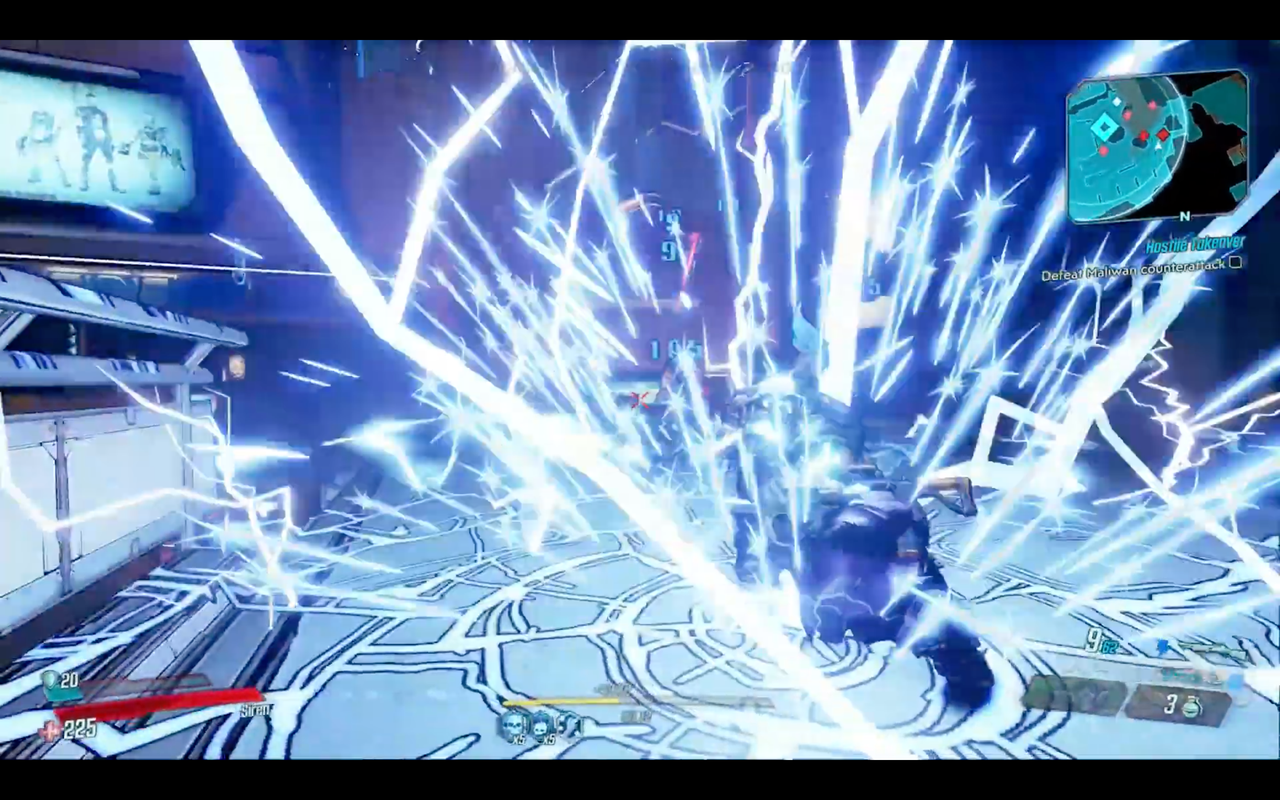 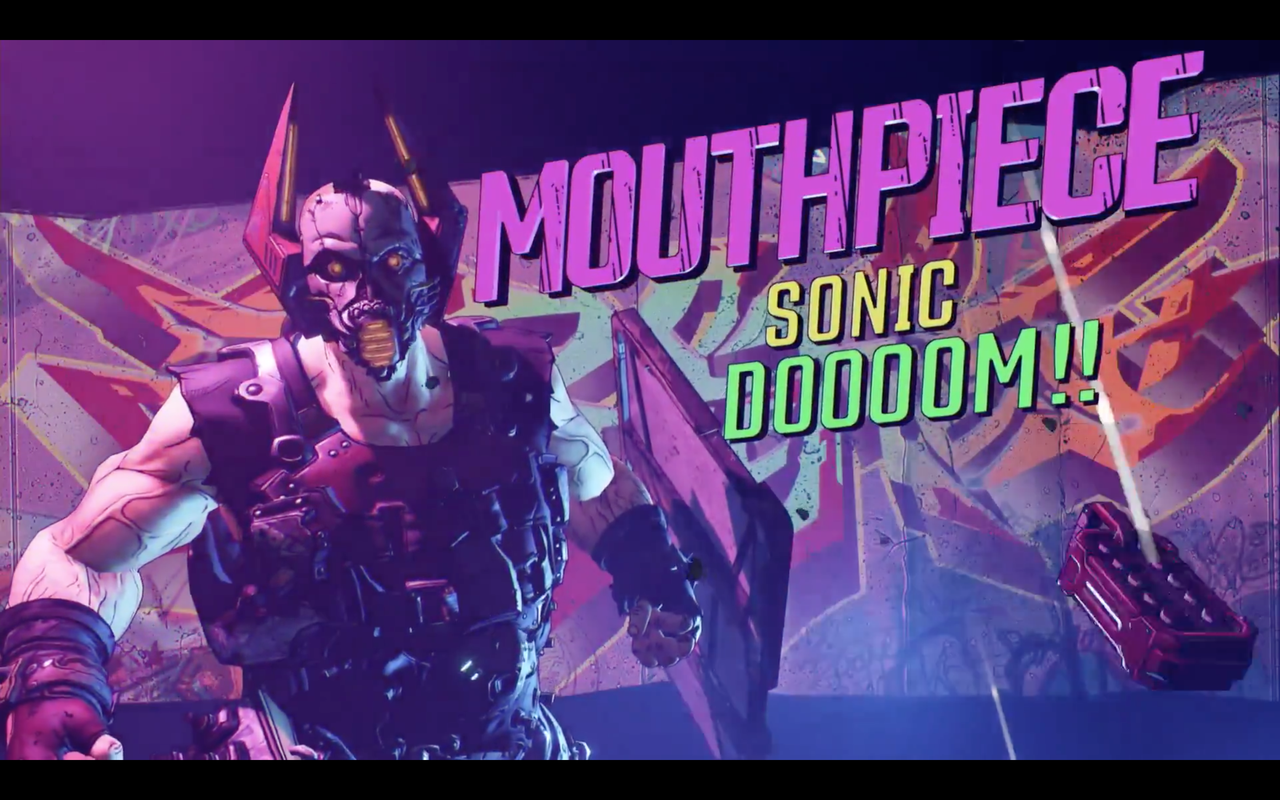 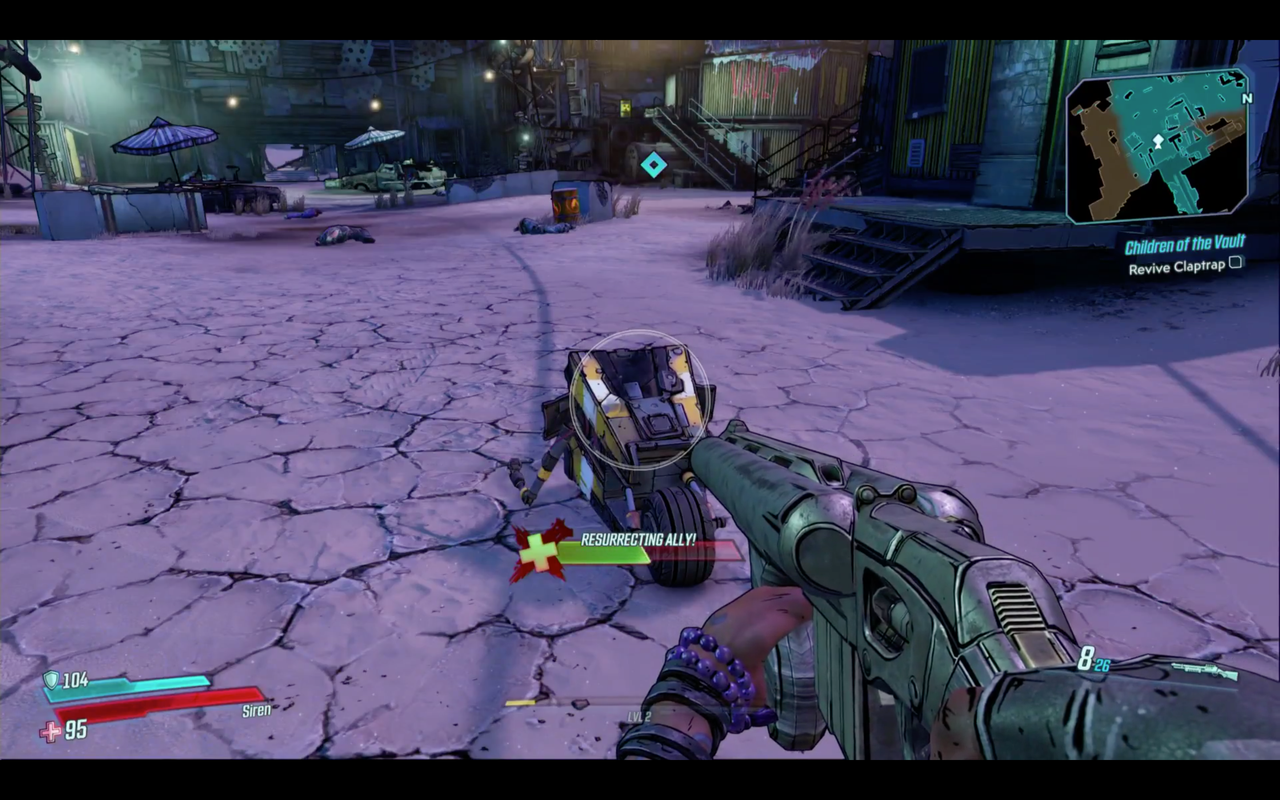 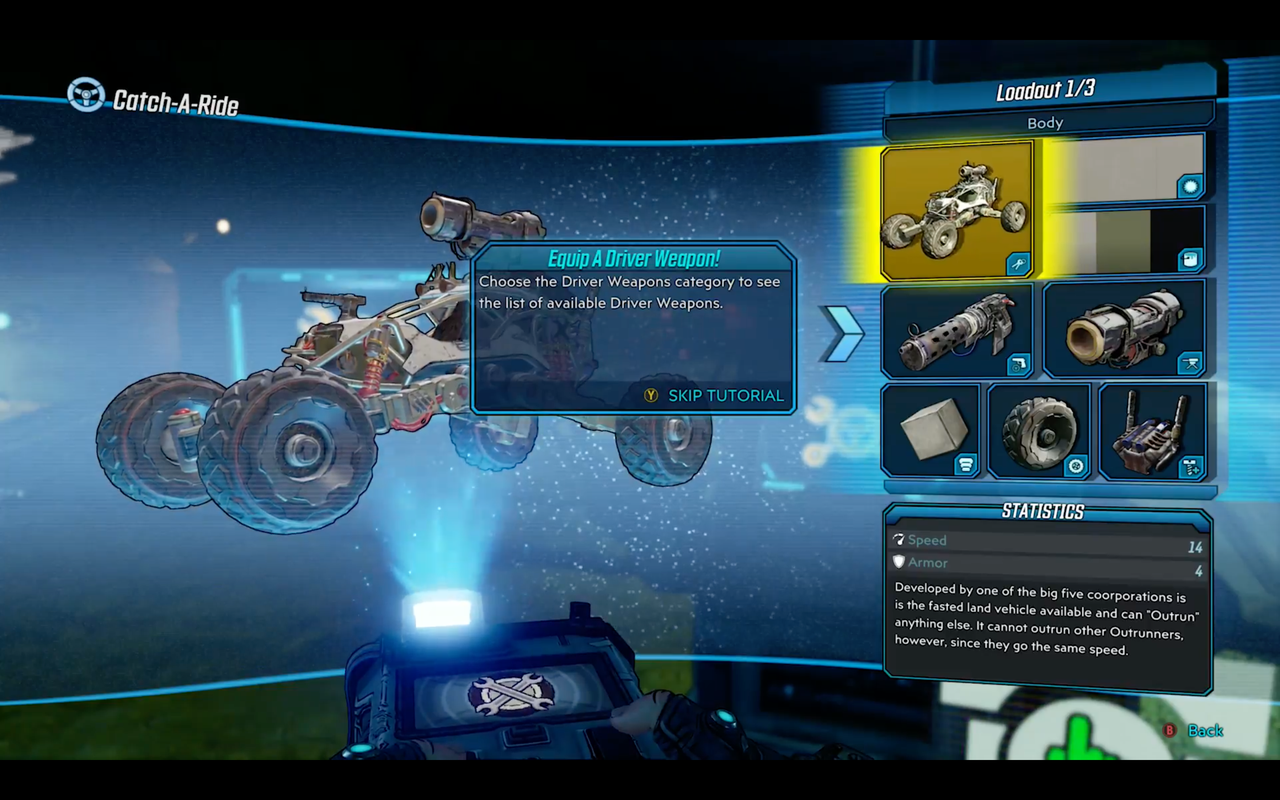 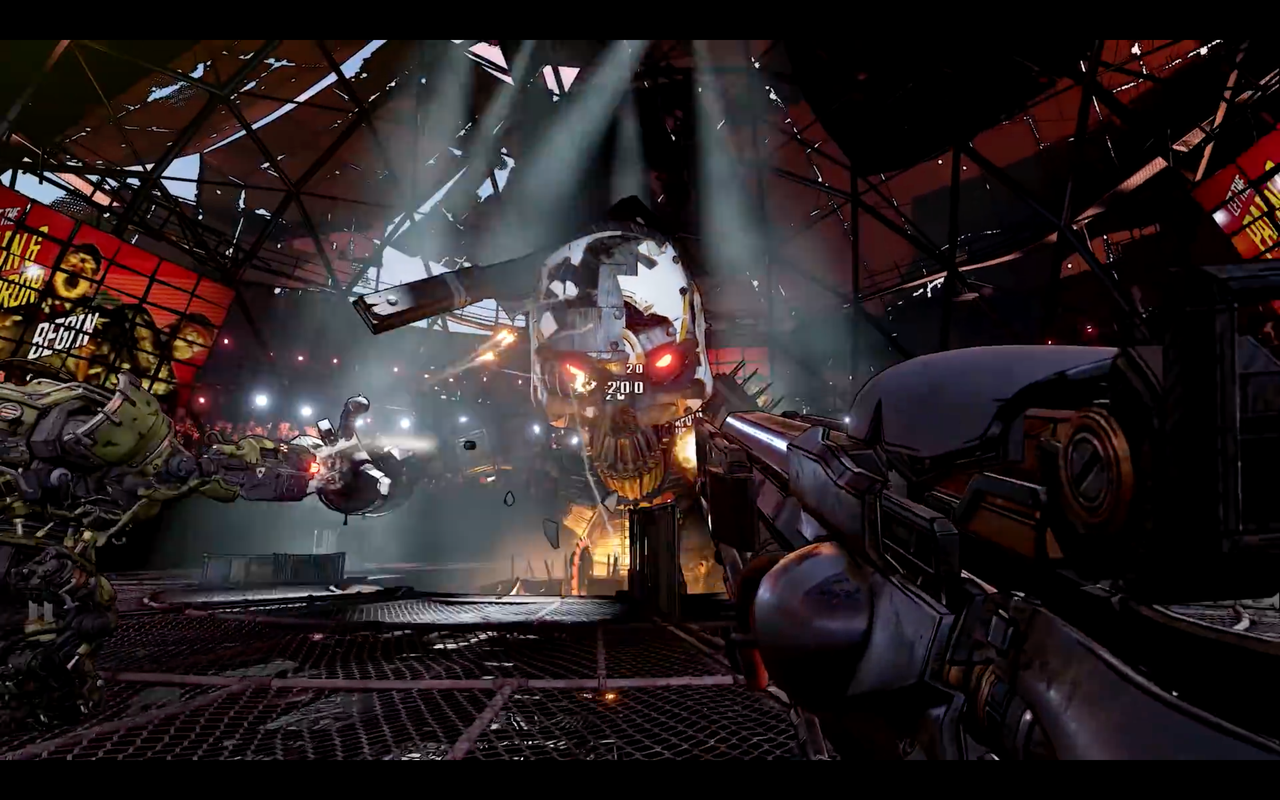 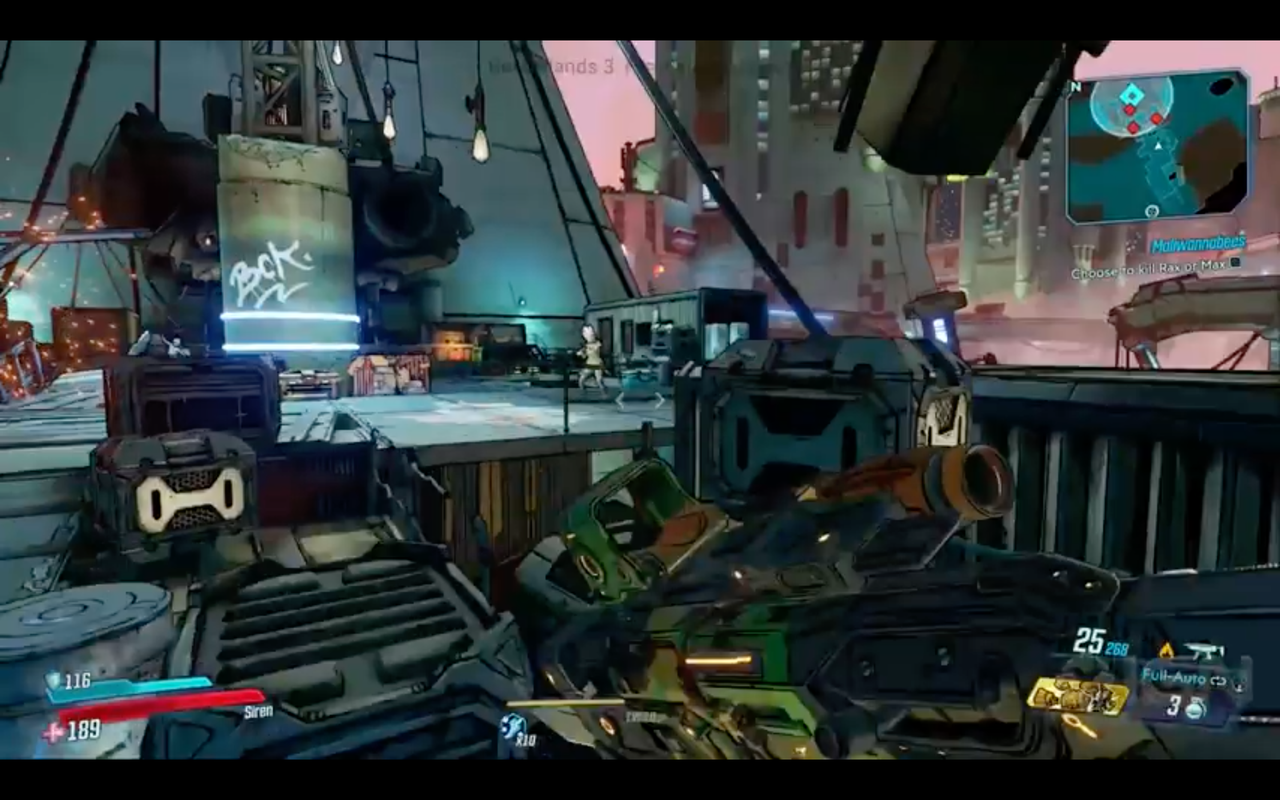 2) Loot-instancing and level scaling can be turned off for those who prefer the classic Borderlands co-op experience.

3) Players use their ship, the Sanctuary III, to travel to planets for the first time.

4) Sanctuary III acts as a customizable hub world and home base that houses characters like Mad Moxxi.

Loot-instancing and level scaling can be turned off

6) Fast travel can be used to travel between points on these planets, and to other planets players have already visited.

8) Players can slide while sprinting and mantle ledges to reach elevated surfaces.

9) Borderlands 3 features more boss fights than any previous game in the series, and will be “the biggest game ever for this franchise.”

11) It purportedly features gore and dismemberment similar to what was seen in the first Borderlands.

More boss fights than any previous game in the series.

12) Enemies can catch fire and burn to ashes, cover can be destroyed and players can melee explosive barrels, launching them into enemies.

13) Oil on the ground catches fire and water conducts electricity.

14) The popular ground-pound ability from The Pre-Sequel has returned.

15) Big bosses will have multiple stages during their encounters.

17) Players can capture new vehicles and add them to the Catch-A-Ride station.

18) Those watching enabled Borderlands 3 Twitch streams can see player inventories, scheduled events, and can participate in loot events to get access to what the streamer is playing.

19) Borderlands 3 will be “Rife with Easter eggs.”

20) Each Vault Hunter has three action skills to choose from starting at level 3.

21) Vault Hunters can equip one action skill at a time, with the exception of Zane, who has the option to equip a second skill instead of grenades.

Each Vault Hunter has three action skills to choose from.

– Digiclone makes a digital copy of Zane to confuse and distract enemies, and he can swap places with his Digiclone at any time.

– Sentinel drops a combat drone that can freeze, attack, weaken or bomb enemies.

– Barrier digistructs an energy shield that deflects fire and provides unique bonuses for Zane and his allies.

– Phasegrasp summons a giant fist that bursts from the ground and locks the targeted enemy in place for a few seconds.

– Phasecast sends an astral projection of herself, dealing damage in its path.

24) Passive skills, augments and modifiers can also be gained further in the skill tree.

A Tale as Old as Time

26) A new cult called Children of the Vault (CoV) have emerged on Pandora.

28) Borderlands 3’s writing and dialogue are designed to match the irreverent style of previous games.

29) At the beginning of the game, Lilith is looking for a key to lead her to vaults on other planets.

A new cult called Children of the Vault (CoV) have emerged on Pandora.

30) Certain parts of the game will have the player fight alongside previous playable characters like Lilith.

31) The cult has a Holy Recruitment Center where a boss named Mouthpiece broadcasts propaganda to Pandora.

32) The Atlas Corporation’s headquarters are on the planet Promethea.

33) Promethea is a futuristic metropolis removed from the wastelands of Pandora.

34) Atlas is under siege by the Maliwan’s Corporation’s private army.

36) The Calypso Twins, Troy and Tyreen, are major enemies in Borderlands 3.

37) Tyreen can siphon life and energy from her victims.

39) Some guns will offer multiple firing modes: one Vladof pistol shown shoots semi-automatic bullets, but can be switched to “micro-missiles” that launch from the gun’s under-barrel.

40) Some elemental weapons can switch between multiple elements, like incendiary and cryo.

42) Borderlands 3 features guns with legs, guns that bounce and act like grenades, and guns that split into MIRV-style rockets.

43) Vending machines have returned and let players auto-refill their ammo.

44) CoV manufactured weapons use an overheat mechanic instead of a reload mechanic: one animation shows the Vault Hunter cooling down a CoV gun with a tiny squirt gun.

45) Torque weapons have an alt-fire that’s delayed so players can keep shooting enemies, and those rounds explode when players reload.

47) Legendary weapons are almost outside of the tiering system, and often have unique and completely different mechanics from typical weapons.

48) Players have a better chance of encountering higher-tiered weapons the higher their character’s level is.

49) There’s no way to level up guns that become underpowered as characters level up.

50) Weapon skins and trinkets have been added that can be used across any gun that players pick up.