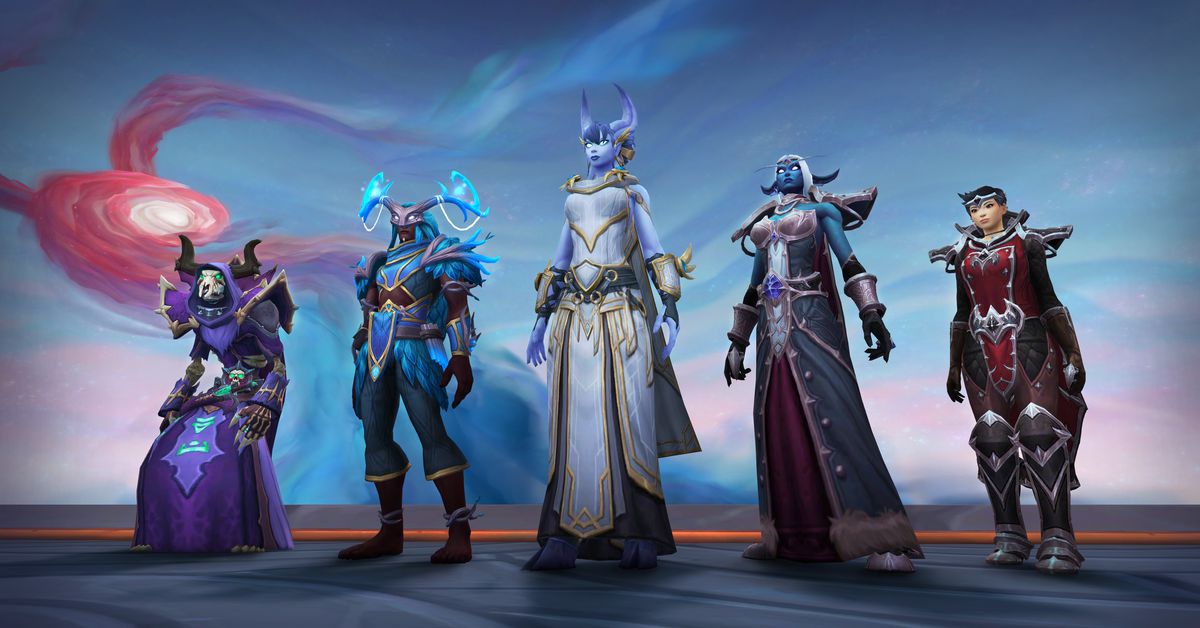 World of Warcraft heroes have been going to wild places in the game’s cosmos lately, like the realms of death, or a Lovecraft-style nightmare world. Some fans, however, wish that we could be going to these places in a little more style.

Even though there are tons of raids and gameplay systems, some of the loudest controversies around World of Warcraft are around customization and cosmetic options, even seemingly minor ones like backpacks or a cozy pair of jammies.

A fan artist with the handle Handclaw has been consistently going viral on World of Warcraft forums throughout the last two expansions, and that’s because his art is of a specific thing that players want very badly. Handclaw, also known as Arthur Lorenz, has created detailed concept art for hundreds of possible armor sets.

Blizzard’s Battle for Azeroth and Shadowlands expansions discontinued the line of “class sets,” which were class-themed full sets of armor that dropped in each major patch. Instead, there were fewer sets with a more focused theme.

When Battle for Azeroth began, Lorenz started his own armor project, creating heritage armor for not just every in-game race, but also their class as well. It’s a massive project, especially since World of Warcraft has grown to include 14 races and 12 classes.

Lorenz has been playing World of Warcraft since launch, and was always fascinated by the raid/class combinations that Blizzard would release over the years. He’s not alone, either. Themed armor sets have always been a big part of the MMO, and some fans pay their subscription just so they can tinker around in the transmogrification system to create the prettiest or most intimidating outfits.

Lorenz has also created an April Fools’ Day project for a hypothetical expansion centered around goblins and Undermine, as well as a concept package for the Barrens Warfront, which showed up in some data-mined code but never officially made it to the game. However, his armor concepts will likely continue to spread among the World of Warcraft fandom, as there’s few things fans want more than to look sweet as hell while they idle in Oribos.