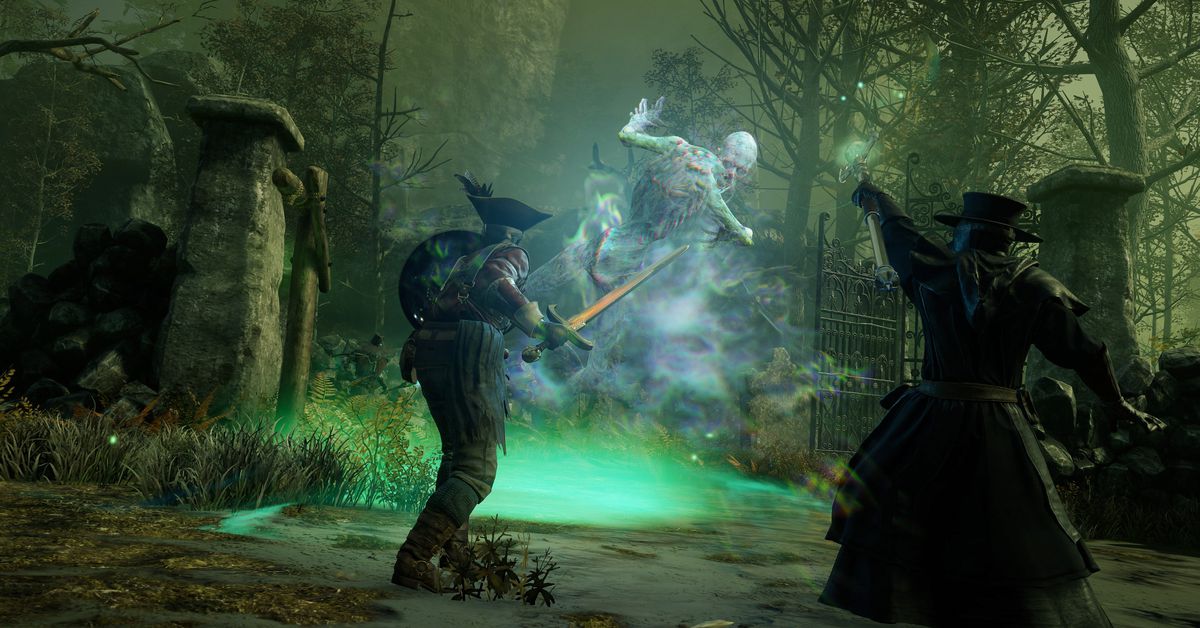 New World is a lush fantasy MMO, but many players are ignoring the game’s actual objectives in lieu of chasing down (or being badly affected by) exploits, bugs, and gold duping. On Wednesday, developer Amazon Games posted an in-depth explanation on the game’s official forums going over many of the main problems and explaining the next steps.

The post, written by community manager under the handle of Luxendra, goes in depth on New World character transfers and the game’s full server status, which is a hot topic in the community. New World has players group together on a server, and if you’re on a different one than your friends, you can miss out on the game’s social experience. As the servers filled up, and transfers were disabled due to a gold duping bug, some groups found themselves split up across different servers and unable to play together.

That’s been corrected; character transfers are re-enabled now for most players, according to Amazon. The developer is also working on region-to-region character transfers, but says “it is difficult to solve and will take time.” In addition, players cannot make characters on full servers, to help cut down on the queue time for the game’s most populated realms.

The economy is also a major topic that Amazon tackles. “From a data standpoint, the economy is performing within acceptable levels. All servers are creating more money than is being removed, and by a good margin,” Luxendra explains. However, the economy becomes tighter at endgame as players hit level 60. Amazon stresses that it will take action if the economy continues to have difficulty, but there are some fixes coming to help things out like endgame bug fixes, turning the Outpost Rush game mode back on, and improving the interface to better highlight high-paying quests.

Of course, there’s still the matter of intentional exploits. The community manager explains that Amazon has tracked duped coins behind the scenes, and those who took advantage of the bug will face consequences.

Amazon has an uphill battle with New World. The developer is still investigating long-term fixes to major problems in endgame activities like Outpost Rush, War, and Invasions. The post is exhaustive in tracking known issues and giving updates on what the developer’s next steps are, which is a great first step, but the follow-up will be critical.

”We are also working very hard to be more actively communicative and present here in the forums on a daily basis,” wrote Luxendra. ”We want to continue to make further improvements, especially on how our Known Issues list and bug tracker work. We hear your feedback, we’ll keep working with you to improve.”