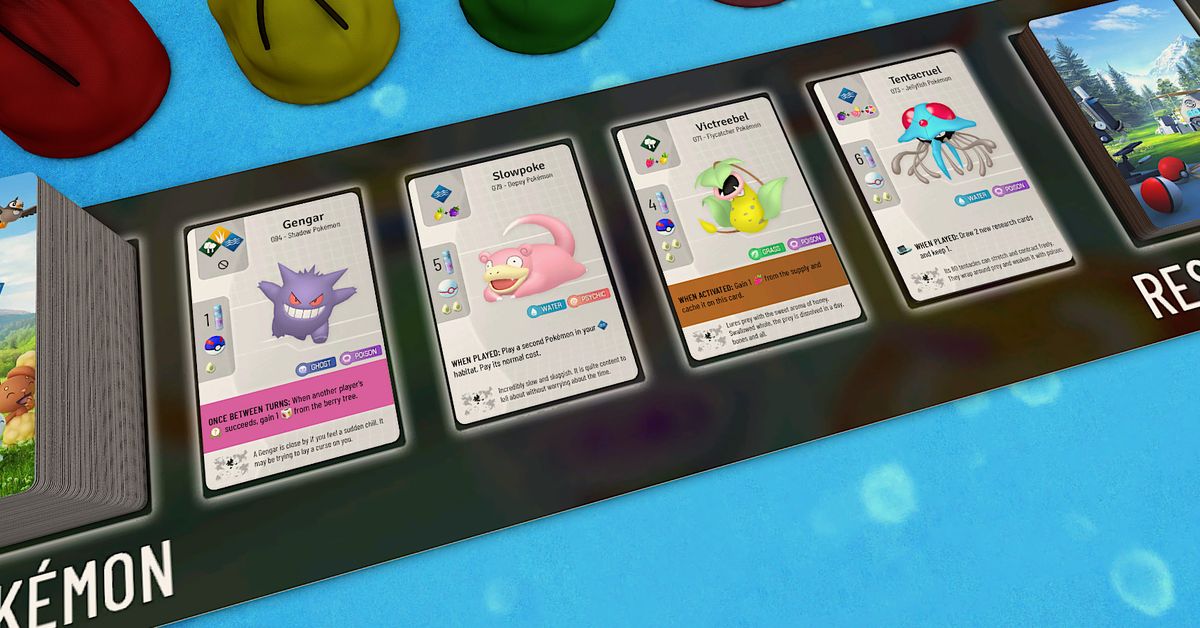 Wingspan, the award-winning board game from designer Elizabeth Hargrave and Stonemaier Games, is about attracting birds to a habitat. Played with cards, Wingspan includes more than 170 birds (counting its expansions) to seek out and collect. And it sounds a little like Pokémon.

That’s why Reddit user lockwinghong decided to modify the Tabletop Simulator version of the game into a Pokémon-themed board game called Pokémon Nursery. The designer originally made a mockup of a Pokémon-meets-Wingspan card last month, and debuted the full version of the game — available for free — on Tuesday. Lockwinghong said they contacted Stonemaier Games for permission to post the fan creation, for free, on Tabletop Simulator.

Pokémon Nursery plays almost exactly like Wingspan, save for the differences on the cards. Here’s the setup, straight from the Steam description:

You are a Pokémon Breeder working at a Pokémon Nursery Center where trainers from around the region drop off their Pokémon to be taken care of. Each Pokémon in your care will add to the chain of actions you can do in one of your habitats. These habitats focus on different aspects of nurturing and breeding Pokémon.

– Feeding Pokémon with berry tokens that are gained via custom dice.

– Laying eggs which are represented by adorable egg miniatures in a variety of colors.

– Receiving new Pokémon at your center by drawing from 170 unique Pokémon cards and playing them.

The winner is the player with the most points after 4 rounds.

Lockwinghong included the original 151 Pokémon on the original Wingspan cards, with the extras added as shiny versions. The designer said they may eventually do expansions with more Pokémon cards.

If you’re interested in checking out the original game Wingspan, it’s available digitally via Tabletop Simulator, Tabletopia, and on Nintendo Switch. The physical version of the game is available, too, with expansions. It was one of Polygon’s best tabletop games in 2020.