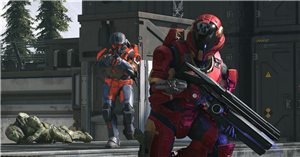 Halo Infinite’s battle pass has been a source of frustration for many players since the game’s multiplayer component launched on Monday, but developer 343 Industries is already trying to fix the problem. On Wednesday, the studio announced that it will make several changes to the battle pass to help players gain XP more consistently.

The first change is new “Play 1 Game” challenges, which should address the frequent complaint that players don’t receive automatic XP for their battle pass after every match — instead, the system only rewards experience when players complete specific challenges.

On Twitter, Halo community manager John Junyszek said the studio is also removing certain weekly challenges that the community deemed too difficult or complicated, and is working on tuning future weekly challenges as well. In addition, the studio will double the duration of the game’s 2XP Boosts from 30 minutes to one hour.

Because the studio is making so many changes to the challenge system, 343 Industries will have to reset the progress of all current challenges. Since this means that players will lose progress toward this week’s Ultimate Reward, the Sigil Mark VII Visor, it will instead be given away to every player that logs in from Nov. 23-30.

Junyszek said that these changes should be coming later this week, but that the developer is also keeping an eye on feedback and overall progress to see if more needs to be done to help make the battle pass more satisfying for players.