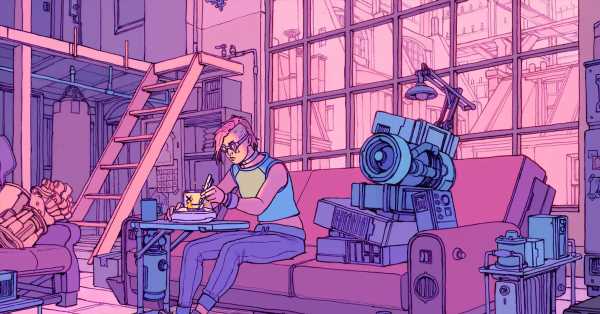 Riot Games’ latest music project is an album of chill lo-fi beats for players to relax/game to. The League of Legends and Valorant developer announced and released the new project on Friday, along with a YouTube animated video that spans the entire album and fits right in to the lo-fi genre.

The album is called Sessions: Vi, named after the League of Legends champion that stars in the video and that the music is themed after.

In an interview with Polygon, Toa Dunn, head of Riot Music, explained the album and animation’s loose story. It starts out with music to help Vi decompress and relax as soon as she gets from from work. Then it transitions to music she can work to, while she’s doing a project or fixing equipment. Finally, it ends with some extra chill music as she reads and gets ready for bed. It’s not a strict narrative, but Dunn says that it helped guide Riot and its musical and visual collaborators as they tried to find the right mood for each track and moment.

Riot collaborated with 20 different artists for the album, which has 37 tracks. According to Dunn, each of the artists will be represented on the streaming pages for their songs on the album, with revenue from streams going to them.

While Sessions: Vi will provide Riot fans plenty of relaxing music to vibe to, Dunn is hoping that the album will find an audience with streamers as well. The entire project is streamer-friendly, meaning that anyone who wants to can listen to it on stream without fear of DMCA copyright strikes.

According to Dunn, one of the team’s goals was to build a bridge between music artists and content creators to make something that both sides could be happy with.

Sessions: Vi is available now in full animated form on the Riot Games Music YouTube channel. The album is also streaming on Spotify, and other streaming services.