Logitech has released an update to its headset line, and included in the new lineup is the updated G432 (See it on Amazon). It’s a replacement for the stalwart G430 that had been around for years, so it was high time for an update. While the looks have only seen minor changes, the significant enhancements have been where it counts: the drivers and the microphone. 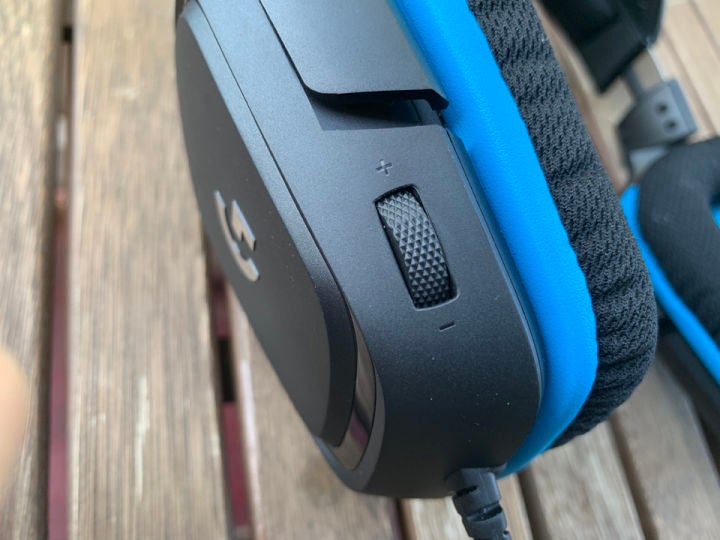 Logitech G HUB software is the replacement for Logitech Gaming Software and can link all your Logitech peripherals in the same was as LGS did. When the G432 is attached to your computer via USB extra sound features can be controlled. 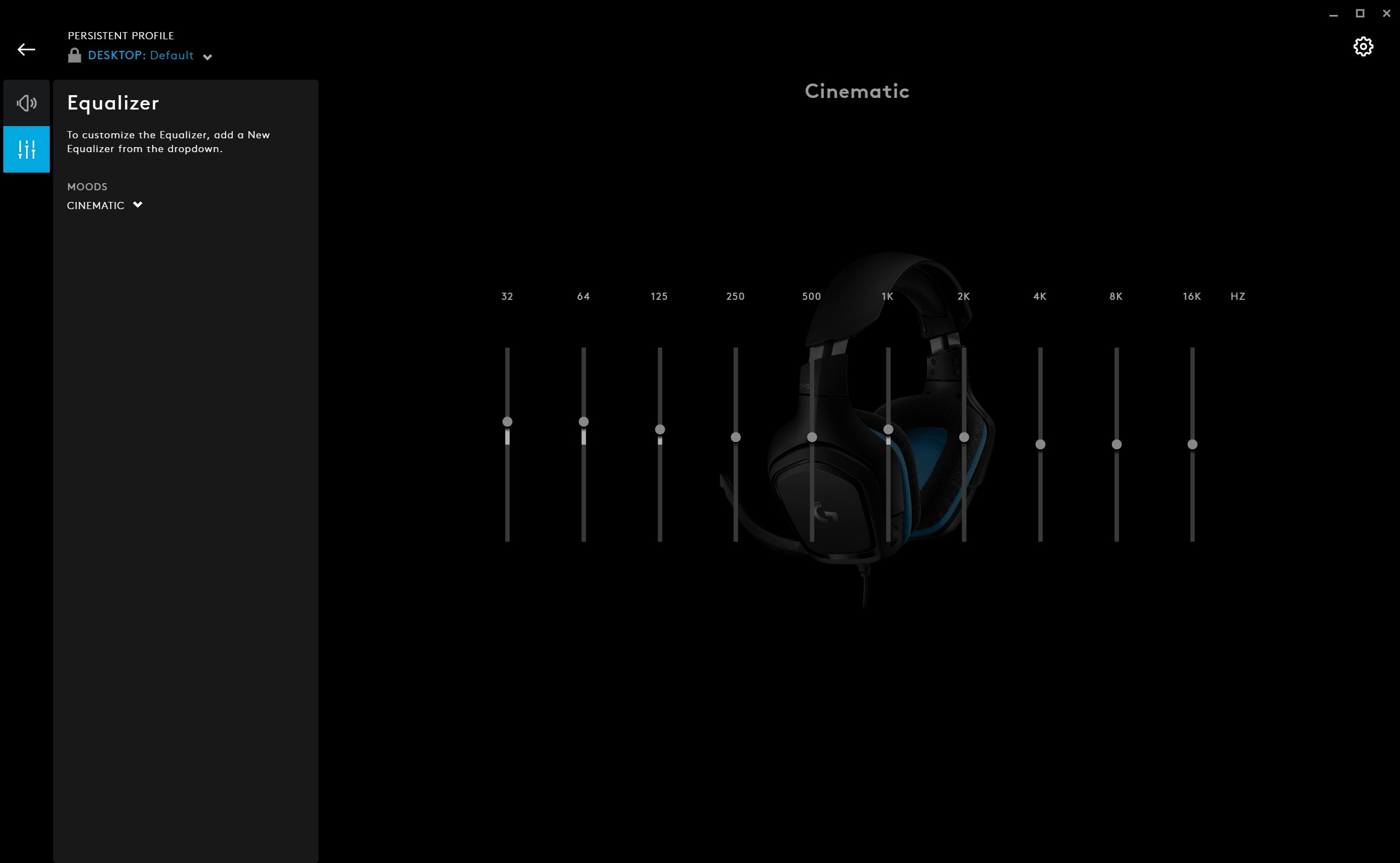 There are different predetermined EQ curves (called Moods) with the ability to add custom EQ tuning with a 10-band equalizer. G HUB is where you can turn on DTS Headphone: X 2.0 surround sound. I prefer G HUB to the old Logitech Gaming Software. I find it easy to navigate and use. Admittedly there aren’t many variables for the G432 since it doesn’t have lighting, but what is there is clear and self-explanatory.

Comfort is an important gauge for headsets. It doesn’t matter how good they sound if you can only bear to keep them on for ten minutes. During all of my long gaming sessions or sessions listening to music while writing this review I never felt the need to take the G432 off because they were uncomfortable.

The clamping force is just enough to keep them securely attached without inducing headaches, and the headband padding rested lightly on the top of my head. They are a little plastic-y, but it didn’t feel like they were on the verge of breaking like some sub-$100 headsets.

The sound of the G432 is very good when connected through the USB dongle.

The sound of the G432 is very good when connected through the USB dongle. The midrange is clear, and the high-end has some nice sparkle although it’s a bit understated. Bass response is more subdued than has been the trend since Beats came out, and it’s a refreshing change. There’s nice clarity and it doesn’t overpower the midrange. 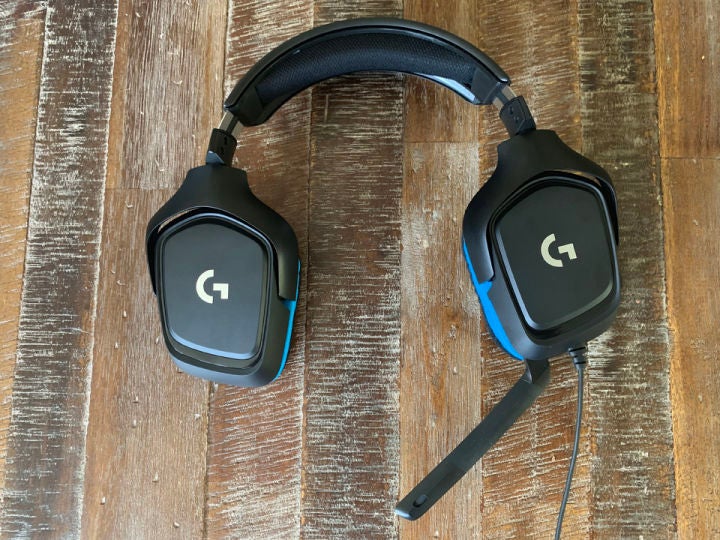 That great sound is evident in games with large dynamic ranges like Battlefront II and Destiny 2. The action envelops you with explosions having depth without obscuring weapon fire coming from different directions. The DTS surround placed effects accurately and helped me know where an enemy was attacking from. It’s a significant advantage over playing with a stereo mix.

The sound profile changes though when the USB is taken out of the mix.

The sound profile changes though when the USB is taken out of the mix. When connected with just the 3.5mm connector it sounds like a thin blanket has been put between my ears and the drivers. Everything is a bit muffled, especially in the midrange. Dialogue is missing the same presence it has over USB and is a bit lackluster. It’s not a drastic change, but enough to be a little disappointing coming from listening through USB.

I first noticed the difference moving from Destiny 2 on my PC to sail with friends in Sea of Thieves on my Xbox One X. The cannons didn’t have the thump I was used to and the clanging of swords was missing some sparkle.

For surround sound support, the G432 uses DTS Headphone: X 2.0, a new update to the 7.1 DTS surround engine that’s been around for a few years. The new version has better surround sound placement and separation than the original. In both Destiny 2 and Battlefront II, I had an easier time accurately hearing where blaster fire was coming from when NPCs weren’t directly in front of me than I did on older DTS Headphone: X headsets. This allowed for a more immersive experience. The one drawback was the low bass. It sounded like there was an extra push to the bass with surround turned on that the drivers couldn’t quite handle, resulting in some slight low-end distortion. The surround processing is done with the Logitech G HUB software, so it can only be turned on while the G432 are connected via USB.

Where the G432 excels is with its mic. Everyone I played with commented on the clarity of my voice and even slightly preferred it to more expensive options like the Logitech G935 and Audeze Mobius microphones.

The Logitech G432 Gaming Headset has an MSRP of $79.99 but can often be found online for slightly less. 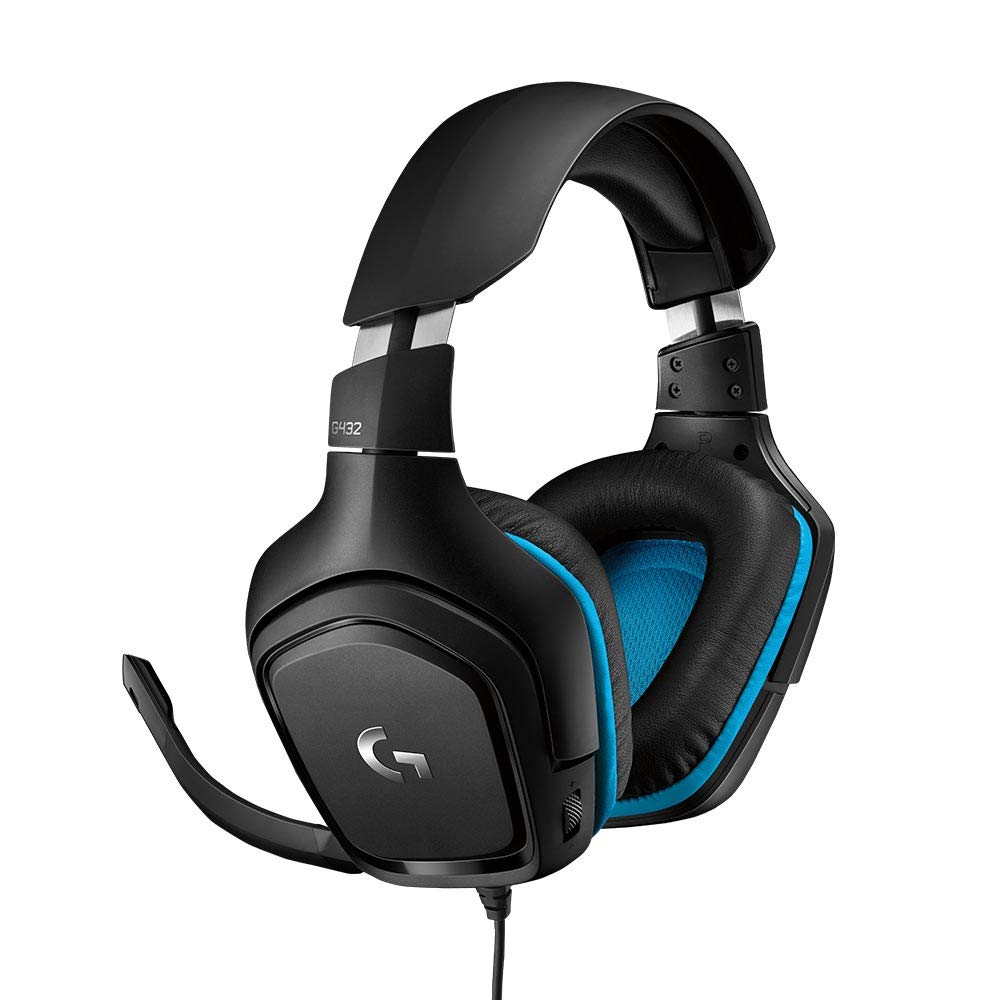 The Logitech G432 Gaming Headset owes a lot to its predecessor, the G430, especially in the looks department. Because of that they feel a little dated. They make up for it in their sound quality though, at least through USB where they rival headsets twice their price. Some of that quality is compromised when the USB soundcard is removed, but they still provide an enjoyable experience on consoles.