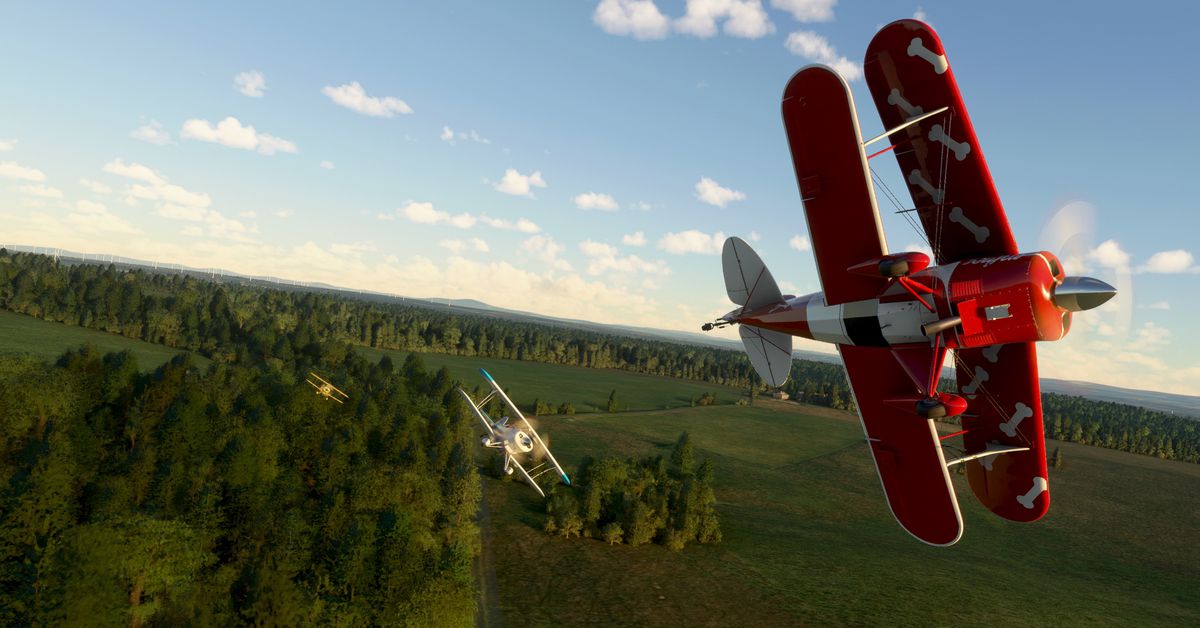 A major update is coming to Microsoft Flight Simulator on Windows PC and Xbox Series X, one that will add five new aircraft (including the game’s first military jet, the Boeing F/A-18 Super Hornet), eight new airports, and other new community-requested features. Microsoft and developer Asobo Studio are calling the update Microsoft Flight Simulator: Game of the Year Edition and it will be a free release for existing owners on Nov. 18.

Microsoft Flight Simulator: Game of the Year Edition will also be available through Xbox Game Pass for console and PC.

The flight sim’s November update will add the previously mentioned Boeing F/A-18 Super Hornet — that jet was planned to be a key component of the Top Gun: Maverick expansion, prior to that film’s delay to 2022 — as well as the VoloCity eVTOL helicopter, the Pilatus PC-6 Porter, the CubCrafters NX Cub, and the single-seat Aviat Pitts Special S1S.

Simmers can take those new aircraft to new airports in the U.S. and Europe. Here are the eight new airports being added with Microsoft Flight Simulator: Game of the Year Edition.