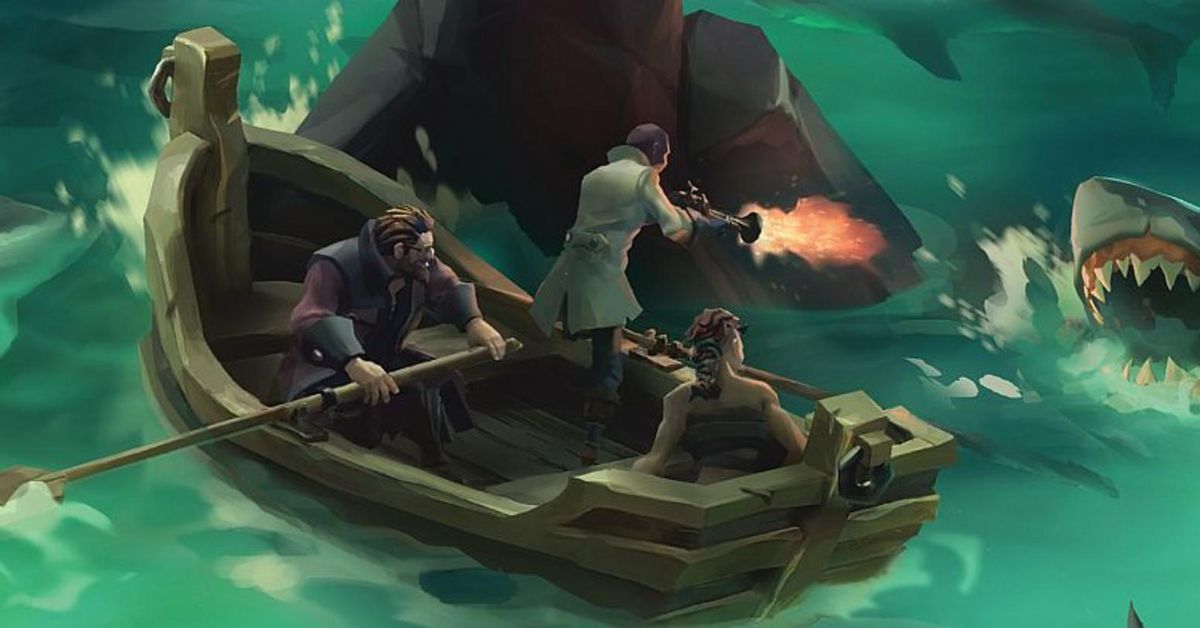 Sea of Thieves has a collection of seaworthy vessels, from the humble two-person sloop to the mighty galleon. According to a new teaser from developer Rare on Twitter, the game’s tiniest ship is about to get a big — and violent — upgrade.

Rare’s Twitter post reads “Looks like the shipwrights have been busy …” and an accompanying video zooms over a sloop, a brigantine, and a galleon to reveal a rowboat … with a cannon.

That’s right — the game’s tiniest ship, meant for emergencies and hauling treasure, is now capable of offense. If a rowboat captain is determined enough, they can start sinking much bigger vessels.

The rowboat first appeared in the Forsaken Shores update, which added the fiery Devil’s Roar region to the map. Rowboats quickly became critical for many crews, as they allow them to park their larger ship in a safe places, out of reach of fiery volcanoes, and then row through the danger zones. A rowboat can also be loaded up with precious cargo, saving pirates on back-and-forth trips from the treasure to their ship.

Rowboats spawn randomly in the world. A later update added the possibility of a rowboat to have a harpoon attached, which is certainly helpful, but it’s not nearly as nice as a cannon.

Clever Sea of Thieves players have already gotten lots of use out of the rowboat in PvP; for a while, a common tactic was for crews to gather on a rowboat and stealthily approach other ships in the dead of night. Now, with a cannon attached, rowboats are about to become a much more potent threat. We’ll likely find out more about the other new tools coming to Sea of Thieves in the upcoming season 5 update.