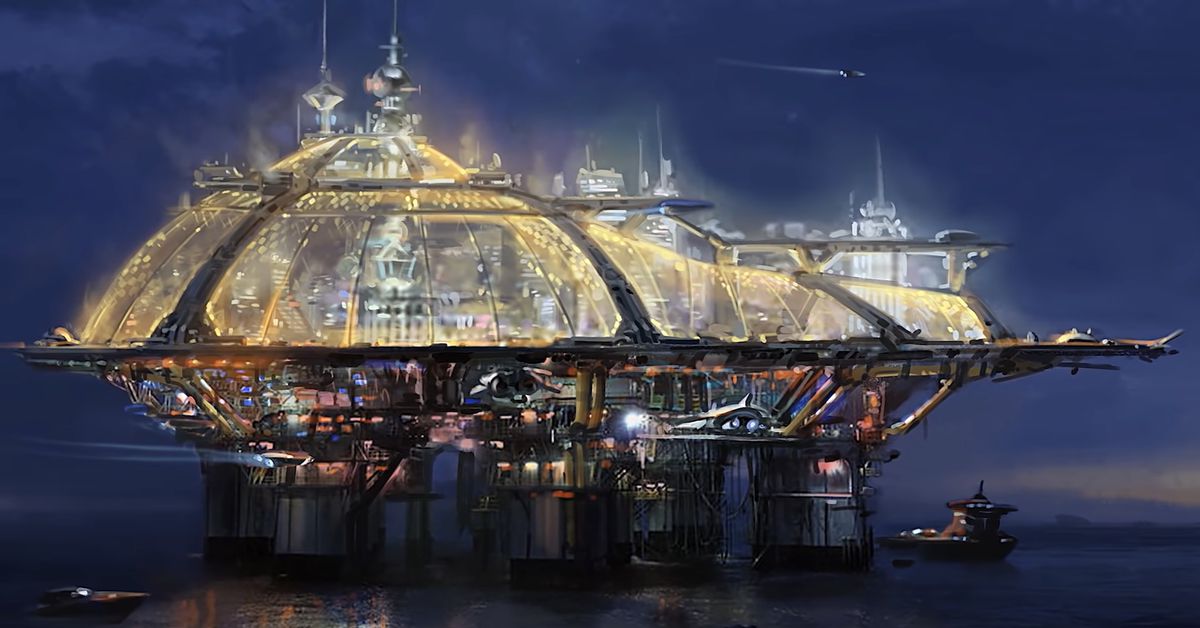 Bethesda Game Studios released the teensiest bit of new info on Starfield, its sci-fi action RPG, on Friday, offering glimpses of three worlds that players can visit when the game launches next year. One of those locations is a kind of Space Amsterdam, a destination named Neon where visitors go to get completely wasted on fish.

Neon, a “pleasure city” built on a massive fishing facility, is home to a breed of psychotropic fish that creates a naturally occurring drug known as Aurora. And since Aurora is only legal on Neon, it’s the go-to spring break destination for astronauts looking to get absolutely blitzed on mind-altering fish sauce. Apparently, other similar only-legal-there pleasures await visitors on Neon.

Other locations revealed that are less driven by a fish-based drug economy are the United Colonies capital city New Atlantis, a metropolitan “melting pot” with residents of every race, creed, and ethnicity. Starfield design director Emil Pagliarulo calls New Atlantis “a true reflection of the future of our world.” There’s also Akila, the capital city of the Free Star Collective, a loose confederation of three distinct star systems.

“The city itself is home to a variety of people, but they all have one thing in common: They believe in the sanctity of personal freedom and individuality,” Pagliarulo says in the video. Akila’s residents also believe in walls — because they protect Akila from the deadly Ashta, a life form that Pagliarulo describes as “alien predators that are a cross between a wolf and a velociraptor.”

Bethesda fans got a glimpse at Akila, New Atlantis, and Neon in a behind-the-scenes video for Starfield that dropped in June at E3 2021. But all we’ve seen so far is that concept art and a cinematic in-engine teaser trailer, so there’s still plenty yet to be revealed about Starfield.

Starfield will be released on Xbox Series X and Windows PC on Nov. 11, 2022. It will be available on launch day with Xbox Game Pass.