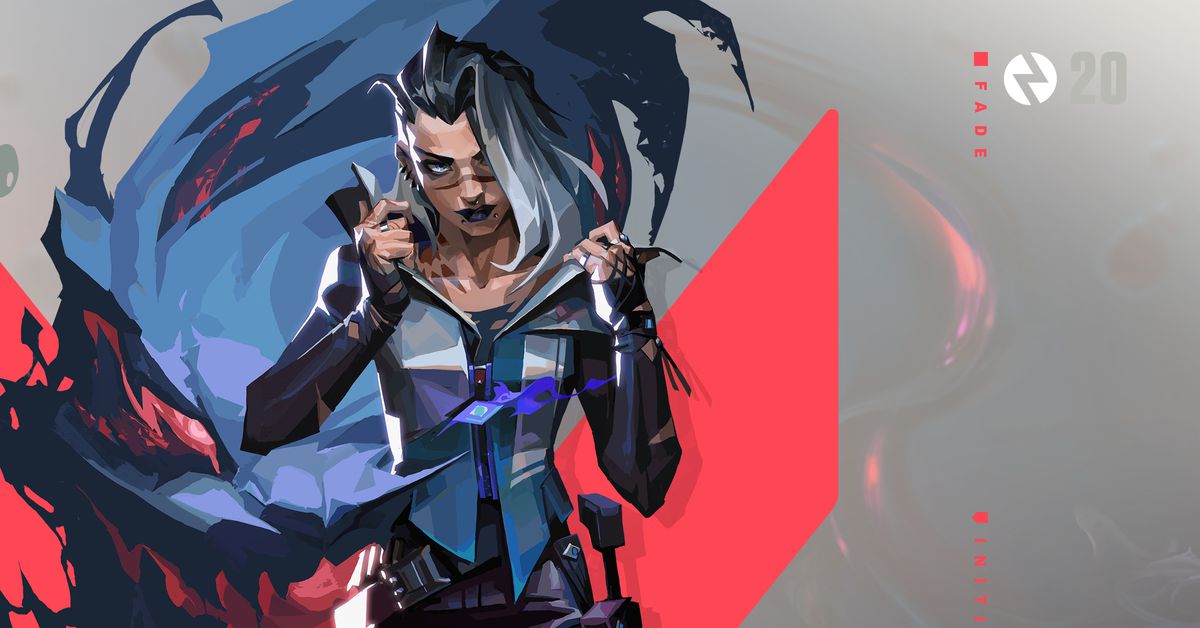 Valorant’s latest Agent is a hunter who’s in touch with some deadly looking shadows. The new Agent’s name is Fade, and it seems like her abilities let her reveal her enemies’ locations. She was revealed during the finals of Valorant’s Masters Reykjavík tournament on Sunday. Fade is set to come to the game as part of Episode 4 Act 3, which should be released next week.

Fade’s abilities focus on finding enemy players and either blinding them or keeping them in place once she does. One of her skills uses a ball of shadows to near-sight enemy players, while another creates a small circle on the ground that will keep players tethered to it if they get too close. She also has a recon ability that will spot players and draw lines to their location, while her Ultimate does something similar across a large section of the map.

For a full look at Fade’s abilities you can find Riot’s official description below.

Equip a nightmarish entity. Fire to throw the orb which will plummet to the ground after a set amount of time. Upon hitting the ground the orb will turn into a nightmarish entity that will reveal the location of enemies caught in its line of sight. Enemies can destroy this entity. Re-use the ability to drop the projectile early in flight.

Equip an orb of nightmare ink. Fire to throw the orb which will plummet to the ground after a set amount of time. Upon hitting the ground, the ink will explode and create a zone in which enemies who are caught in it cannot escape the zone by normal means. Re-use the ability to drop the projectile early in-flight.

Equip a Prowler. Fire will send the Prowler out, causing it to travel in a straight line. The Prowler will lock onto any enemies or trails in their frontal vision cone and chase them, near-sighting them if it reaches them. Hold the fire button to steer the Prowler in the direction of your crosshair.

Equip the power of Fear. Fire to send out a wave of nightmare energy that can traverse through walls. The energy creates a trail to the opponent as well as deafens and decays them.